Beijing's surface ship building industrial capabilities probably will be superior than Russia soon if not already. At least they been pumping warships of all sizes like ape shit crazy, while Russia is struggling to build one frigate,much less anything larger. I don't see what interest a few miniature models that Russia put on tv gonna generate with China.
K


donnage99 said:
Russia is struggling to build one frigate,much less anything larger.
Click to expand...

That doesn't make much sense.


They're currently building or have already launched the largest SSN design yet seen (5 units), as well as the second largest SSBN design yet designed (6 units).


Within the last decade or so, they built 6 frigates for the Indian navy, the 4000 ton Talwar class, and have either launched or laid down 5 Admiral Grigorovich (4100t) and 4 Admiral Gorshkov class (4600t).


The engine issues were really political, and a hangover from the USSR period and way of doing things. It appears now that there will be a 2 year delay whilst production of the turbine units are transferred to their co-developers in Russia.
Ditto for the Mistral, which seems to have been a political decision, more than anything else. The 2 Russian portions, which includes some of the more technical building requirements, were launched on time and on budget, before being shipped to France for joining up with the French portion.


I'm not saying their shipbuilding industry isn't having issues, but it is worth bearing in mind that they have reorganised the entire industry, quite a task in itself, and it appears as if some segments did well, and others not so well.


On topic, I doubt very much they'll build large carriers anytime soon though. One suspects that other programmes will enjoy higher priorities.

Sorry but first of all how will they pay for all this - besides the PAK-FA, PAK-DA, the re-newed Tu-160-production .... ??? - and even more where should this carrier be build ??

by the way You mentioned the largest RuN vessel build with a displacement of 4600t .... just compare how many Type 052D destroyers were laid down or even finished in parallel in China (with 7500t each), what's about the Type 071 LPDs (about 20.000t) ... I really do not want to start a comparative contest, but the Russian shipbuilding industry is a shadow of its former capabilities and this can't be corrected within a few years.

Deino, if you re-read through my post and the quote I'm answering, you will see that the statement that "Russia is struggling to build one frigate" is not bourne out by any facts.
I provided examples.

I was not comparing their building rate to China.
That would be silly, which is why I never mentioned it in my post.
Nobody on the planet right now is building as many naval vessels as China.


Apart from that, we are in broad agreement, as can be seen by my statements:


I'm not saying their shipbuilding industry isn't having issues, but it is worth bearing in mind that they have reorganised the entire industry, quite a task in itself, and it appears as if some segments did well, and others not so well.


On topic, I doubt very much they'll build large carriers anytime soon though. One suspects that other programmes will enjoy higher priorities.
Click to expand...

The Krylov State Research Center Lavina, 'Avalanche' in English, class of helicopter carrier has been developed to replace the Mistral-class warships within the Russian Navy. The Lavina class ship feature a displacement of 24,000 tons and a semi-trimaran hull design capable to sail 5,000 nautical miles at 18 knots without a port call and a maximum speed of 22 knots. The crew consists of 320-man and an additional 500 troops/marines with 50 armored vehicles and six landing crafts. The Lavina helicopter carrier project was unveiled at Army-2015 exhibition outside Moscow on June 19, 2015.

The model of the new aircraft carrier, the Storm Supercarrier, was unveiled in St Petersburg, Friday. The carrier is designed to accommodate the needs of multiple combat situations, in a variety of conditions and is capable of striking at either sea or land targets.
Click to expand...

Yeah, no. When was the last time Russia built a carrier? I think we're seeing a desing project that will swiftly and silently vanish away when the full cost becomes apparent.

Are they serious? Going to build a large vessel with a hullform that may work in a small vessel (similar hydrostatic and aerostatic concept to the M-Hull but without the finesse) without a trials vessel first? Or maybe this will be a round about way to build the first submersing amphibious assault ship? Might just have a problem getting it to surface after that first submerge.

Here a (older) CGI-Video of the Storm Supercarrier project.
https://youtu.be/hgD_WO2GfJo

According to Russian state owned news agency TASS citing a spokesman for the United Shipbuilding Corporation (OCK), Russia’s future aircraft carrier Project 23000E "Storm" will have to be equipped with a nuclear power plant.

"The project of a future Russian aircraft carrier, or as it is sometimes referred to as naval aircraft carrying complex, is in the design phase. Research conducted by the Nevskoye Design Bureau indicates that the sole way of meeting the Navy’s requirements, such as power generation, sea endurance and voyage range is to equip the ship with a nuclear power plant," the source said.
Click to expand...

■ Russia’s state-owned United Shipbuilding Corporation (USC) believes it will commence manufacturing aircraft carriers from 2019, according to the company’s president, Alexey Rakmanov. USC is currently undergoing modernization works of their technological capabilities, and if completed on time, will be able to commence building the vessels required to transport and launch helicopters and aircraft. The only Russian aircraft carrier in service is the Soviet era Admiral Kuznetsov and is expected to be in service until 2030 after mid life refits over the last few years. The announcement comes alongside projected 2015 income for the company at between $4.48-4.5 billion, and as much as $212.34 million in net profits. In 2014, the US Department of Treasury added USC to the Financial Sanctions List as a result of Russia’s involvement in the ongoing conflict in Ukraine.
Click to expand...

I beleive the video's also claiming it would be "arctic-rated" and have a larger air wing than a Ford. The forward island appears to be a poor copy of the former Enterprise's island as well, heh.

I'm going to chime in here with one industry opinion and point out that although Krylov's hydrodynamics and other fundamentals are top-notch, their naval concept ship design is legendarily nonsensical and everything above the waterline should be regarded as "industrial design" rather than "naval architecture". i.e. purple crayons.

RP1 said:
I'm going to chime in here with one industry opinion and point out that although Krylov's hydrodynamics and other fundamentals are top-notch, their naval concept ship design is legendarily nonsensical and everything above the waterline should be regarded as "industrial design" rather than "naval architecture". i.e. purple crayons.
Click to expand...

Just looking at it again do you think the entire green area (anti marine fouling) is to be submerged or is it meant to be a catamaran? If its the former I can see some advantages (though it would be very hard to build) but if the later its crazy.

I think it's supposed to be fully submerged. It's an interesting way of making a large ship that can be beached, but it's going to have higher resistance due to the increased wetted surface area.

And beaching a ship like that is just a dumb idea.

It's also clear that whoever designed it has little idea how beaching operations are actually done. There's no sign of a stern anchor or winch to retract the ship off the beach, for starters.

Via DTIC, a Center for Naval Analyses paper from 1984 titled 'Aircraft Carriers in Soviet Naval Theory from 1960 to the Falklands War'.
R

Why would you want to beach the aircraft carrier?

Why would you want to beach the aircraft carrier?
Click to expand...

It's an LST, too - there is a vehicle ramp at the bow. It's not a completely absurd idea, if you want a single vessel to have multiple methods of landing a force, it's just... very crowded conceptually.

A smidgeon of salt may be required...

"We create new shipyards and build a new gigantic dry dock in the Far East. If the order is received for an aircraft carrier with a displacement of 110000-115000 tons it will be physically possible to build it beginning from 2020," he said.

The Russian aircraft carrier will be considerably less costly than US analogues, he added.
Rogozin said orders for such warships depend on the needs of the General Headquarters which determine the necessity of combat engagement of aircraft carriers.

The production facility for such warships can be Zvezda Shipyard in the Far East where a 114-meter wide dry dock is being constructed. "Now we have no limitations by the tonnage of civilian vessels and warships which we can build there," Rogozin said.

The Russian Navy earlier said it plans to get a perspective nuclear aircraft carrier by 2030. Deputy Defense Minister Yuri Borisov said the contract for the construction of a new aircraft carrier can be signed in late 2025. Russian Industry and Trade Minister Denis Manturov said the detailed design of the aircraft-carrying warship has been created and submitted to the Russian Defense Ministry.
Click to expand...

When was the first news leaked out that Russia wants to build multiple supercarriers by mid century? 2010?
M

"The Russian aircraft carrier will be considerably less costly than US analogues, he added."

What I'm reading in this is "The Russian aircraft carrier will be considerably less capable than US analogues, he added."

Tzoli said:
When was the first news leaked out that Russia wants to build multiple supercarriers by mid century? 2010?
Click to expand...

Sometime around then, I think a bit earlier in fact. I remember it being a small article in the International Herald Tribune from before that guy got offed with Polonium tea.

Some interesting theories about how Naval Aviation Flankers and the Kuznetsov would have been employed in a WWIII scenario: http://www.tboverse.us/HPCAFORUM/phpBB3/viewtopic.php?f=6&t=24263 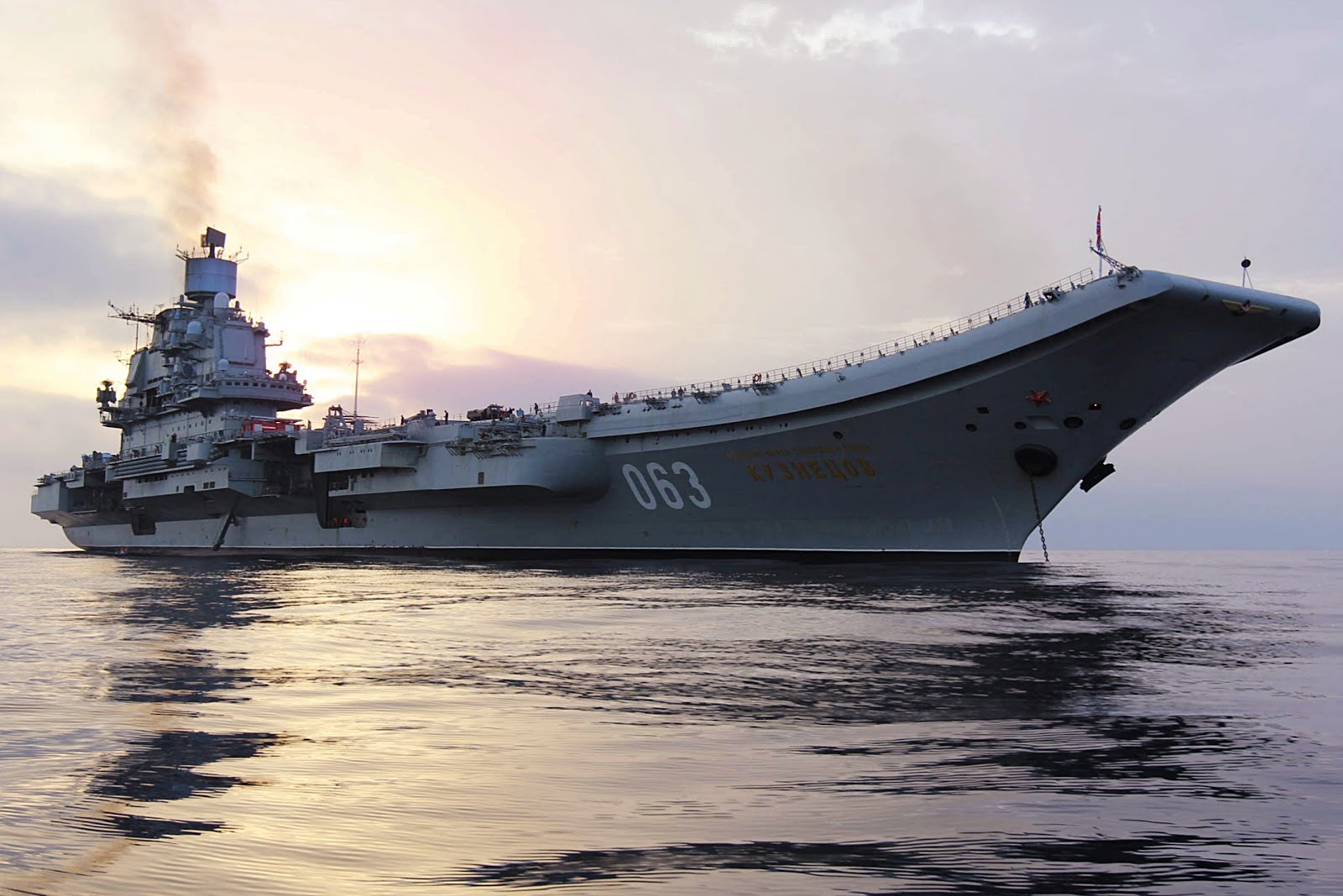 Here I leave the link of my latest work on the Project 1143.5 Kreml Admiral of the Soviet Union Fleet Kuznetsov, the most extensive compilation in Spanish, I hope you like it, if you have a correct or contribution That the best, in advance very grateful, is mentioned in a section of thanks for contributions made of the blog.

Thank's for the pics Triton!

The AEW aircraft, are they simply out of the hat depiction of AEW platform for sexiness, or do you think these might possibly be an actual project in development, do you think?

Pioneer said:
.... or do you think these might possibly be an actual project in development, do you think?
Click to expand...

Pioneer said:
.... or do you think these might possibly be an actual project in development, do you think?
Click to expand...

Thank you Jemiba for the link, by the model on the deck of the model posted by Triton doesn't look like the Yak-44E

Looks very much like a Yak-44E to me, just with jet engines instead to props (or more likely just with the prop removed).
K