dan_inbox said:
The photo "He 274 pic1.jpg" is labelled on my disk as Ateliers Aéronautiques de Suresnes AAS-01A at CEV in 1946.
Click to expand...

Oh thanks a lot.

Here is some good footage of the Heinkel He 274 (AAS 01) serving as the mothership for the SNCASO SO.M1 (F-WFDJ) in this British Pathé newsreel footage, circa 1950. Some John Paul Stapp rocket-sled footage (using the modified V-1 track at Muroc (Edwards) AFB) subsequently follows in this "Air News" feature.
http://www.youtube.com/watch?v=WpHe9XwnZuw

From Ebay, some french drawings made not long after the war

Do you know the he 177 A2 variant wich was a recce aircraft(abandoned) and the A4 wich was a A3 with pressurized cockpit?
S

There were proposal to equip Bomber with parasite fighter Me 328
except that is Mistelgespann means: Me 328 fly the He 177 full of explosive

There were proposal to equip Bomber with parasite fighter Me 328
except that is Mistelgespann means: Me 328 fly the He 177 full of explosive
Click to expand...

There were proposal to equip Bomber with parasite fighter Me 328
except that is Mistelgespann means: Me 328 fly the He 177 full of explosive
Click to expand...

Or the first reason,to protect the mathership.
Click to expand...

Both is correct. This particular drawing in #48 is from Fritz Hahn "Flugzeugbewaffnungen" (p.407). He mentions both: a parasite fighter for defence of the He-177 on it´s one way trip to the USA and as a explosive carrier.

If we take this drawing literally, it wouldn't make much sense as a Mistel explosive carrier, I think.
Still to be fitted with gun turrets would be unlikely then, and AFAIK, German Mistels for air-to-ground
missions were generally fitted with shaped charge warheads.

Jemiba said:
If we take this drawing literally, it wouldn't make much sense as a Mistel explosive carrier, I think.
Still to be fitted with gun turrets would be unlikely then, and AFAIK, German Mistels for air-to-ground
missions were generally fitted with shaped charge warheads.
Click to expand...

Probably just a proposed use of piggybacking on the 177 for testing. Maybe there were concerns about the 217 not having enough power for the extra drag of the 328 with engines?

As the Me 328 was proposed as parasite fighter, the only suitable way to carry it probably would have
been piggy-back. The same for using it as independent attack aircraft, I think, the carrying bomber would
have kept his full armament in the case of a parasite fighter, his bomb load, too.
But as a Mistel, with the He 177 used as a missile, just stuffing the fuselage full of explosives probably
wouldn't get the best efficiency.
S

any drawing regarding the heinkel 177 A4 pressurised variant cockpit?

Your SECOND one IS the He 277...Amerikabomber!

Bader's Briar here - and if you check out the English language Wikipedia entry on the He 277 Amerikabomber , I've had a LOT of input into that article. over a good number of years! 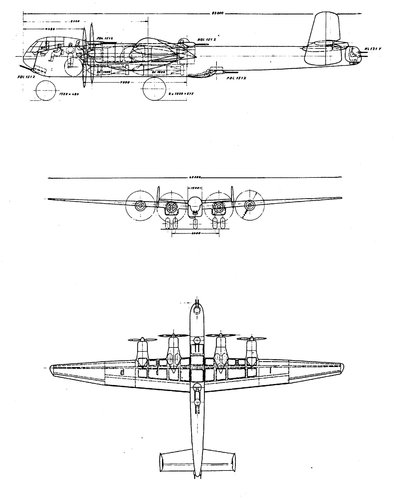 The He 277 Typenblatt 3-view shown above jibes with the Griehl/Dressel book's... 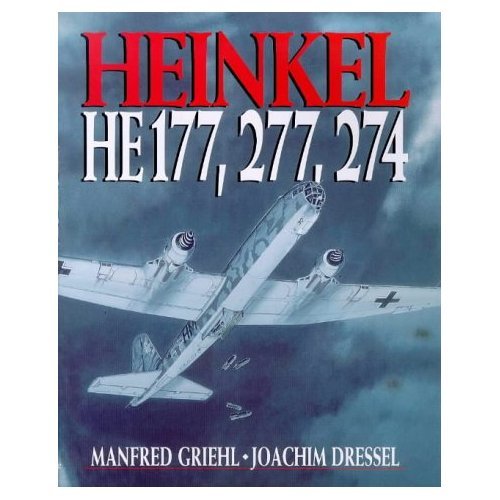 ...assertion of it being meant to ONLY be powered with a quartet of BMW 801 radial engines, shown on the above drawing of the nosewheel version, and when that drawing is viewed alongside the one (shown below) for the He 277 bomb loadout chart on page 184 of the above book... 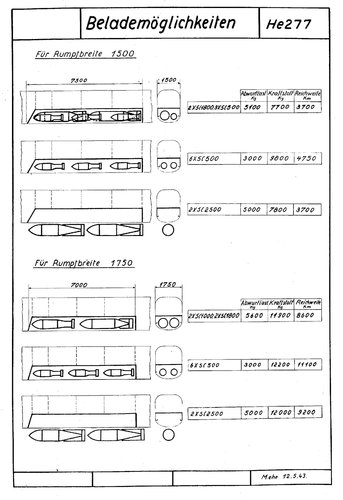 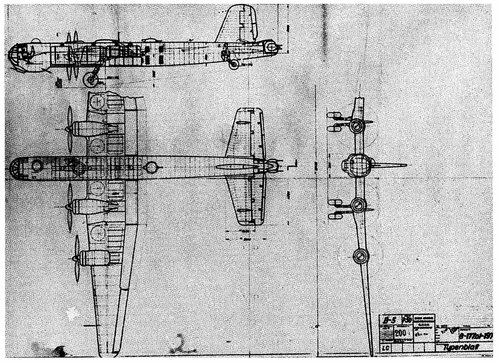 ..ended up being wrecked by Luftwaffe ground personnel (most likely) right near the Reparatur-Werk Eger facility (Cheb, Czech Republic) by the end of the war, essentially at today's Cheb Airport... 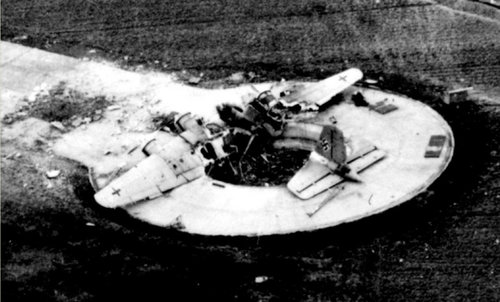 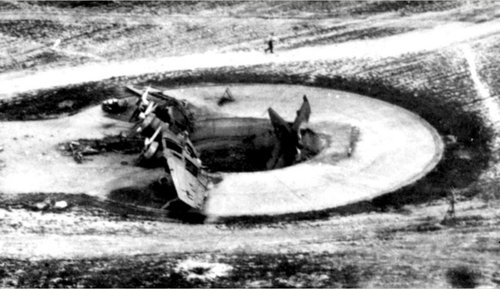 ...nothing is "definitively" known of the twin-tailed V102's fate (it first flew in December 1943), while the V103 and unfinished V104 prototype airframes were wrecked by 15th Air Force B-24 raids on Floridsdorf. Austria on July 8, 1944 at the Heinkel-Süd facilities there.

So, with the four-ordered He 177B prototypes, the pair of He 274s finished in France after the war for motherplane duties with French air-launched X-planes through about 1948... 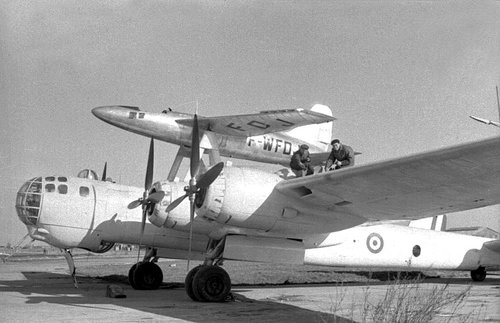 That Griehl/Dressel book IS a hard-to-find one, at times...but if one becomes available online, like at Amazon, and you've got a serious interest in the entire "family" of He 177-family designs, jump at it, if it's not TOO "outrageously" priced.

Thanks and Yours Sincerely,
Bader's Briar

Given that we know that the true He 277 was a different aircraft than the He 177B, does anyone know when aviation historians first invented the He 277B-5 and He 277B-6 designations for the He 177B and He 277 respectively?

The Wikipedia entry on the He 277 has a number of inaccuracies. For example, while the He 277 was initially intended to have BMW 801s, by December 1943 the 801 was no longer part of the design, as shown in this RLM data sheet from December 1943. 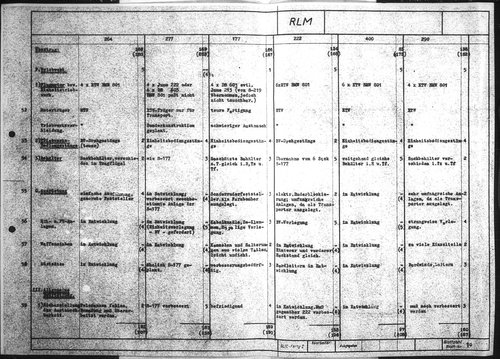 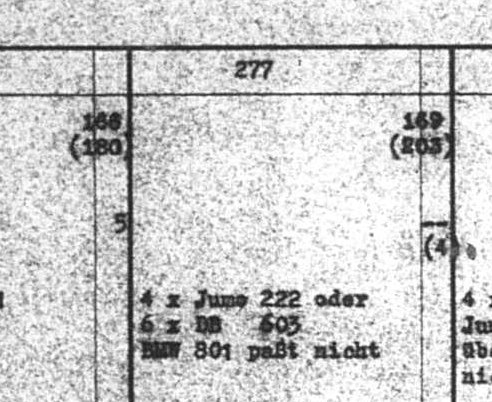 Other inaccuracies include the idea that the Ta 400/Fw 300 A was in any way related to the Fw 300 (Fw 200 successor) - it wasn't - and the idea that the 'last competitor for the He 277 was the Ju 488' - it wasn't. That would be the Ta 400.
The 'Fw 300 A' designation was purely a codename used whenever Focke-Wulf's French subcontractor SNCASO were involved. They had previously worked on the Fw 300 transport and it suited Focke-Wulf to have them think that the 'Fw 300 A' was in some way related to it. French drawings of the 'Fw 300 A' show the Ta 400 without any turret or other armament detail.
Here are some RLM and Focke-Wulf documents from June 1944 showing preparatory work for the construction of the Ta 400 V1. 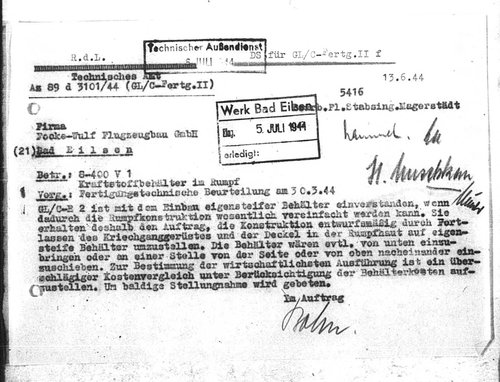 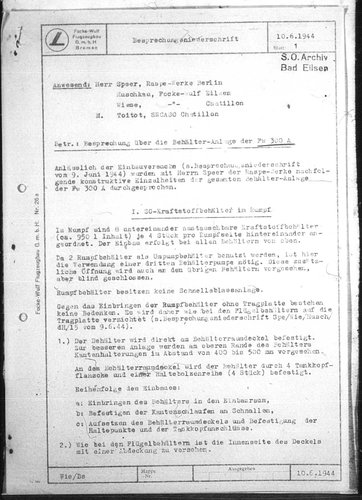 Some questions about the Heinkel He 219's Nacelle Thrust Line

I noticed that during take off and landing (the airport is Rostock Marienehe), the He 219 passed behind a He 177, and some details caught my attention:
1) the glazed nose is the typical rounded version of the V prototypes;
2) only the rear dorsal turret is present, but only as a dummy with a metal cover;
3) there is a "pack" installed on the tail;
4) the typical four letter code on the fuselage is missing.
After a brief research, I think that this He 177 is the V15 prototype (Werk nr 355001), used for testing a tail parachute as dive brake (the "pack" on the tail).
The video was taken after (at least) November 6, 1942, the date of the He 219 V1 first flight, and before June 24, 1944, when He 177 V15 crashed during tests.
Here some other screenshots from the same video: 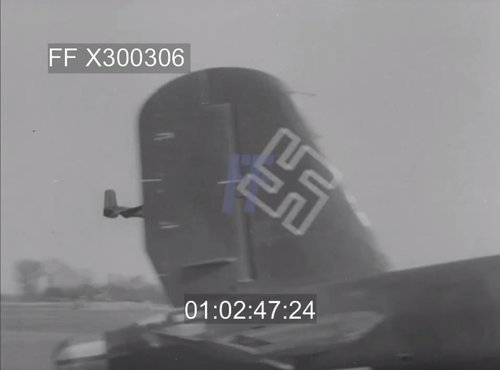 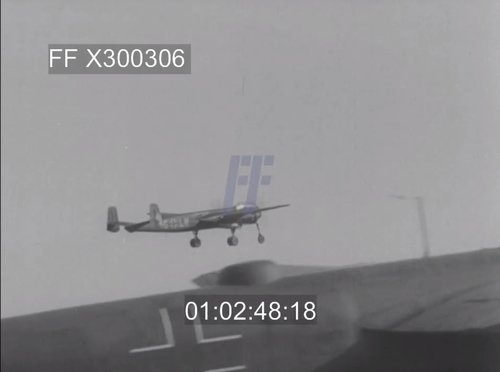 The rounded glazed nose. The port engine is working; There is a small white text on the fuselage. 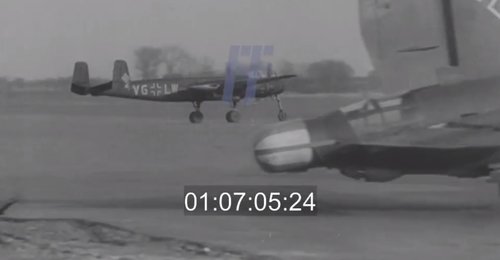 The parachute pack on the tail. 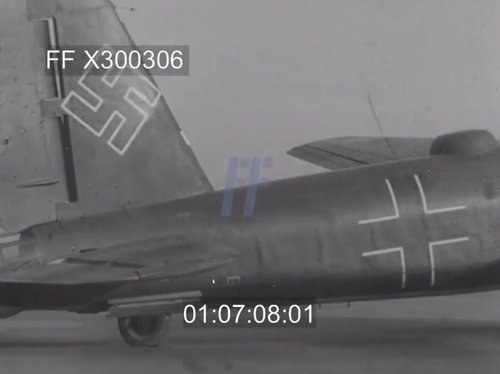 No four-letter code on the fuselage. 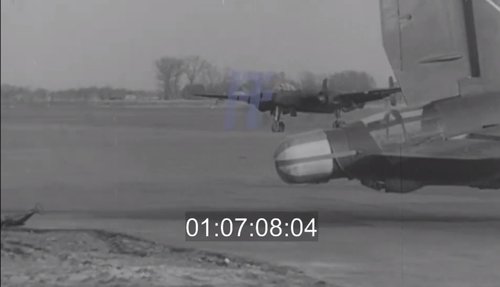 Another view of the parachute pack.

Does anyone here have info on the He-177A-6? (Including pictures.)
T

Wouldn't the parachute be hosted under the dummy rear turret cover with the attach point below the gunner position in the fairing?
Notice that this could be also a glider towing harness point.
T

TomcatViP said:
Wouldn't the parachute be hosted under the dummy rear turret cover with the attach point below the gunner position in the fairing?
Notice that this could be also a glider towing harness point.
Click to expand...

I think, for the best efficiency, that the parachute harness must be deployed "around" the tail, not below, as in the Do 217 installation:

Scroll the page to the last pictures. Maybe we will never see the He 177 parachute deployed in a picture or drawing...

Revell’s 1/72 Heinkel He 177A-5 & A-6 by Mark Davies and Steve Lowe
I have remembered that there is this website which shows a comparison between an A-5 and an A-6.
Note the Hecklafette HL 131V!