many thanks my dear Tuizentfloot.

hesham said:
and as I know the DFW C.IV had a three different variants.
Click to expand...

Lange listed no C.IV Avro (?) and the T.25 is listed without a C.IV designation.

The T.25 was described as C.IV in the Gray & Thetford and Wagner & Nowarra 's books , but I think it is not right .

There was only one Friedrichshafen Vierdecker , the FF 54 , designed by Diplom-ingenieur van Grieß . It was flown late in 1917 .
It was unsuccessful , and modified several times ; At last , it crashed in summer 1918 , killing its pilot .

For some sources it was in 1918 modified as a Dreidecker (bottom fuselage wing deleted) , but watching the three pictures I know , it seems that only the wing-tips , outside the struts , were deleted )

Thank you my dear Richard.
T

A late reaction about the DFW F 37.

About DFW there is other conflicting information. T 25 is often considered as the in-house designation of the C IV (eg. Kroschel, Militärflugzeuge …). For Lange and Nowarra (Entwicklung …) the T 25 was an experimental single bay C-type, designed by Dorner. The dimensions given by Nowarra are smaller than those of the C IV.

In my very humble opinion the assumption F 37 = C VII is the correct one. As earlier said by richard B photographs of the C VII show a short fuselage and a tall fin and rudder. Completely different from the C IV.

And why a C IV should have been used to re-engine for a 1919 record-breaking flight? The C IV was an "old" 1916 type, built in small numbers.

Conclusion: This is not the end of DFW mysteries. But that's the charm of early German aviation.

Many thanks my dear Tuizentfloot,

and anyone heard about Germania C.III ?.
T

and what about Germania Type C (KDD) ?.

The KDD (KampfDoppelDecker) was certainly an experimental C-type, but no other designations are known.

Thank you my dears Richard and Tuizentfloot,

Tuizentfloot said:
And B II also called B.15.

Tuizentfloot said:
In the meantime I found this drawing of a Naglo biplane, apparently the D II biplane.
See https://www.facebook.com/pages/Naglo-Bootswerft-Aircraft/222598187820258
Click to expand...

Now I know what the Naglo D.II looked like. Are there any photos of the D.II prototype (serial number 1165/18)?

Naglo Bootswerft Aircraft. 1,885 likes · 16 talking about this. To research and document, in the measure of possibilities and in a coordinated affort, more about this obscure airplane design.

Oh... Many memories came back watching that profile... I've made a 3D model of that Naglo, some yeras ago, using the drawing that mr. Backus sent to me... here there are a pair of (really very, very, very basic) renders I did.

for Schütte-Lanz company,was there a two designs of seaplane aircraft or not ?.

hesham said:
for Schütte-Lanz company,was there a two designs of seaplane aircraft or not ?.
Click to expand...

I found those unknown designers; Sachsen (maybe related to Albatros ?) and Krieger ?.

Karl Krieger is good known. He built his airplanes at Johannisthal by Berlin. Born 1885 at Krefeld.
K.K.1 from 1910 Monoplane
K.K.2 from 1911 Monoplane
K.K.3 from 1912 a Taube-Type
K.K.4 from 1913 a racing monoplane
K.K.5 from1913 Monoplane
Torpedo-Lancier-Flugzeug Triplane with floats Project

Krieger shut down his workshop in 1915 and became an acceptance pilot in the Germania factories in Leipzig, where he crashed on August 30, 1918 for an unknown cause.

I would be very grateful for pictures of the other planes.

hesham said:
and I know the Halberstadt A.I called E.14,A.II called F.14 and B.1 called A.15,what was this designation series ?.
Click to expand...

Those were internal designations applied by the Halberstädter Flugzeugwerke GmbH ... versus the official Idflieg designation applied for Luftstreitkräfte use.

There is conflicting information, however. According to Kites, Birds & Stuff by P. D. Stemp (and airwar.ru), E14 was the internal designation for licensed DE Stahltaubes used by the Halberstadt flying school (the Halberstadt Taubes being requisitioned in 1914 as A I recce aircraft). But most sources say that E14 referred to the Idflieg's A II - a Halberstadt licensed Fokker M 8.

(Repetition seems improbable. Indeed, the Halberstadt B15 shows a reverse trend. That internal B15 was retained for two engine types which Idflieg distinguished between as the Halberstadt B II and B III.)

Another wrinkle is that the A I (M 8) may have followed the A II (M 8). K.W. Jonker mentioned wooden-fuselage construction for the Halberstadt A II (vs Fokker's welded steel-tube structure). I wonder, is it possible that this A I was a follow-on because Halberstadt - despite its earlier Stahltaube experience - was struggling with steel-tube techniques, and thus first adopted a more familiar wooden construction for their A II version?

Halberstadt A15 = Idflieg B I biplane, 80 hp Oberursel U.0 rotary

One presumes that Halberstädter Flugzeugwerke continued to apply internal designations to its designs but I haven't seen any corporate style designations mentioned in the context of their later aircraft types.

The only major plants in Leipzig that had a longer sequence in their type designations are DFW, Germania, NFW and Aviatik. But none of this company called their types SL.

Are you sure ?
The first one is usually identified as the first type built at the works of the "Prinz Friedrich Sigismund von Preußen" which was flown by Krieger ... I don't know the part of Krieger in its design . 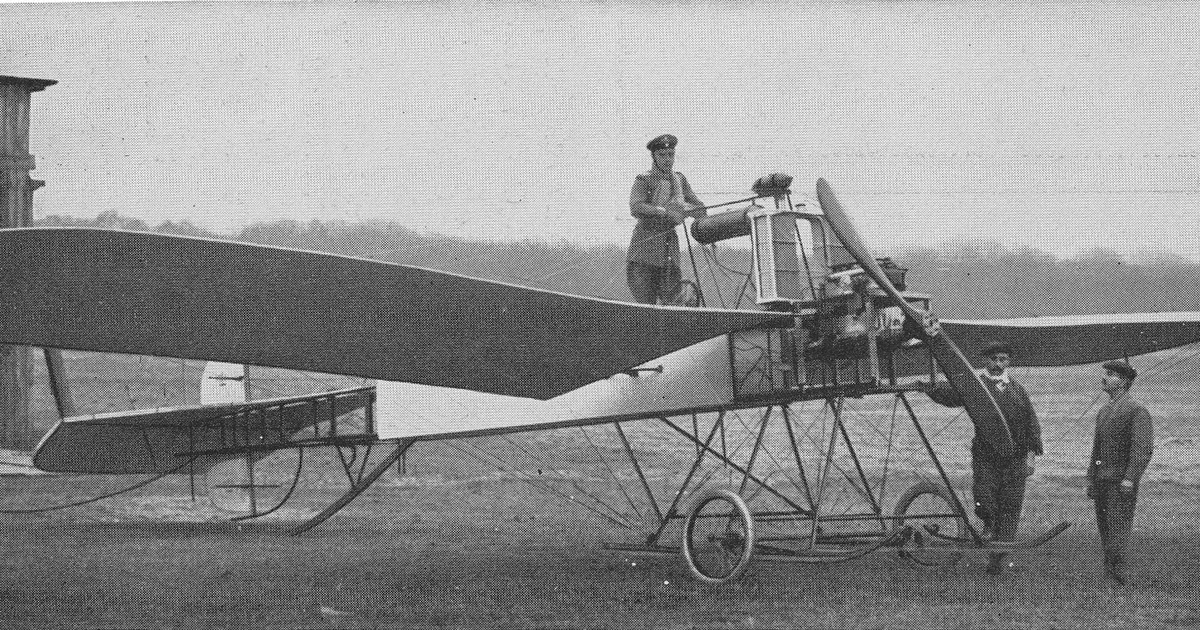 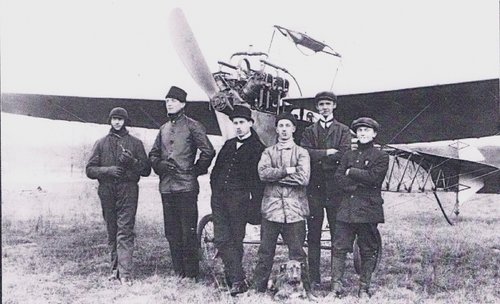 Richard, thank you very much for your corrections.

Can you find a photo of Krieger's KK.1?

"The Central Powers used many different aircraft but especially Rumpler and Albatros types mounting Görz and ICA cameras. The Germans used also a standard 70 cm focal length and 13×18 cm plates. The radio-equipped unarmed photoship Rumpler C.VII (Rubild) — for Rumpler-Bildflugzeug (picture-aircraft)[4] — distinguished itself for long-range and high-altitude, reaching 21,000 feet. Unusual recon aircraft included the armored Junkers J.I for low-level flights, the gigantic long-range Ilya Muromets from Russia, and the high-performing (at well over 200 km/h top speed) Italian Ansaldo SVA, considered nearly uninterceptable. Italy standardized on the simple 24-plate Lamperti camera.
German optics was overwhelmingly superior, as exemplified by Carl Zeiss lenses and optical glass. The Allies had to quickly learn to make lenses especially for long foci. In the meantime they had to make do with such short-focus lenses as could be found. When the U.S. entered the war, the Army urgently requested that American civilians turn in their lenses and optics, including telescopes and binoculars, for aerial use, specifically naming several sought-after German manufactures. Cameras quickly became large and mechanically very complex. German and Italian cameras generally used 13×18 cm plates." (Source: https://en.wikipedia.org/wiki/Aerial_reconnaissance_in_World_War_I)

Maveric said:
Richard, thank you very much for your corrections.

Can you find a photo of Krieger's KK.1?
Click to expand...

what was Hannoversche C.VI ?.