hesham said:
does anyone hear about Hüttner steam-powered airplane of 1933 ?,never completed.
Click to expand...

I think that site has Info;

Who know this firm ?,and if it built or designed aircraft;

It was mentioned here;

Attached is the entry (in German) from Typenhandbuch der Deutschen Luftfahrttechnik by Bruno Lange.

woodville said:
Attached is the entry (in German) from Typenhandbuch der Deutschen Luftfahrttechnik by Bruno Lange.
Click to expand...

and maybe it didn't design any aircraft;

Badisch-Pfälzische Flugzeugreparaturwerft GmbH, Karlsruhe
This main repair facility for Bucker and Klemm aircraft went out around 1933 the Badische Luft Hansa shipyard that
had existed since 1926. It led Cell repairs and conversions and weapon installation changes to the Bf110 by. Spare
parts orders for the GFL (Gesellschaft für Luftfahrtbedarf) were also accepted. The GFL was set up in 1939 to handle
the procurement of spare parts, as well as to settle them, store them and distribute them to the front supply points.
For this purpose, it maintained its own GFL spare parts warehouse at the aircraft works.

Maveric said:
a very rare picture of a little known sport aircraft from the Segelflugverein Saarbrücken
Click to expand...

Was the Berliner Segelflugverein the same firm or not ?.

hesham said:
Was the Berliner Segelflugverein the same firm or not ?.
Click to expand...

Nope ! Those were (are ?) flying clubs in Germany, generally all independent from each other. Actually, I couldn't find
a club with exactly this name ("Berliner Segelflugverein"), maybe it was pre-war and not reopened after WWII, or maybe
with another name.
Construction of (amateur) aircraft (mainly gliders) was quite frequent in those clubs, but they never were companies per se.

and there was also a designer called Bonner ?.

hesham said:
there was also a designer called Bonner ?.
Click to expand...

The Berliner Segelflug Verein (B.S.V) designed and built a number of sailplanes and gliders between the wars .

Fliege I , Fliege II and Rumpf-Fliege 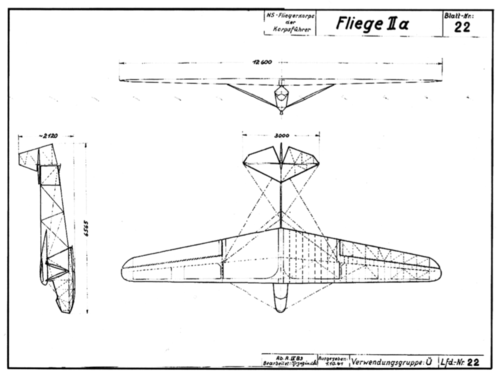 and if anybody know Basser ?.
A

I presume that's Gustav Basser, German aviator who in 1914 held the world's record for a duration flight, in the 1920s worked for Rumpler's airlines and in 1939 started the Flugzeugreparaturwerk Gustav Basser (Aircraft Repair Works Gustav Basser) in Zwickau. The factory was bombed into oblivion in 1944.

The old eagle Gustav Basser founded his "flight yard" in Johannisthal in 1925/26, a service workshop for sports aircraft, supplied sports flight equipment and Behrend propellers. The company was later relocated to Tempelhof and in 1937 again to Zwickau in larger workshops for aircraft repairs, where mainly Fw.190 were repaired.

and if someone know this; Blanke-Hoch ?

If someone is a member of this forum, he can perhaps show us the pictures of HB.4 "Maja". The aircraft is discussed here.

In addition to gliders, this well-known workshop also built some motor gliders.
Motor-Mücke, Kormoran and Motor-Condor

Sry, no other informations.

Many thanks dear Maveric,

and if anyone heard about Brinker ?.
A

Max H. Müller Brinker Eisenwerk, engineering company based in Brink, part of Hannover.
In Autumn of 1935, the company started working for the Ministry of aviation, doing aircraft repairs. For this, some other companies were acquired or subcontracted. In the area of nearby Vahrenwald airfield a building was erected for the completion of airplanes, designated Works III. In october 1936 repair work started on the first machines, Heinkels He 46, and soon also on He 51, Ju 52, Ju 86 and Do 17.
I didn't found aanything on them actually building aircraft.
Taken from German wiki.
Last edited: Sep 27, 2020

richard B said:
The Berliner Segelflug Verein (B.S.V) designed and built a number of sailplanes and gliders between the wars .

Fliege I , Fliege II and Rumpf-Fliege

The only photos of an "Fliege IIa" in action I´ve ever seen are from this booklet by Helmut Werl. It´s about the gliding in the vicinity of the town Brandenburg (west of Berlin), near the villages Premnitz, Milow and Bützow. There was some gliding action there between the end of the 1920s until 1945. It was related to the Arado works in Brandenburg.

Herbert Gropp studied in Chemnitz and tried to build a small plane (don´t know if it has ever flown). He has an interesting CV which is covered by Lemke in an small book. Very interesting. Gropp worked together with Villinger (Mufli) had known Grönhoff and others, and worked for DKW (cars and motorcycles) and finally for Heinkel. He was also involved to some extend in the Chemnitz C-10 powered glider. I think in the developement of its prop. At DKW he did some research in aerodynamic covering of motorcycles. He died in 1940 on a testflight with the He-177 V2 (CD+RQ) at Graal at the Baltic Sea. Together with him the son of Oscar Ursinus (Fritjof Ursinus) died too.

This small plane was named "Zaunkönig". What irritates me a little is the year 1929 under the picture.
Lange writes in his type book "Built in 1932/33"

Maveric said:
This small plane was named "Zaunkönig". What irritates me a little is the year 1929 under the picture.
Lange writes in his type book "Built in 1932/33"
Click to expand...

The small biplane had no name. The "Zaunkönig", which Gropp worked in Chemnitz since 1930, was a kind of powered glider. It is also depicted on the frontcover (in my post #105) in the middle row at the right.

Also,does anyone hear about Deutscher Aero Lloyd & Deutscher Lloyd ?.
A

Deutscher Aero Lloyd AG was an airline reorganised in 1923 from Deutsche Luftreederei GmbH, which was in turn founded in 1919 by the elelctrical equipment and machinery company AEG. It used various WW1 era machines such as Sablatnig P.I and LVG C.VI (and ofcourse some AEG types) and later Fokker F.II and Dorniers Komet and Wal amongst others. In 1926, it was merged into Deutsche Lufthansa.

Thank you my dear Aubi,

[/QUOTE]
The small biplane had no name. The "Zaunkönig", which Gropp worked in Chemnitz since 1930, was a kind of powered glider. It is also depicted on the frontcover (in my post #105) in the middle row at the right.
[/QUOTE]
Please , have you some info about the pretty biplane in the middle row of the cover , on the left ? 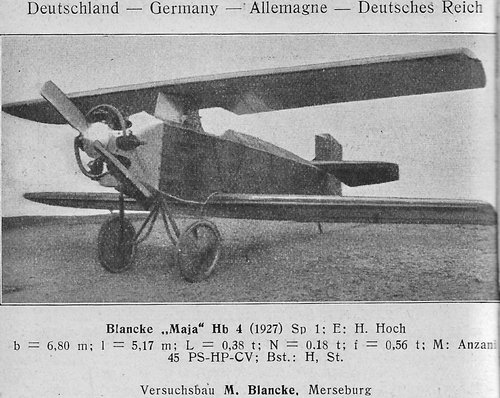 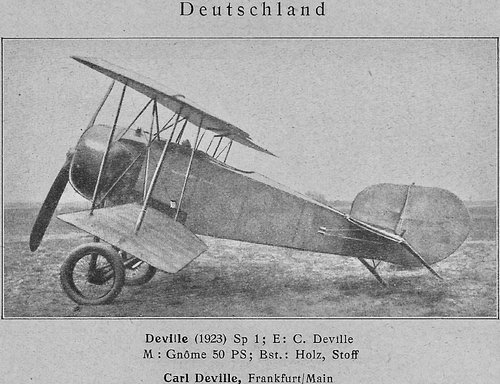 Thank you my dear Richard

Also what was this, Flugverein Zeitz/Thuringen ?,and if it designed aircraft or not ?.

hesham said:
Also what was this, Flugverein Zeitz/Thuringen ?,and if it designed aircraft or not ?.
Click to expand...

I don't know much about it :

I know too that the Flugverein Zeitz built an airplane , the TS-1 D-1226 (ABC Scorpion engine)

Many thanks my dear Richard,

Saarpfalz Flugwerke was a company that was based on the former Pfalz aircrafft company. i was founded in 1937 (Pfalz went bankrupt in 1932) and only repaired airplanes for the Luftwaffe. It was again closed in 1945. Later the factory was bought by Ernest Heinkel and used for manufacturing his minicars.

Thank you my dear Aubi,

and if anyone heard about this Ganzlin & Brand ?.

hesham said:
and if anyone heard about this Ganzlin & Brand ?.
Click to expand...

Many thanks to you my dear Richard,