The Eurofighter is finally getting its long-awaited Captor-E AESA radar, but the RAF is going to wait for an enhanced version with special abilities.

The Eurofighter is finally getting its long-awaited Captor-E AESA radar, but the RAF is going to wait for an enhanced version with special abilities.

When you read through the Facebook content you realize ECRS mk 2 has more to do with Raven-05 (Vixen 1000 outside the Gripen) than the Captor heritage. Captor was developed in the 1990ies when AD technology forced the A to D rather far back in the receiver/exciter chain (several IFs down). Raven was developed over the last 10 years and is well-described technology-wise in Stimson's Intro to Airborne Radar. Most examples of modern design radars with AD and DA close to the antenna is from Selex's (now Leonardo's) work with the Raven in Edinburgh.
It all builds on high dynamic range ADs that have bitrates of several GHz. This gives many advantages and ECRS is therefore wisely a further developed Raven rather than bogged down by 25-year-old design decisions from Captor. One example is the antenna. Rather than keeping the double swashplate to keep the integrated IFF polarization vertical, ECRS goes the Raven way with one rotation join (the polarization follows the rotation) and puts IFF separate like the Gripen (a Leonardo phased array design with >200° coverage like the radar/EW).

Gives much higher flexibility with nulling of the antenna vs jammers by both AESA nulling but also polarization mismatch and it's necessary for the ESM and Jammer modes (you can't have a one polarisation EW system). Once you put the ADs closer to the antenna you need a completely redone system downstream because of higher bitrates and compute needs. All angle, puls coding, doppler, and range gate processing is now digital. Same with the exciter (radar modes) and techniques generator (EW modes) going out with D to A just before the TRMs.

Only when you are down to metadata, hits/tracks, etc, and the reception of commands can you interface the legacy tactical computer of the Typhoon.

Regarding the hybrid GaS/GaN TRMs, I would venture GaS output power amps still, mainly for cost reasons, paired with GaN switching out/in (you don't want a circulator in a wideband MFA) followed by limiter free GaN first stage amp setting the NF (you gain the limiter losses in NF in addition to the low NF of GaN amps). You gain more in NF for the receive chain than what a few dBm on the output side buys you. Modern radars are about range through high AESA gain = narrow lobes and low sidelobes and sensitive receive chains, rather than screaming you are there with high output power. It's all about LPI (Low Probability of Intercept) radar modes = throttling your output power down as far as possible sending very long, low peak power, coded pulses.
Last edited: Sep 15, 2020
T 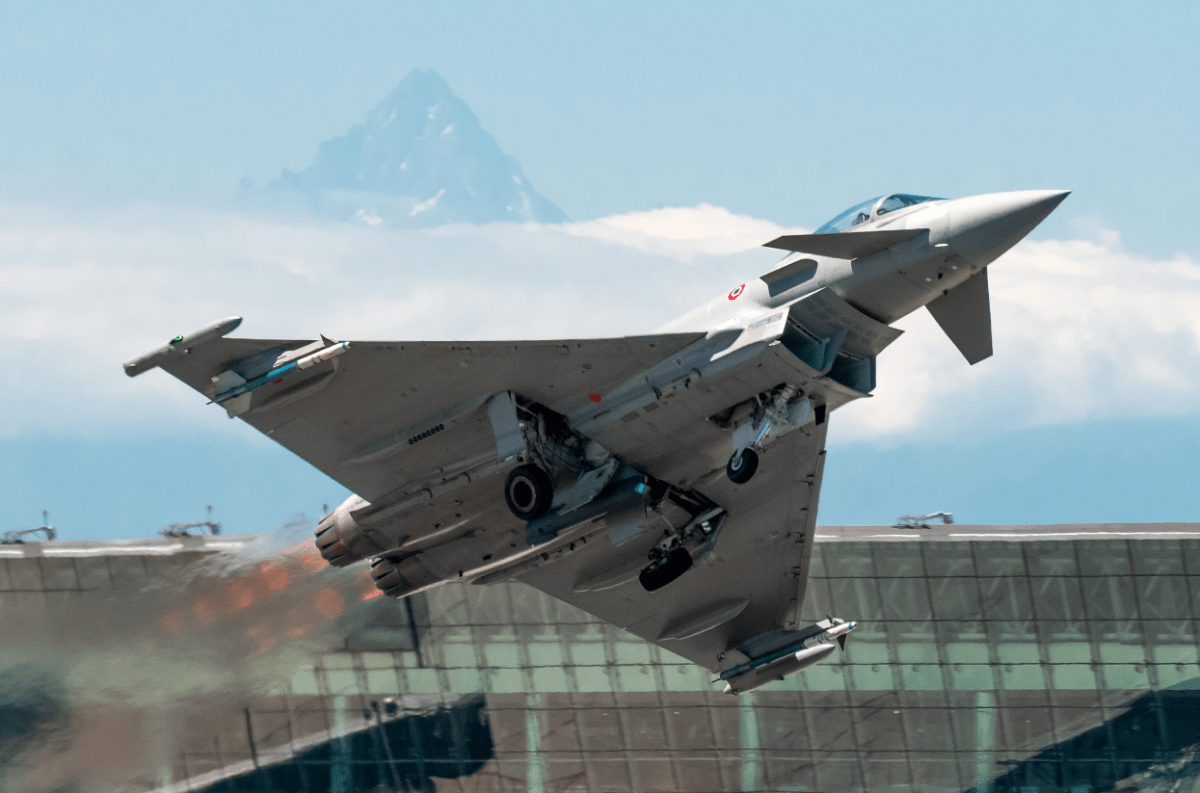 On the same day that Donald Trump lost the US election, it was also confirmed that Lockheed Martin also lost a very big contract. According to the Eurasian Times, the German parliament, the Bundest…

On the same day that Donald Trump lost the US election, it was also confirmed that Lockheed Martin also lost a very big contract. According to the Eurasian Times, the German parliament, the Bundest…

By heck that’s a biased and jingoistic article at the level of a U.K. tabloid.
T

I thought European popular news outlets were supposed to be cut above the U.K. tabloids.

Asia Times is a Hong Kong based newspaper.
T

Asia Times (Chinese: 亞洲時報), formerly known as Asia Times Online, is a Hong Kong-based English language news media publishing group, covering politics, economics, business and culture from an Asian perspective.[1] The website is a direct descendant of the Bangkok-based print newspaper that was launched in 1995 and closed in mid-1997.[2]
Click to expand...

Arjen said:
Asia Times is a Hong Kong based newspaper.
Click to expand... 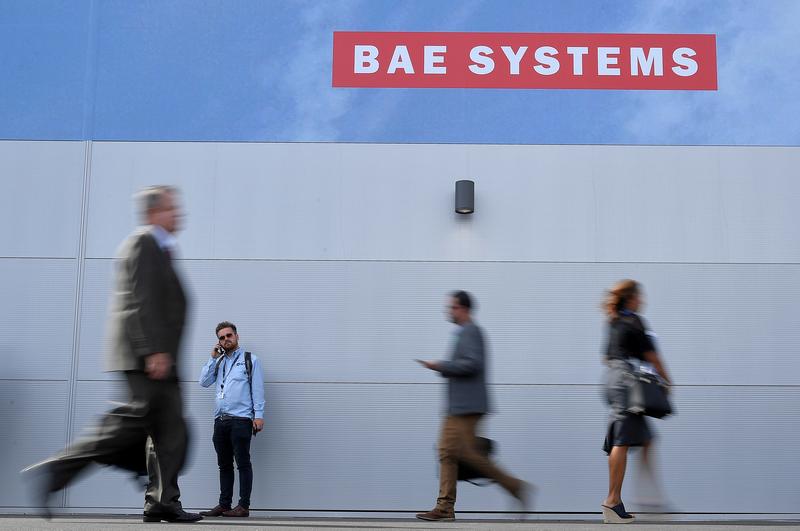 Good news for Bae Systems, it needs all the work it can get for the Typhoons since the last RAF Typhoon was completed.
J

A recent publicity video released by the Royal Air Force of Oman (RAFO) showed Omani Typhoons practising the air-to-ground role. Perhaps surprisingly, the Omani aircraft were shown dropping what appeared to be 2,000-lb GBU-10 LGBs - a weapon cleared for use on Typhoon back in 2006-7, and part of the P1Eb software release, but not in use by the British Royal Air Force, or indeed by any of the original partner nations.

Sorry most of this is still behind a paywall. 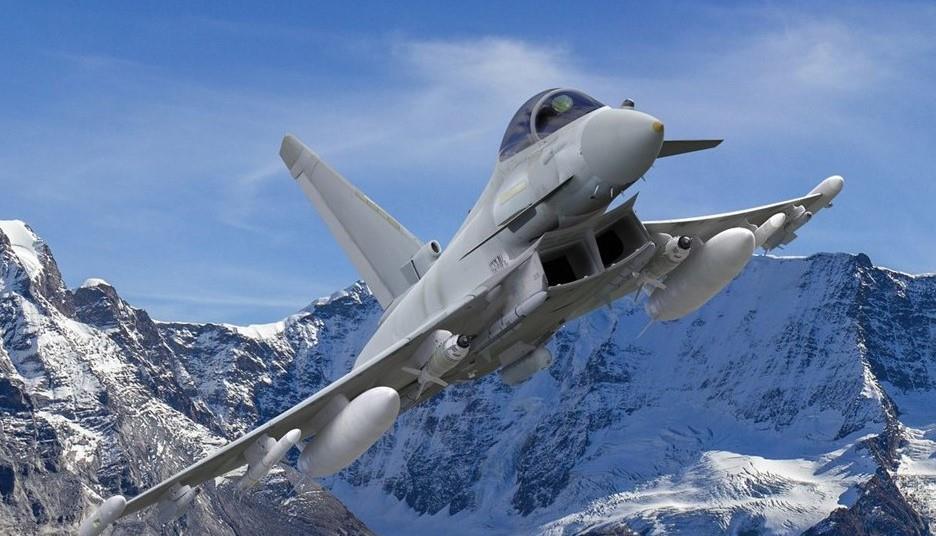 A Swiss selection of the Eurofighter next year would enable the nation to locally assemble at least three-quarters of a 40-strong fleet, according to Airbus Defence & Space. 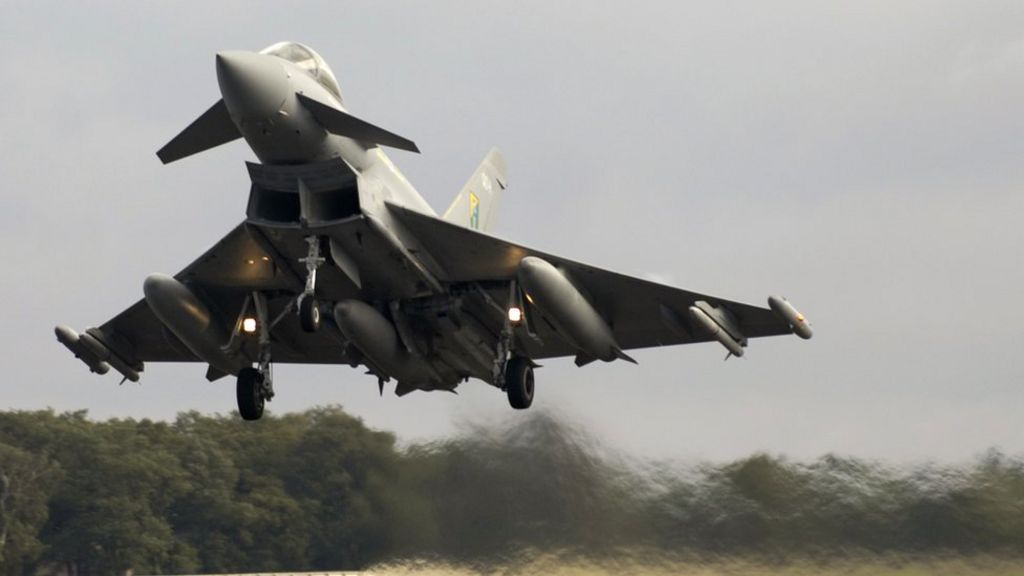 Homes were shaken across eastern England after RAF Typhoons were launched to intercept a plane.
www.bbc.com
Last edited: Monday at 9:05 AM

God knows how people coped in the 1950s and 60s when pilots used to do sonic booms for fun.
G

They didn't. They enjoyed.

Hood said:
God knows how people coped in the 1950s and 60s when pilots used to do sonic booms for fun.
Click to expand...

I certainly remember complaints in the late 70s when an F-111 went supersonic over Weardale, which was a fast jet route, but not a supersonic one.
T 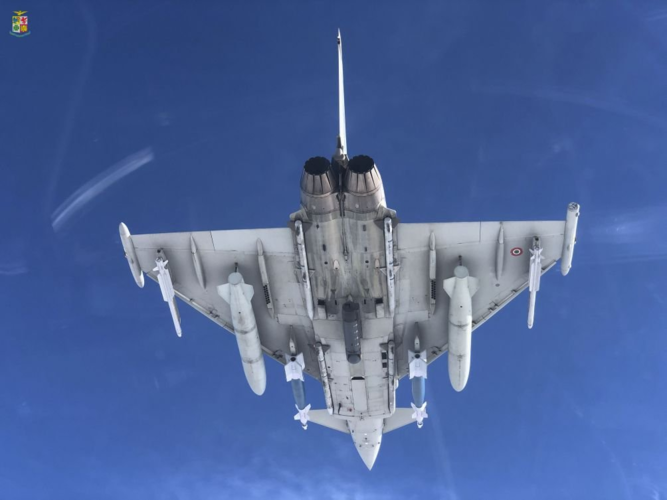 GARGEAN said:
They didn't. They enjoyed.
Click to expand...

no they didn't. There were plenty of complaints back then, to the point where it was politically impossible to have an SST go supersonic overland by the early 1970s.
G