Despite the official-looking logo at the front this seems to be a fan-made video. The hangar-deck aircraft handling system looks rather fantastical if you ask me.

Surely fan made video. moderate quality sounds, the model is nice but water effects are quite low.

Probably is fan made but I don't think the graphic effects are much of an indicator either way. Gov graphics are frequently quite poor in pretty much every country.
P

I rather liked the wooden desks on the flying bridges.

The idea of the Navalized F-15 Eagle probably came from this article from Wikipedia:

F-15N Sea Eagle
The F-15N was a carrier-capable variant proposed in the early 1970s to the U.S. Navy as an alternative to the heavier and, at the time, considered as "riskier" technology program, the Grumman F-14 Tomcat. The F-15N-PHX was another proposed naval version capable of carrying the AIM-54 Phoenix missile. These featured folding wingtips, reinforced landing gear and a stronger tailhook for shipboard operation.

Hood said:
Seems now that India could be a possible market for the Gripen Maritime, but from this article it sounds as though SAAB hasn't really got very far with this as a serious project.

Bushke also touched on the Gripen Maritime, a model of which was displayed in the Saab stand - New Delhi recently issued a request for information for 57 carrier-borne fighters.

Bushke said that Saab has conducted initial research into what would be necessary to make the Gripen capable of operating from a CATOBAR (catapult takeoff but arrested recovery) aircraft carrier.

Because Sweden has no aircraft carriers, the development of the Gripen Maritime requires an overseas customer. Such a variant could also be of use to Brazil, which operates a single flat top built originally for France. India has two STOBAR (short takeoff but arrested recovery) carriers, and is likely to build a more potent CATOBAR carrier.

Bushke says that helping to develop such a carrier variant of Gripen E would be a strong opportunity for Indian aerospace, as it would give exposure to a major development programme at an early stage.
Click to expand...

Well ... seems as if this thread was a bit neglected!

Anyway here are some new images... 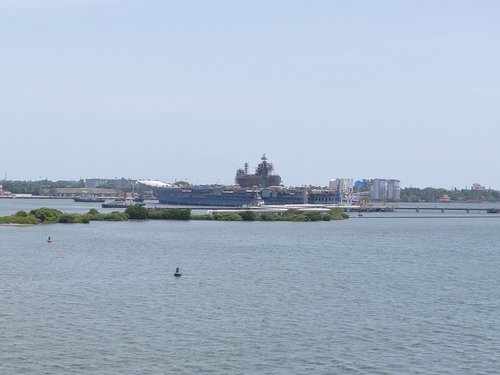 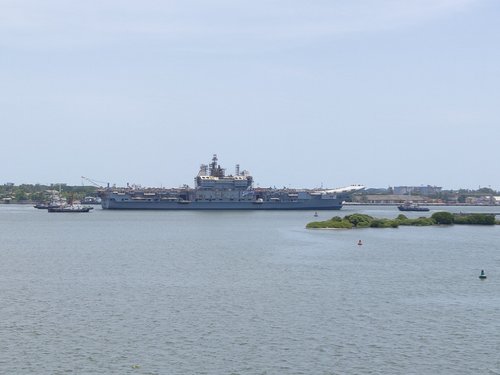 And finally it moved indeed a bit:

It is interesting to compare and contrast India's carrier development with that of China.
Unlike China, the Indian Navy has been able to operate a single carrier force for years using British built carriers and fighter bombers.
Like China it has acquired a rebuilt former Soviet carrier and Russian aircraft.
Unlike China India has developed s mixed Western/Russian carrier design and own aircraft design to operate from it. Sadly the limits of India's economy and industry compared with China show in the result.
Perhaps in a few years time we may see another ex RN carrier serving with the Indian Navy

You suggesting the RN will sell their QEs to India? or at least one?
Last edited: May 29, 2020

Not likely, it would be suicide for any government to even consider.
U

We took the opportunity today to drive a few miles to our 'local' beach get some exercise and take some photos of this lovely ship. From the beach at Bovisand. img img src http pic20.picturetrail.com VOL1310 13763845 24790260 414431877.jpg border 0 img Zoomed up. img img...
members7.boardhost.com
But given the volatility of UK politics I had to mention it...

Foo Fighter said:
Not likely, it would be suicide for any government to even consider.
Click to expand...

There was a kite flown during the last days of the Cameron government, but that may have actually been a manouver by someone to poison the well for such a possibility. Or it may have just been a high ranking beancounter or similar that was totally out of touch with the way the wind was blowing, geopolitically speaking.
You must log in or register to reply here.
Share:
Facebook Twitter Reddit Pinterest Tumblr WhatsApp Email Link
Top