vickers developed the Vickers Mk-1 MBT as a private venture - a lighter and cheaper alternative to the Chieftain. It was eventually adopted by India - being named Vijayanta (victory) were production commenced in 1965.

Mk-3M latest offering with reactive armour, same 12V-71T diesel engine as the Mk-3. Any other information out their.

I have had the opportunity to converse with Vickers crewmen in the Indian Army. Gist of the message: Excellent gun, very accurate and with nice punch, but unreliable powerpack, which is a maintenance hog. The armour is also not sufficient. In short, a good "ambush tank", but not exactly the chariot for a speedy blitzkreig or sustained war.

Indian tanks use a locally developed FCS as well as a Marconi one (for the initial batch of upgrades). The FCS is better, in some ways than that on India's older T-72's(ones without upgrades). A local project was undertaken to uparmour the Vijayanta, with the Arjun MBTs kanchan composite armour, and new powerpacks, but the program fell through for lack of funding by the Indian Ministry of Defence, and technical problems with the engine replacement. The armour trials had excellent results.

Currently, the Vijayanta is being phased out. A few will remain "attached" to infantry units, as mobile firepower. The same is being done for the T-55. But with low rate T-72 production still going on (India imports dirt cheap hulls from Russia, and fits them out locally with the rest), even these tanks may be superceded.

The Indian Army also based a bridge-layer on the Vickers MBT chassis. I'll dig out a pic.

This photo was labelled as a 'Kartik' bridgelayer, but might be a prototype as the Kartik featured a lengthened Vijayanta hull with seven road wheels. At first I thought it was a T-72 chassis. I wouldn't fancy that bloke's chances if the hydraulics failed! 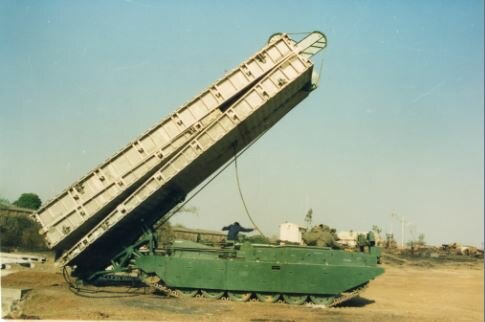 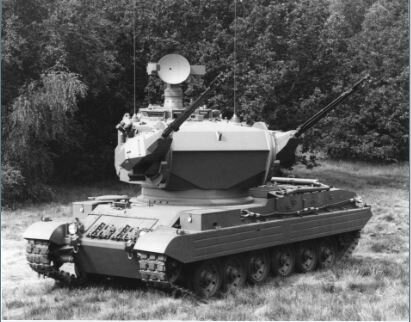