Fundación de Investigación Aeronautica FIA, "Pelicano" WIG Of Colombia designed a project for a WIG plane to operate in the geography of that country, with capacity of four pilot seats and three passengers, engine at the top of the central support, "T" tail surfaces, wings with negative dihedral and Marginal edges inclined upwards with stabilizing floats in the lower part, a small rudder after staggering the bottom of the hull. Here I leave the published article accompanied by a cutaway of it, author Motocar

hesham said:
who can ID this WIG aircraft (upper) ?.

hesham said:
who can ID this WIG aircraft (upper) ?.

Thanks hesham continue creating with my modest work

please add picture, Does not want to be inserted
thx

and that's new for me,what is its name and company ?.

MAKS 2017: New Project A-050-742d ekranoplan emerges
At MAKS 2017, the Russian company JSC Alexeyev’s Hydrofoil Design Bureau is showcasing for the first time a new concept of multipurpose ekranoplan, the Project A-050-742d ground effect vehicle (GEV). A multipurpose platform, this GEV is designed to carry passenger and/or cargo, explained the Design BureauAccording to Alexeyev’s Hydrofoil Design Bureau, the Project A-050-742d is being designed for high-speed passengers and cargo transport in marine littoral areas, solving dedicated purposes of Emergency Control Ministry (EMERCOM).
This concept aircraft is made as amphibian platform which can board or land from unimproved shore with a maximum shore grade of 5 degrees.
Its operation areas and conditions comprise large lakes and water storage basis, marine areas. It can performs its range of missions under a maximum wind speed of 12 m/s. Alexeyev’s Hydrofoil Design Bureau is currently studying the possibility to use it on snow and icy surfaces in cold weather.
The Project A-050-742d has a MTOW of 54 tons with a payload capacity of up to 9 tons or 100 passengers, with a 4-strong crew. It features a cruising speed of 450 km/h and a maximum flight range of 3,000 km.
The aircraft has a length of 34.8 m, a beam of 25.35 m and a depth overall of 7.85 m.
Click to expand...

MAKS 2017: TsAGI presents HCA-LB heavy cargo aircraft project
The Zhukovsky Central AeroHydrodynamic Institute (TsAGI, a member of the National Research Center “Institute named after N.E.Zhukovsky”) is demonstrating the results of its scientific and experimental research at the MAKS airshow. Among others concepts is a mock-up of its "Heavy Cargo Aircraft Lifting Body" (HCA-LB) unveiled in January 2017.
The future heavy transport plane is being developed to haul big cargo weighing up to "500 metric tons of containerized freights from with speed of 500 km/h at distance above 6,000 km," declared TsAGI representative. Standard containers can be used. They are supposed to be accommodated by the cargo bays in the wings and boarded through hatches of the forebody slats of the plane’s central part.
The plane is planned to be operated by relevant airfields. The main part of the flight is performed by planes of the type at an altitude of 3-12 meters above water, ice or the ground.
Such surfaces create the ground effect that increases the aerodynamic quality and, as a result, reduces fuel consumption and boosts the range.
A model was made as part of the research work on the concept and tested in the TsAGI wind tunnel. The model was tested in the cruiser, takeoff and landing regimes.
A special screen looking like a round-ended plate was used to simulate the water, ice and ground surfaces.
The trials showed that the model had a high degree of aerodynamic efficiency both near the screen and without it, which will allow performing stable and controllable flights. The future plane is planned to be powered by liquefied natural gas. Unlike aviation kerosene, this cryogenic propellant has high energy efficiency and decreased hazardous emissions.
The natural gas will make flights environmentally friendly and ensure the competitiveness of the Russian-made plane on the global market.
Click to expand...

and that's new for me,what is its name and company ?.
Click to expand...

I do not know, it is probably about Dragoljub Bešlin's project, the same one who has other interesting projects
http://www.vazduhoplovnetradicijesrbije.rs/index.php/biografije/65-dragoljub-beslin (serbian)

I do not know, it is probably about Dragoljub Bešlin's project, the same one who has other interesting projects
http://www.vazduhoplovnetradicijesrbije.rs/index.php/biografije/65-dragoljub-beslin (serbian)
Click to expand...

and we know this designer and his series from B-1 to B-12,if his bureau still produced aircraft,
it's a fantastic and wonderful.

I do not know, it is probably about Dragoljub Bešlin's project, the same one who has other interesting projects
http://www.vazduhoplovnetradicijesrbije.rs/index.php/biografije/65-dragoljub-beslin (serbian)
Click to expand...

and we know this designer and his series from B-1 to B-12,if his bureau still produced aircraft,
it's a fantastic and wonderful.
Click to expand...

ne, njet, nein, no
The office no longer works because there is no industry in the former Yugoslavia

robertino said:
ne, njet, nein, no
The office no longer works because there is no industry in the former Yugoslavia
Click to expand...

Yes,I see,you are welcome Robertino,and we would like to see any unknown Projects
from Yugoslavia.

robertino said:
ne, njet, nein, no
The office no longer works because there is no industry in the former Yugoslavia
Click to expand...

Yes,I see,you are welcome Robertino,and we would like to see any unknown Projects
from Yugoslavia.
Click to expand...

I've been searching for a 3-view of this subject, and so far, no joy. Does any of you gents have any, or can point me in its direction?

I displayed it before,but no 3- view is available.

here is a wig aircraft from Bartini,Almaz and A. N. Krylov.

a wig aircraft Project from Mikhail Kuzakov,and SM-17 from CCB-SPK.

wingship.com
No new updates, so it might be defunct too.

^^nice! 500 hp V8 engine and 344 miles range.
I guess a Diesel would also be possible and i.m.o even better not only from fuel economy/range point of view!

An interesting report from 1975 on Soviet and Eastern European developments in surface effect vehicles, including hovercraft: 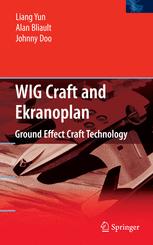 Our aim in this chapter is to introduce the reader to the WIG development programmes carried out in a number of countries in the last half of the twentieth century and up to date, so as to give a historical perspective on the origins of the technology. 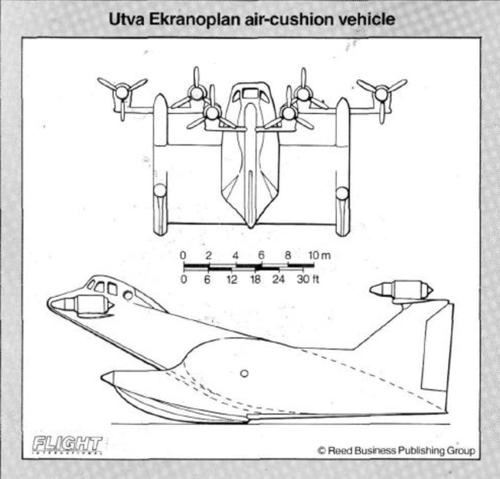 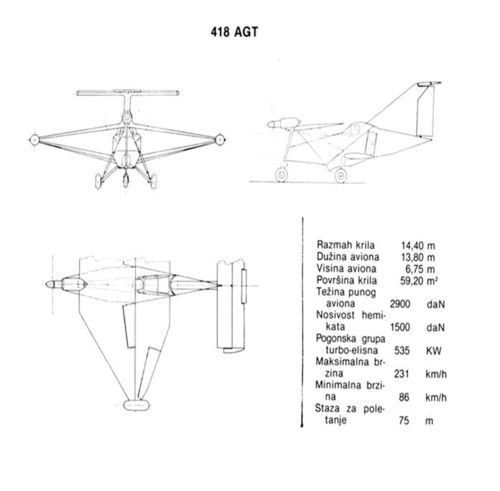 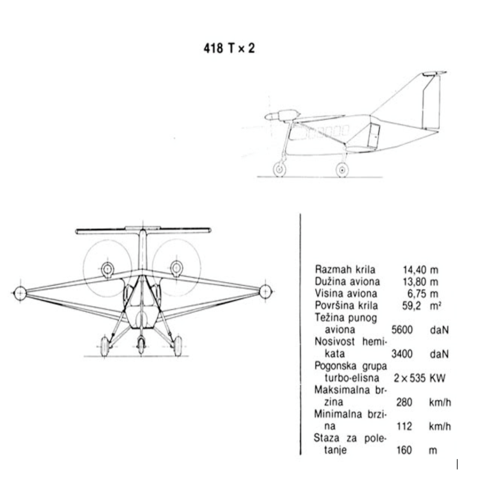 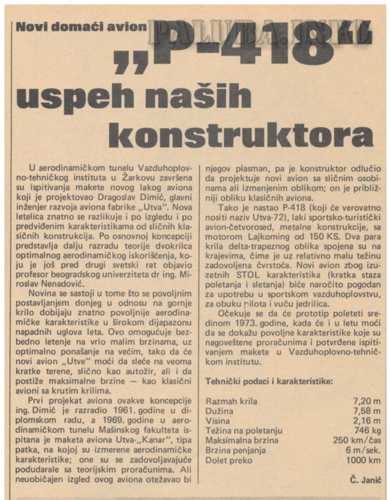 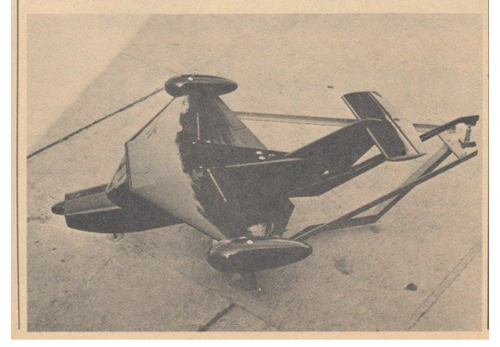 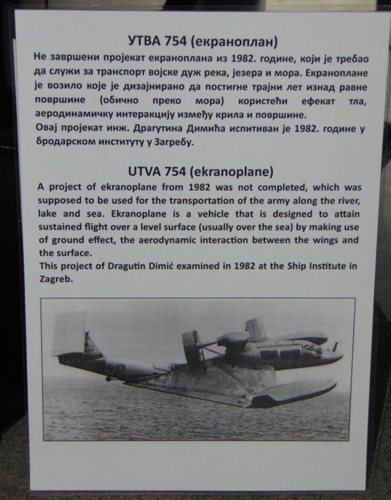 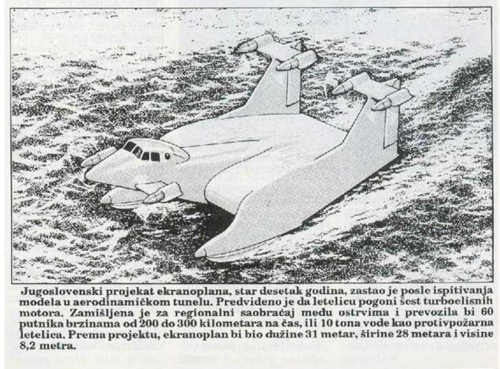 hesham said:
My dear Robertino,it's Sukhoi S-88,and we have them here;

i forgot i already put the pictures

Nice one! Is it right to assume that Wigetworks is currently the only company in the world that has wig-vehicles commercially available? 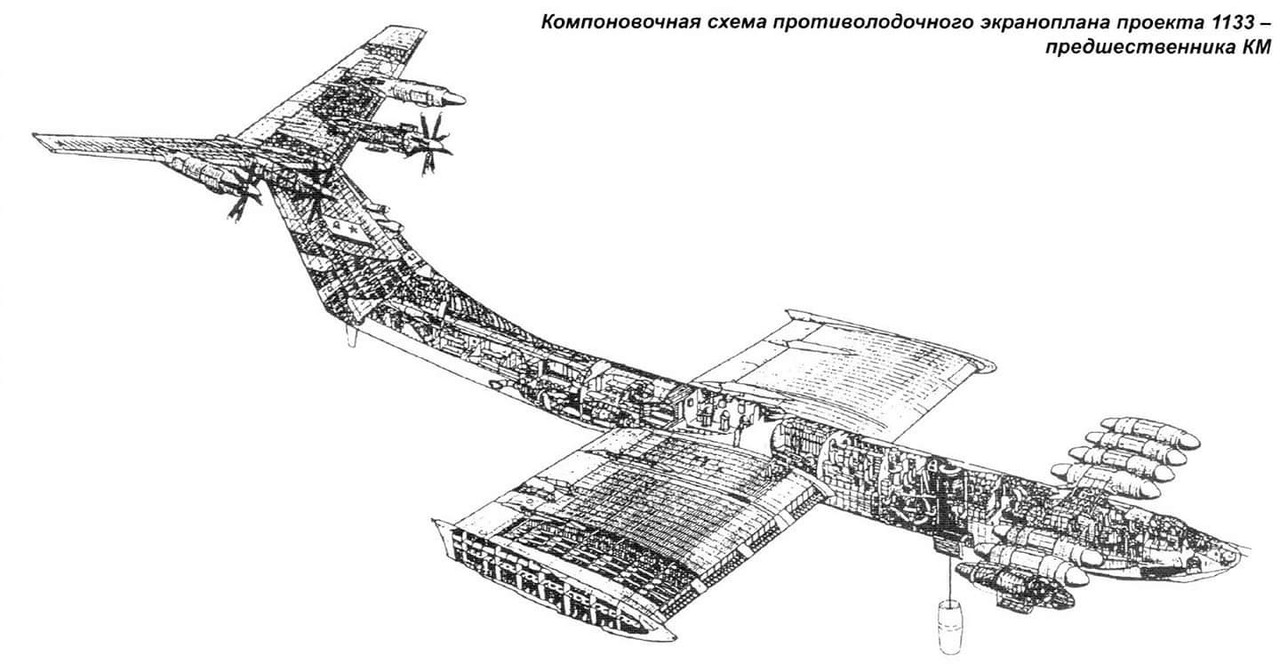 If you have a look at the images taken by Lanasator https://www.instagram.com/lanasator/feed/ and find her shots of the Ekranoplan she took beached on the shoreline. There are also interior shots ! New design from a startup (but I wonder how they would keep those podded electrical engines safe from sea spray and water): 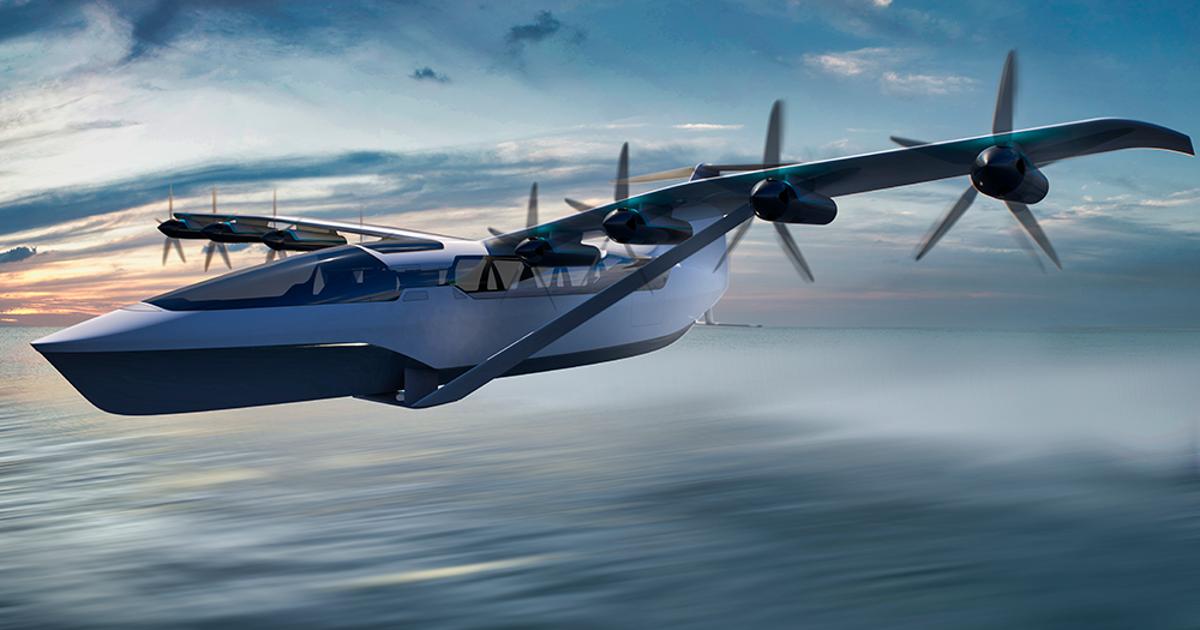 Boston-based company Regent has taken US$465 million in pre-orders for its super-fast electric "Seaglider." Using the wing-in-ground effect, this 180-mph (290-km/h) beast promises twice the range of an electric aircraft, and a revolution in coastal transport. 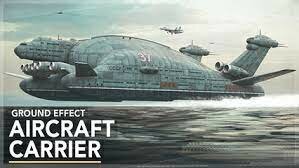 Does anyone where to find (non-paywalled) info on this?

To use the snippet of paywalled info

A brand new streaming service featuring thoughtful content and all-new Originals from some of the smartest people online. Curated by the creators. No pre-roll ads. No algorithm.

A ‘genius ahead of his time’ reads the inscription on Robert Bartini’s tombstone at the Vvedenskoye Cemetery just outside of Moscow. Today, the Italian-born Soviet aircraft designer is celebrated for his extensive contribution to the development of numerous successful and experimental aircraft projects.

Many of Bartini’s concepts were truly wondrous. Some were unquestionably bizarre. Perhaps his most ambitious concept was for a 5000 ton flying ground effect aircraft carrier.

While a ground effect aircraft carrier’s speed and tactical mobility could give the Soviet Union an enormous tactical advantage, it was a concept so fantastical, it could have only ever existed in the eccentric mind of Bartini
Click to expand...

Does anyone where to find (non-paywalled) info on this?

There is this, which leads to the Nebula site (by the same guy). Hardly much on the monster, but a few snippets after a discussion of the VVA with some nice graphics.
View: https://www.youtube.com/watch?v=UD7xiWWs-bs&t=19s

this made me very sad

After searching a bit, I found a mention of the Ekranoplane Carrier here: 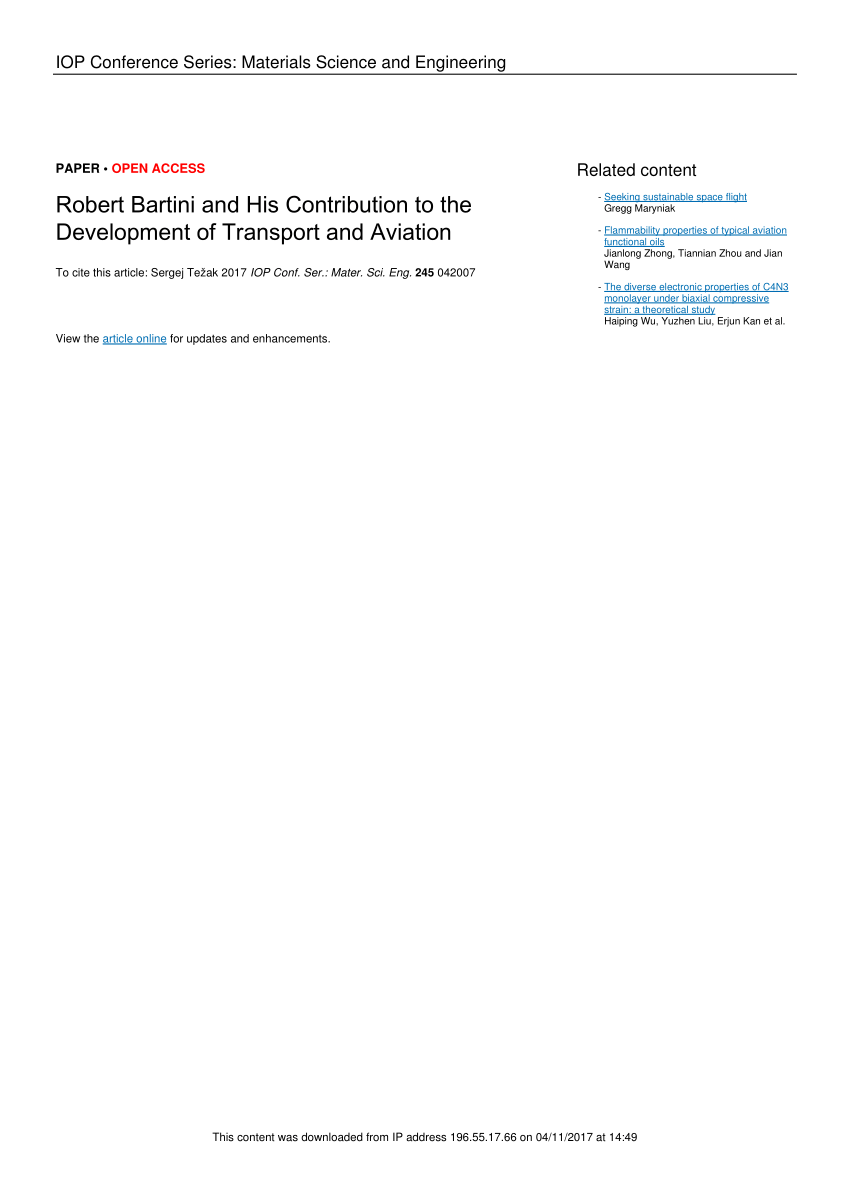 PDF | After the First World War, the young Soviet Union (USSR) desperately needed new engineers and scientists who would provide the new country with... | Find, read and cite all the research you need on ResearchGate

I suppose more info can be dug out of the references to the paper.

Some more Pics, I hope they do sth and preserve it