It's happening! Crew Dragon recovery ship GO Navigator has departed from Port Canaveral and is heading to the Gulf of Mexico to support the Demo-2 splashdown.

GO Navigator will be positioned to support the 4 potential splashdown locations in the Gulf. (File photo: @Cygnusx112)
Click to expand...

Everything is go for the Undocking and splashdown tomorrow at 7.34 pm EDT, splashdown is on Sunday at 2.42 pm EDT.

NASA and SpaceX are currently targeting the Gulf of Mexico for tomorrows Crew Dragon Endeavour splashdown.

There is a hurricane strolling by KSC Sunday afternoon so the east coast of Florida is pretty much off limits for the next 2 days.

fredymac said:
There is a hurricane strolling by KSC Sunday afternoon so the east coast of Florida is pretty much off limits for the next 2 days.
Click to expand...

I had wondered why the sudden change from the Atlantic to the Gulf of Mexico, it is the hurricane season after all.

That is SpaceX Dragon Endeavour had a successful splashdown in the Gulf of Mexico.
F


.@AstroBehnken and @Astro_Doug have been lifted out of the water and are aboard the Go Navigator. Welcome home. #LaunchAmerica
Click to expand...


NASA took a big step in opening up access to space with the Commercial Crew program. Today’s landing demonstrates that commercial access can be done safely and efficiently. Congratulations to the crew, @NASA, @SpaceX and all involved in this wholly successful mission.
Click to expand... 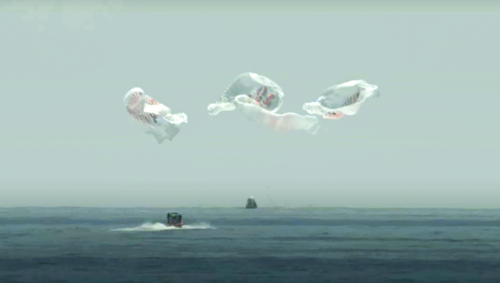 Michel Van said:
what was worin is how fast private boats arrives on scene before SpaceX team
and getting too close to Capsule

Michel Van said:
what was worin is how fast private boats arrives on scene before SpaceX team
and getting too close to Capsule

They're in international waters, and the USCG says they do not have legal authority to impose an actual exclusion zone because of that.

Should think so too, after what happened during the last recovery.
R

The Wellingtons are a nice touch.
F


It’s probably just me - a product of the dark days I lived through - but I get shivers when a hear that human spacecraft heatshield showed unexpected degraded performance and requires ‘minor’ modification. Yes, that gives me shivers. Be thorough. Do good work.
Click to expand...


Perhaps that is a reason for hope, Wayne. There are very, very few silver linings from tragedy, but the hard lessons we take away from them to make future missions safer is surely one of them. In this case both NASA and SpaceX seem acutely aware and are addressing.
Click to expand...


I hope so. Don’t have the insight to know for sure. Remember that we thought we were covering all our problems well back in early 2003.
Click to expand...


Thank you Hans. I trust you and know that you have applied good engineering to this problem. I probably wouldn’t understand this at a deep level since I did not deal with ablatives. What I do ask is that you give this extra attention. Don’t have regrets.
Click to expand...

For folks who might be wondering why this guy Wayne Hale is getting so many responses. He was one of the NASA Shuttle Program managers when Colombia was lost on reentry, and became the overall Shuttle Program Manager in the aftermath. He has written extensively on the failures that led to that loss.

And "Do Good Work" is Gus Grissom's famous speech to the workers building the Atlas rocket. (And of course, he died in the Apollo 1 disaster.)

So that's not just a bystander, that's a plea from a man who knows first hand the consequences of having a problem with heat shields. And he's using language that speaks directly to the memory of those lost when the team didn't do good work.
F

Launch of NASA’s SpaceX Crew-1 mission to the International Space Station is now targeted for no sooner than early-to-mid November, providing additional time for SpaceX to complete hardware testing and data reviews as the company evaluates off-nominal behavior of Falcon 9 first stage engine gas generators observed during a recent non-NASA mission launch attempt. Through the agency’s Commercial Crew and Launch Services Programs partnership with SpaceX, NASA has full insight into the company’s launch and testing data.
Click to expand...

Launch of NASA’s SpaceX Crew-1 mission to the International Space Station is now targeted for no sooner than early-to-mid November, providing additional time for SpaceX to complete hardware testing and data reviews as the company evaluates off-nominal behavior of Falcon 9 first stage engine gas generators observed during a recent non-NASA mission launch attempt. Through the agency’s Commercial Crew and Launch Services Programs partnership with SpaceX, NASA has full insight into the company’s launch and testing data.
Click to expand...

Early to mid November? That is not too long to wait, I hope that SpaceX gets the problem sorted with the rocket before launch day.
F

SpaceX is replacing two engines on the Falcon 9 booster set to launch four astronauts next month on the company’s first operational Crew Dragon flight to the International Space Station, following an investigation that revealed a subcontractor failed to adequately clean out narrow vent ports on multiple engines across the company’s fleet, officials said Wednesday.

NASA and SpaceX officials said they are working toward a target launch date of Nov. 14 for the Crew Dragon mission, which will take off on top of a Falcon 9 rocket from pad 39A at the Kennedy Space Center in Florida.
Click to expand...

Engineers found two of the nine Merlin 1D engines on the Falcon 9 first stage for the Crew-1 mission have the same problem.

“We’re in the process of swapping out two engines on the first stage on the Crew-1 vehicle due to this problem, and that is in work at this time,” said Steve Stich, NASA’s commercial crew program manager, in a conference call with reporters Wednesday.

According to Koenigsmann, the Oct. 2 launch abort at Cape Canaveral occurred immediately after sensors detected an unusual pressure rise in gas generators on two Merlin engines.

“When we looked at the data, we saw that two of the engines attempted to start early, and the auto abort prevented that,” Koenigsmann said. “And by doing that, it prevented a possible hard start that could have been damaging to the engine hardware.”
Click to expand...

SpaceX was able to analyze the engines’ startup behavior in McGregor, and additional inspections found a blockage in a narrow line leading to a relief valve on the gas generator.

Koenigsmann said the vent port, which means just one-sixteenth of an inch wide, was obstructed by a hardened masking lacquer. He said liquid lacquer — similar to red nail polish — is used by a third-party vendor that anodizes aluminum engine components for SpaceX.

The lacquer protects certain parts during the anodizing treatment process, but the vendor — which officials did not identify — is supposed remove the material before shipping the components to SpaceX for engine manufacturing.

The gas generator on each Merlin engine drives a turbopump feeding kerosene and liquid oxygen propellants into the main combustion chamber.

“It’s obviously a very important part,” Koenigsmann said. “That little red substance was blocking a relief valve that caused it to (ramp up pressure) a little bit earlier than it was supposed to.”

“Probably during the washing or the cleaning process some of that masking lacquer went into this vent hole and blocked it,” Koenigsmann said.

“How was this missed? The little borehole that goes to the vent valve is tiny. It’s 60 thousandths of an inch … When something goes in there and is hung in there, it’s possible you miss it,” Koenigsmann said. “You shouldn’t … but I can see how people overlook that and didn’t quite see that, even if it is red.”
Click to expand...

SpaceX is beefing up inspections on engine parts before assembling the Merlin powerplants at the company’s headquarters in Hawthorne, California.

“We have tons of valves that we build,” Koenigsmann said. “We have tons of regulators, and they have little vent paths inside the hardware, so we’re now looking at all of this and making sure that there’s no leftovers — all the valves are clean and good. We did a lot of that already in testing. This triggers another effort to really look at every passage and make sure that things are clear when you bolt them together.”

Koenigsmann said SpaceX is working with the vendor that uses the masking lacquer to correct the issue on future engine parts.
Click to expand...

Because Space X has such a high launch cadence NASA will be able to see these modifications fly on at least one uncrewed launch before the next manned launch.

Grey Havoc said:
Meet the people paying $55 million each to fly to the space station

An American real estate investor, a Canadian investor, and a former Israeli Air Force pilot are paying $55 million each to be part of the first fully private astronaut crew to journey to the International Space Station. The Verge reports: The trio will hitch a ride on SpaceX's Crew Dragon...
science.slashdot.org
Click to expand... 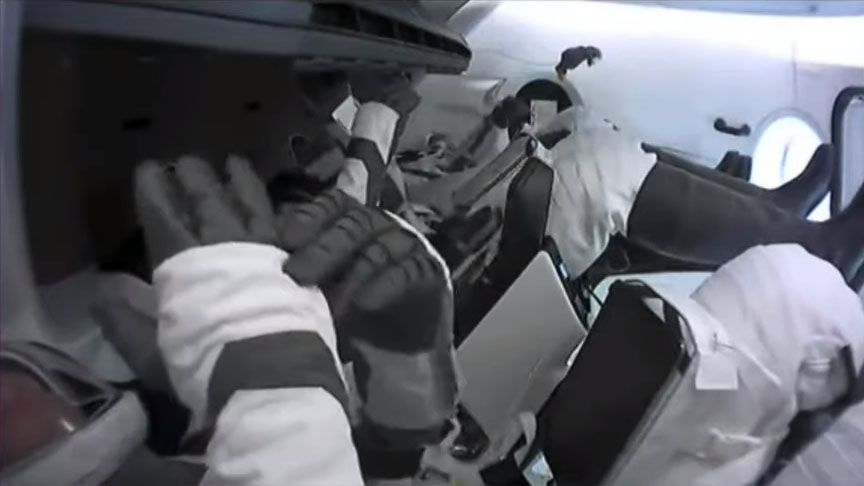 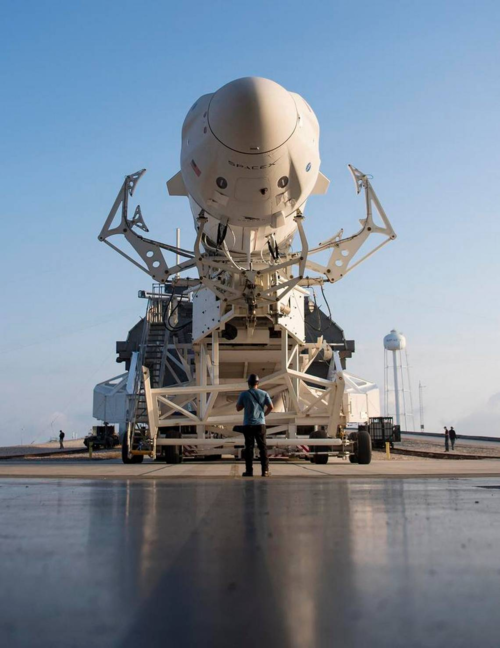 ORIGINAL CAPTION: In this image released by NASA, a SpaceX Falcon 9 rocket with the company’s Crew Dragon spacecraft onboard is rolled out of the horizontal integration facility at Launch Complex 39A during preparations for the Crew-2 mission, on April 16, 2021, at Kennedy Space Center in Florida. - NASAs SpaceX Crew-2 mission is the second crew rotation mission of the SpaceX Crew Dragon spacecraft and Falcon 9 rocket to the International Space Station as part of the agencys Commercial Crew Program. NASA astronauts Shane Kimbrough and Megan McArthur, ESA (European Space Agency) astronaut Thomas Pesquet, and Japan Aerospace Exploration Agency (JAXA) astronaut Akihiko Hoshide are scheduled to launch on April 22. (Photo by Aubrey GEMIGNANI / NASA / AFP) / RESTRICTED TO EDITORIAL USE - MANDATORY CREDIT “AFP PHOTO / NASA / Aubrey Gemignani” - NO MARKETING - NO ADVERTISING CAMPAIGNS - DISTRIBUTED AS A SERVICE TO CLIENTS (Photo by AUBREY GEMIGNANI/NASA/AFP via Getty Images) AUBREY GEMIGNANI NASA/AFP VIA GETTY IMAGES

Via the same source: 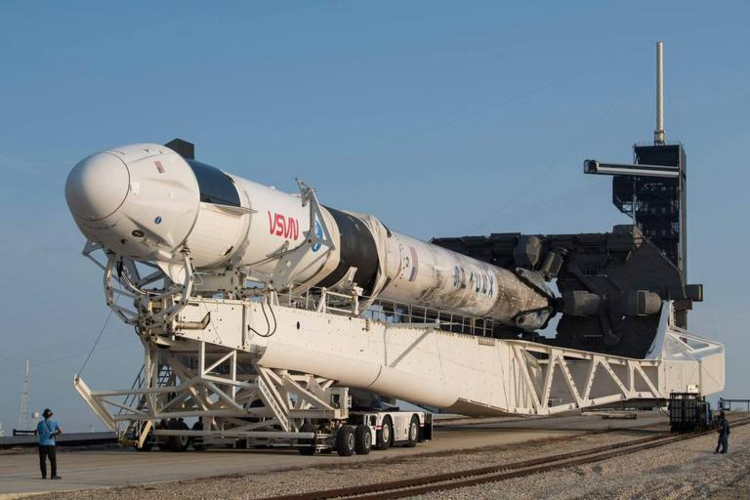 ORIGINAL CAPTION: In this image released by NASA, a SpaceX Falcon 9 rocket with the company’s Crew Dragon spacecraft onboard is rolled out of the horizontal integration facility at Launch Complex 39A during preparations for the Crew-2 mission, on April 16, 2021, at Kennedy Space Center in Florida. AUBREY GEMIGNANI NASA/AFP VIA GETTY IMAGES
T 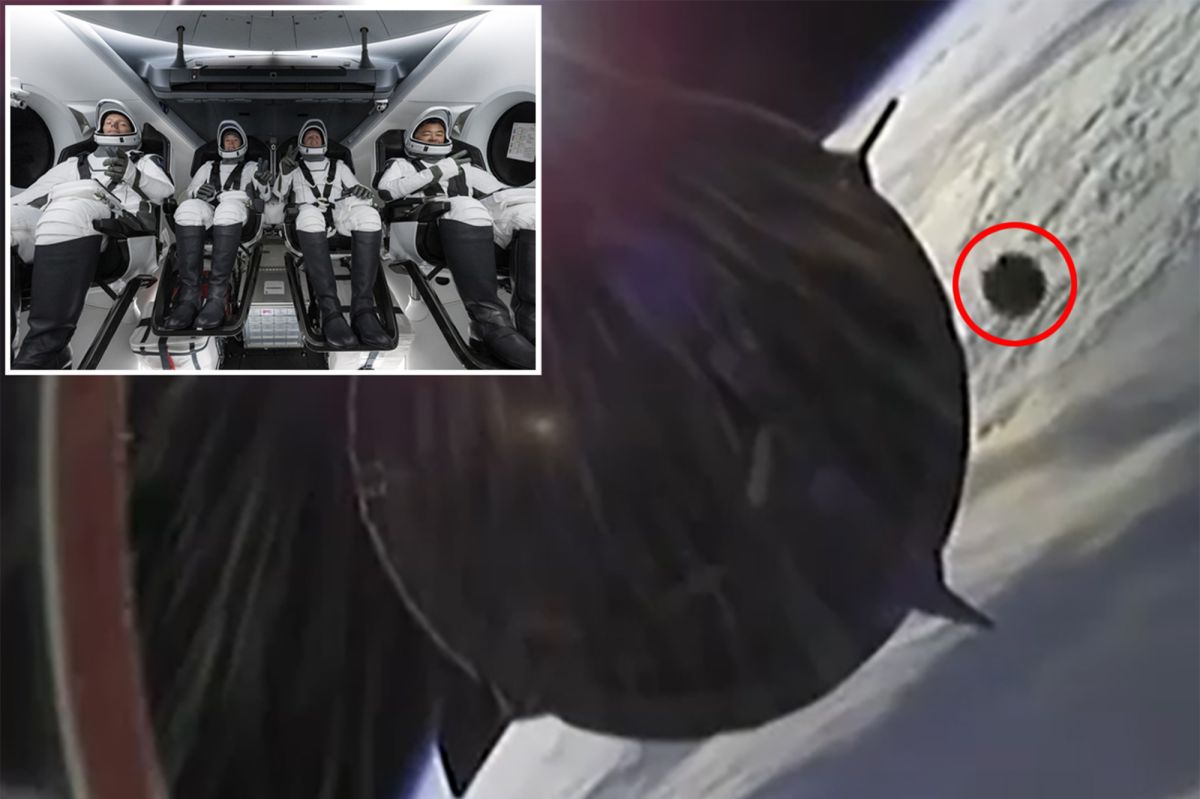 Live video caught the tense moment that astronauts aboard NASA’s Crew-2 mission were warned about a possible collision with an unidentified object. 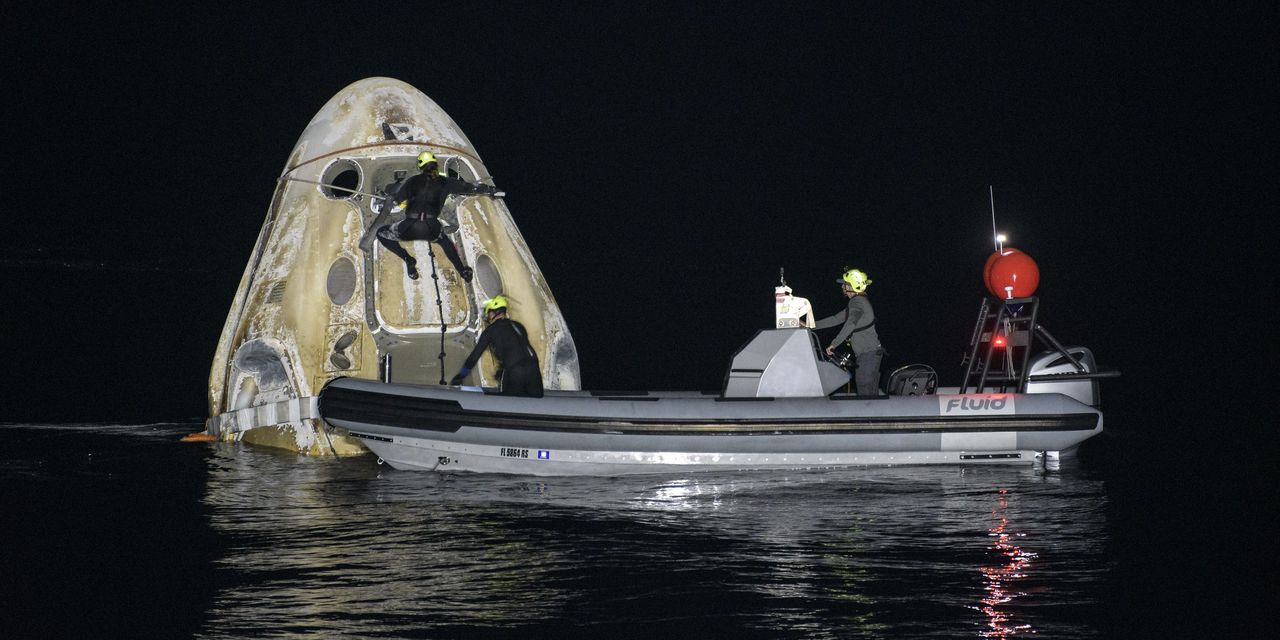 A SpaceX capsule with four astronauts returning from the International Space Station splashed down early Sunday safely in the Gulf of Mexico, the first such nighttime return to earth for NASA since 1968.

A SpaceX capsule with four astronauts returning from the International Space Station splashed down early Sunday safely in the Gulf of Mexico, the first such nighttime return to earth for NASA since 1968.

And without the madness of the first splashdown which was good news, they should do more nighttime splashdowns 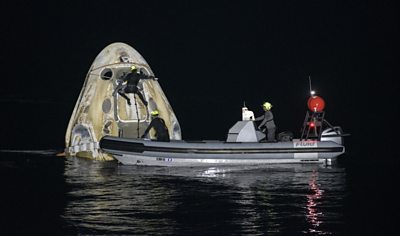 Four astronauts splash down off the coast of Florida after a six-month mission to the International Space Station.
www.bbc.com