F-14D said:
Actually, there might have been another big factor that you identified in one of your previous posts:


From the bureaucratic and sandbox points of view, would Army really want to take on all the fire and brimstone that would come their way from USAF if they said they wanted to develop a vehicle that could do that?
Click to expand...


And it could fly at 27,000 feet. Downselect on AAFSS was only six months before the Johnson-McConnell Agreement. AAFSS also passed on the Boeing tilt wing which probably had similar high performance. Another element suggested by Robert Bradley is that adopting a VTOL plane like this would have invovled a lot of reshapping of tactics and training. The Lockheed and Sikorsky offers downselected for project definition were just helicopters that could fly fast. Convair and Boeing (and perhaps others) were offering aircraft that could TOL and hover like a helicopter.
H

I understood that a small scale proof of concept was flown and proved very noisy- does anyone have any pictures of it?

I've put an article together on the Model 49 here: http://hushkit.wordpress.com/2014/07/28/the-us-armys-ring-wing-transformer-the-strange-story-of-the-convair-model-49/

Anyone have any pictures of the small proof of technology demonstrator?

Thanks Mr/Miss. Blam Blam,
I've now added it to that thread.

I need that model in the video. NEED it I say. ;D
P

It DOES have a nice ring ;D That needs to be nose art. Think Fem Bots...

AeroFranz said:
It DOES have a nice ring ;D
Click to expand...

Okay so this has perplexed me ever since I discovered this project. The text clearly mentions the potential loadout of all three turrets and the external hardpoints for heavy weapons. But what in the world is actually depicted within the central turret in the image below? Logic tells me it can’t be more than a single 30mm cannon because the barrels would be side-by-side and of equal length. It looks to be a 30mm but it seems to have a smaller barrel to the left of it. Could that potentially be the WASP rocket launcher also mentioned in the text? That would explain the round structure at the base of the barrel as it could be the “ammo cassette” for said launcher. The technical three-view drawings clearly show 2 barrels,one shorter than the other. Also,what’s that horizontal black line on top of the barrel? Some kind of strengthening/support or just a wayward shadow? I know this was a lengthy one so thanks for your patience!

Abraham Gubler said:
Does anyone have any idea what the "WASP Rocket" mentioned in the Convair AAFSS offer is? The limited information says that the centre turret could be equipped with either two 30x113mm cannons with 1,000 rounds for each gun or a single 30mm and 500 WASP rockets. If weight is matched between the options this would mean each "WASP" would weigh about 1kg (2.2 lbs). I would imagine something like the 66mm rocket of the M72 LAW? Google turns up nothing except that the Yugoslavian name for their M72 clone was 'Osa' or 'Wasp'.
Click to expand...

By chance I may have stumbled across an answer to the enigmatic nature of this “WASP” system.

The Martin LARA brochure details a WASP II 40mm grenade launcher. This came in either the ASP-1 automatic strafing pod of the ‘Side Firing WASP pod’. These pods weigh 150 lbs with the ASP-1 firing 60 grenades either forward or aft (depending on which way it is mounted) using a revolver mechanism. Three 40mm grenades were mounted in a triangle unit (WASP II) and are fired without the benefit of a barrel, assumedly by a rocket motor. The side firing pod has 78 rockets fixed to fire downwards and is mounted on swivelling lugs.

Judging by the previous imagery of a large revolver type launcher I would assume the WASP (I) as proposed for AAFSS used single 40mm rockets. These weapons would be similar to the SNEB 37mm rocket but using the 40mm grenade as a warhead.
Click to expand...

Well done and many thanks Abraham Gubler 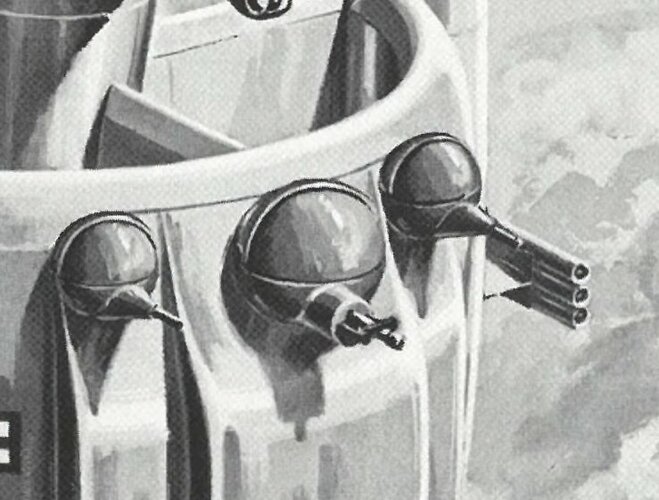 Ugh this just amplifies my frustration. What's even stranger is that the XM-75s to either side don't have that black bar over the barrel *just* the central turret.
B 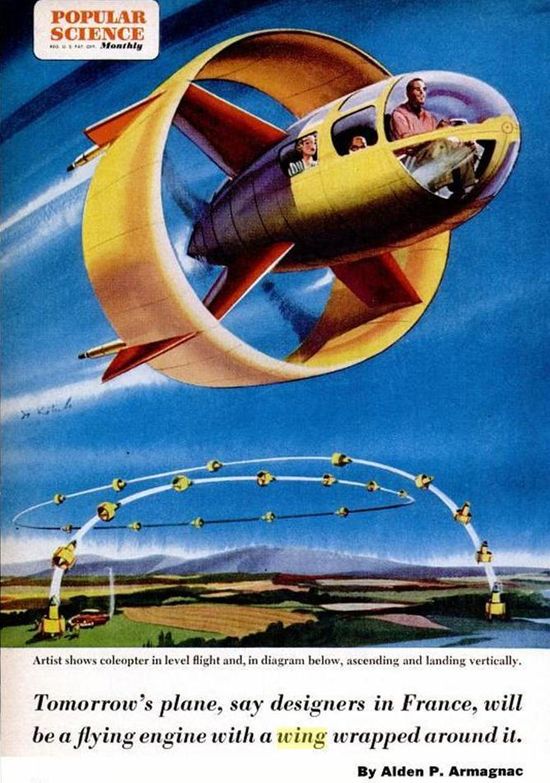