At the end of World War 2, the U-boat U-530 surrendered at Buenos Aires, Argentina. At the time, it was commanded by a very young lieutenant in the Kreigsmarine. The problem was this U-boat took far longer to reach Argentina than it should have, and when it finally arrived in July 1945, the logbook was missing, and the deck gun had been thrown overboard. The war, of course, ended in early May, 1945. It is true that most of that type of U-boat, the Type IX-C/40, had their deck guns removed after 1943, but for some reason on its last patrol, the U-530 had a deck gun installed. It is also a long-range U-boat.

The question has always remained on what exactly took the U-530 just over three months to reach Argentina, and what it was doing along the way. None of those questions were answered, and the crew refused to discuss it. It has been speculated that U-530 was used to transport a few high-ranking Nazis to Argentina, and that the U-boat made a stop or two along the Argentinian coast, prior to its surrender. This seems plausible, since the trip should have taken no more than six to eight weeks, even using their snorkel and traveling underwater the entire time.

U-530's last patrol left Germany in March 1945 but didn't arrive in Buenos Aires until July 10. This is extremely unusual because of the length of the patrol. U-boat patrols were generally far shorter than 110 days. In fact, this approaches the Impossible Zone, and yet it is a matter of record.

So what WAS U-530 doing for nearly four months out there in the Atlantic Ocean, cruising around months AFTER the German surrender? And why would they dispose of both their log and their deck gun prior to surrendering in Argentina?

You can read the captain's account of what happened here:

According to his own account he spent a lot of time underwater and going slowly and stealthily trying to avoid incessant Allied air attacks and patrols. It seems like he decided to escape to Argentina as he was unaware Argentina had broken off relations with Germany and declared war, thinking it still a neutral country - he seems to have been terrified of being captured by the US or UK.

This is most likely the actual truth.

Come on… its well known that during that long cruise, U-530 delivered the three stage rocket A-444 to the Antarctica nazi launch base. Hitler later went there via the tunnel from his bunker and used it to escape to the nazi base on the dark side of the moon. Much later , Elvis and Kennedy were kidnapped and send there by Von Braun, their death being faked, that was the secret nazi agent Von Braun mission and true purpose of the Apollo program.
Hitler wanted to have his favorite rock singer to make him private shows, and a US president to torture at hand. Simple.
Last edited: Mar 28, 2021

I don't think this was a conspiracy, although it was obvious to the interrogators that the Captain was lying on several points. One of them being he believed the 'Rainbow Signal' from Admiral Donitz was fake. It's known that several high-ranking Nazis did in fact escape to Argentina near the end of the war. And U-530 was the only U-boat that departed Germany more than a month before the war ended...and still managed to make it to Argentina. His claim that he was afraid of both the English and the Americans is ridiculous. Plenty of Germans, some from U-boats, were held prisoner during the war and it was well-known they were treated a lot better than our guys. Some even managed to escape to tell their stories while the war was still going on.

Not sure if this counts as a conspiracy. More like a delivery trip for a few people who knew the end was coming. Let's face it. People like Joseph Mengala didn't use a rowboat to get to Argentina. The heavy redaction done on the boat's documents, and the Captain's lie about the Rainbow Signal are indicators he was probably just asked to help a few people escape the country. It doesn't matter that much, since most of them were eventually caught, or like Mengala, died later.

If you put the slightest effort into research you would find Josef Mengele didn't leave Germany until 1949 so the only way he could have been on that u boat was via some kind of time travel device. I suggest you find a Nazi who actually fled Germany before the end of the war to speculate about.

There are many reasons why the captain might have been evasive or lying but try to assemble evidence not random assumptions.

I just used Mengele as an example. It still remains that the U-boat captain had the logs redacted and was caught in a few lies here and there. No, I don't think it was a big conspiracy plot. Do I think he may have transported some passengers to Argentina or perhaps elsewhere along the way? Maybe.
I

While it is unlikely that anything can be proved one way or another, there is nothing to justify belittling the idea as conspiracy theory. It is a fact that Nazi Germany used U-Boats to land small groups of saboteurs on the US coast. A number were captured, tried by military tribunal, and executed. So some sort of secret transport late in 1945 is hardly beyond the realm of possibility. Nor is it all that unbelievable that a Nazi in Argentina might tell less than the full truth.

iverson said:
While it is unlikely that anything can be proved one way or another, there is nothing to justify belittling the idea as conspiracy theory. It is a fact that Nazi Germany used U-Boats to land small groups of saboteurs on the US coast. A number were captured, tried by military tribunal, and executed. So some sort of secret transport late in 1945 is hardly beyond the realm of possibility. Nor is it all that unbelievable that a Nazi in Argentina might tell less than the full truth.
Click to expand...

Sure, but at this distance in time, its impossible to say anything useful, so it's hard to see where the debate is going to go. The original post is clickbait in tone and uses the language of conspiracy. Maybe he took ages because he was submerged a lot which makes the speed lower - which is what he said. The truth is often less fun than speculation.

the case is so strange

according eyewitnesses the U-boat had rust and fire traces and a damage tower
according Argentina authorities had U-boat no weapons on board and a missing a dingi
and all important documents and top secret equipment missing
even the crew had no identity cards what let to allot question who is who ?
The Commanding office Otto Wermuth was not very cooperative with authorities and later US intelligence
the rest of crew was more informative

The Crew and Wermuth version of Story:
He got a order for reconnaissance and attack mission direct from Berlin
The U-boat was near Puerto Rico as Wermuth took the decision to drive to Argentina
he order also destruction of all weapons and secret equipment
oddly the Crew also insist they trow the Submarine main Gun overboard, although on that class there were remove in 1943 !

before someone screams conspiracy
I wanna point out that the Commander of U-530 Crew Otto Wermuth
Was in time a 24 year old oberleutnant zur see on his second command and first real patrol !
not what you call a experienced commander of U-boat like Der Alte 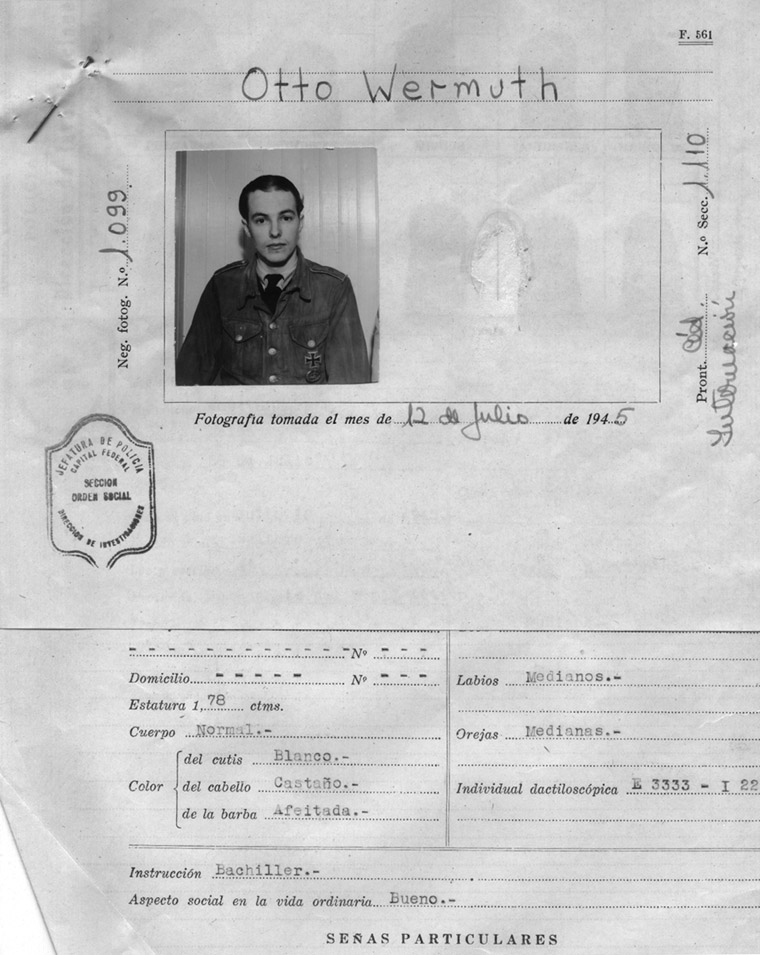