There was also another japanese giant ?
The 100 ton tank "Mi-To" ?
http://uk.geocities.com/sadakichi09/army/IJAV.htm
Maybe someone knows more ?

Maybe someone knows some other japanese late war tank projects ?

Many greetings and thanks
T

There was also another japanese giant ?
The 100 ton tank "Mi-To" ?
http://uk.geocities.com/sadakichi09/army/IJAV.htm
Maybe someone knows more ?
Click to expand...

Maybe an early prototype of the O-I project but most probable nothing more than a rumor.

Maybe someone knows some other japanese late war tank projects ?
Click to expand...

Thanks for the reply ! There was the Type 5 Chi-Ri.
Was there a candidate for a Type 6 tank ?!?

At surrender there were only plans to develop a tank hunter (Ka-To) and a tank destroyer (Ho-Ri) both armed with the type 5 105 mm tank gun plus up-armouring the Chi-Ri to up to 135 mm frontal armour in 1946 ("type 6" = 2606 indicates the Jimmu calendar year in which the weapon system was officially adopted, Jimmu calendar started 660 BC)

Thanks for the good informations !

Uploaded on Nov 16, 2008
The Japanese original tank type 89 was used in Chinese front and Pacific front before and during WWII. This one is restored By Japanese Self Defence Army in 2007 at Tuchiura wepon scool near Tokyo as an educational technical method.

We saw it at the base day in October 2007 and it runed again in 15th November 2008. It's an important Japanese histrical thing,we think it.
Click to expand...

As I just have the book from Ferdinand M. von Senger und Etterlin "Die Kampfpanzer von 1916 - 1966"
at hand, I'll post some drawings of Japanese tanks. The type 3, 4 and 5 remained prototypes, only.

Jemiba said:
As I just have the book from Ferdinand M. von Senger und Etterlin "Die Kampfpanzer von 1916 - 1966"
at hand, I'll post some drawings of Japanese tanks. The type 3, 4 and 5 remained prototypes, only.
Click to expand...


Actually some 66 of the Type 3 were built. The Type 4 only had 6 examples (I believe some of those were prototypes) and the Type 5 was an unarmed prototype.

In this new proposed theory, every spot in the Iroha classing system falls into their proper order up until the 1944-1945 gap where many tanks were scrapped and remain unknown.

* = Tanks currently not publicly available. Kept private with David Lister and I until his book, which was recently contracted, is published.
Click to expand...

Grey Havoc, when will the book be published?

Nick Sumner said:
Grey Havoc, when will the book be published?
Click to expand...

Sorry, he didn't give specific details on that, though based on a reply of his in the comments section, it's likely to be sometime around mid-May at the earliest.

Grey Havoc said:
With regards as to the development of the O-I superheavy tank: http://sensha-manual.blogspot.com/2018/09/o-i-superheavy-tank-complete-history.html
Click to expand...

What I found out on IJA and IJN tanks and armoured vehicles so far (not final but as far as I was able to get):

concerning the OI,;you might look at tank encyclopedia article http://www.tanks-encyclopedia.com/ww2/jap/O-I.php (my article on this tank will be out in a french magazine).

Will you please post a message as soon as your article would be published?

Thanks in advance
S

does it disturb you if it's in french?

English would be better. Much more accessible.
S

it was redacted for a french magazine.

Not a problem, just easier to take in that's all. 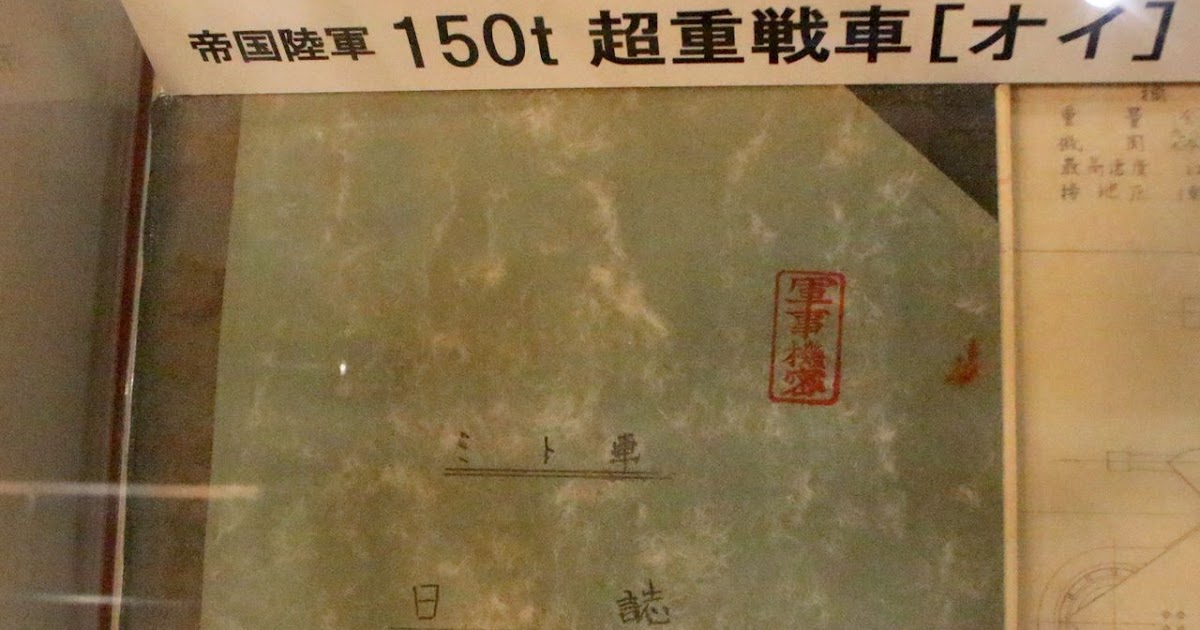 The Battle of Khalkhin Gol had been a devastating defeat for the Empire of Japan in 1939. The Kwantung Army suffered total strategic de...