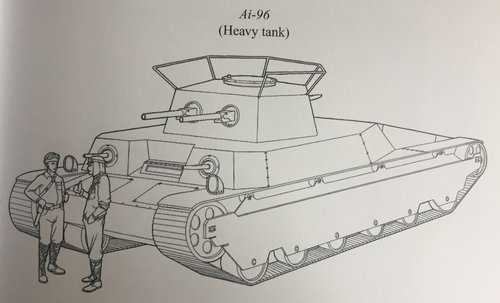 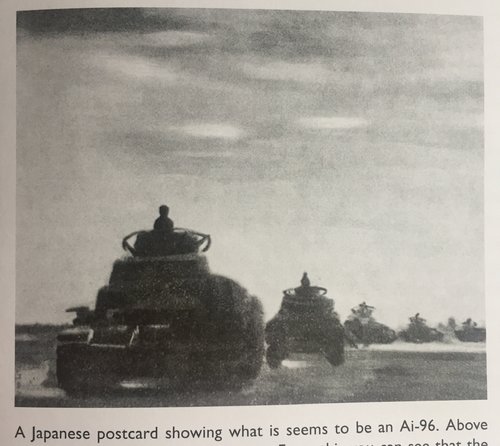 Hello everyone. Today I wanted to share one of Japan's heavy tanks, the Aichi 96. Designed sometime after the Type95 heavy tank, Japan delved into producing new tanks in an attempt to fielding them across China. Multiple companies are listed to have taken part. This tank had at least unit built on February 1st, 1937. The Aichi 96 was equipped with 4 cannons, two in the turret, and two in the front hull. The tank was later changed to mount a single 75mm tank gun in the turret. However, which gun is not known. The standard guns labeled were 37's, likely being the same 37's standard used on the Ha-Go. The tank had a length of 9 meters 35 centimeters and weighed 36 tons. The armour of the tank was only labeled to 35mm on the chart. Whether this is meant for total protection of just what the prototype was constructive as (to add armour once model is established) isnt noted. It was crewed by 10 people. This tank was reported to have been sent to southern China by 1938. However, details havent been found at this time. Something additional to note is the manufacturer being listed as Aichi. Aichi did not have a prior history of tank development. A popular theory is these series of vehicles might have been designed in cooperation with foreign nations which had been popular at the time and contracted to various factories to build. But once more, details are still needing to be looked into.
Unfortunately thre's all information i found almost 2 months.If you got more informayion contact me patinghjohn@gmail.com
M