Thanks CS for your theory on the designations. It sounds plausible to me.

This topic is so fascinating!
They put a lot of effort and resources into their Special Sub/Mother Sub combos, providing them with some unique capabilities.
I'm surprised that no other navy has a similar setup. In comparison, the Jimmy Carter (SSN 23) has a similar function but is just using ROVs.
Isn't it much cheaper and safer to operate with ROV at deep depth? And I imagine deploying a ROV is more discrete than deploying a Mini Sub from the carrier?

Well there is a lot we will probably never know, but from an analyst perspective there are a few clues.

Firstly, history. The USN were substantially first, and developed two models in parallel, which was partly the result of internal rivalries between Rickhover and everybody else. The first was the NR-1 nuclear powered midget sub. The second was the Halibut-Seawolf-Parche-RB Russell-Jimmy Carter lineage which combined VDS, ROVs and saturation divers. Today the midget sub lineage is gone although it's not a clear case of winners and losers.

Meanwhile Russia was behind with ROVs. They had them, but most Russian ROVs are western in origin.

Today Russia has some large ROVs for this type of thing carried on the Yantar but these are massive and require external maintenance. And they still feel the need for manned submersibles on Yantar. So it is fair to suppose that Russian ROVs are still in catch up mode.

They have UUVs (eg Harpsichord AUV) but only got search.


Also, some of the tasks they want to achieve might be too large for ROVs. Like deploying the self contained nuclear plants (eg Shelf).

Btw, cutaway revealing some of Parche's severs likely out next week on Covert Shores

USS Parche article. Not quite SDVs but somewhat similar in theme. http://www.hisutton.com/USS_Parche.html

And a few 'new' pics added to the Cos.Mo.S CE2F page. More to come as well.

The first two-man type, the Seahorse-I:

A project from ITU, Turkey. In 2012 they had some fund start this SDV Project I am not sure if they ever finished. 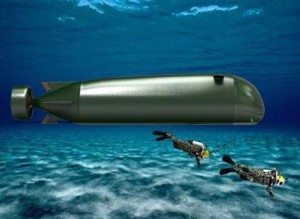 11m and "hydrogen powered" (refers to fuel cell AIP?) I think. Do you know anything more about it?
O

What I know is SDV Project started by a group of ITU PhD students and partially funded by government. Later I heard they completed design and started production with very limited funds. Then the students established a start up company to produce underwater related technologies.


As far as I know the sub is drydock design, capable deliver 8 frogman with 200nm range. The SDV planned to use COTS Li-ion Polymer Batteries not H-FuelCells
O It is probably tested, it is not known if ever Turkish Navy procured.
O

Turkish SAT (Navy Special Operation) has given one of his SDV to Turkish University YTU in order to study future SDV/Mini Sub designs.

Can you ID this vehicle? It could be both foreign made or one of Golcuk Shipyard "black project"...

It is probably tested, it is not known if ever Turkish Navy procured.
Click to expand...

hi, a researcher who I don't think is a member here told me that he'd seen this photo here and recognizes it as a French project. No further details but he's someone i turn to for reliable info so I'm sure that there is something in the French connection.
O

Thank you, interesting information. So did it become operational?

I will try to find related design in IDEF-2017
O

There is 2 design from DATUM

There is small one, being in construction, is a "test submarine" 9m long and carry 3 person. The bigger one will be operational SDV 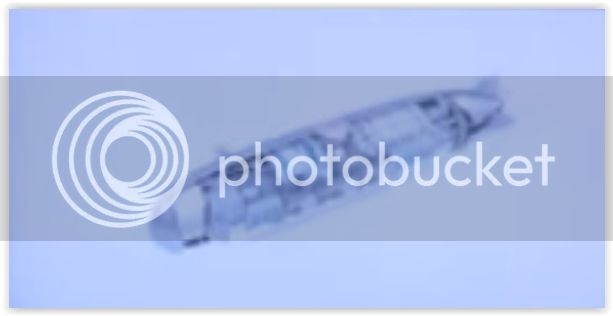 Fantastic, good to see. Looks a lot like the older 2007 design, very similar layout. any links?

It is probably tested, it is not known if ever Turkish Navy procured.
Click to expand...

after some digging and analysis I know think that this design is indeed a distinct Turkish family. Likeness to the 'unknown' French type is coincidental.

Not to highjack your great thread, but on the DSEI 2017 in London, there was a public demonstration
of the SEAL Carrier SDV.

(Stills from the first video)

Updated the Covert Shores article on DRASS to include the DG-85, DG-120 and DG-160 midget subs. http://www.hisutton.com/DRASS.html

Another very well thought out presentation. It is apparent that a lot has gone into not only research but also making it easier to digest the article.

Thanks for the feedback. Yes sometimes I wonder whether the effort to record this under-reported corner of defense is worth it.

I didn't see a specific topic for these Aerojet mini-subs, so I thought this might be the place to post this film. Moderators, please move to a more appropriate topic, if necessary.

In 1949 the U.S. Navy asked the Aerojet General Corporation to find a way to allow underwater demolition teams to move more quickly. Two Aerojet engineers, Calvin Gongwer and George McRoberts, delivered not only a report but the miniature submarine shown in this historic film. This version appears to be electrically powered and probably not the prototype version, which was actually human powered. Inside the fiberglass hull of that first unit was what Gongwer and McRoberts christened the "Aquaped", a unicycle-like device that a diver could pedal underwater. The submarine was fully maneuverable underwater but did require the use of an Aqualung, and could supposedly move about four times faster than a frogman. The AquaPed was listed in the U.S. Divers catalog for $160 and the human powered submarine $1500 in 1953, with the listing indicating the submarine could move at roughly 5 knots. (Source: August 1953 issue of Life Magazine).

Aerojet's submarine caught the attention of budding director/producer Roger Corman. He obtained the company's enthusiastic permission to use one of the subs in return for on-screen promotion. The result was his first solo production, "Monster From the Ocean Floor" (1954).

It's unclear whether the Aerojet mini-sub or the Aquaped were ever used by the UDTs / SEALs, but SDVs (Seal Delivery Vehicles) were deployed with various units in the 1950s.
Click to expand...

Great video, never seen that before!

A couple of correction/additions to the description:
a) the craft in the film is the Aerojet Mk.III from 1954.
b) despite what it says, the Mk.III was peddle powered
c) yes UDT did use them, but only test and training. But Aerojet were involved in multiple SDV projects up to the Mk.VIII and Mk.IX projects (although the Navy took over development of those c1970)

As far as I can tell Aerojet coined the term "mini-sub" with these. Am meaning to do a full Covert Shores article on Aerojet SDVs. One day.

Attached are some notes from when I was trying to figure out the Aerojet development history. Got a lot of help from retired UDT/SEALs, a RN Clearance Diver and the Canadian Naval Divers association. Wasn't intended for public presentation. Between us this is the closet to reconstructing the family tree as we got (SDV Mk.VIII and Mk.IX not shown)

Italy finally reveals it's SDVs, albeit an export model. http://www.hisutton.com/Deep_Shadow_SDV.html

The vehicle was debuted at SOFIC (Special Operations Forces Industry Conference) in Tampa, FL, in 2018. It has high modularity which enables additional batteries for extended range, higher sustainable speeds and redundancy for safety.

The system utilizing a uniquely modified Shark Marine Navigator System and is controlled via articulating Bow Plane Thrusters and pivoting Rear Thrusters, which provides for both manned and unmanned (autonomous) operation. 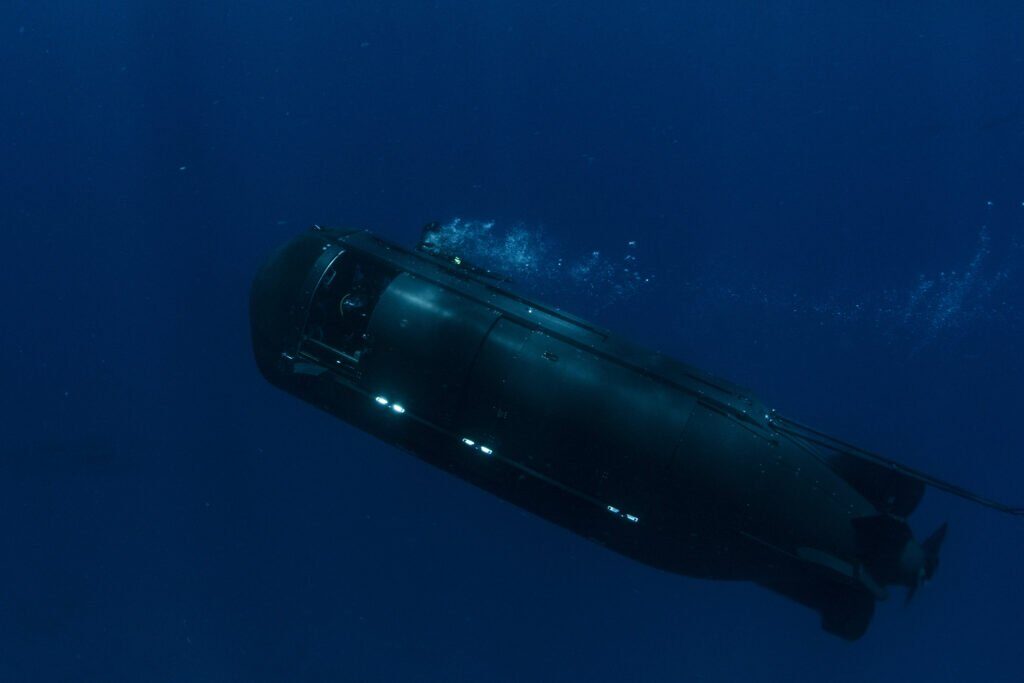 SOCOM's first Dry Combat Submersible is undergoing a year of testing by the Navy to work out new technologies, including a new power source, before moving forward.

" SubSea Craft released pictures today of its technically advanced surface-submersible VICTA undergoing construction here in Britain and set to hit the water in 2021. "

"
The craft is made of carbon fibre with a Diab core. A lightweight construction many times stronger than fibreglass, VICTA will be faster and more manoeuvrable than comparable craft.

A sub-marinised SeaTek 725hp diesel engine powers VICTA on the surface through a highly efficient water jet achieving speeds of up to 40 knots over a range of 250nm. Two SubCtech lithium Ion battery packs kick-in upon diving, to provide the power to enable sub-surface operation. Enclosed in fully watertight chambers, the batteries generate sufficient energy to power the submersible for up to four hours - sufficient to cover 25nm with two crew and six operators.

The design features forward and rear hydroplanes - a vital part of the control system in maintaining stability when submerged, along with vertical thrusters enhancing VICTA’s low speed manoeuvrability.

As the build continues over the coming weeks, VICTA’s diesel engine will continue testing at the company’s Trials and Testing facility in Portland before installation in the craft. This precedes integration of its world-leading command & control systems as well as incorporation of the obstacle avoidance sonar that will act as VICTA’s eyes under water. This latter system is capable of building a 3D impression of the sea floor out to 600m and down to 100m, to help guide and navigate the vessel unaided. " 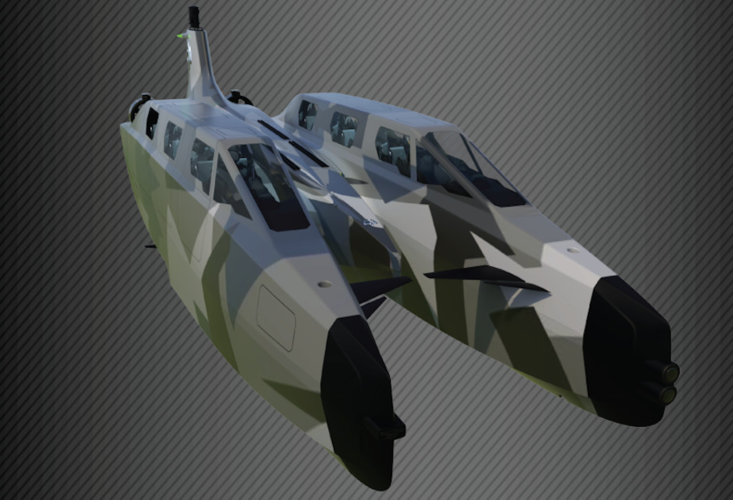