Finally the full picture of the FC-31V2 painted 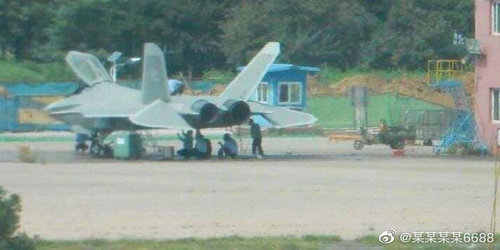 I'm sure, neither SAC nor the PLAAF would refuse it in case the US would deliver.

Would be interesting to know how old or recent they are and if these latest rumors concerning the allefged V3 prototype are based on these ones. 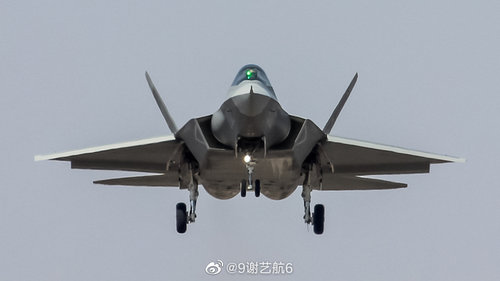 TBH for me it lools EXTREMELY blank. Like absolutely lacking any personality whatsoever.

Pretty much. I was beginning to wonder if you were dead.
T

The choice to go with two engines is probably the result of not having a suitable engine for a single powerplant design which could still be within the requirements. This prototype probably enjoys some 180-200 kN of uninstalled thrust. Whereas even if the design was tailor made around a single WS15 engine, the thrust rating would have likely been some 30-ish kN less. And WS15 was also probably seen as a very risky, far away in the future choice back then, 10 years ago, when FC31 configuration was probably more-or-less frozen. It may very well still turn out to be an engine not to see serial production for another decade.

Of course, if it turns out that FC31 will be using engines totaling some 170-ish kn of thrust, while at the same time WS-15 manages to match that rating and somehow does become readily available by 2025 or so - then that's going to be an opportunity missed for the Chinese air forces.

Yes, from the front it would remind you a bit of a twin-engined F-35.
T

I wonder which side will suffer the most from friendly fire...
Perhaps F-35 will have to be escorted by A-10 and J31 by J6?

TomcatViP said:
I wonder which side will suffer the most from friendly fire...
Perhaps F-35 will have to be escorted by A-10 and J31 by J6?
Click to expand...

Yes for sure, esp. since the PLAAF no longer operates J-6s.
T

Of course that we know, the joke was to emphasize airforce ressorting to escort their top-end fighters with un-stealthy & slow mudmovers. 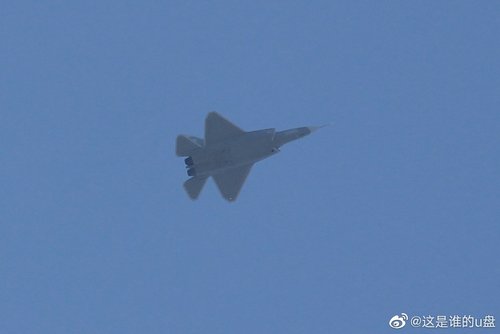 The image posted yesterday is PS'ed since someone took an existing image of this FC-31V2 parked on the tarmac, rotated it slightly and put it against a false background to make it appear landing or at least in the air.

OK, so there is still no Third prototype of J-31 yet.

Bit of a downer as among the Asian stealth fighters, this one is aside from J-20 is the most mature in terms of development.

What do you think?

The article said its personnel was sent to Shenyang Aircraft Design Institute or 601 Institute and the 29th Research Institute of the China Electronics Technology Group Corporation (CETC) during COVID-19 to support the aircraft’s development work.


The aircraft could either be a new variant of an existing airframe or a total new design. However, it is of note that if its a new design, it would have been written as 新型 in mandarin.
Click to expand... 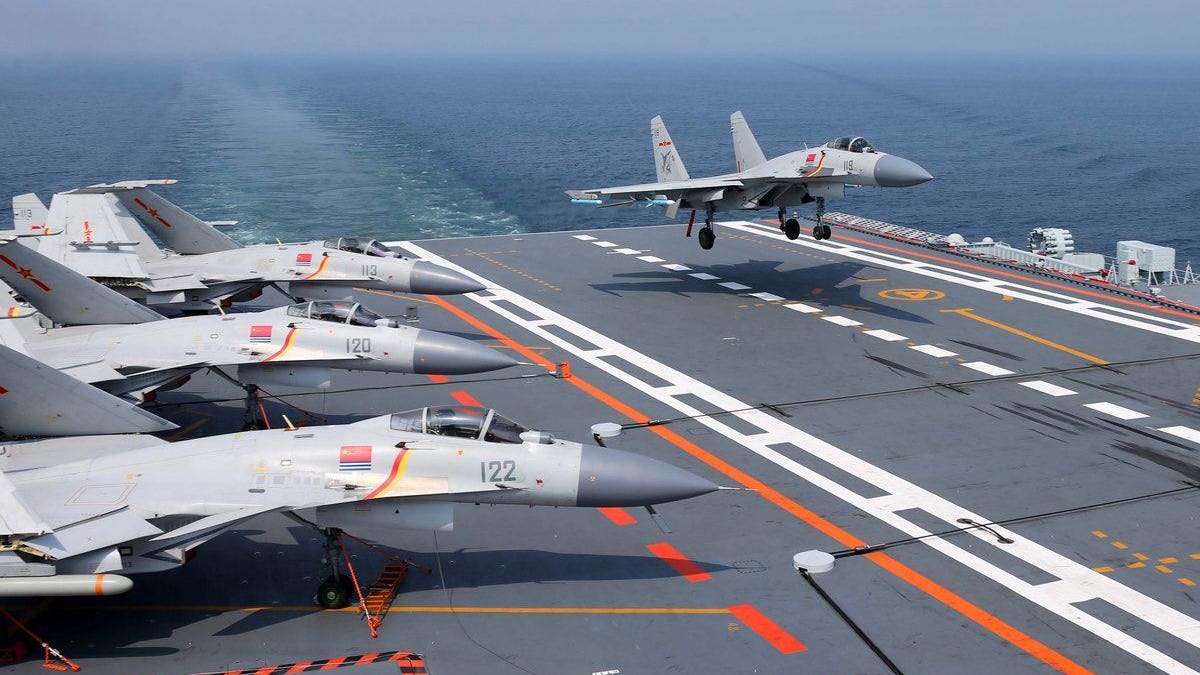 The Chinese navy reportedly is considering acquiring a new stealth fighter to replace existing carrier-launched warplanes that have proved unreliable and unsafe.

I laughed at the comments here. You guys are great. Fact is that the Asian / Chinese stealth aircraft really look like carbon copies or hybrids of F-22 / YF-23 / F-35 - to a very troubling point.

Definitely, "Eat the pudding"..... Everyone else is.

The Chinese navy reportedly is considering acquiring a new stealth fighter to replace existing carrier-launched warplanes that have proved unreliable and unsafe.

Oh well, a typical David Axe report ... we all know it is nothing but the second prototype now with the confirmed serial 31003 and as such indeed the third aircraft build (with no. 02 being a static airframe eventually) but there are only two flown. 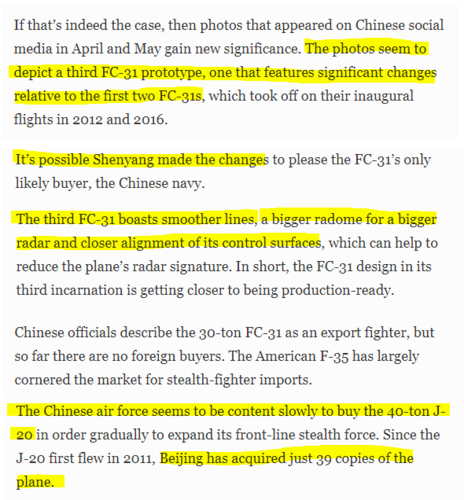