Based on the experiences gained observing the Vietnam War and especially the Middle Eastern War in 1967 the PLAAF formulated a requirement in 1969 for a lightweight fighter with superior flight performance which was foreseen as the successor of the J-6 as a fighter and maybe Q-5 in the air-to-ground role secondary. A short takeoff and landing capability and rugged simplicity for easy maintenance in field was demanded.
Two aircraft factories responded this request with to very different concepts: the Shenyang Aircraft Company / Institute 601 proposed the J-11 and the Nanchang Aircraft Factory respectively proposed the ultra-lightweight J-12, a fighter which will be described later.

Before the official design was suggested the J-6 manufacturing facility, 112 Plant, had actively explored various concepts. During a conference held on August 25th, 1969 it was decided that 112 Plant was in charge of the development of the aircraft. Afterward, through a series of evaluations and eliminations by 112 Plant, the choices had been narrowed down to three concepts:

1. The use of two WP-6III turbojet engines as used in the J-6 or respectively Q-5, which led to the problem of the maximum speed restricted to only Mach 1.75 which was below the requirement.

2. The use of a single WP-7III turbojet as used in the J-7, which brought the problem of conflicting specifications like a requested weight limit to 7 tons to ensure the optimal performance and a satisfactory load in terms of maximum armament and fuel to ensure a useful combat radius.

3. The use of an indigenous afterburning version of the British the “Spey” 512 turbofan engine (China imported 50 sets back in 1978), which would or could be difficult to develop.


However after lengthy discussion this third concept was approved because experiments had already been performed with the civil “Spey” 512 engine. Plant 112 believed that it had a good chance of success and was ordered to begin to perform further studies and calculations on.

During the following design phase the J-11 developed into an aircraft which had a striking resemblance of the French Mirage F1C. It featured a conical radome with a Type 645 or Type 204 Radar, two semicircular side-mounted inlets with a shock-cone centrebody and fuselage that accommodates a single military Spey turbofan engine. The aircraft used high-set sweepback wings with a sawtooth installed on the leading edge of the outside of the wing and a landing parachute fitted into the rear of tail base. Armament included two 30 mm cannons and in the air-to-air role two infrared air-to-air missiles and when used in the air-to-ground role two sets of rockets or bombs. The survival system comprised a modern zero-zero ejection seat.

But even as the proposed J-11 was a sophisticated design for its time, which had also achieved all design requirements, there still posed to be problems with obtaining and maintaining the British Spey-512 engines as the indigenous afterburner version. Parallel to that the Shenyang Company was once again ordered to concentrate all efforts in developing the improved J-8B, so that finally the J-11 never went off the drawing board like so many other Chinese projects.

Technical Specifications (in comparison with the Mirage F1C):


Sadly the only available information on the J-11 are from this sheet !

IMO this looks an evolution of J-11. What do you think?

ysi_maniac said:
IMO this looks an evolution of J-11. What do you think?
Click to expand...

That's not for sure .... and is sometimes discussed.

Officially they are not realted together - the one You posted is the J-13 multi-role-fighter - which was foreseen to complement the JH-7 and J-8B for the late 1980s.

In mind of the fact that esp. Shenyang re-used everthing usefull it's quite possible to say the J-13 is 'based' on the J-11's design.

I think J-12 was seen as a lightweight fighter similar to Foland Gnat, whereas J-11 was a more multirole candidate.

collins355 said:
I think J-12 was seen as a lightweight fighter similar to Foland Gnat, whereas J-11 was a more multirole candidate.
Click to expand...

In the end YES; but both originated from the same requirement.

Quite interesting, Nanchang interpreted them with the maybe lightest fighter ever of the modern time … in contrast SAC tried with a new design similar to the Mirage F.1 and finally failed because of the non-availability of the Spey 512. 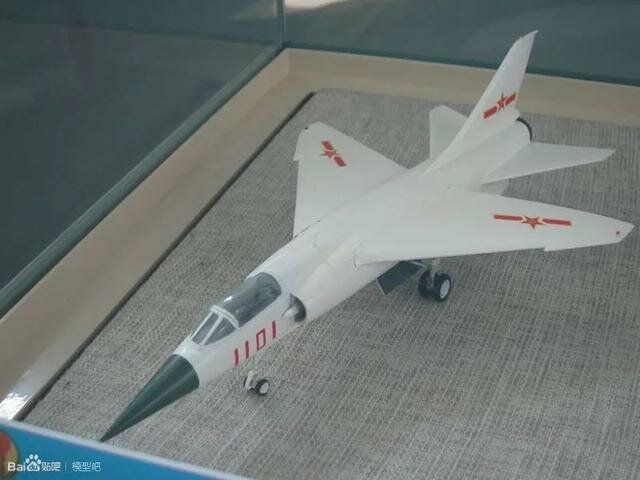