Other Apollo Projects: What Should Have Been

In case you asked yourself what the hell was the GD/Astro Apollo proposal, it is the Design IV in the drawing. Design III is Martin's.
BTW, anyone interested in highly detailed early Apollo proposals drawings ?

Ditto to the highly detailed please!

Ok, I'll start a new thread, give me some time, I have to assemble things. As for the danger posed by all-solids booster, I doubt that a choke of powder grain could have provoked an all-booster explosion. Liquids, expecially involving hydrogen, are more dangerous. Anyway, the real danger is to the crew. NASA run a score of studies of effects of explosions on the launch pad by large boosters, and Apollo in particular was object of at least three studies. In the Apollo specifications there was a provision for a strong structural resistance to a launch pad explosion. The research in big solids was in part driven by safety consideration (and cost, and logistics).

Convair's proposed vehicle featured a single throttleable main engine backed by two standby thrust chambers. It was to be a partially staged configuration with a side-by-side crew arrangement and a probe-drogue docking mechanism. The lower structure held the descent tankage, which was to be depressurized 15 seconds prior to touchdown. The depressurized tankage, along with the crushable vehicle skirt, were to offer a back-up to the landing system in the event of a landing accident.
The engines were protected against landing damage through use of a crushable main engine nozzle skirt and the placement of the standby engines above the descent tankage. The reaction control thrusters were mounted on hinged arms, which folded 120 degrees to allow the vehicle to be stowed in the SIVB stage of the Saturn V rocket.
The concept was derived from studies of the probability of successful abort and complete mission success. Although the studies indicated that a multiple engine, two-stage vehicle had higher safety characteristics at higher levels of landing damage, Convair chose the stage and a half configuration due to the lower weight requirement.

Docking was to have been achieved by a probe and drogue mechanism. The method was to allow the crew to take advantage of good visibility and not have to change positions. Controls, displays and cues would not change during docking. Once the probe was aligned with the drogue, it would be locked in place, and the LEM rotated 90 degrees for final mating and crew transfer.
Click to expand...

I think we need an official forum invite for that chap!

we need that guy in this forum !

here Republic Apollo LEM proposal
This model is owned by the Cradle of Aviation Museum in Long Island NY.
http://www.flickr.com/photos/22948295@N02/2222792091/in/photostream/

This was the final Lockheed proposal, CL-625-1. BTW, this was the SECOND lunar lander competition, there was one before for the direct ascent or Earth-orbit rendezvous method.
Inboard profile from Bill Slayton via Scott Lowther. 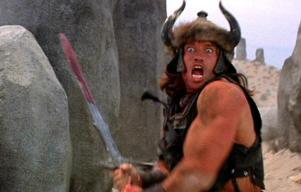 Yeear bring them on !

I was asking myself what Scott was doing..
But, for "highly detailed" I mean more something like this....
General Dynamics/Convair Astro baseline proposal.
I'll start a new topic of that, please post to the new thread. If moderators would want to disentangle things, appreciated

Continuing with the GD proposal, the least known, in my opinion.
These are growth version of the baseline design. First is an alternate configurations of the control flaps of the reentry vehicle, more aerodynamic in ascent phase; second is reentry vehicle with paraglider option; third is Apollo-to-Apollo rendezvous method, with (fourth) detail of the extensible airlock. Next post on lunar lander concepts (four, one preferred).

These are the GD lunar lander version of Apollo (which, remember, originally was an Earth-orbit or circumlunar vehicle).
First is the preferred configuration using the baseline main vehicle; second is lander on the Moon with egress method for astronauts; third is lander taking-off; forurt are the four alternate configurations studied, the one chosen is I.

And thank Skybolt too.

i love this forum dynamic
befor you know thead is rebulid ;D

Yep, but TRW had another proposal to use a modified NAA Apollo to land on the Moon using a direct ascent method with a Saturn C-5. And NAA too studied a two-man direct-ascent reduced-weight proposal. Let me dig them up (I have the McDonnel studies too).
F

I always remember a little joke that was going around at this time.
Along the lines of-

A proud astronaut standing in front of Apollo -

Its a great honour and I'm supremely confident...
knowing that this has been built by the company that put in the cheapest bid....


Of course the truth is - it did work.

found this links to Apollo PDF

a zilion thanks from my side

(its first time i see the Martin Lunar Direct proposal)
B

It has appeared on NTRS the second part of the McD (not NAA) study of Apollo Direct Flight configuration (includes Lunar Gemini Direct....) with DETAILED drawings, like the one attached , here: http://hdl.handle.net/2060/19740076556

Hi,
is there a pdf for the Convair Apollo contender?
Regards!

Sure. http://www.secretprojects.co.uk/forum/index.php/topic,3791.msg31502.html#msg31502 . Just take a tour of previous posts, this Forum works in a cumulative way. Topics are always refreshed.

Some interesting Apollo and post-Apollo concepts