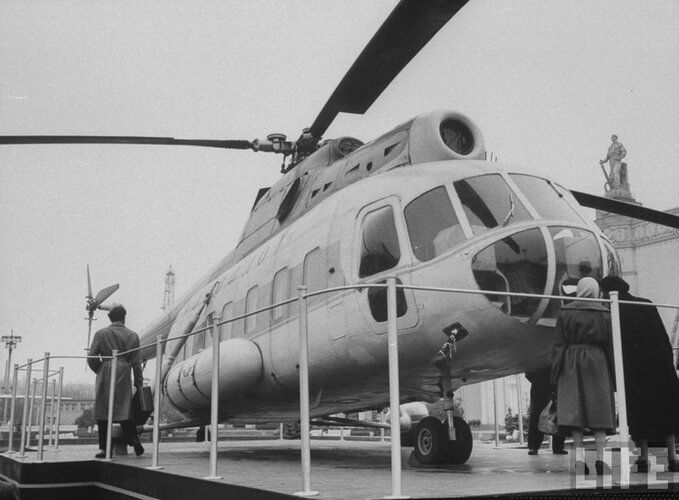 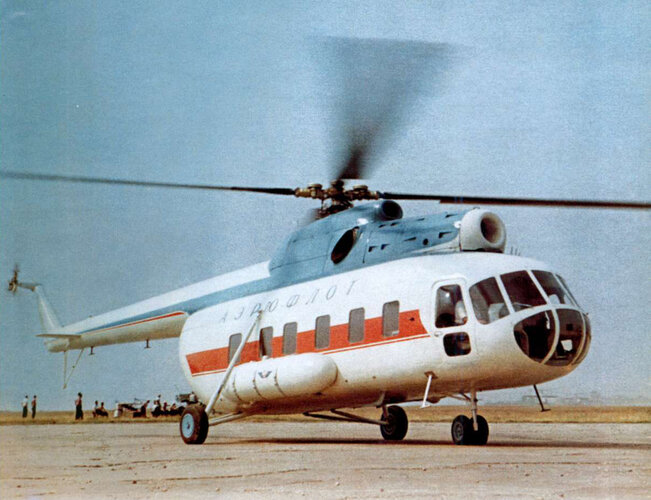 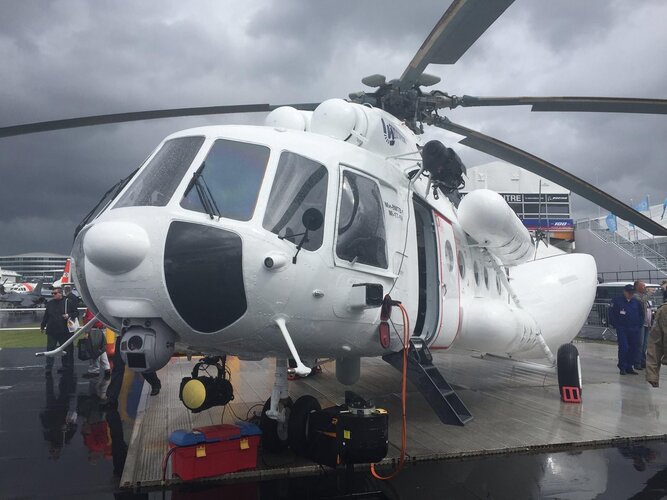 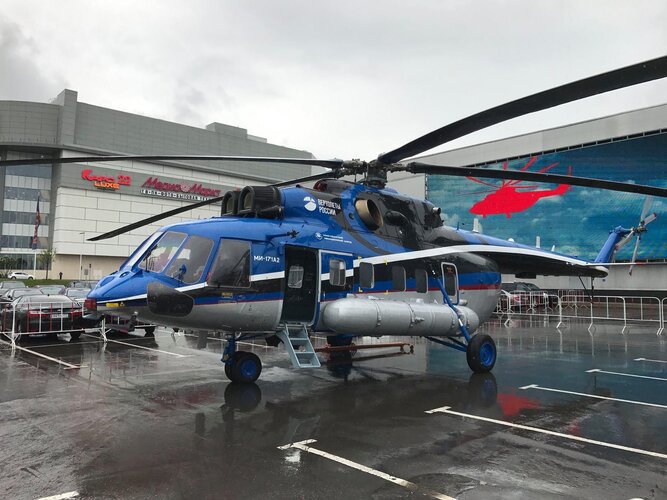 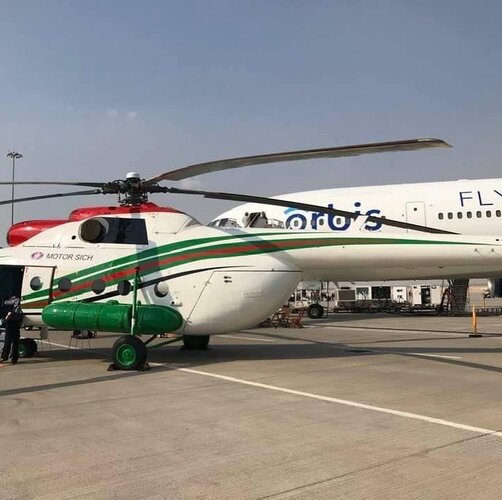 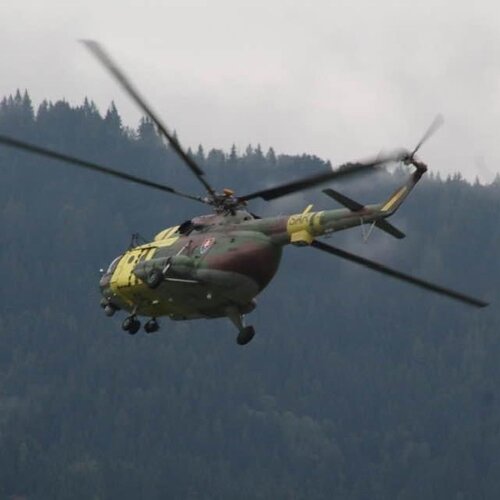 It is well know fact (in Columbia, obviously) that... 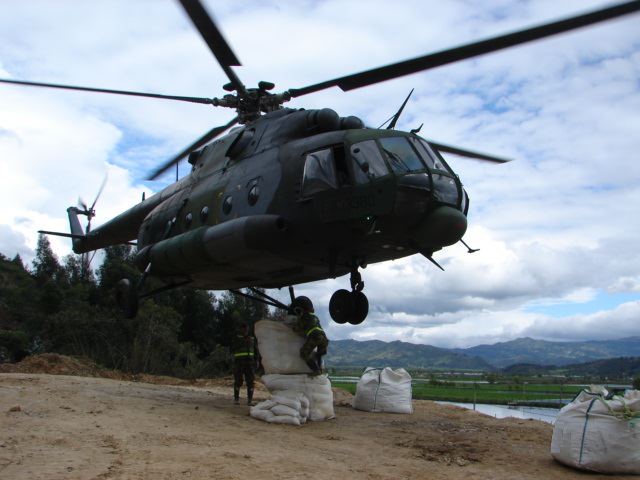 A testament to the brilliance of the design; even the United States uses the Hip (although they don't like to mention it). Right up there with the C-47, An-2, UH-1, CH-47, Mi-24. Likely to be around longer than most of us.
A

It's like a Ford T, except for helicopters (although a LOT of choppers could contest that title: OH-6, Chinook, UH-1, Alouette, Gazelle, Puma... so many others).

Testament to it's validity as an effective combat helicopter the CIA used the Mi-17 (evolution of the Mi-8) in the opening days of the war in Afghanistan (in fact the first US personnel placed on the ground after the 9-11 attack). It was commemorated at a CIA dedication ceremony in 2019. The Mi-8 is definitely "Built Ford Tough" to use Ford's slogan.

I remember the first I saw a picture of a Mi-8 in the early 90's as a kid - I thought the undercarriage was broken...
S

With regards as to the CIA's Mi-17's in Afghanistan:

The types of aircraft used — and their opaque ownership structures — provide clues that these flights were most likely designed to be covert and be involved in sensitive missions.

The helicopters are Russian-made Mi-17s, which are commonly flown by the Afghan military, and normally wouldn’t attract unwanted attention in the skies over Kabul. And the specific aircraft flying into the compound are registered to a private U.S. company whose manager has ties to U.S. defense agencies. For security reasons, The Times is not identifying the firm or tail numbers.

We found that one of the flights was inadvertently captured in a livestream by MarcaTV, a Spanish news outlet, as it flew toward the compound on Aug. 20.

The C.I.A. has previously acknowledged that it has flown Mi-17s — and even used one to enter into Afghanistan back in September 2001 to kick-start the war.

According to flight tracking data, the helicopters mostly operate out of Apron 7, a secluded part of the airport in Kabul. Other aircraft based out of this same spot include those linked to Tepper Aviation, a company previously tied to the C.I.A.
Click to expand... 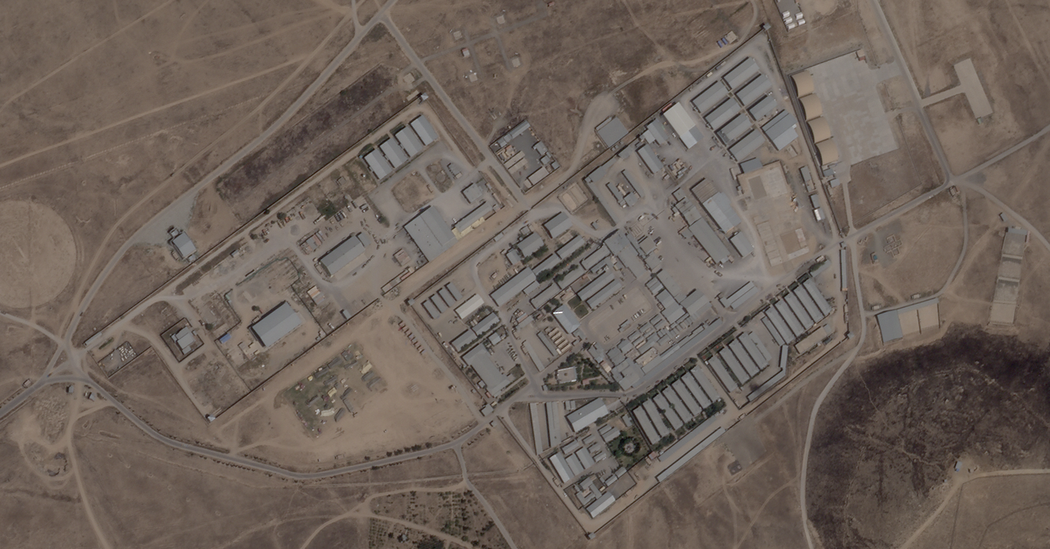 Covert Evacuations and Planned Demolitions: How the C.I.A. Left Its Last Base in Afghanistan

A compound outside Kabul was one of the most secretive — and notorious — in Afghanistan. Our visual analysis shows how the spy agency shut down its operations there — and how the Taliban then entered the site.

Some odd use of present tense in the article, which makes me think it had its origins in a planned expose pre-collapse.
A 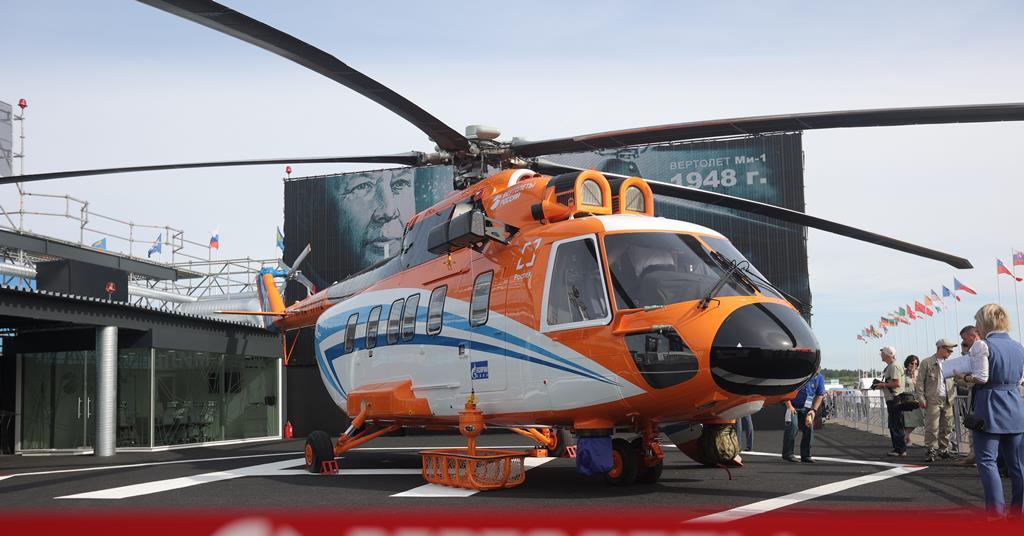 Russian Helicopters appears to have a first customer lined up for the new A3 variant of its long-running Mil Mi-171 heavy-class rotorcraft after oil giant Gazprom signed up to the programme, although details of the agreement remain limited.

It's shocking that there are new extensively upgraded versions of the Hip being developed. It's also shocking that the Mi-38, the helicopter that was supposed to replace it, is struggling to get any traction in regards to orders, both domestic and abroad.

A Helicopter that *just works*. over 12000 produced and maybe thousand more in shape of Mi-17's. This helicopter is perhaps one of the most successfull utility helicopter ever produced.