Hi all
From "Le Fana de l aviation" dated February 2013.
Part of an article for a project derived of the MH 152

Many thanks Paul, didn't see that before.
Is that article specific about the MH-153, or are there other MH-1521 Broussard
derivatives, too ?
T

Hi Jens
How are you ? all the article is here

Thank you, Paul !
Have looked for other versions of the Broussard, but it seems, this aircraft wasn't changed
much during its career. The prototype MH.1521-01 still had a cowling with a slightly different
shape and aircraft N° 34 was used for armament trials (photos from Fayer "Prototypes de
l'Aviation Francais"), although, AFAIK, this configuration was used in service.
Additionally I've found a privately owned Broussard on floats and one used as a "flying
aircraft carrier", launching a Colomban Cri-cri as an airshow stunt . (photos from http://www.airliners.net/ )

Hi Jens
Thanks ! I've never see Broussard on floats
nor broussard with cri-cri !
Here one from "A.w" with a different exaust pipe
Bye

My precedent image is, I thing,
one of the mh 1521 pre production
military variant...........
Now from "Aviation ancienne.com"
is the modified prototype flown in 1958 with full span
leading edge slots and double slotted trailing edge flaps
to improve stall performance

From "aviation-ancienne.com"
The n° 4 proto for military use

Hi all
Who know the M.H.1521 A
A modified aircraft for agricultural use ?
Bye
T

Just a remark, in your post from yesterday (#5), it's the MH. 1522, too.
(Noticed it when zoomimg into the photo and comparing with the "Prototypes
de l'Aviation Francais")
T

The MH.152 for artillery observation, low res scan from Les avions Max Holste.
It was an evolution of an earlier project MH.150, for an all-purpose utility aircraft, about which no detail is available.

Early design of the MH.1521 Broussard. Notice the smaller fins and different side windows.

One MH.152 was modified and got an Astazou engine:

The Turbo-Broussard, a projected variant of the Broussard with Turbomeca Astazou turboprop engine, ca.1961, in cooperation with SIPA.

Jemiba said:
One MH.152 was modified and got an Astazou engine:
Click to expand...

Yes, this was the only MH.152 built. With Astazou it was called MH.153, it was a testbed for that engine.
C

The first prototype originally had lower fins, as on the MH.152.
The MH.1521 M no.04 was also tested with different squarish fins.
Low-res scans from Les avions Max Holste.

I became interested in the MH-1521 only recently when I read Pierre Clostermann's book "Appui-Feu" about the war in Algeria. Readign what is available in the net, I started wondering why the French actually copied the DHC.2 Beaver instead of just buying it from the Canadians. May it be that Pierre Clostermann as an active politician and a friend of Max Holste was really involved in this subject? Ok; I have no evidence but just some reading in the internet...

Well, the word "copying" probably would result in legal problems, if mentioned publicly,
"inspired" maybe a better term, I think. And the basic configuration was used by other ypes,
too, see the Pilatus Porter or Do 27. That the same engine was used, could be explained by
the easy availability of the P & R R-985, its success and being in the needed power class.
And severasl sources state, that the Broussard was regarded as just an enlargement of the
MH.152, itself inspired by the Fieseler Storch/Morane-Saulnier MS.500/501.
That said, I've found no evidence for this, too, which of course not excludes, that there may be
a grain of truth.
K

The Pilatus Porter was designed by the same engineer who already did the Alfred Comte AC.4 and the Pilatus P4 - I see it clearly as an independent line of development, not related to the DHC.2.

I read that the P&W Junior Wasp radial engine was out of production - but that production had been taken up again after the French were looking to buy exactly these engines.

The engine and the look of the front window of the MH-1521 give it a very similar look as the Beaver; I guess that this is the reason why the aircraft is also called the "French Beaver".
C

Kuno said:
Readign what is available in the net, I started wondering why the French actually copied the DHC.2 Beaver instead of just buying it from the Canadians.
Click to expand...

It seems that the need for the Broussard was not understood by the French military until after Max Holste proposed the aircraft.
The original government specification was for an artillery observation aircraft for the Army, and Max Holste answered with the MH.152.
Independently, the 1950 aeronautical congress of the "Union Française" (name used at the time for the French colonies) acknowledged the need for a bush plane ("avion de brousse") like the Beaver. This is how Max Holste got the idea of modifying the MH.152 into the MH.1521, and proposed it to the authorities. In the book by Jacques Delarue, both the Beaver and the Scottish Aviation Pioneer are acknowledged as sources of inspiration for the MH.1521 Broussard.
Max Holste acted quickly to build the two prototypes, and started serial production before receiving the official orders. Because the aircraft was good, he succeeded in getting it ordered in quantity.

Merci, Adrien:. That explains a lot. I have just obtained a copy of Thierry Gibaud's book about the Broussard - cant wait until it is delivered...
K

I just got the book. It is even in hardcover & looks great. Well worth to try reading something in French language again after many years :
K

...last week I had the chance to enjoy a flight with a "Broussard" - exciiiiting 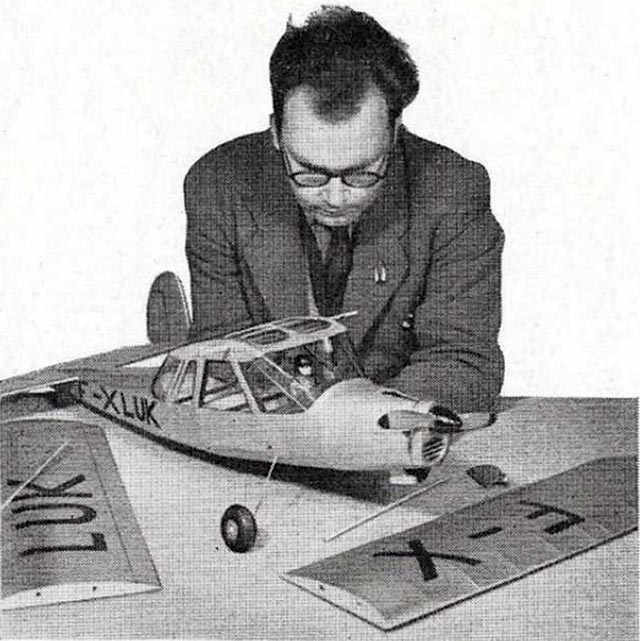 Dear Kuno,
It did not matter if Pratt & Whitney quit building Pratt & Whitney R-985 engines in 1945, because so many thousand were available on the war surplus market. Immediately after World War 2, deHavilland of Canada, PWC, etc. attended post-war auctions snapping up hundreds of airworthy airplanes for pennies on the dollar. Some of those airplanes (e.g. Avro Anson IV) were immediately stripped of parts and scrapped. That is one of the reasons that so few plywood Ansons remain in Canada. For the first few years after the war, P&WC were busy over-hauling war surplus engines and re-selling them to airlines. Meanwhile Canadair was busy converting military C-47s into DC-3 civilian airliners.
There were enough war-surplus R-985 engines to power Beechcraft 18 jump planes until about 1990. After I lost a dozen friends killed (plane crtash, Hinckley, Illinois, 1992) war-surplus Beechcraft 18 and Douglas DC-3 fell out of fashion for skydiving.

A Canadian rumor has it that French Army officers requested DHC-2 Beavers for their various colonial wars in Indo China, Algeria, etc. Since General DeGaulle refused to buy foreign, Max Holste got the contract. When you compare Beaver and Brossard it is clear that the Brossard is the later simplified, modernized airframe especially around the cockpit.
Share:
Facebook Twitter Reddit Pinterest Tumblr WhatsApp Email Share Link