As said in the tin. A short TL I posted on another forum.

June 18, 1940
The unfinished Jean Bart battleship make a daring escape from Nantes. Its captain, Ronarc'h, hesitates between
a) going to Cablanca (as he did OTL, alas !)
b) going to Clyde estuary, Scotland, as were his orders before June 11, 1940 (can you believe that ?).
That day he hear De Gaulle call and (unlike OTL, again !) decides to bring his unfinished battleship to Great Britain

1941-42
Ark Royal is sunk, the first Illustrious class ships are eviscerated by Stukas or bombed during Pedestal. Facing crippling losses the FAA / RN decides to finish the Jeant Bart as a carrier. It is big and fast and armored enough to make an honest-to-God substitute to an Illustrious. A stopgap.
De Gaulle and the Free French are extactic at the idea.

1944
Jean Bart carrier is part of Dragoon, southern France. Later, with its former sistership Richelieu, they will be part of the British BPF.

1946
A ruined France is more than happy to have the Jean Bart as carrier... alas, in order to pay for it, Richelieu has to go into mothball. It will be actually cannibalized to get its half sistership going.

1947
France buy the Colossus-class "Arromanches" as per OTL. With Jean Bart, plus the tiny Dixmude and the antiquated, cranky Béarn carrier (used as aircraft transports), they will make rotations to support the Indochina war until 1954.

1947-49
The failure of PA28 force the French Navy to seek not Lafayette and Bois belleau as per OTL but another Arromanches, that is, another Majestic / Colossus.
The one and only available is HMS Leviathan, so the deal is a go.

Meanwhile thanks to the Jean Bart being a potent carrier, France tries its hand at naval fighters.

The last two are nonetheless tried onboard Jean Bart. But the French Navy goes instead chopping in GB, taking a DH Sea venom licence: the SNCASE Aquilon, of which 121 are procured.

1954
PA54 / 55 are more successfull than old PA28. Foch and Clemenceau are started. They will have the Audacious class BS-5 catapult - the 46 m long one.
The Jean Bart sheer size and capability however, drive the new carriers upwards, and they end at 40 000 tons, just big enough to get the full length BS-5, all 61 m of it.
Meanwhile discussing catapults the French discover the angled deck and mirror. They ask the British to modifiy, not the Arromanches as per OTL, but the far more capable Jean Bart.
And in the process, guess what happens ?
...the French become aware of the 1954-56 Medium Fleet Carrier study... that fits Foch, Clemenceau and future PA58 Verdun, like a glove. Right at 45 000 tons. Discussions are started for "joint carriers" (go to hell, CVA-01 !)

1956
The Suez crisis while a humiliating failure, as per OTL, has the Jean Bart, Arromanches and Leviathan, (the former carrying Aquilons, not F4U Corsairs like the other two), operating along the RN carrier fleet and notably their own Colossus and Majestics. This only encourage the two navies looking into further collaboration.
Upgrade of the J.B in Great Britain is a go.

1959
The modified Jean Bart, now with an angled deck and other goodies, re-enter service. The Jeanne d'Arc helocarrier enter service.

1965
Arromanche and Léviathan are gone, replaced by Foch and Clemenceau. Jean Bart capabilities, compared to OTL Arromanches (that was not retired until 1974 OTL) are formidable. It can follow Foch and Clem' at 30 kt (Arromanches was 24 kt) it has twice the tonnage.
As such, it becomes one of the largest LPH in the world. The ship is upgraded once again, receiving the bulky MASURCA system planned for the smaller Jeanne d'Arc. At thrice the tonnage (36 000 tons instead of 12 000 tons) Jean Bart has no issue finding room for the SAM system. It becomes somewhat similar to the Soviet and Italian LPH - Doria, Venetto, Moskva - except at twice the tonnage.
Its new missions are
- LPH, with Super Frelons and Pumas
- ASW carrier - its hydraulic catapult can still handle Alizée aircraft, plus ASW helicopters like the Lynx.
- Naval pilot training - with CM-175 Zéphyr, a navalized Magister
- local air defense, Masurca

As a very last resort, Etendard IVs can operate out of Jean Bart, but not the Crusaders, which are already a tight fit on the more modern carriers. Also the lack of steam catapult (the old hydraulic one has been retained) limits Etendard operations.

By 1974 the question of retiring the ship arise... except the Soviets put the Kiev in service. So Jean Bart receives Crotale SAMs and, most importantly, Exocet missile boxes.

This could be part of an even larger TL.

Earlier in time, circa 1920, French Navy minister Georges Leygues gets a second Béarn carrier - that is, a second Normandie superdreadnought hull (France had 5 of them) is converted. 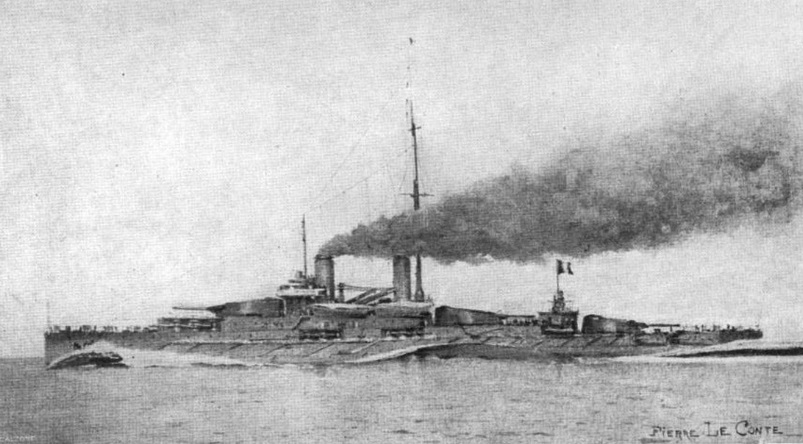 Languedoc has most of Béarn flaws (shitty elevators, slow speed) corrected and proves a far better ship. During the interbellum, Béarn is used as a training ship but the more successful Languedoc helps the aéronavale to gets out of its OTL misery, including better aircraft. More V156F and LN401/411 are bought, more AB flottillas are created.

Fast forward to WWII. Languedoc, much like Béarn, is used as an aircraft transport during the Phony war. Except during the Graf Spee chase, where it joins the hunting forces (something OTL Béarn and Cdt Teste could not do).

While Béarn get stuck in Martinique late june 1940, Languedoc escorts Jean Bart, not to Casablanca but to Scotland Clyde estuary. In the process Great Britain (and Free France) gets two aircraft carriers... after 1943 old Béarn joins the party. The three aircraft carriers are used in diverses roles by the British, the americans, and the Free French.
Last edited: Apr 23, 2020
R

Steelwind said:
Ah, the problems overlooked/ignored in alternative histories, only the result matters everything else just falls in place so the desired outcome is met

The proposal above to convert the Jean Bart into an aircraft carrier in Britain during WW2 is a good example of how things would not work. this being due to a substantial number of inescapable and major problems the project would face.

1. Design documentation. To convert the ship hull to an alternative role you would first need detailed knowledge of the ship structure, construction, weights, stability profile etc. If the ships design documents had been brought with the Jean Bart they will need to be translated from French to English and by people with some knowledge of engineering etc. If there were no documents available the ship would have undergo a completer survey by suitably skilled people. Either of these option would probably take at least 6 months if not more as people with these skill sets would be in great demand.

2. The design of the ship as converted to an aircraft carrier would probably take many months, maybe even a year or so and would not really be ready to be undertaken till stage 1 (above) is completed. There would be a huge problem in getting suitably trained and experienced staff available for this as all naval design staff in Britain were committed to the needs of the Royal Navy and British Merchant Navy.

3. Material. this conversion will need massive amounts of steel, including armour, copper wire in huge quantities, guns and directors, aircraft elevators, catapaults, arrestor gear, radar, communication equipment etc, etc, etc. As Britain was in total war mode nearly all this stuff was already allocated, sometimes years ahead, and often in short supply. To allow the Jean Bart to be completed it would have to be at the expense of something else, such as the royal Navy giving up building one of its carriers or similar large ship or to defer them when the Royal Navy desperately needed them.

4. Manpower. to undertake this considerable task it is going to take tens of thousands of workers, especially skilled workers: Naval architects, engineers, draughtmen, site management team, welders, riveters, plumpers, electricians, fitter/turners, crane operators, transport works and hundreds more jobs plus thousand of labourers etc. All these would be at the expense of other ships in Britain. There was throughout WW2 a huge shortage of most of the skilled workers so there was nothing "spare" for the Jean Bart.

5. Locailty. A conversion such as this would need to be done in a large well equipped naval yard, included the use a large dry dock for an extensive period of time. These yards were already flat out with repairs and maintenance on Royal Navy ships. It is unlikely that the Royal Navy would be willing to give up the use of one of these dry docks for possibly two (or more) years during a war.

6. Timing. With all the competing priorities listed above it is highly improbable that any consideration would be given to converting the Jean Bart to an aircraft carrier with 5 years, even in an alternative history, unless the powers to be were willing to totally disrupt there own naval programs thus effecting their own ability to wage the naval war.

An example of disruption caused by additional naval needs, when the Colossus class carriers were order 1942/43, a number of cruiser has to be deferred or cancelled to allow for shipyard space, material and workforce.

Even the United States was unwilling to undertake the (more simply) task of completing the Jean Bart as a battleship and completely rejected the conversion of this ship to a carrier in American shipyards for much the same reasons as above.

Unfortunately too much alternative history is actually fantasy when examined closely.
Click to expand...

It sounds like after the survey was done, you would pretty much have to tear the ship down to the hull and powerplant, assuming all that gear is in the right place. My experience with french autos is they always have a different way of doing things. Are electrical stuff, hydraulics, etc compatible? Probably not. Sounds like it would be easier to build another carrier of a given class. Apparently the b turret was never installed. Plate it over and put a bunch of AA and DP guns in the space. Also, fix the hull. This cojld probably be accomplished in Casablanca. You would have a fast ship that could escort carrier groups and do shore bombardment for peanuts.
Share:
Facebook Twitter Reddit Pinterest Tumblr WhatsApp Email Share Link