Alternative scenario: What if France went with a non-nuclear propulsion for the CdG?

This was brought up in my CVF alternative scenario.. but didnt want it to go off topic there.

We all know France had Foch and Clemenceau.. both of which were steam powered

whatif..
they opted for a non-nuclear powered design?

1. What would be the likely? or better? alternative? steam like their predecessor? IEP like the CVF? etc
2. Would the design of the ship change considerably?
3. would it be cheaper? easier to maintain? operate?
4. could France have afforded two of them?
5. is this the better alternative than what happened in reality?

Even if she was conventionally powered, would there still be the issues over her flight deck length and propellers?

If conventional propulsion was agreed upon, would her top speed match the Clemenceau's 32 knots?

I would imagine a non-nuclear boat would be less contentious politically and built sooner; hopefully two would be built if it was 80s.
Z

Considering the period starting in the 70's, steam is the most likely way forward.
This doesn't remove other limitations, but it should mean the cost is much less.
Arguably then another CV would result, so both older carriers are replaced.
But it's the supply ships that have to be built, which might haunt this AH scenario.

That all said France building 2 new CVs from the 1980's onwards does exert a certain attraction to say the UK post Falklands War. An attraction that can only rise once the Cold War ends in the 90's....when maybe the second of these new CVs is entering service with the MN.
A

In the case of PH.75, that one was to replace the Arromanches not much as a carrier but as crisis flagship: and as such, nuclear propulsion was tempting even for a small ship as it would provide plenty of electricity and power.

PH.75 was to be
- commando carrier
- helicopter carrier
- ASW carrier
- hospital ship in case of natural disaster
All this, in Africa / Françafrique... 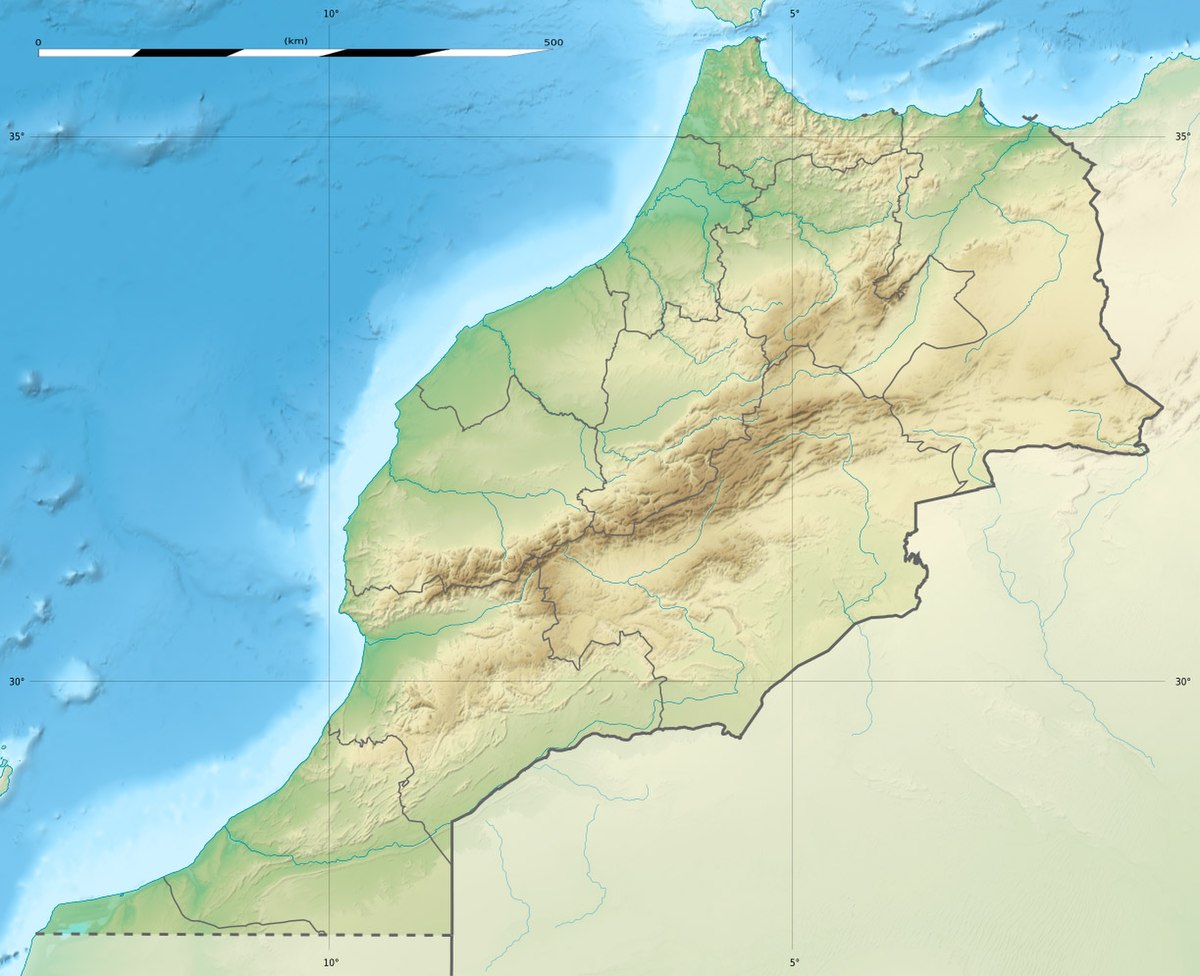 PA.75 carried on with nuclear propulsion for reasons known since Enterprise / Nimitz / Ford: even if the escorts can't be nuclear, the carrier still gain some autonomy and also relieves the fuel supply ships.

Spain, France, Italy helps Great Britain with the "Big wing Harrier" and as such the AV-8B in 1981 never happens.
And everybody buys B.W Harriers: RAF, RN, Marine Nationale (no Super Etendard), Italy, Spain...

There is also the case of the 1973 oil shock that seemingly confirmed France decision to go full nuclear for its power grid, with 58 reactor in service nowdays (minus Fessenheim, must be 55).
IT was tempting to shift the surface fleet the same way, also the submarines were showing the way...

But as would say Sarah Connor: "no fate". Initial sketches of PH.75 were non nuclear, using classic machinery from the F67 "Tourville" frigates. https://en.wikipedia.org/wiki/Tourville-class_frigate

My classic alt history is of PH75 never going nuclear and merging with the 3 Invincibles, 1 Ocean, 1 Asturias and 1 Garibaldi to become some kind of "Euro-carrier": 7 or 8 built for all kind of missions.

Note that the decision to go full carrier was taken by Giscard on September 23, 1980, but the CdG design matured for six years and construction was not decided before early 1986.
If a lone Eurocarrier is built instead in the late 70's, it may delayed the first decision but the six years lost OTL could be squeezed a little not to move 1986 CdG decision.
Foch could also be extended to 2004: that was the plan before Brazil got it in November 2000. Clemenceau by contrast was hopeless and won't go farther than OTL 1997.
Last edited: Nov 15, 2021
L

helmutkohl said:
This was brought up in my CVF alternative scenario.. but didnt want it to go off topic there.
Click to expand...

Could it be cheaper than OTL version and if so could the French build two instead of one.
A

helmutkohl said:
This was brought up in my CVF alternative scenario.. but didnt want it to go off topic there.
Click to expand...

Could it be cheaper than OTL version and if so could the French build two instead of one.
Click to expand...

Probably. The K15 reactors were to be taken "off the shelf" from Redoutable-class boomers... but submarines are loitering when carriers need to sprint when launching aircraft. Also, two K15s only gave 80 000 hp against 130 000 hp+ for a 10 000 tons lighter Clem. End result: 5 kt slower.

Not much an issue with modern day aircraft as in WWII or even Cold War: Rafales with digital FBW can slooooow down a lot and remain under control.

Conventional machinery would have been cheaper and faster to build so probably two carriers as per the Clems before them.

Even if she was conventionally powered, would there still be the issues over her flight deck length and propellers?

If conventional propulsion was agreed upon, would her top speed match the Clemenceau's 32 knots?
Click to expand...

Flight deck: it was a minor issue that was (and still is) grossly overblown 20 years later (sigh).

It was only a minor issue and only for the Hawkeyes, and only for safety sake - some meters missing if the planes caught the last arrestor gear.

Propellers: hard to guess, but at least the Clems ones would fit better on a conventional carrier.

Speed: see the K15 reactor issue above. No such issue for a conventional carrier. In fact we knew how to built it: just dust off and modernize PA58 drawings. Which was very nearly built in 1958 as a larger Clem'.
32 kt instead of 27 kt is probably a no brainer.
Last edited: Nov 15, 2021
H

Archibald said:
we knew how to built it: just dust off and modernize PA58 drawings. Which was very nearly built in 1958 as a larger Clem'.
32 kt instead of 27 kt is probably a no brainer.
Click to expand...

PA58 is obsolete and a terrible starting point. No need for 32kts once you have the benefit of C13 catapults, which are longer (75m) and more powerful… 27kts is plenty enough.

A more likely starting point would be a conventional CdG with gas turbines and the island moved aft to a spot in between the aircraft lifts… similar to the Air Defense Ship offered to India.

Sadly not a lot of info on this design is available.

I see your pov, was just speaking generally - PA.58 as a much larger Clemenceau - pushing the hull shape to its upper limits (and French shipyard own limits).
Bar the general shape of the hull there are probably little to transfer from PA.58 to non-nuclear CdG...

Very interesting topic. the first question is whether the ship stays with the origiinal PH75 role of command ship and helicopter carrier.
This would be a replacement for Arromanche and Jean d'Arc. It would also give the two Ouragan LSD a helo force. This would then leave the replacement of Foch and Clem. The US CVVoffers ideas.

I did that one a while back...

Despite the constant (negative) pressure... COPV !

(note: to this day, I remain convinced he meant COFFEE but his finger slipped...)

Here are the plans of CdG. A conventional variant wouldn’t be too hard… just reorganize the main turbine rooms (in red) and nuclear reactor section (in dark blue) into conventional gas turbine and auxiliary machinery rooms.

Plenty of internal volume available. Only constraint is routing of the exhaust stacks. This is why in the Indian ADS proposal the island was moved to between the lifts, so that it would be right on top of the machinery rooms.

I really - but really, I mean, REALLY - need to know more about that ADS.

Are you telling me France proposed modified Clems to India ? as Vikrant replacement ?
A

I did my own research... seems that Gorshkov competitor in India back in the late 90's was... old Clemenceau. Where it gets quite funny is that, only months before its retirement in July 1997, the Chinese tried to pull a Melbourne with the French
"Yeah, give it to us, we will scrap it or turn it into an amusement park !" The French were no dupe and screwed any deal.

The Chinese instead started a collection of Kievs (minus the scrapped one, and another escaped them and went to India) while the Chinese finally got the Kuznetsov unfinished brother that become Liaoning.

Foch ended in Brazil and Clemenceau nearly went to India (the irony) for scrapping in 2006-2009... before environmentalists put France to shame and the miserable hull had to return to the "sender" (I remember the mess it was...!)
H

H_K said:
Here are the plans of CdG. A conventional variant wouldn’t be too hard
Click to expand...

Here’s another alternative to my initial idea. Instead of the ADS proposal for India (which required locating the island between the aircraft lifts), another option might be a carrier that looks a lot like CdG, forward island and all.

Archibald said:
I really - but really, I mean, REALLY - need to know more about that ADS.

Are you telling me France proposed modified Clems to India ? as Vikrant replacement ?
Click to expand...

im still shocked to learn that the ADS is nearly the same size as the CdG.. for a long time I thought it was smaller, like somewhere in between the ADS and Izumo (30,000 tons).
makes me wish they could have made larger elevators, and maybe add steam cats so it could launch Rafales instead
Share:
Facebook Twitter Reddit Pinterest Tumblr WhatsApp Email Share Link