Those teardrop markings on the fuselage just before the aft emergency doors are IMHO placeholders for a countermeasure system as seen on other transporters like the C-17, A400M etc.
Last edited by a moderator: Aug 4, 2020

out and painted! (btw since its now built, should this thread be moved from unbuilt projects to the general aerospace section? 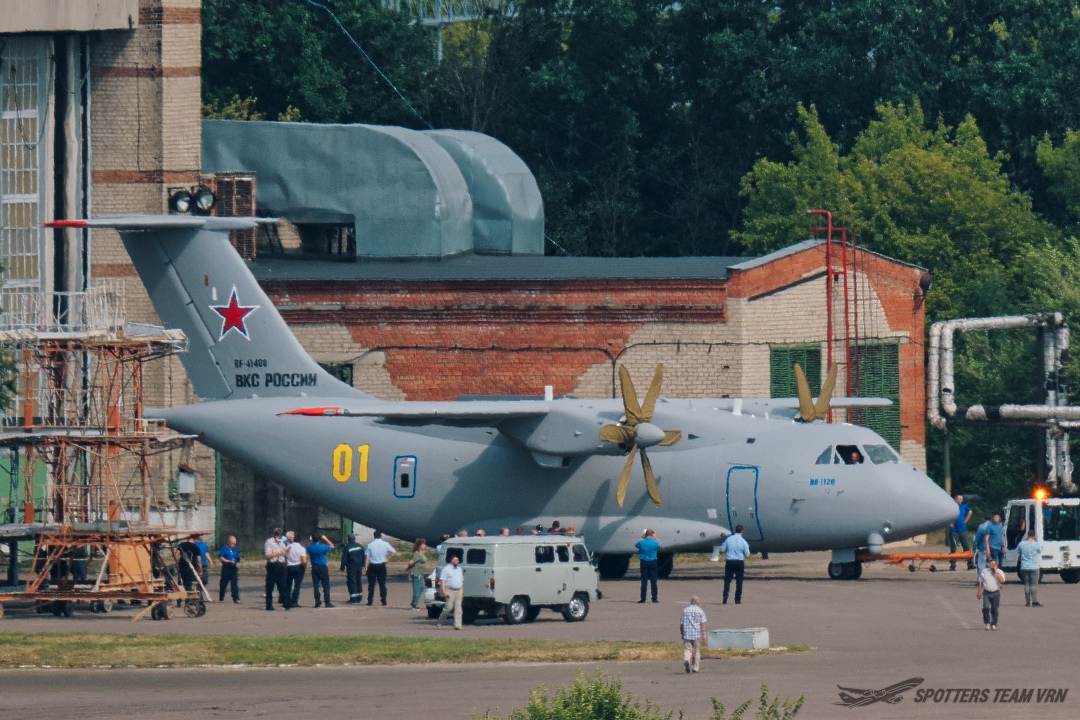 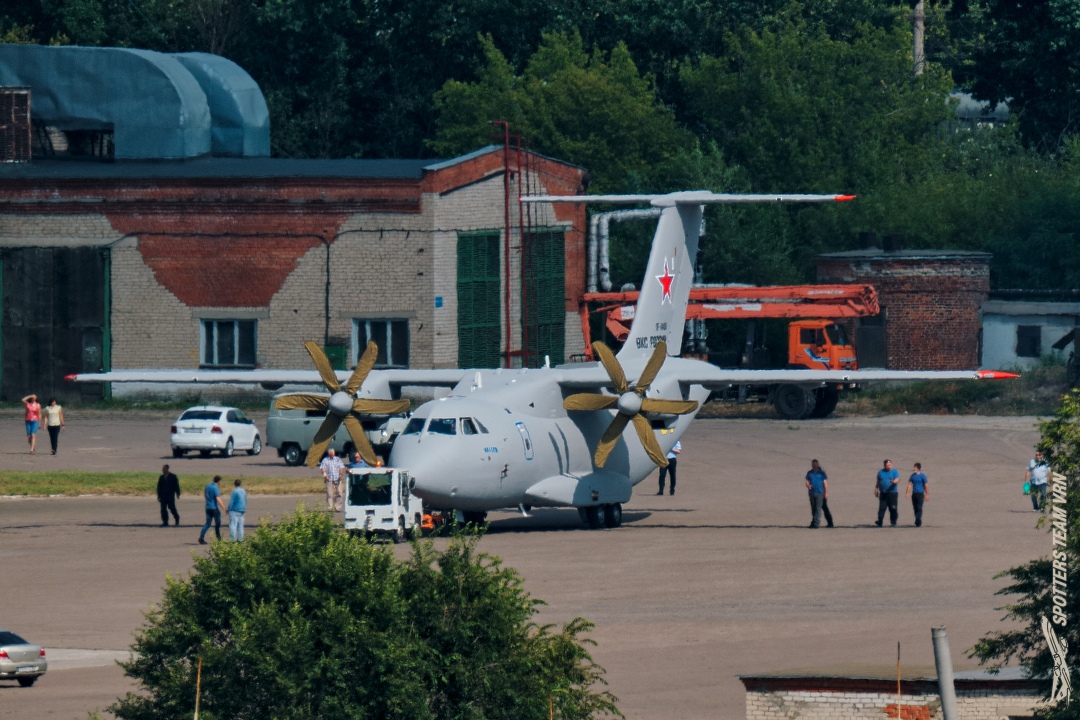 helmutkohl said:
...btw since its now built, should this thread be moved from unbuilt projects to the general aerospace section?
Click to expand...

From the forum rules "... Prototypes that didn't enter series production may also be appropriate "
T 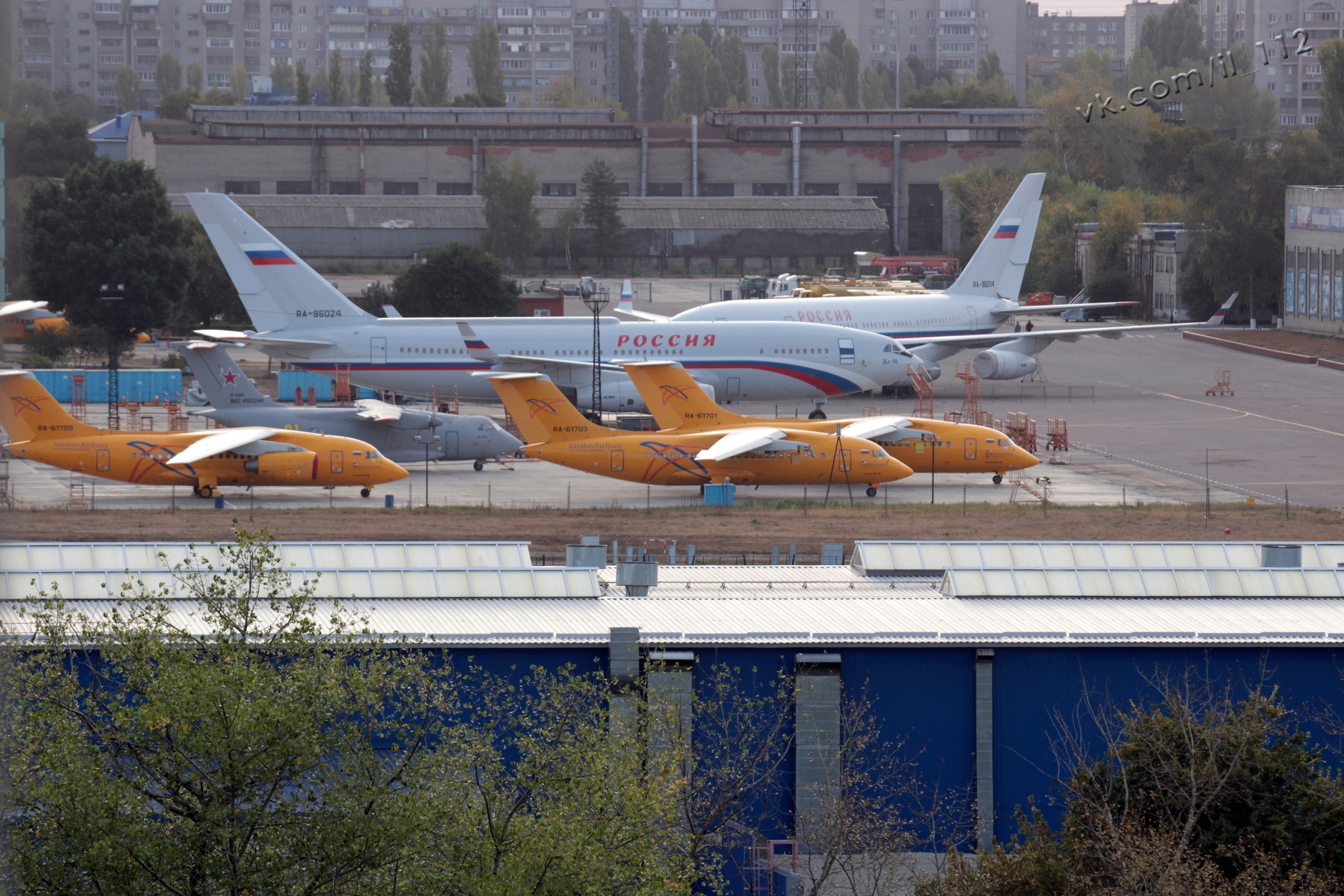 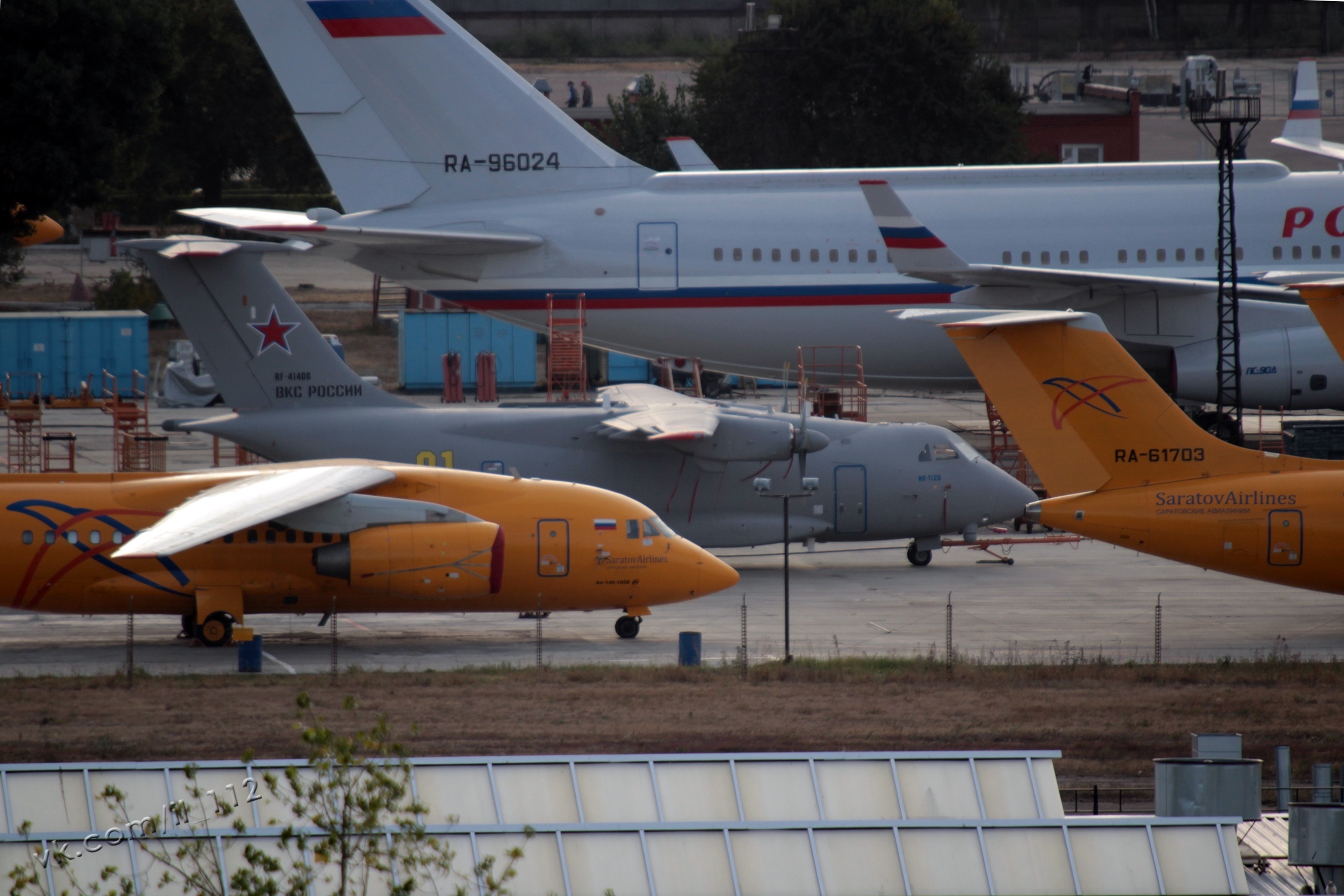 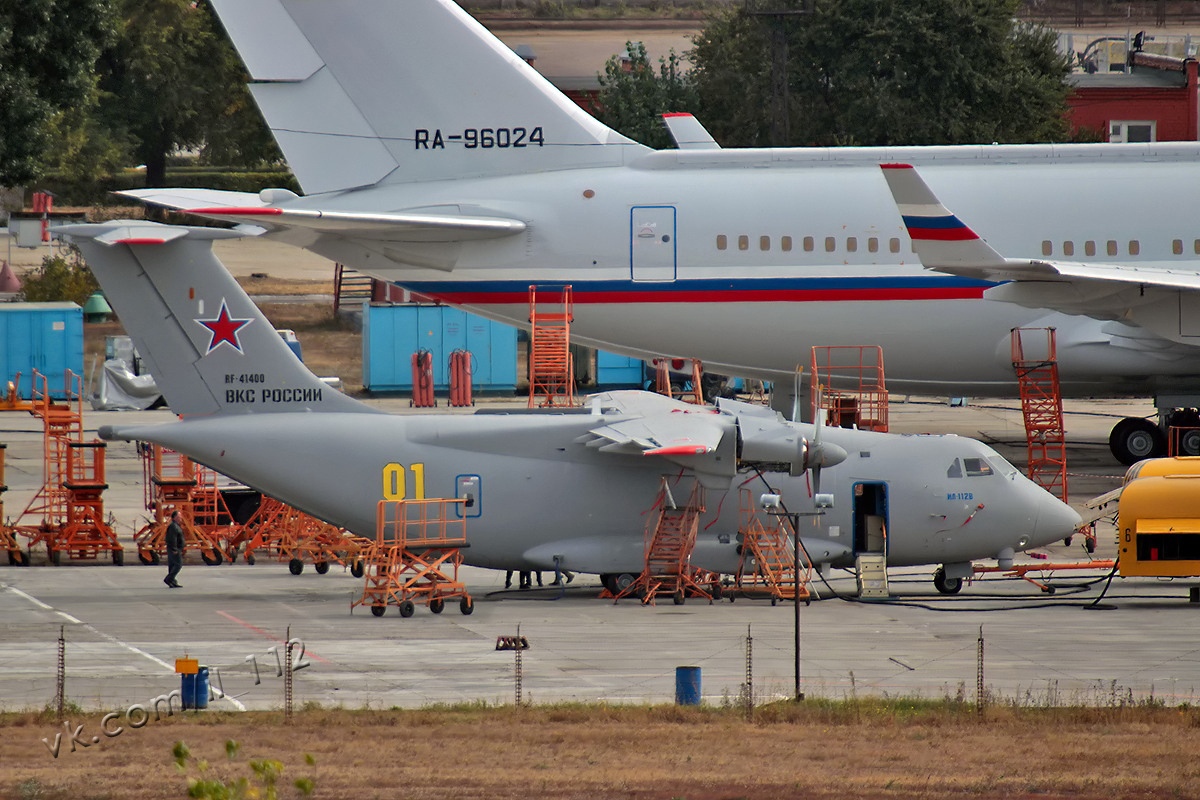 That is a neat, slender wing design.
T 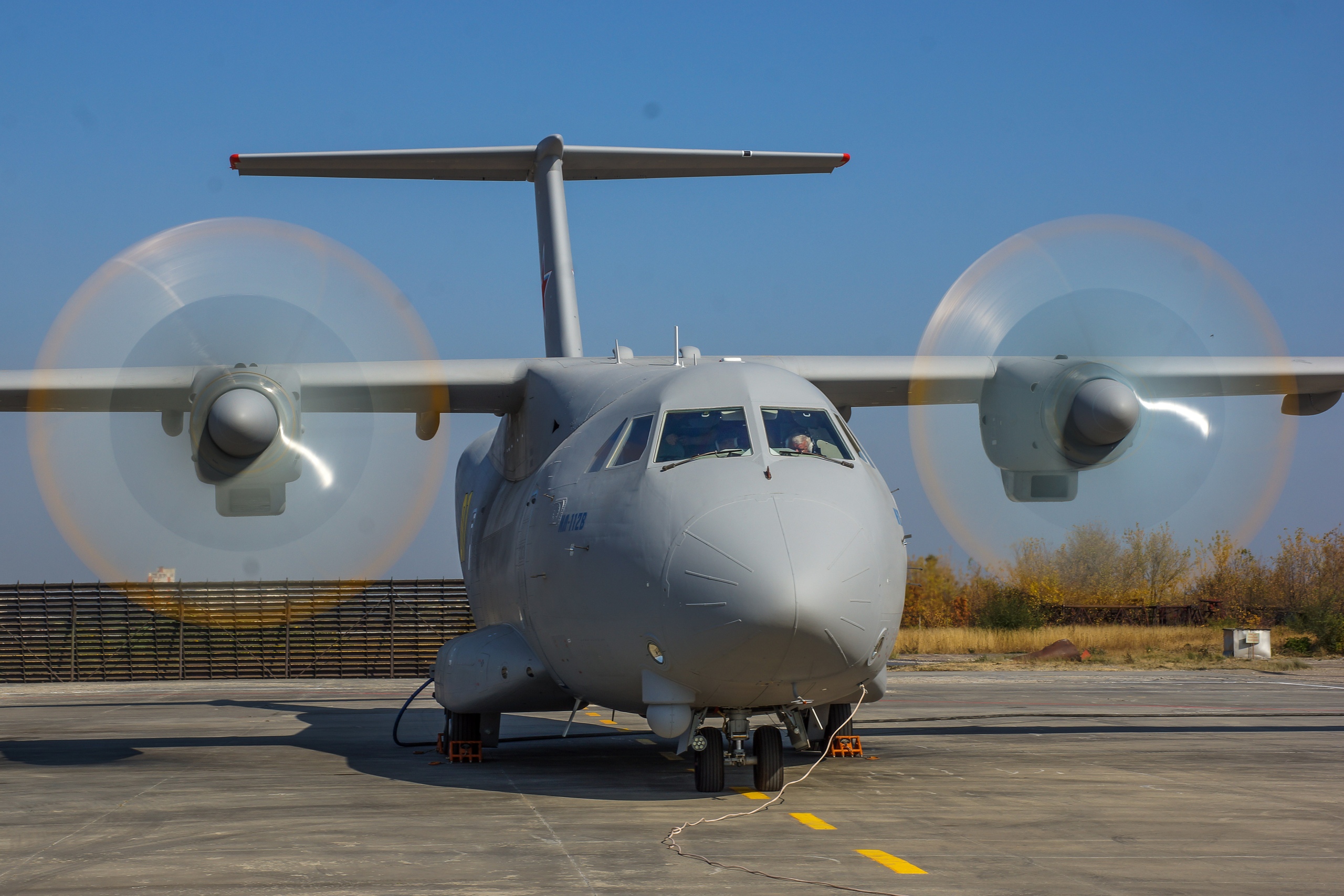 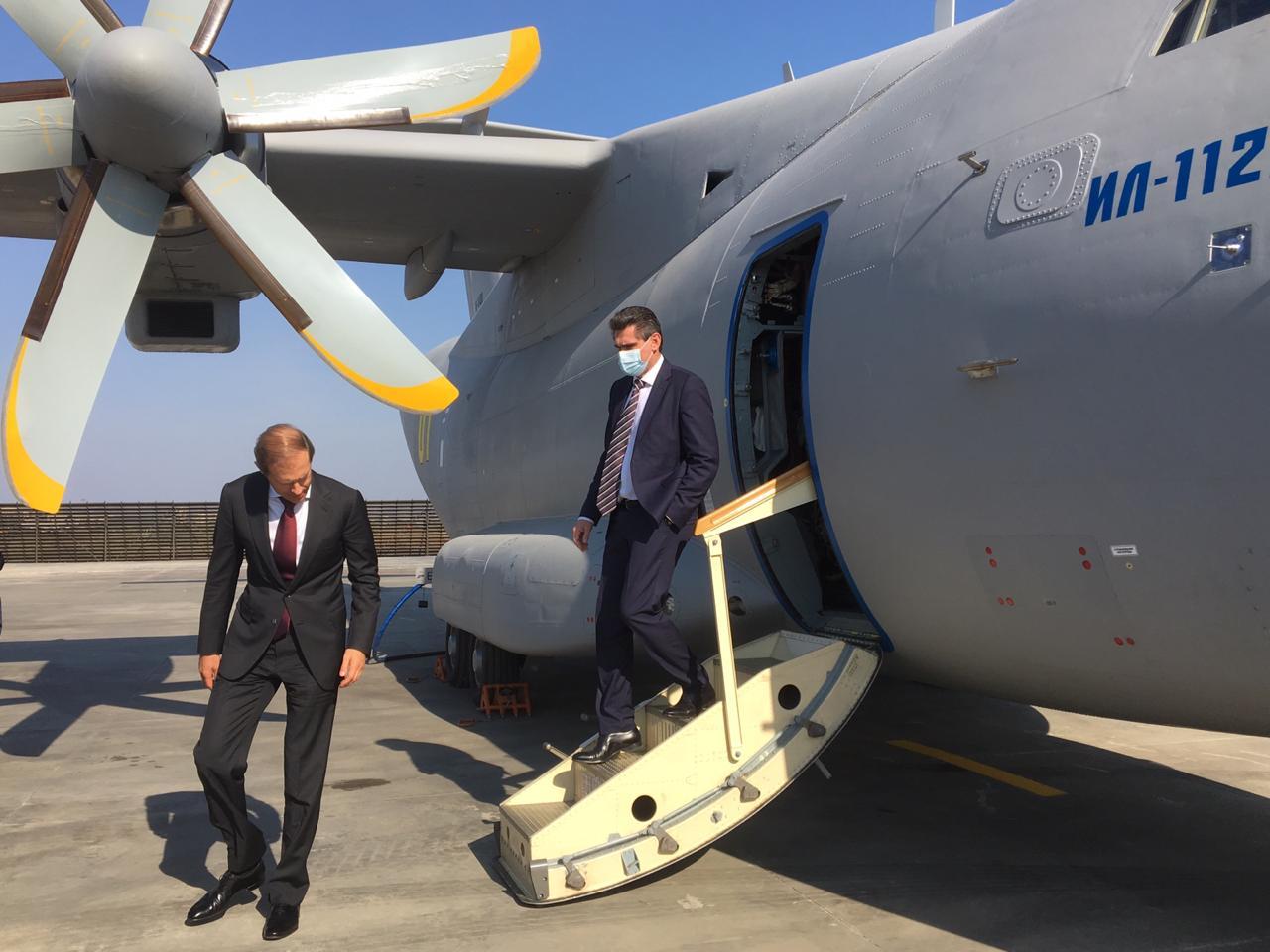 First serial Ilyushin Il-112V aircraft to be delivered in 2023

The Russian Aerospace Forces will receive the two prototypes of the Ilyushin Il-112V cargo plane in 2021, while the first production units should arrive two years later. The new twin-engine turboprop should eventually replace the Soviet-era An-24 and An-26 transport aircraft.

Il-112 is gearing to have its first flight since dieting measures were taken. Supposedly will fly on the 30th: 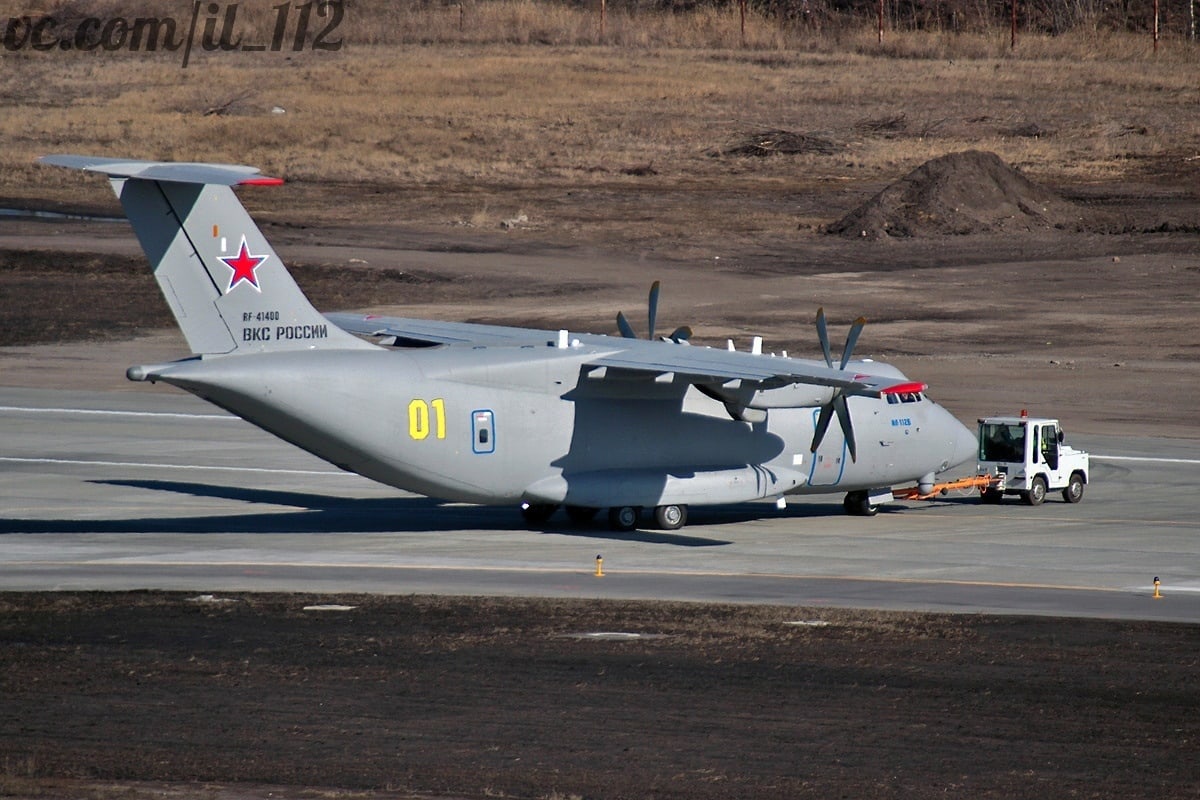 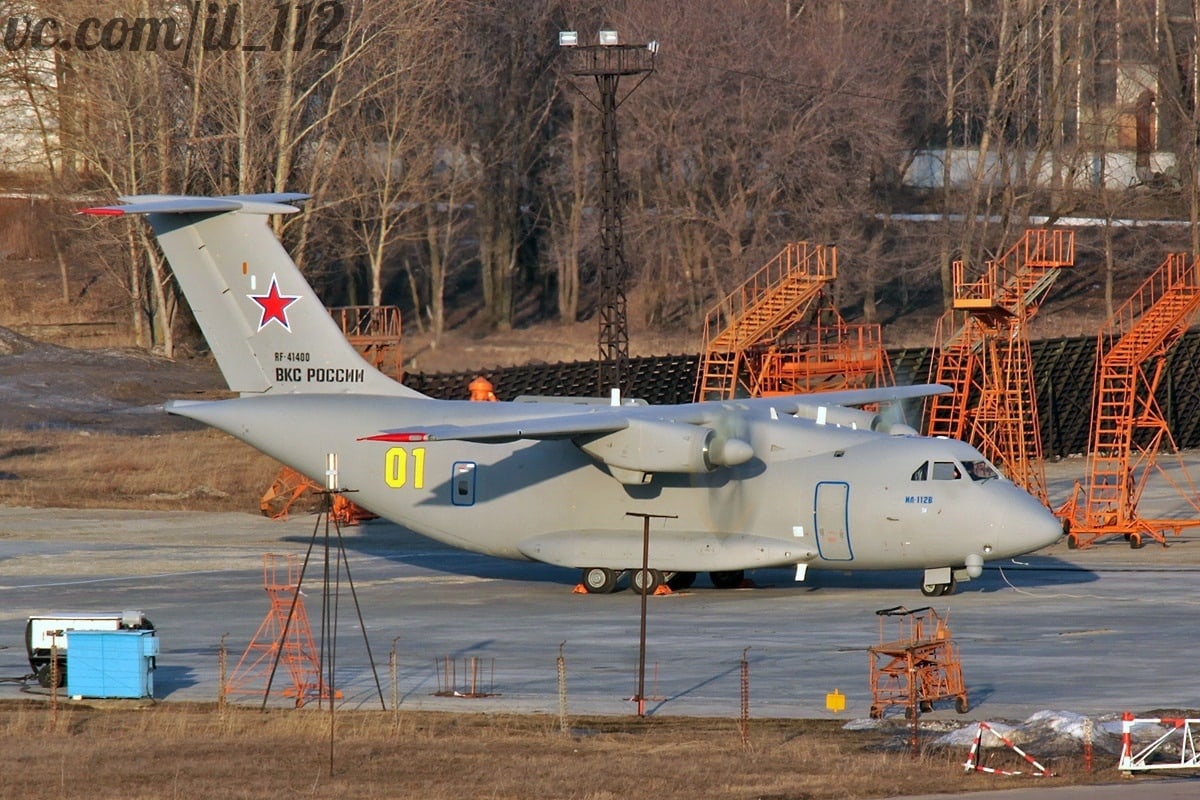 Who said a cargo plane cannot be beautiful? Certainly not Ilyushin!
T

Reportedly they managed to cut almost 2.1t from its weight, but I'm not sure whether that says more about the success of the weight reduction measures or how badly overweight it previously was!
E 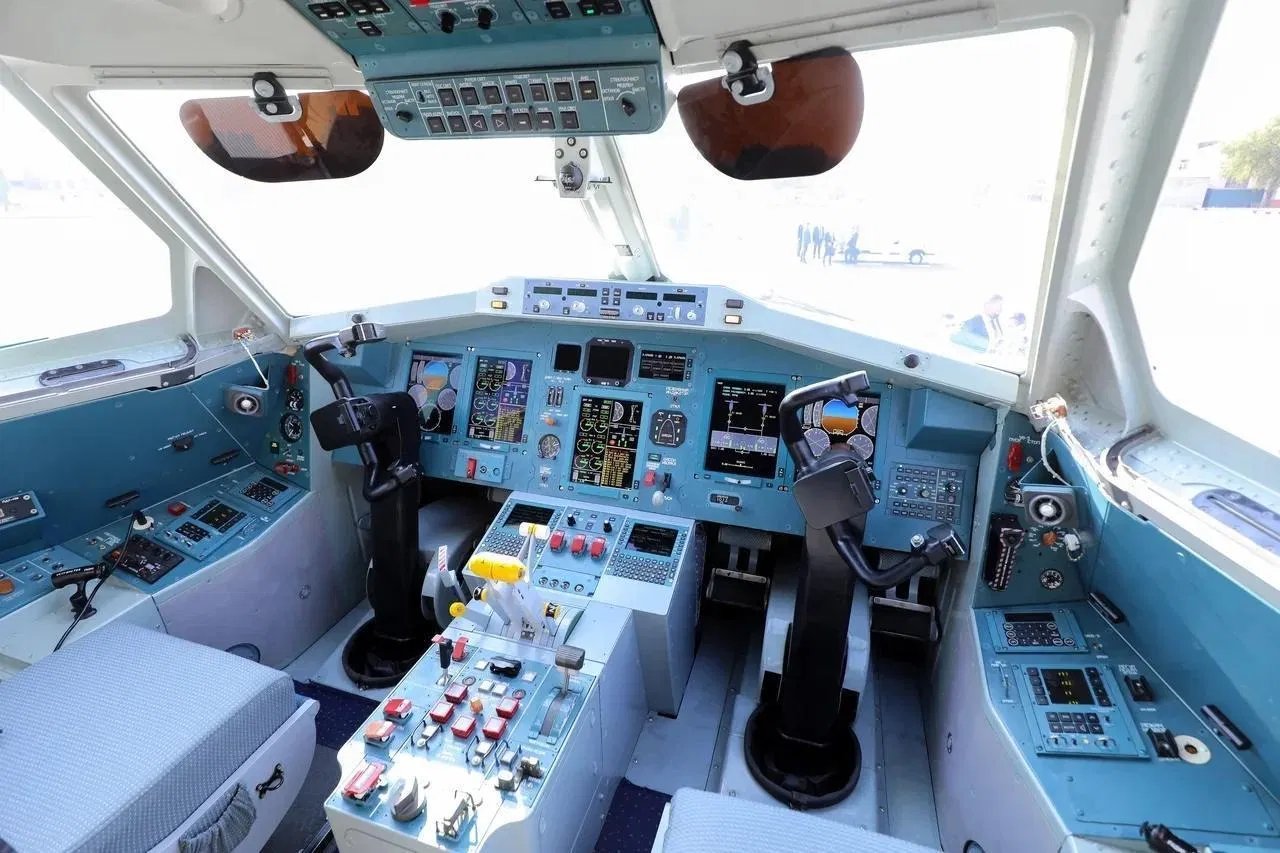 It's some really massive yoke columns for such small screens (and positioned vertically).

Are there any variants in the pipeline?

The Ilyushin Il-112 is a high-wing light military transport aircraft being developed by Ilyushin Aviation Complex (JSC IL) for air landing and airdrop of military air cargoes, equipment and personnel. The aircraft is newest of all historically Soviet-origin aircraft (as of July 2019), and being... 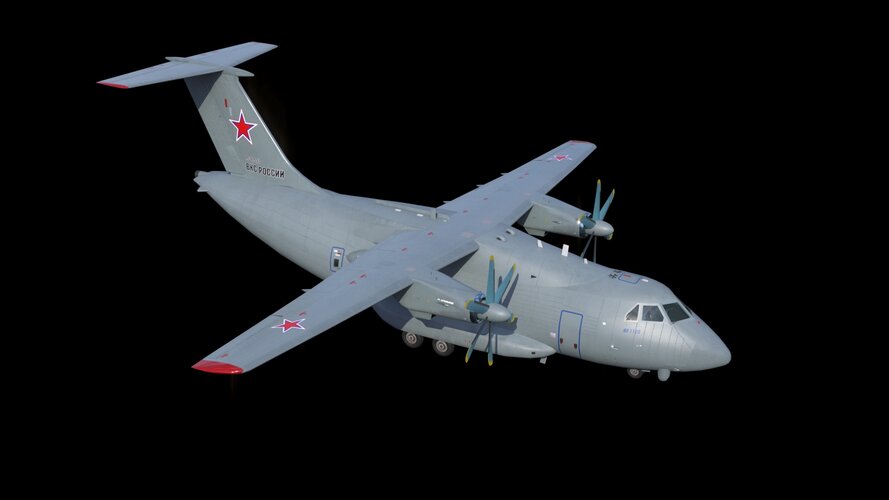 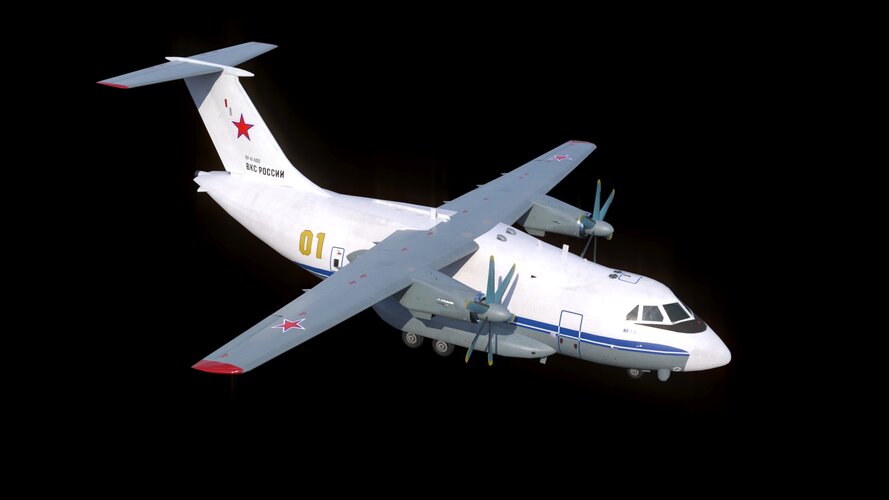 I'm surprised the cockpit does not have a heads up display integrated, it seems like standard equipment to have on a tactical transport. Are there plans to integrate a HUD later on ?
A

I'm surprised the cockpit does not have a heads up display integrated, it seems like standard equipment to have on a tactical transport. Are there plans to integrate a HUD later on ?
Click to expand...

That's more NATO thing. Russian transports don't use HUDs and cabin lightning isn't made for NVG use either. IL-76MD-90 doesn't have HUD either.
Plus Russia don't produce HUD for civilian|transport aircraft, and I doubt that companies that do will sell them.
E

Hmm, maybe. The source was not originally Russian. I was just surfing the foreign Internet. Although it seems that there was such a photo in the Russians. 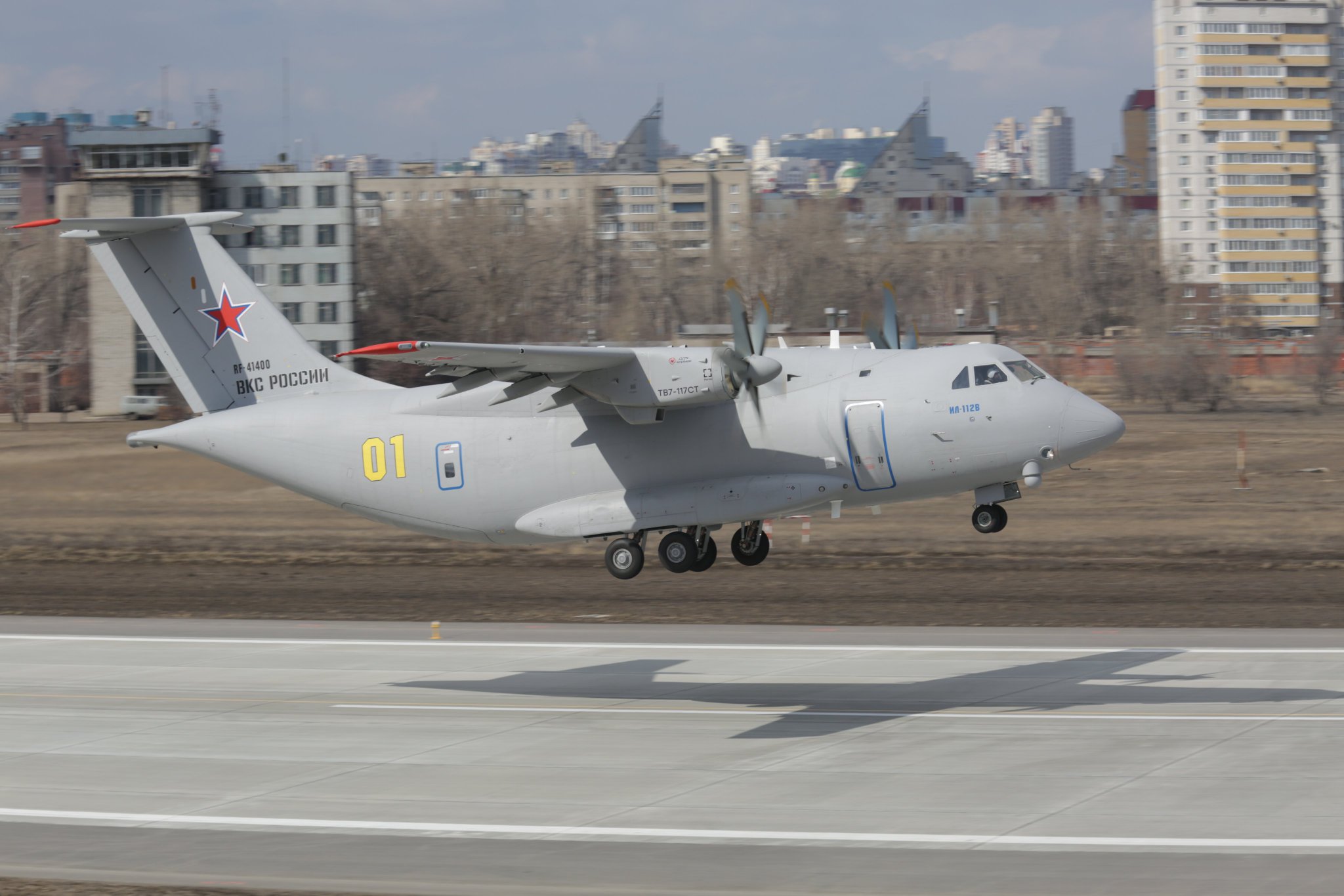 March 30, 2019, on the day of the 125th anniversary of the birth of the outstanding and world-famous aircraft designer Sergey Vladimirovich Ilyushin, the first flight of a new lightweight military transport aircraft Il-112B took place. The modern Russian aviation industry does not often make us happy with new aircraft. And the Il-112 is not an easy story. But still, along with a new modification of the IL-76, this is the second transport aircraft, lifted into the sky by the renowned design bureau in the current decade. About how the machine was created, about the first flight and the upcoming improvements tells the Chief Designer of PJSC "Il" Nikolai Dmitrievich Talikov.
Click to expand...