Thank you my dear Blackkite.

Thank you, Blackkite; another wonderful contribution.

Description of a 2 type practice flying boat (H9A1)
As a disquieting feeling of tension increases among Japan and the U.S. in Showa 12 (1937) and afterwards in the tactics thought to a floatplane or a flying boat changed drastically in the IJN.
Main duties of a conventional floatplane and flying boat were reconnaissance, patrol and approach to an enemy c to acquire information etc.
In addition to these duties, new tactics thought was to use floatplane and flying boat for forcible reconnaissance and bombing etc.
By new tactics thought, the high-speed reconnaissance sea plane "Shiun" and the sea plane bomber "Zuiun" were born, and 13 shi large flying boat, later stated as the global masterpiece aircraft “the 2 type flying boat “ was born.
Thus, while the floatplane and the flying boat accomplished development quickly, since the training plane had diverted the obsolete plane which retreated the front, development of a new practice flying boat was needed.
In January, Showa 14 (1939), the IJN pointed to the trial production of the 13 shi small flying boat as anti submarine patrol and training to Aichi.
Aichi dealt with 15 type, 89 type and 99 type flying boat until that day, and had abundant experiences in manufacture of a medium size flying boat.
Aichi appointed Mori engineer as the design specialist person, started the design of the 13 trial small flying boat in May, 1939, and will complete three sets of experimental models from September, 1940.
It was the very common flying boat which has a parasol type wing equipped with two sets of engines as a form of a flying boat, and bid up the position of the horizontal stabilizer and which followed the flow of the IJN flying boat.
In the test flight, it was revealed that the peculiarity which falls in the case of pull up of water landing occurs, and there is a possibility that the body may be damaged with the shock of water landing.
This problem was caused by shortage of weight management of a design, and shortage of aerodynamic refinement.
As a measure for this problem, the reconstruction covering each part needed, which were extend the wingspan, lowered an engine position, repaired a flap and abolished gun rack, etc.
The reconstruction required the long period of time, and adoption was carried out as a 2 type training flying boat (H9A1) at last in February, 1942.
The time when this flying boat was put in practical use was the time when tactics worth of a flying boat already declines at, and the expansion plan of a flying boat also trying to be going out, and, naturally demand as a training plane was also decreasing.
The 2 type training flying boat (H9A1) was closed by production of comparatively small number of aircraft with 31 sets. 24 sets were made in Aichi, 4 sets were made in Nippi.
The 2 type training flying boat (H9A1) was used for coast patrol, interline traffic of a short distance etc nevertheless it was the last twin engine flying boat of the IJN.
However, the world warⅡ last stage came and the opportunity of unexpected duty arrived at the 2 type practice flying boat (H9A1).
The 2 type training flying boat (H9A1) carrying the wonderful magnetic finder KMX which the IJN developed and bomb, raised big success in battle with the enemy submarine which haunted mainland-of-Japan adjacent sea.
In addition, the US Navy seized the technology of this KMX after the war, and made it develop into the magnetic finder MAD for today's antisubmarine patrol airplanes.

Hi! Hiro H3H1 model and picture.
Bottom one is another aircraft. 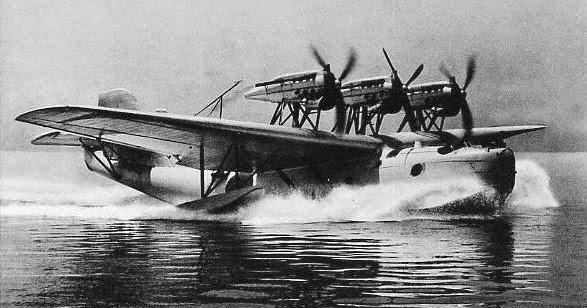 Hiro H3H1 Navy Type 90-1 Flying-boat With the knowledge gained in manufacturing and developing the F.5, R-3, Type 15 and Typ...

The H3H shows some similarities to the Rohrbach Ro X. For the H4H it is mentioned, that the Wagner/Rohrbach box spar construction
was used. Was there a dedicated co-operation between those two companies ?

Yes I confirm this by ENCYCLOPEDIA OF JAPANESE AIRCRAFT VOL.3 page 158.

H3H1's engine was licensed and Mitsubishi modified Ispano Suiza 12Nb engine. Is this a non- supercharging engine?
You can see three airintake holes in each engine nacelle side.

Source : THE HISTORY OF MITSUBISHI AERO-ENGINES

Hi!
You can see the Wagner/Rohrbach box spar construction in this PDF.