With everything else that has been going wrong, I'm a bit sceptical of this:

America's carriers are going from having a sailor film deck operations through a window to recording the entire deck with no cameraman at all. 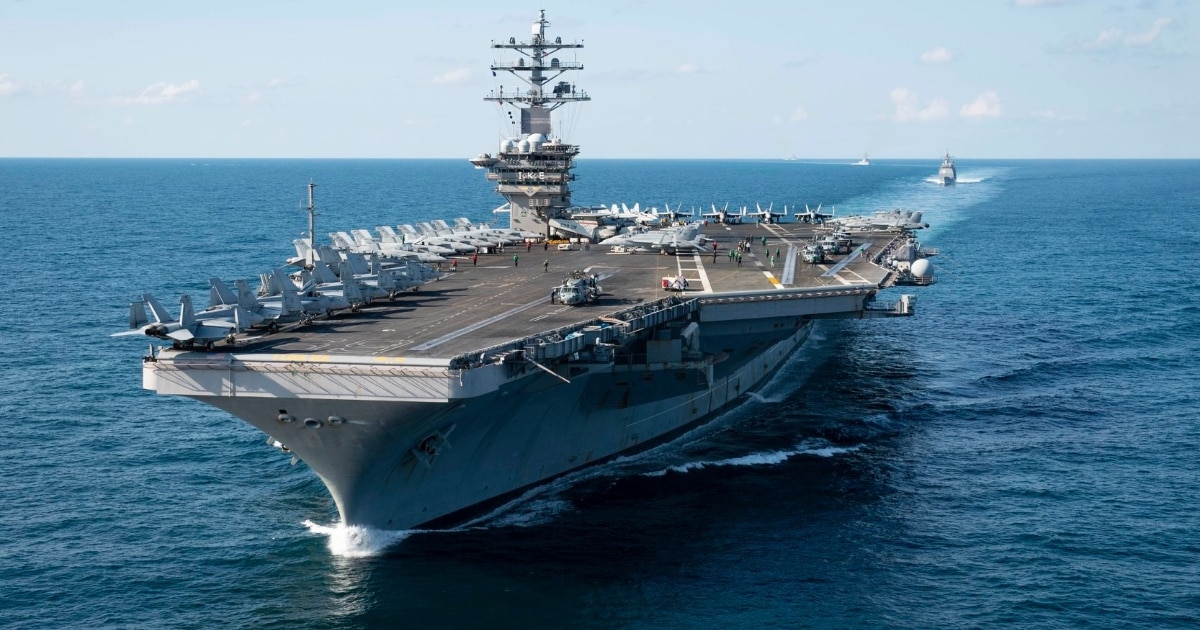 An internal Defense Department study is calling for big changes to the fleet.

WASHINGTON – An internal Office of the Secretary of Defense assessment calls for the Navy to cut two aircraft carriers from its fleet, freeze the large surface combatant fleet of destroyers and cruisers around current levels and add dozens of unmanned or lightly manned ships to the inventory, according to documents obtained by Defense News.

The assessment is part of an ongoing DoD-wide review of Navy force structure and seem to echo what Defense Secretary Mark Esper has been saying for months: the Defense Department wants to begin de-emphasizing aircraft carriers as the centerpiece of the Navy's force projection and put more emphasis on unmanned technologies that can be more easily sacrificed in a conflict and can achieve their missions more affordably.
Click to expand...

That's disturbing. Don't we only have 10 carrier battle groups now? But I'm just a fanboy so...
I

rooster said:
That's disturbing. Don't we only have 10 carrier battle groups now? But I'm just a fanboy so...
Click to expand...

China isn't going to give us much of a choice further down the road. They know the importance of carriers to the US and cheap unmanned submersibles/aircraft are a great way to keep them as far away from the SCS as possible.

Moose said:
I think I've come around to the CSBA idea of replacing the LHD/As, as they retire, with a medium carrier. They can be "lightning carriers," ASW carriers, or assault carriers as needed while definitively jettisoning the well deck roles.
Click to expand...

No, their plan was ultimately to produce a conventional medium carrier. There would be a transition as the existing LHAs were used more extensively in the "lightning carrier" role. But they were aiming for an angled flight deck and catapults on something slightly smaller than the brits' CVF, or similar to a fully modernized Midway. The Marines' STOVL F-35s and Navy/Marine CATOBAR F-35s could operate alongside each other in an air wing.
Click to expand...

Ok. I came across the synopsis of a 2005 proposal that has the redesignation bit.

Department of Defense Authorization for Appropriations for Fiscal Year 2006

This is the study I was referring to [PDF warning] for reference/comparison. I was wrong, btw, they actually have 12 CVNs and 10 "CVLs"

The 4-ship ARG would consist of a CVL, an LPD, and two LX(R)s. The CVL would initially be a
legacy LHA/LHD but would eventually be replaced by a purpose-built 40,000- to 60,000-ton
CVL with catapults and arresting gear. The CVL would carry twenty to thirty primarily fixed-wing
aircraft to exploit the stealth and C4ISR (Command, Control, Communications, Computers,
Intelligence, Surveillance, and Reconnaissance) capability of the F-35B. The rotary-wing
aircraft displaced from the LHA/LHD would go to a small-deck amphibious ship (LPD or LX(R))
added to the current 3-ship ARG. The CVL air wing would focus on SUW, strike, and CAS
missions. The LPDs and LX(R)s would conduct SUW as well as amphibious operations using
their attack helicopters and the long-range surface-to-surface missiles in VLS magazines. With
a VLS magazine, small-deck amphibious ships would also be able to employ medium-range air
defense interceptors such as ESSM to improve their staying power in a contested area.
Click to expand...

The proposed fleet architecture adds to today’s CVNs smaller conventionally powered CVLs of 40,000 to 60,000 tons that would be incorporated into ARGs as part of the Deterrence Force. CVLs would provide power projection and sea control capabilities at the scale needed for day-to-day operations and for SUW, strike, and CAS as part of initial combat, freeing CVNs to focus on high-end integrated multi-carrier operations as part of the Maneuver Force or the Northern Europe Deterrence Force.

In the near-term, existing LHA/LHD amphibious assault ships would be employed as CVLs using a loadout of twenty to twenty-five F-35B aircraft.67 As they reach the end of their service life, LHA/LHD-derived CVLs would be replaced by purpose-built CVLs with a displacement similar to a Cold War-era Midway-class aircraft carrier and equipped with catapults and arresting gear.68 As a result, CVL air wings would be able to become slightly larger and incorporate airborne electronic attack (AEA) and airborne early warning (AEW) aircraft that are catapult-launched and require an arrested landing.
Click to expand...

One of the authors of this study has a twitter thread that covers a bit of the plan's reasoning and why he (much like myself) is concerned by the leaked CVN reduction plan. 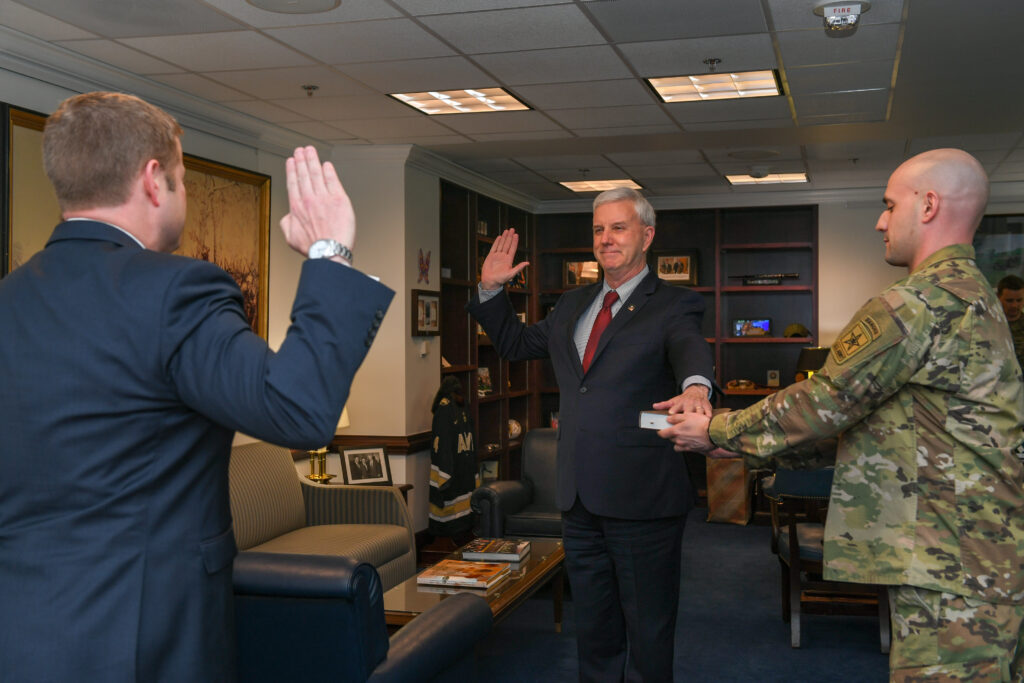 Acting Navy Secretary James McPherson is only three weeks into the job, but is making weighty decisions, including Wednesday’s call for a wider inquiry into his predecessor Thomas Modly’s firing of the captain of the COVID-19 stricken USS Theodore Roosevelt. 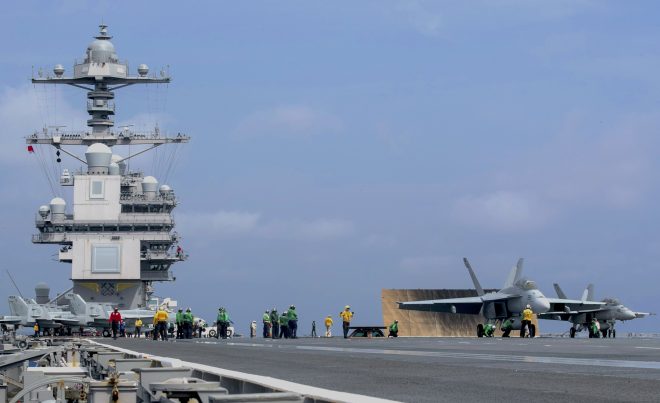 The Navy’s secretary nominee has embraced a vision of the future naval fleet that is larger and includes new hull types in support of distributed maritime operations – but he also fully embraces the Ford-class aircraft carrier, in contrast to one of the main efforts being considered by former...

Why do I get the feeling the new SecNav may not last that long?

Grey Havoc said:
Why do I get the feeling the new SecNav may not last that long?
Click to expand...

Well he is the "acting" SECNAV which suggests it's a temporary spot.