For the MM.3 I will look at my documents.

Ingenieur Hoope founded the Hoppe Flugzeugbau at Bad Hersfeld. He designed some sailplanes and the light aircraft G.H.1 and G.H.2.
I know nothing more about this person.

The unidentified monoplane is the FK 3 "Friedrichshain" , designed by the Dipl-Ing KOCH , and build by the "Sturmvogel" Verband (an SPD organisation) at Friedrichshain near Berlin in 1931 . It was shown at the DELA-Berlin 1932 .
It was a "Volksflugzeug" , a cheap airplane for "everybody" , like some others designs of the 1930-1933 period .
Only the prototype was built : in early 1933 , Hitler got the power , and the SPD was forbidden .

richard B, thank you a lot.

Maveric, thank you. I'll try to find a biography of pilot-recordsman Huppe.

here is a Franz Büchner biplane,I don't know this designer,except from two aircraft built by
Gotha;

Who know more about him ?.

This aircraft is the D.F.W. (Deutsche Flugzeugwerke) "Mars" from 1912.

Bruno Büchner was only a flight instructor at the DFW, later he cost the plane.

Dear Friends,
is someone able to help me with a photo of an airplane:
made by "Flugzeugwerke Gustav Schulze" (D-Sch) at Burg b. Magdeburg, searching for his last Type VIII "Roland", made in 1914 with 70 HP Argus, please?

AGO Scheer said:
Dear Friends,
is someone able to help me with a photo of an airplane:
made by "Flugzeugwerke Gustav Schulze" (D-Sch) at Burg b. Magdeburg, searching for his last Type VIII "Roland", made in 1914 with 70 HP Argus, please?
Click to expand...

Give me some time.

This Schultze-Eindecker was powered by a "wassergekühlten Vierzylindermotor" : this could be the 70hp Argus ; Anyway , it's the last Schultze I know , describes by Bruno Lange as the 1913 "Hochdecker"

Thank you, Richard.
You are right, this was the last Schulze Type.

Hello Richard,
Short P.S.: Where was the upper photo printed? Looks like from a book or newspaper....

Basically there were three main types of aircraft built by Emile Jeannin, of which a number of subvariants appeared:
• the 1911 Eindecker
• the 1912 Taube
• the 1913 Stahltaube

I have my doubts concerning the so-called Jeannin biplane (Gray/Thetford, p. 429). It is not of Jeannin style (a biplane with swept wings), and apparently it was designed by Karl Bomhard, who worked for Union and built there a number of other swept winged airplanes.

In 1915 the Emile Jeannin Flugzeugbau GmbH was taken over by National-Flugzeugwerke GmbH (itself created earlier by DFW as a subcontractor).

Emile Jeannin was an Alsatian by origin, born in the then German Mühlhausen i. Elsaß (now the Franch Mulhouse). He had always been a colourful character. He was a very good aviator, but also a star. At the beginning of WWI he got a severe sentence for an affair with a minor girl. But he wasn't the only one in Germany at that time. Ellery von Gorissen also had a lot of trouble for an affair with a minor boy… But let us focus on airplanes

2. Naglo

Concerning an eventual Naglo training biplane I have no information. Interesting. Where did you find the information?

D4 was the company designation of the LVG B.I
Click to expand...

This is Hugo Hübner's fourth design - the 1912 Eindecker IV or just Typ IV. It was powered by a 100 hp Argus 4-cylinder engine.

Hugo Hübner worked for the family brewery in Mosbach begun by Heinrich Hübner. The Typ IV was stored in the attic of Actienbrauerei Mosbach (the brewry environment being claimed as an aid to its preservation). Also preserved at Sinsheim is the 1935 Hübner Mücke biplane light aircraft.

- Focke and his friends Hans Kolthoff and Georg Wulf manages her first powered flight. That with
a 50 HP engine equipped aircraft completely self-made and initially creates 300 up to 500 meters
up to five meters high.

hesham said:
From Brunel Magazin Der Spezialist,- Focke and his friends Hans Kolthoff and Georg Wulf manages her first powered flight. That with
a 50 HP engine equipped aircraft completely self-made and initially creates 300 up to 500 meters
up to five meters high.Of 1912
Click to expand...

This was done on the Focke-Kolthoff-Wulf A IV : 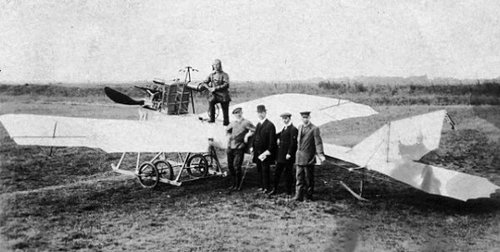 has anyone a picture to Boris Loutsky biplane helicopter of 1909 ?.
T

The first Loutzkoy plane is sometimes called an helicopter, but it was rather a VTOL. A bad photograph of it in Шавров I, p. 131 of the 1986 edition, and here a better photograph from the Russian Wikipedia "Луцкой-1".

and do you here about Magdeburg biplane helicopter of 1909 ?.
T

Unfortunately unknown to me. One of those numerous projects of the trial and error period?

Concerning the above plane of Loutzkoy, it was built at the Daimler Motoren Gesellschaft, where Loutzky worked until 1914.

As Magdeburg is a city in Germany/Saxony-Anhalt, it may be rather a clue, where construction and/or tests
took place, than the name of the designer.

here is the source and the text,and yes its name is Sagert,sorry.

German V/STOL Rotorcraft and Propellercraft
Designs of the Twentieth Century

I heard that,Mr. Berner designed a tailless airplane by this time,was it the same or not ?.
T

Sorry, no information on Berner and this tailless airplane.
What Th. Schnädelbach and Berner built in 1910 was an ornithopter, as usual unable to fly. If he is the same Berner, maybe he had other exotic ideas. There were many of that kind of inventors in those days.

and it was mentioned here; 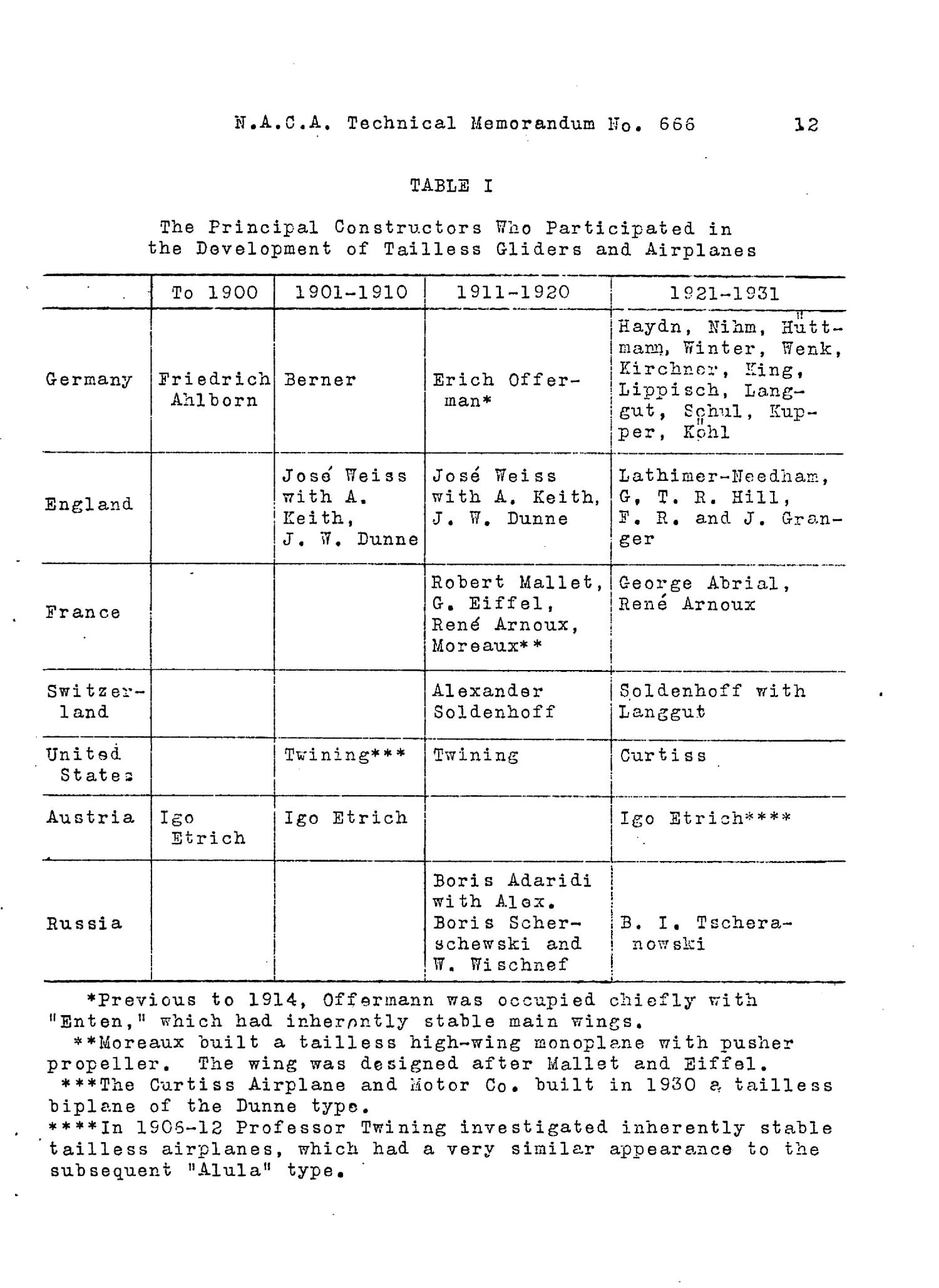 Development of Tailless and All-Wing Gliders and Airplanes

Tailless airplanes are characterized by having all their control surfaces, especially the elevator, incorporated in the wings. This paper provides a discussion of the history of their development and current state of development.

????
Wikipedia is not the most reliable source...

Tuizentfloot said:
Wikipedia is not the most reliable source
Click to expand...

My dear Tuizentfloot,not in all cases.

From, Aviatik Aircraft of WWI,

the Aviatik B types and Two-seater ?.

The book Aviatik Aircraft of WWI by Jack Herris is excellent, as are all the other books in this series.

At the beginning of WWI Germany had only A monoplanes and B biplanes of different manufacturers, whitout any differentiation. So, in the case of Aviatik all biplanes were called B, the P13 as well as the P14 and the P15. Sometimes the year of order was added, e.g. B/13, B/14.
All those Aviatik B types were from the same family of Pfeil-Doppeldecker with a lot of individual differences, and also different engines.
Only in 1915 Idflieg started a diffenrciation in the designations, and in the case of Aviatik in B I and B II. The distinction between the two is not really clear. B I should have been the P15b and BII the P15a, but details of both are lacking. Another theory (as also suggested by Jack Herris) is that the B I had a 100 hp engine, and the B II a 120 hp engine.

Concerning the Frontbestand errors in designations and numbers occured. All depended on the accuracy of those who compiled the data, and I can imagine that at the front even Germans had sometimes other concerns.
So, we can only say that B/12, B/13, B, B I and B II are all of the same family of Pfeil-Doppeldecker, with a lot of variations.

What was this ?,which was mentioned here;

hesham said:
What was this ?,which was mentioned here;

but the name Manzell was the designer or what ?.

but the name Manzell was the designer or what ?.
Click to expand...

but the name Manzell was the designer or what ?.
Click to expand...

Seemoos /Manzell was the place where the Dornier factory was .