According to a Morton's e-mail the above book is in preparation. Perhaps Sharp himself can offer Intel?
E

I don't think there's much of secret projects interest in it.

Many people are interested in actual planes as well though.
P

Dan, I for one am more interested in planes that actually flew.
P

It's 25,000w compared to my Fw 190 issue of Aviation Classics, which was circa 85,000w. As such, there wasn't room to give that much detail. It does include drawings of the low-wing monoplane version of the Fw 159 though, new profile artwork and a development history based on original documentation.
P

Ok. I presume the Aviation Classics Fw 190 is out of print?

Pasoleati said:
Ok. I presume the Aviation Classics Fw 190 is out of print?
Click to expand...

I think the hard copy one sold out a year or two ago but it's probably not that hard to find.
E

When did this "Aviation Classics" book come out? Who was the author?
P

It's not obvious. There was the three volume series published by Crecy. I'll add that people should not assume that everyone has the same information they do. 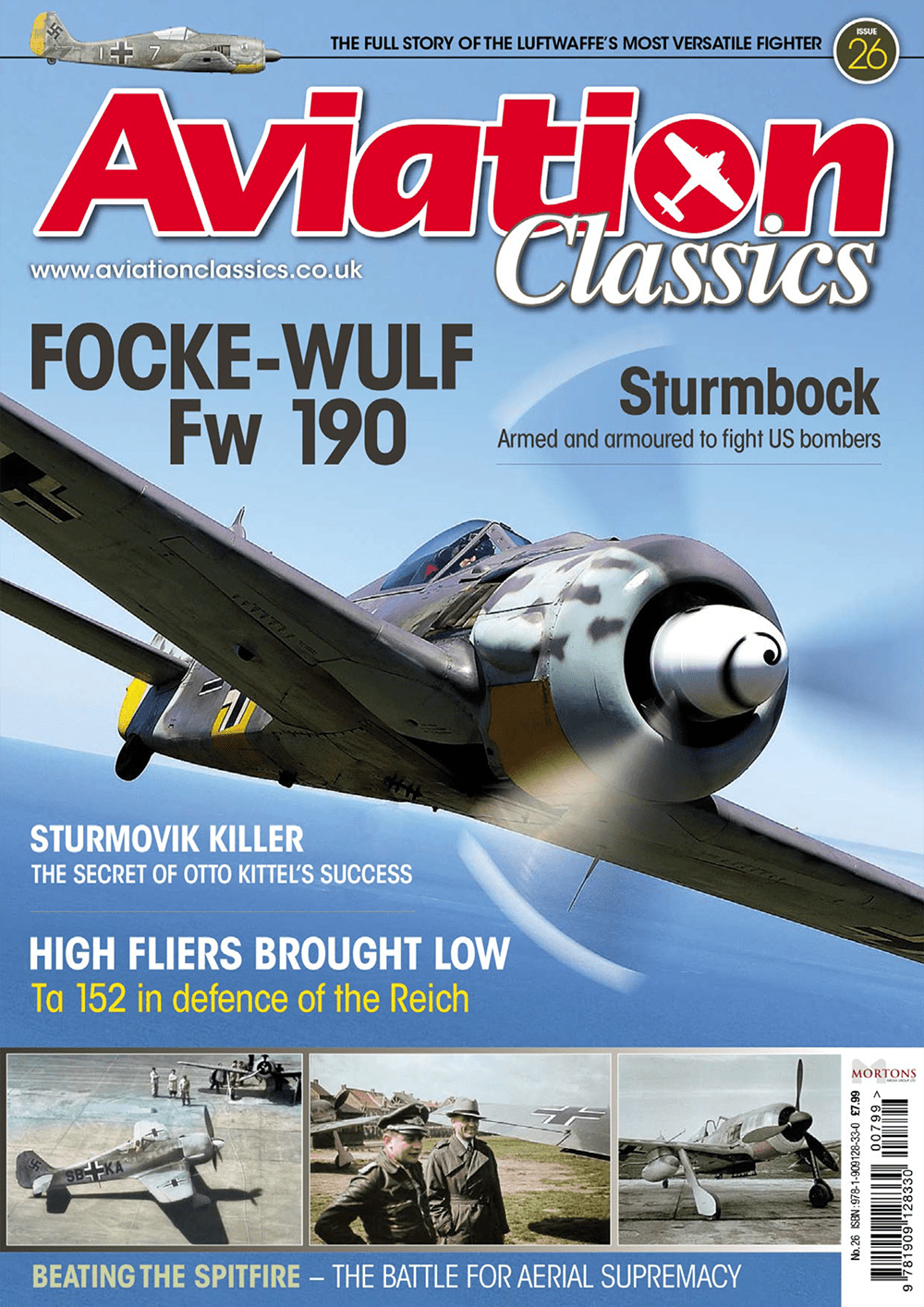 Few aircraft have the ability to radiate menace like the Focke-Wulf Fw 190. Its angular canopy, sharp fuselage, bulging radial-engined nose and heavy weaponry all say ‘threat’ and they do not say i…
www.aviationclassics.co.uk
Purchase a Digital Copy for £4.99:

Dan, you wrote that the new one will have approx. 25,000 words while the Aviation Classics had 85,000. The old one had 132 pages, so how many will this new one have since the price is also higher?

Pasoleati said:
Dan, you wrote that the new one will have approx. 25,000 words while the Aviation Classics had 85,000. The old one had 132 pages, so how many will this new one have since the price is also higher?
Click to expand...

This is where the difference in format becomes apparent. AC26 Fw 190 is the contents of a 200-page fully illustrated book in a 132-page magazine format. The new Fw 190 book will be 90 to 100 pages with less content but the format - thicker cover and pages - and different distribution network means a higher price.
I've said before, I think, that bookazines actually have as much content as far more expensive products and recent experience would seem to bear this out. The Cold War Interceptor book will have exactly the same content as the 132-page RAF Secret Jets bookazine but redesigning it as a book has indeed resulted in a 200-page product. Hardback cover, thicker pages and different design values (no images run across the gutter, no postage stamp-sized pictures, no font size reductions) equals, or should equal, a much nicer product. But in combination with the distribution network difference I mentioned there's a significant price disparity.
P

Doesn't sound good as I don't see any rational reason to have bigger font for books and other similar graphical padding (wide margins etc.). Larger photos are so-and-so unless the source material is of premium quality (=original negatives used for scanning).
P

Besides, Morton's ad claims that the Fw book is softcover.

Pasoleati said:
Besides, Morton's ad claims that the Fw book is softcover.
Click to expand...

It is a softcover, but not as soft as a magazine cover.
The hardcover I referred to was Cold War Interceptor. And the font size I mentioned was also in reference to the latter. In RAF Secret Jets, the font size of the last chapter is smaller than that used throughout the rest of the bookazine. This annoying detail has been corrected in the book version.
With regard to the Fw 190 book, it's not the same as AC26. If it was, the book version would need to be 200+ pages and would cost £20+ even as a softback.
Odd as it may seem, you could probably fit the contents of most £25 fully illustrated 200-page books into a bookazine. It's just that most publishers would never even consider that route to market.
The bookazine model subverts the traditional book model by cutting out certain links in the distribution chain (it's sold as a magazine through magazine outlets and via magazine distributors). If a publisher chooses to publish 'real books' via the mass market the full chain and its additional costs apply. So you get a 'real book' format but the cost is that much greater.
Whether you would rather have a book or bookazine is your choice of course. Each has its benefits and drawbacks. But I haven't stopped writing bookazines and not all of my books will be reissues. Just finished writing my BV 155 book, for example.
P