Will you write new reports about C919 ？

Will you write new reports about C919 ？
Click to expand...

Only a short news headline - no report - for Air International.
Why do You ask ?

ov-101 said:
I had read many of you reports about Chinese aviation from Key Publishing’s magazines …And I think you will not miss maiden flight of C919
Click to expand...

Thanks and You are correct, but unfortunately they wanted only a brief news-report.

Anyway ... if You have anything to correct on these reports, critics are always welcome.

Second prototype had its maiden flight this morning ! So congrats to COMAC.

On May 5, 2017, a large Chinese-made C919 aircraft successfully completed its first test flight at Shanghai Pudong International Airport. I was honored to witness this great and inspiring moment in the history of aviation. Although I myself am from Ukraine, but when I saw the C919 soaring into the blue sky, I experienced incomparable pride.

I worked for 28 years in the Ukrainian Antonov aircraft concern, and then I was invited to work by the Chinese Avicorporation Avic as an expert in testing automatic control systems for transport aircraft. In 2012, I joined the Shanghai Aviation Design and Research Institute (SADRI) at COMAC. My institute takes on the important task of designing and developing large aircraft; I am mainly responsible for the study of the C919 aircraft control system. My colleagues are mainly young people who graduated from Chinese aviation institutes, I am enthusiastic to cooperate with them. In China, a large population, the development of civil aviation can not only meet the demand of people in transport, but also creates many jobs.

The first flight of the C919 is just the beginning. We must continue to make efforts, we cannot relax for a minute. After the first flight, customers often visit our company, they have very high hopes for us. I am sure that if we step by step will persistently move forward, we will certainly achieve success.

Before arriving in China, I knew practically nothing about this country. My native language is Russian and I usually communicate with my colleagues in English. When they misunderstand me, I write, draw and gesticulate. I also learn simple Chinese phrases from staff. After a few years, I can say a lot in Chinese. Today, I feel that I have truly integrated into this beautiful country. In 2018, I received a certificate of permanent residence permit for foreigners. I carry this document in my outerwear pocket and occasionally show it to others.

For 70 years, China has achieved development successes that have attracted worldwide attention. China's significant progress in various industries has laid a solid foundation for research. As for the aviation industry, in recent years, the ARJ21 short-range aircraft has already been put into commercial operation, the C919 made its first test flight. China's civil aviation is entering a new period of dynamic development. I express confidence that in the future more passenger aircraft developed by China on its own will soar in the sky.
Click to expand... 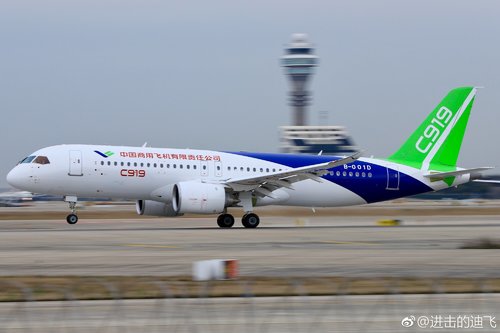 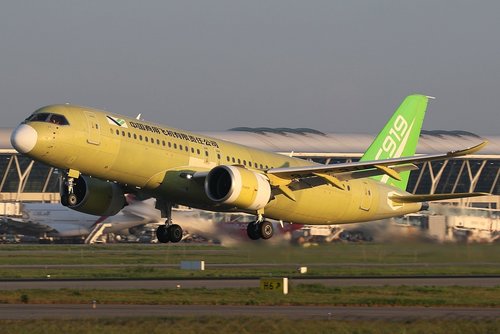 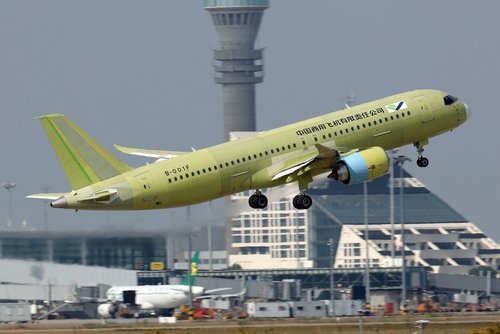 According Xinhua.net
the six Testmodel of C919 made it maiden flight
the jet flew for 2 hours and 5 minutes, mainly testing the cabin, lighting and external noise.

But Zhao Keliang, a deputy chief designer of the C919 project, said in recent local press interviews that many foreign companies continue to support the airliner project and that GE and its partners would still ship engines to Comac to fulfill their contractual obligations, as the related deals were signed before Trump’s imposed sanctions.
-------
Wu Guanghui, the program’s lead designer, was recently quoted by a WeChat news account maintained by Shanghai government’s Media Office as saying that the C919 was on track to secure European Union Aviation Safety Agency’s (EASA) market entry approval by the end of the year.

He said the C919 has recently wrapped up its EASA extreme low-temperature tests over 23 days in January at -35 degrees Celcius, according to the report.

Wu also said testing conducted in the airspace above China’s alpine Qinghai-Tibet plateau had progressed at “warp speed,” cramming the usual half-year of testing into about three weeks with data fed live to EASA technicians.
Click to expand...

“We found in test flights after the C919’s maiden flight back in May 2017, already three years later than originally planned, that the initial fuselage was too heavy and bulky and to get it airborne GE’s engine consumed more fuel than designed,” said the designer, who spoke on condition of anonymity.

“There are two ways to solve this: to fly the same fuselage but we need bigger wing tanks for additional fuel – that means less fuel efficiency and likely a shorter range. Or we can trim the size and weight of the fuselage, but then we have to sacrifice payloads like the plane’s passenger and cargo load,” the Comac technician said.

“Either way we take, the C919 will be far less competitive compared with [Boeing] 737s and [Airbus] 320s. Then we decided to make use of cutting-edge composite material like special aluminum to make lighter airframes.”
Click to expand... 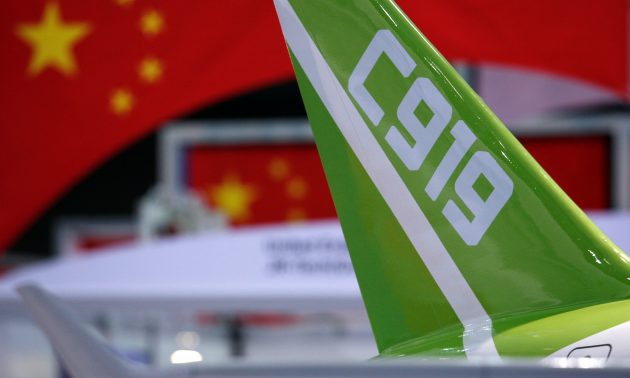 The Commercial Aircraft Corporation of China (Comac) says that its C919 homegrown, narrow-body jetliner is on schedule to take to the skies this year, despite geopolitical headwinds that had threat…