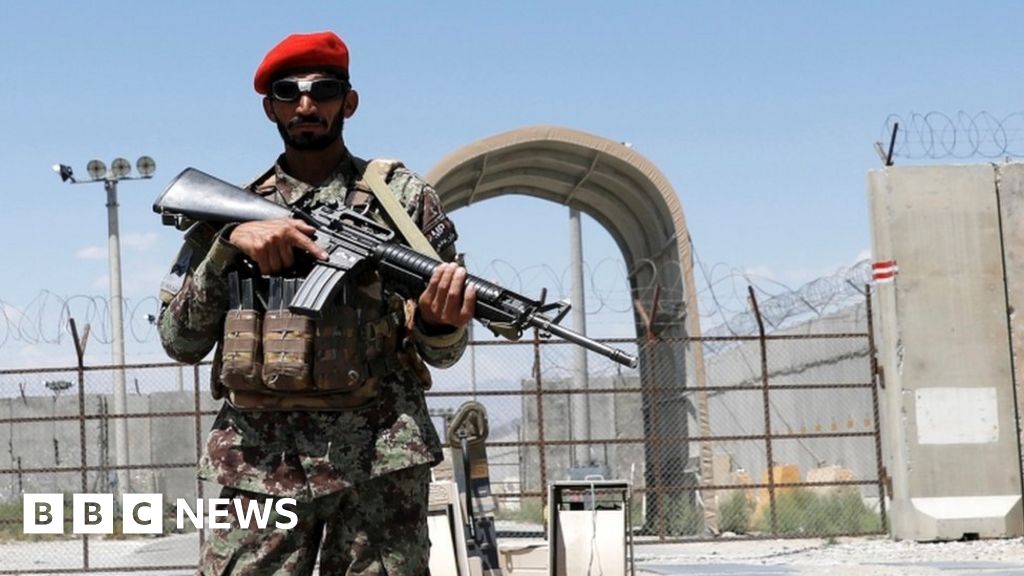 Bagram: Last US and Nato forces leave key Afghanistan base

The sprawling airbase has been the centre of operations against the Taliban and al-Qaeda for almost 20 years.
www.bbc.com

The U.S. left Afghanistan's Bagram Airfield after nearly 20 years by shutting off the electricity and slipping away in the night without notifying the base's new Afghan commander, who discovered the Americans' departure more than two hours after they left, Afghan military officials said... 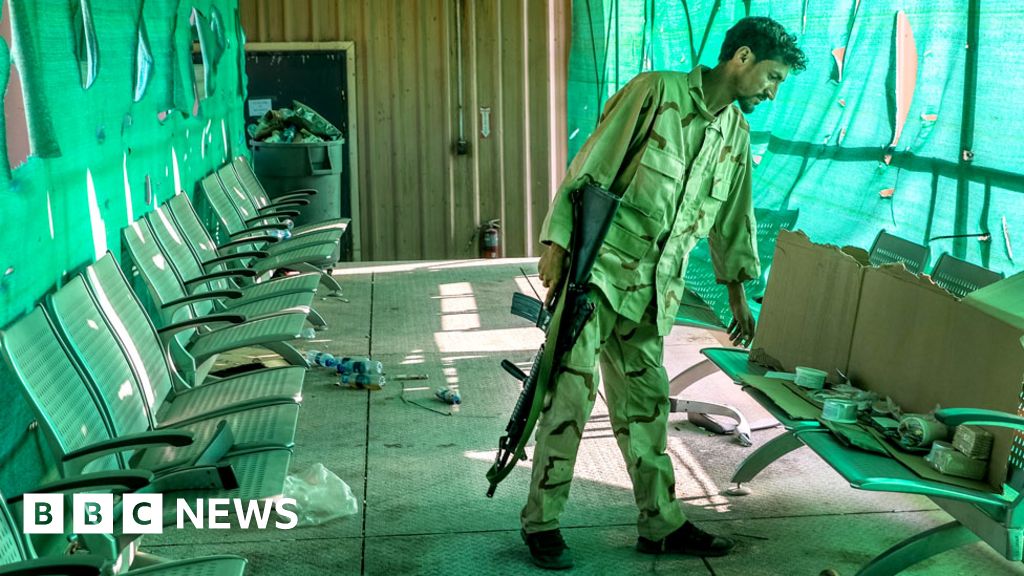 US left Bagram Airbase at night with no notice, Afghan commander says 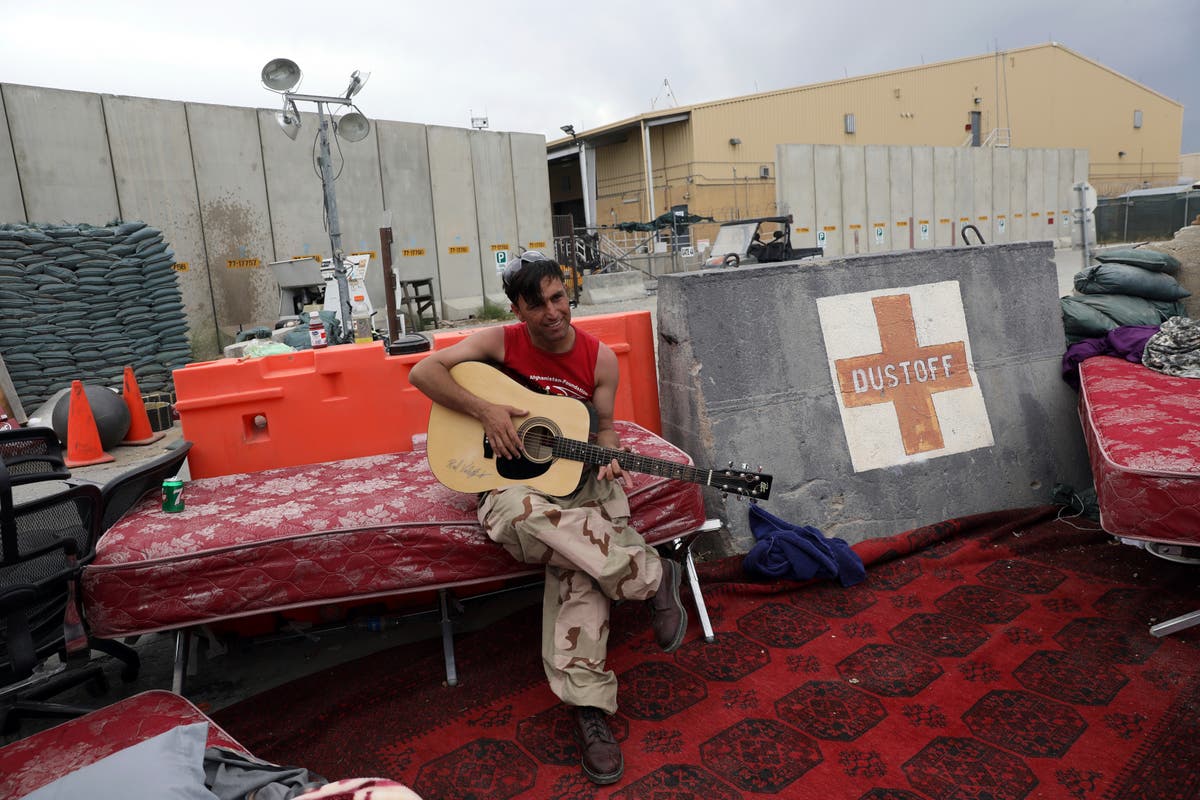 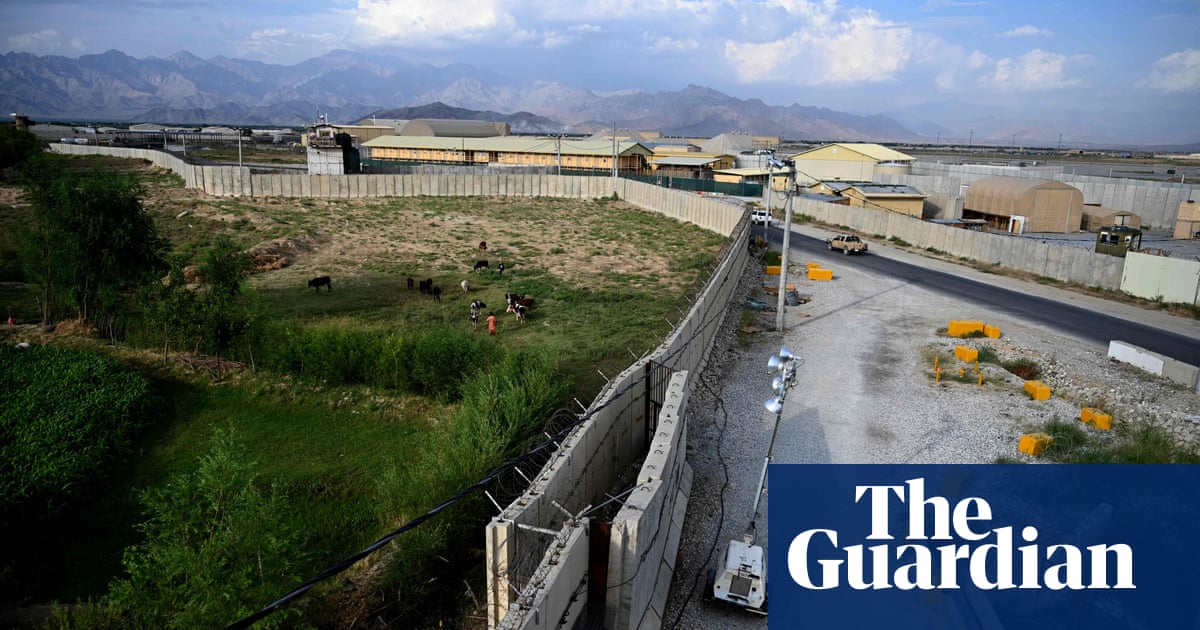 Inside Afghanistan’s looted Bagram airbase after US departure – in pictures

After nearly two decades, the US military has left Bagram, now Afghan forces have invited the press inside the huge, eerily quiet facility 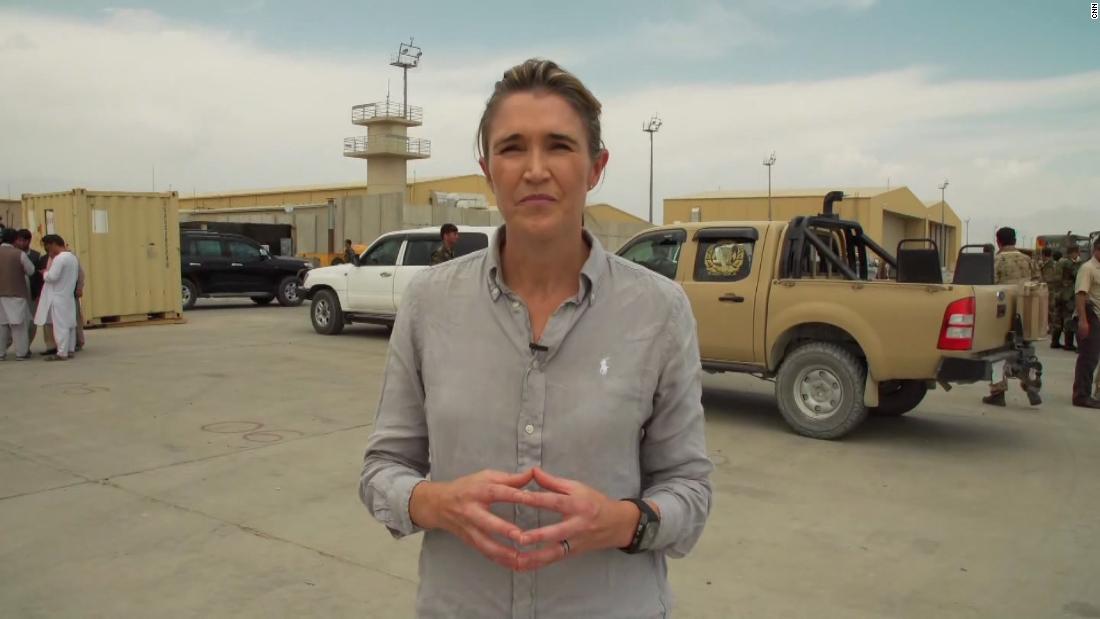 CNN's Anna Coren goes inside Bagram Airfield to capture scenes of abandonment as Afghan forces pick up the pieces following the withdrawal of US and NATO troops after nearly two decades of war.


On a related note:

Pentagon to switch over U.S. military leadership in Afghanistan

The top general leading U.S. military operations in Afghanistan will transfer his command to the head of U.S. 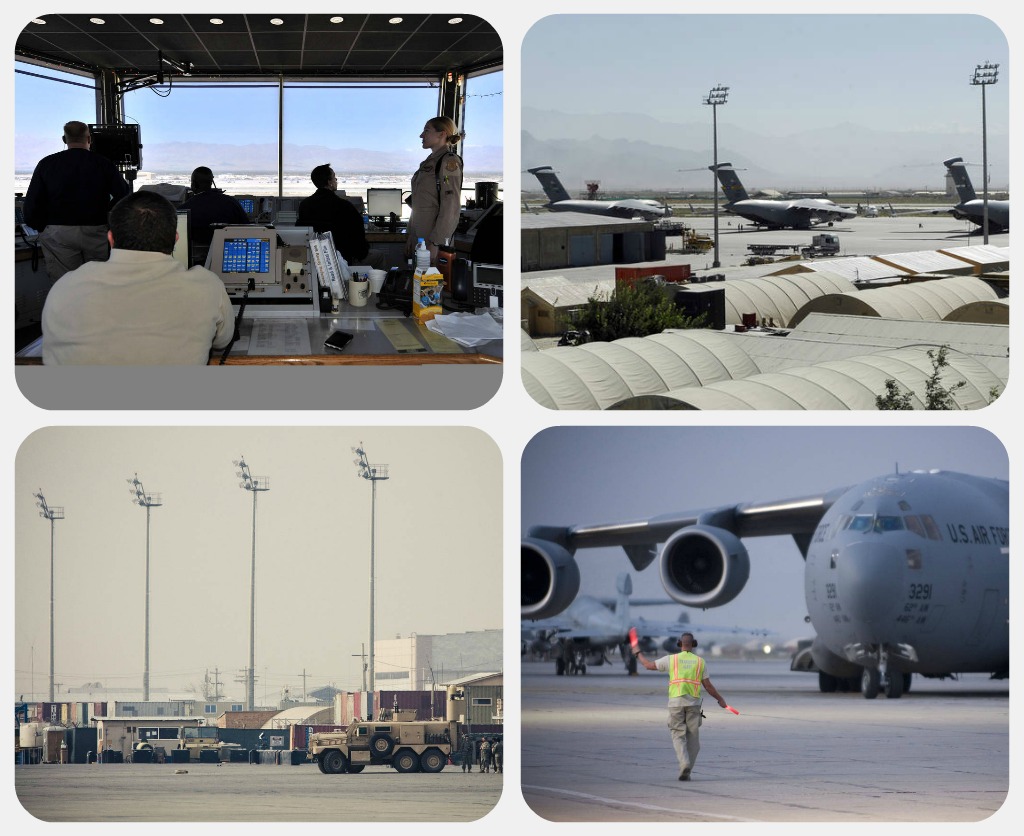 
It will be interesting to see if the Afghan Air Force can take up the slack now that the USAF in particular is no longer a factor for all intents and purposes. Another question is, will the Afghan National Defense and Security Forces, who are primarily responsible post-retreat for defence of the airbase rather than the Afghan Air Force, be able to actually hold the base for any length of time?
Last edited: Jul 6, 2021
T

Thought we were still allowed to post on more narrowly military topics, such as in this case the fate of Bagram as well as the AAF in general?

In that case I will just add this and just leave it at that. 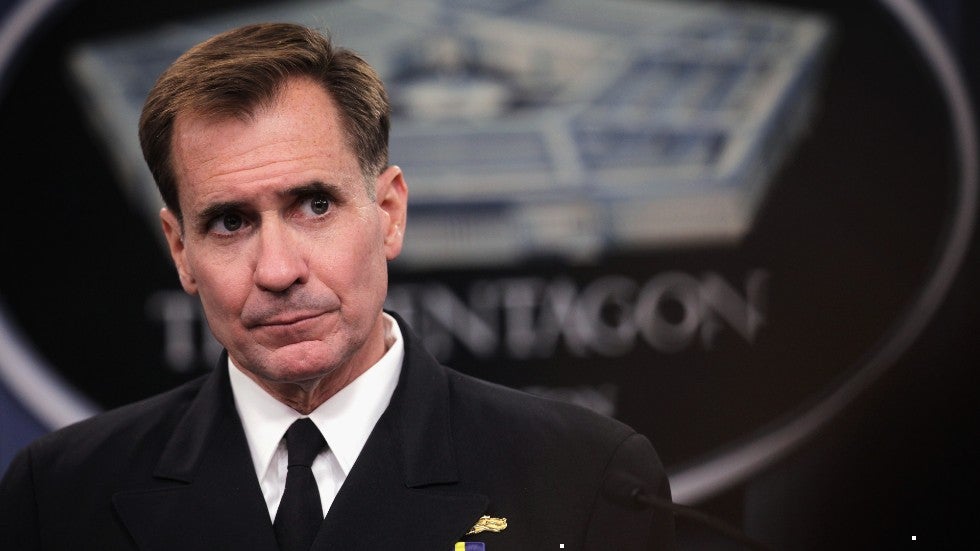 The Pentagon on Tuesday defended its departure from Bagram Airfield after reports emerged that the U.S.

You mean like what is going to happen now to the A-29 LAS and MD-530F procurements for example? Around 27 of the former have been delivered to date, with at least one subsequently lost in action last year and 7 (some sources say 10, which would mean the number of deliveries has been instead at least 30) kept stateside at Moody Air Force base for training. With regards as to the latter about 70 out of an order for 150 have been delivered so far, with an unknown number of losses.

We probably should give thanks to all that is holy that the planned F-16 and Predator-B buys (dating back to Rumsfeld's time, when the AAF was still known as the Afghan National Army Air Corps) finally crashed and burned (officially shelved) during the Obama era. More than a bit of money and other resources were squandered first though on those two programs alone.
Last edited: Jul 7, 2021
S

Well, seeing as it's newsworthy - could we move it to the Bar?

Well, since there is plenty of juicy hardware material that we could cover such as the UH-60A+ fiasco (which was supposed to be a major cornerstone of the infamous Afghan Aviation Transition Plan), it might as well be left here, IMHO.
T

At least seven Afghan pilots, including Zamaray, have been assassinated off base in recent months, according to two senior Afghan government officials. This series of targeted killings, which haven’t been previously reported, illustrate what U.S. and Afghan officials believe is a deliberate Taliban effort to destroy one of Afghanistan’s most valuable military assets: its corps of U.S.- and NATO-trained military pilots.
Click to expand... 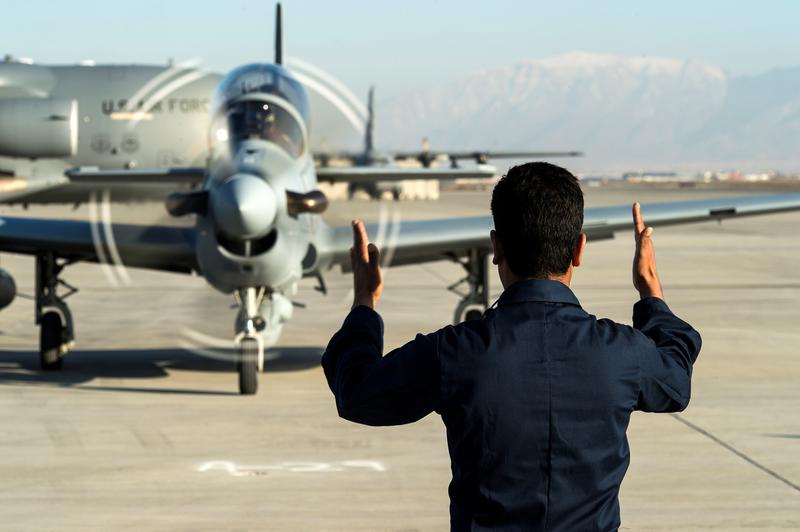 Afghan Air Force Major Dastagir Zamaray had grown so fearful of Taliban assassinations of off-duty forces in Kabul that he decided to sell his home to move to a safer pocket of Afghanistan's sprawling capital.