here some Link and PDF about USA military outpost on Moon

Question
hab the US NAVY and the US Marine Corps also Luna outpost plans ?

Michel Van said:
Question
hab the US NAVY and the US Marine Corps also Luna outpost plans ?
Click to expand...

I agree. In my opinion Space colonization seems a logical task for the USMC with the USN assuring Space navigation.
Q

I just noticed that the link to the Project Horizon report PDF linked above is dead, so I'm not sure which one it connected to -- but it might not have been either as there are two I've found floating around, a summary report and a technical report (linked below). Both were released in 1959 after being developed from about mid-1956 as a way of establishing precedence over the US Air Force's and the Navy; the Air Force came up with Lunex, as mentioned, and while I've never found a Navy lunar base proposal I know for sure they worked a bit on a lander. In any case, by the Horizon was declassified and released in 1959 the Army was more concerned with getting a slice of the sweet, sweet government money that looked to be heading to the upstart NASA instead. There's a couple of breezy paragraphs in it that basically read as "NASA will do an initial manned landing and some orbital mapping, and then get out of the way of the Real Men who're gonna do the Real Work".

(I just published the third of three parts describing the whole Project they proposed, from a huge launch complex on Christmas Island to an orbital station to a 12-man Moon base -- by the end of 1965! -- on my blog, which you're more than welcome to check out if you click on the web icon under my user name to the left there. It's all based on the Army PDFs I've linked above, though.)

Good reports! I made 3D model of construction vehicle (see below). But when I want to make second lunar surface transport vehicle I found that in copy of report Horison_V2 there is no page 54! It is terrible! There is must be Figure II-13 with illustration of that vehicle! Please help me to obtain that illustration.

Igor Bezyaev said:
There is must be Figure II-13 with illustration of that vehicle! Please help me to obtain that illustration.
Click to expand...

I have a different copy of this report, Igor -- I'll check if it's complete when I get home.
B

...You know, as much as we're finding out about LUNIX and the other military lunar base proposals, some garage kit company should be able to come up with a really decent 1:288 scale kit of a completed, active base. So far, the only one I can name off the top of my head is this particular gem: 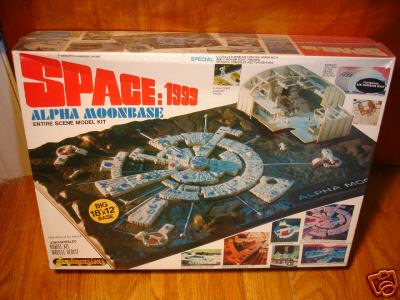 And indeed that's my blog...well done to Barrington for beating me to it ;D The picture quoted above is Figure I-1, from page 11 of the first volume of the Horizon report.

Igor, I have checked my copy of volume II and either it is the same as the one you have, or they were both scanned from the same original that is missing page 53. In other words, no figure II-13, sorry.

OK. Thanks all.
I can show all my 3D models of vehicles for Horizon Project:

"The Meanderings of a Weapon Oriented Mind When Applied in a Vacuum Such as on the Moon"
http://up-ship.com/blog/?p=33691

A couple of updated Encyclopedia Astronautica links for LUNEX and Project Horizon:

Soldiers, Spies and the Moon: Secret U.S. and Soviet Plans from the 1950s and 1960s
nsarchive2.gwu.edu

A writeup on Project Horizon and related topics at the Tank Encyclopedia a video giving a reading of the article is linked below.