What a detailed and interesting report this is! Immediately downloaded.
I must check this carefully.
I can't find any front view drawing of the beautiful SCAT 15F in this report. Why?
Anyway thanks for sharing.

Yes these Boeing plans never include front views, but we have sections tho.
I've found this 733-290 plan on Reddit too, nice, too bad it's so lo res. 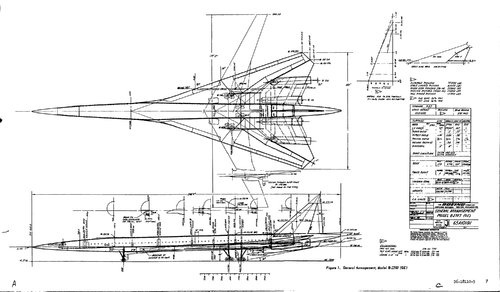 Thanks much Blackie San ! I didn't had that one.

Thanks a lot galgot-san. Very beautiful.

Here the others , first one goes with the one already posted. 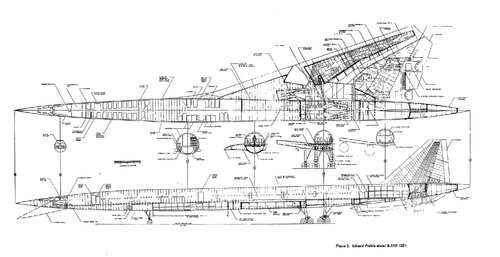 Thanks a lot. Excellent!!

Many years ago now I saw a broken Pacmin model of a Boeing 2707 300 in Airlift livery on Ebay. Recently I saw an Air New Zealand (not an optionholder) variant on Picclick.
It would be interesting to know from anyone with Pacmin connections if they kept records of the liveries made
U

Here it is in case it vanished

The latest Tweets on #世界に広まれSSTの輪. Read what people are saying and join the conversation. 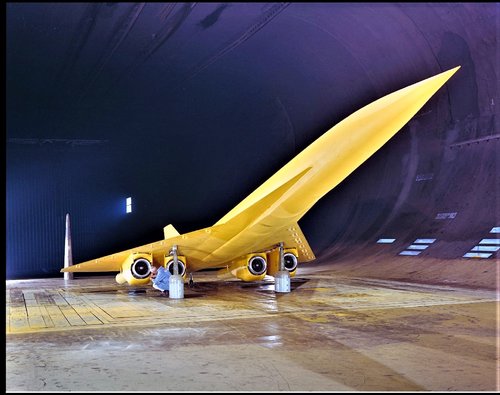 Ｗhat is the objective of this model?
Is this model had engines? 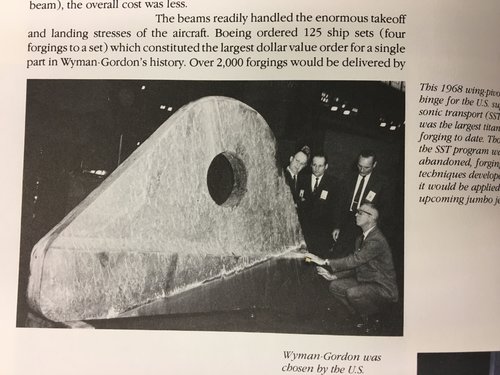 Unfortunately I don't know from which publication this is coming :/

Blackkite-San, please could you tell me what this means :

(or the all Japanese timeline text )
I’ve tried passing these into an OCR, then through a translator, but it gives me a gibberish about sea food and house construction… hardly SST related.

NASA requested Boeing and Lockheed to conduct a comparative study on the four plans SCAT17, SCAT4, SCAT16, and SCAT15.

Boeing reviewed and evaluated the delta wing aircraft with tails based on design proposal 733-204, but did not get much improvement and did not go deep.

Boeing won the SST design competition because the B2707-100 design proposal was advantageous at low speeds.

Boeing decided to review the basic form of the SST because the B2707 series design proposal was stuck, and reexamined the variable swept wing plan, the delta wing plan, the SCAT15 plan.

I will try to translate Japanese explanation of each SSTdesign into English.
Give me time for a while.

blackkite said:
I will try to translate Japanese explanation of each SSTdesign into English.
Give me time for a while.
Click to expand...

Thank you very much ! take your time no hurry.
The Japanese timeline image seems to have much more detailed explanations than the one in english.
Last edited: Aug 14, 2019

This is the first proposal for Boeing's variable swept wing SST. This plan was created based on research on TFX (F111) and arrow wings, which Boeing Co. and NASA conducted.

During Phase I, Boeing considered how far a good SST could be made using fixed delta wing. As a result of the examination, the proposal 733-204 satisfied the target value in the payload and cruising range, but the low speed performance did not satisfy the target value.

Boeing reassessed NASA's SCAT15F proposal. The payload and cruising range were excellent, but the low speed performance was poor and the development risk was large, so it was concluded that this scheme was disadvantageous.

Boeing reexamined various SST configurations because the 733-290 type wing-tail separation type variable swept wing plan got stuck due to exhaust and tail interference problems. As a result, the draft 733-290 was integrated with the good part of SCAT15 to create the draft 733-467.

Boeing has proceeded with design studies such as B2707, B2707-100, and B2707-200, and solved problems such as steering stability. However, the weight increased and the cruising performance could not satisfy the required value.

Boeing added a horizontal tail to improve the vertical maneuverability of the SCAT15F to the standard value.

The delta wing with tail wing, 969-302, has the best payload and cruising performance because it can reduce its own weight. Since the wing span was large and the swept angle was small, the low speed performance was good.

The 969-404 proposal for the separate tail and wing variable swept wing has the best landing performance. However, there is a large risk of interference between the tail and exhaust, and it is structurally complex.

several pictures from aircraft design, my master and bachelor thesis... - by Miroslav Dorotcin

Fantastic ! Thanks you very much again.
A

I recently had a crush on the SCAT-15F. It really was an aerodynamic wonder with a L/D of 10 against 7 for all the others, Concorde and Boeing included. NASA Langley had refined it over and over and it was a very fine aerodynamic job they had done. Even today it would held its ground as far as supersonic L/D goes.

But, alas, once out of the wind tunnel as mentionned

the low speed performance was poor
Click to expand...

low speed handling was vicious.
Basically the aircraft stall was a SOB and it would slam into the ground at landing, faster than human reaction time.
I'm not sure even an analog FBW like Concorde could tame that beast. Yet in May 1972 flew a NASA Crusader with the first ever digital FBW, courtesy of former LM pilot Neil Armstrong now at NASA HQ.
What might have been...
Last edited: Aug 14, 2019

That's Lockheed L-2000 mockup isn't it ? first time I saw it (in a magazine 25 years ago) with the Concorde shape and the tricolour on the tail I assumed it was... a Concorde 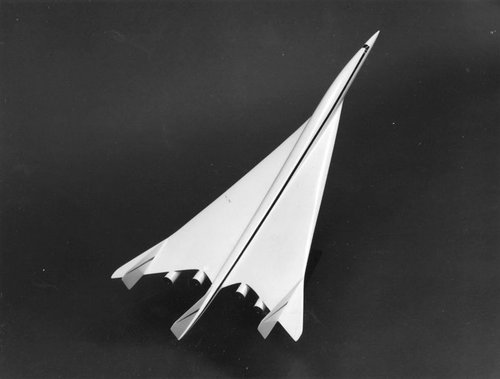 I.need.a.1/72.scale.model.of.this.on.my.desk. Look at the wing trailing-edge, how it delicately curves near the engine nozzles... an aerodynamic wonder, I told yah.

Archibald said:
It is a freakkin' Adriana Karambeu of aircraft.
Click to expand...

*splutter* Well. That's not very woke of you. Why aren't you touting the Jessica Yaniv of aircraft? Huh?

Archibald said:
It is a freakkin' Adriana Karambeu of aircraft.
Click to expand...

*splutter* Well. That's not very woke of you. Why aren't you touting the Jessica Yaniv of aircraft? Huh?
Click to expand...

SCAT-15F is not trans. It's supersonic

Yes. Also one interesting stuff on the SCAT-15F-B7 from document AD478511 "NASA SCAT 15-F Feasibility Study" posted here #961 ,
is that a section of the leading edge slat seems to rotate upward : 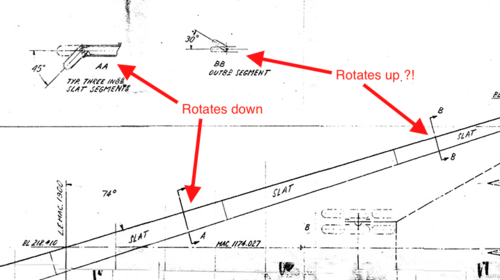 never seen that before...
T

Yes. Also one interesting stuff on the SCAT-15F-B7 from document AD478511 "NASA SCAT 15-F Feasibility Study" posted here #961 ,
is that a section of the leading edge slat seems to rotate upward :
View attachment 617725

I think this notched wing root leading edge was related to vortex lift at low speed.

I remember Miss SST and the made for TV movie that came from. As I also recall, one way they tried to make the plane for the movie look different from the Lockheed SST was to hang a set of 747 engines off of it. I'm not sure they didn't use a L-2000 cockpit mockup for the movie set as well, though.