I never see somethink like that in Books about German Fighters

and were are the Fuel Tanks on the model ?
because Rocketengine are thirsty
this wingform that Fighter is not very aerodynamic

for me this is a Fake
G

hummmm..
i agree with you, it's not the usual design of brothers....the airfoil is not (not the standard horten airfoil )adapted and not efficient for this type of plane...
I think the pilote have not a good view point and this position not correct (more in back), the body bulb is not in the good direction (inversed)...
Just a "creativ SF exercise"...??????
B

"Produced in 1:72 for Fantastic Plastic Models by Anigrand Craftswork, this unusual rocket-powered flying wing model was based on original documentation provided by Michael Schratt, who also provided the data for our USAF 40-Foot Flying Disc. "

where can i find this documents...???You look to know more infos than me about this project....thank you

For me not a brothers design, and a curious aerodynamic concept....look at http://www.nurflugel.com/Nurflugel/Horten_Nurflugels/horten_nurflugels.html

There actually was a Horten design with parabolic wing, built in 1938 as a
glide, but never flown, because it was destroyed before the first flight.
(Photo from Waffenarsenal Bd.18 "Nurflügel").
But IMHO, what makes this rocketfighter quite unrealistic, is the position of
the rockets, liquid fuelled, as I would suggest. In reports about the Me 163
you can read, that those early rocket engines weren't very stable with regards
to the amount of thrust they delivered. And in this layout, even small differences
between the two engines would have led to some problems for the pilots, I think.
Horten designs usually were quite sound, but maybe at the ned of the war, even the
Hortens had to use alcohol s a "tranquilizer" ? ;D

jemiba,
the airfoil is realy a fantaisy...if you know a little horten concept..it' not possible ...

Some time back I saw the design - crude and simply drawn - in a post-war US military report on German aircraft design. I'll see if I can find it again.
B

Why not ask Michael Schratt? Hasn't he already posted here?! 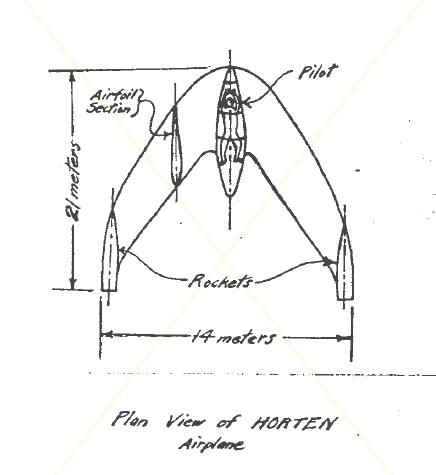 And the source document:
http://foia.abovetopsecret.com/ultimate_UFO/UFO_GOVT/ARMY/ArmyCICUFOFiles.pdf


And yes, it *does* come from Above Top Secret. Bear that in mind when contemplating how trustworthy it is. The relevant parts of this PDF file start about page 92, and seem to be from a January 1948 memo regarding UFOs and whether the Hortens had anything to do with them. The "design" seems to be based on a verbal description from an "informant." *Always* fully reliable and accurate.
G

i want to know more about this aircraft, presented as a Horten rocket powered flying wing.

more snapshot from that pdf document (http://foia.abovetopsecret.com/ultimate_UFO/UFO_GOVT/ARMY/ArmyCICUFOFiles.pdf), and yes it has great to enormous chance to be a fake.

I remember reading the book "Raketenjäger" (rocketfighter) by Mano Ziegler years ago. a good
account about flying the Me 163. He mentioned, that the rocket engines varied quite wildly with
regards to their power output. Assuming, that this design would hav had to make due with those
engines, too, it would have very easily flown like a boomerang ! ;D


we can't judge well about that project,before we take a look about the book,which its name
is; Horten Brothers and Thier All-Wing Aircraft,may be we will find the solution;


we can't judge well about that project,before we take a look about the book,which its name
is; Horten Brothers and Thier All-Wing Aircraft,may be we will find the solution;

Nothing concerning this "rocket wing project" in David Myhra's above-mentioned book, nor in the Reimar Horten/Peter Selinger book "Nürflugel".

I don't have time to be look for the document reference but here is what I have:

a copy of the complete document was passed to me by Pierre Lagrange, a specialist of the Roswell affair (not a believer). The document is a 1947-48 USAF document about the UFO phenomenon. The theory of the writers is that the 1947-wave UFOs were Horten aircraft built by Soviet Russia or "4th Reich" crypto-nazis. So they went to interview people in Germany who were linked with aviation and Horten. The sketch is from one of those interviewees who knew about Horten research but did not work with them. So he "guessed" what their jet was. The horse-shoe shape comes from a Vallier project from the early 30's. The interviewees all said that the performance associated with UFOs (high maniability, sonic speed and hovering) was way beyond what they (Germans) had in 1945. The best approximate was the Me 163B. I remember one of the interviewee did say the Germans had nothing with UFO-performance during the war and added "too bad" or something to this effect !

Assymetric thrust comes to mind immediately including "widowmaker".....without gyro's etc....it could very easy fly like a boomerang I get dizzy just looking at it. Pity any pilot would take that on.
V

I dont know is it fake or not, but i'll try to find more info...Very interesting concept

Ah, Jacobsen's bullshit volume! Thanks but NO THANKS!!!
V

XP67_Moonbat said:
Ah, Jacobsen's bullshit volume! Thanks but NO THANKS!!!
Click to expand...

Yes, there is a lot "not real" things in that book, but for now i could not find other source, where figurate this concept....
M

Doesn't the fact that the only source you could find is a book that has *a lot "not real" things* in it tell you something?

martinbayer said:
Doesn't the fact that the only source you could find is a book that has *a lot "not real" things* in it tell you something?

He means that shouldn't it worry you that you have no other source for that concept other than Jacobsen's garbage?

Shouldn't you be concerned that the only source you could find on that concept is Jacobsen's rubbish?
V

Another necro - I have a theory on how the "Horten Rocket Wing" came to be. Note that I have no contextual history here, only a general knowledge of their recorded works:

1. It is true that they worked on the Parabel flying wing glider, and that it was never flown. I believe its fate was brought about by water damage, but my memory is questionable here.
2. The general shape and design of the fighter actually resembles something else which genuinely does look out of this world, and did in fact fly: the Horten XIIIa: 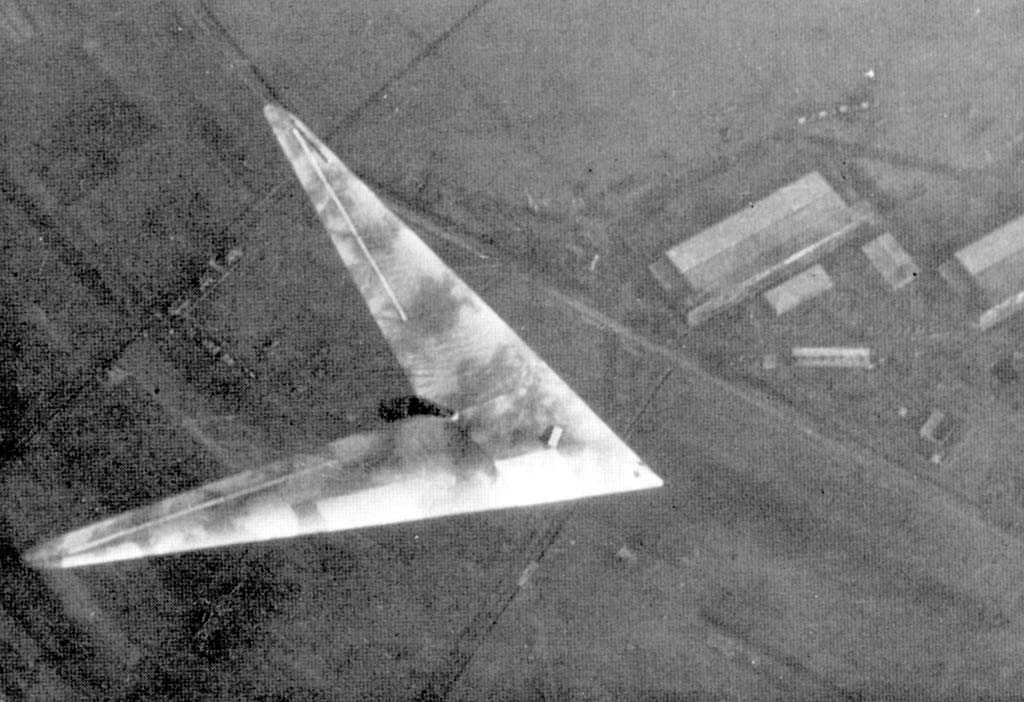 Therefore, you potentially can put together a speculative design like that of the model in question if you're scratching at the air, if you will. Thank you for the sources on the document showing the rocket wing - I've passively wondered about that one before as well. Being a big Horten fan, it's important for me to be aware of these things.
E

Another great snippet of information! Was the investigation here in relation to the Kenneth Arnold sightings, which the media then dubbed as flying saucers?
E

Yes it was. Kenneth Arnold did not see circular aircraft. Of the group, most were shade-shaped like a shovel. One had a crescent shape with a triangular projection in the back middle. His drawing done for US Air Force investigators makes this clear. There was no reason for anyone to refer to these craft as saucers. There is photographic evidence of the spade-shaped aircraft. It was dubbed Project Y and was supposedly an original design from A.V. Roe Canada. I have no reason to believe that. There is also photographic evidence of another Horten Ho-IX in American custody. The Americans captured at least 5 airframes.
A 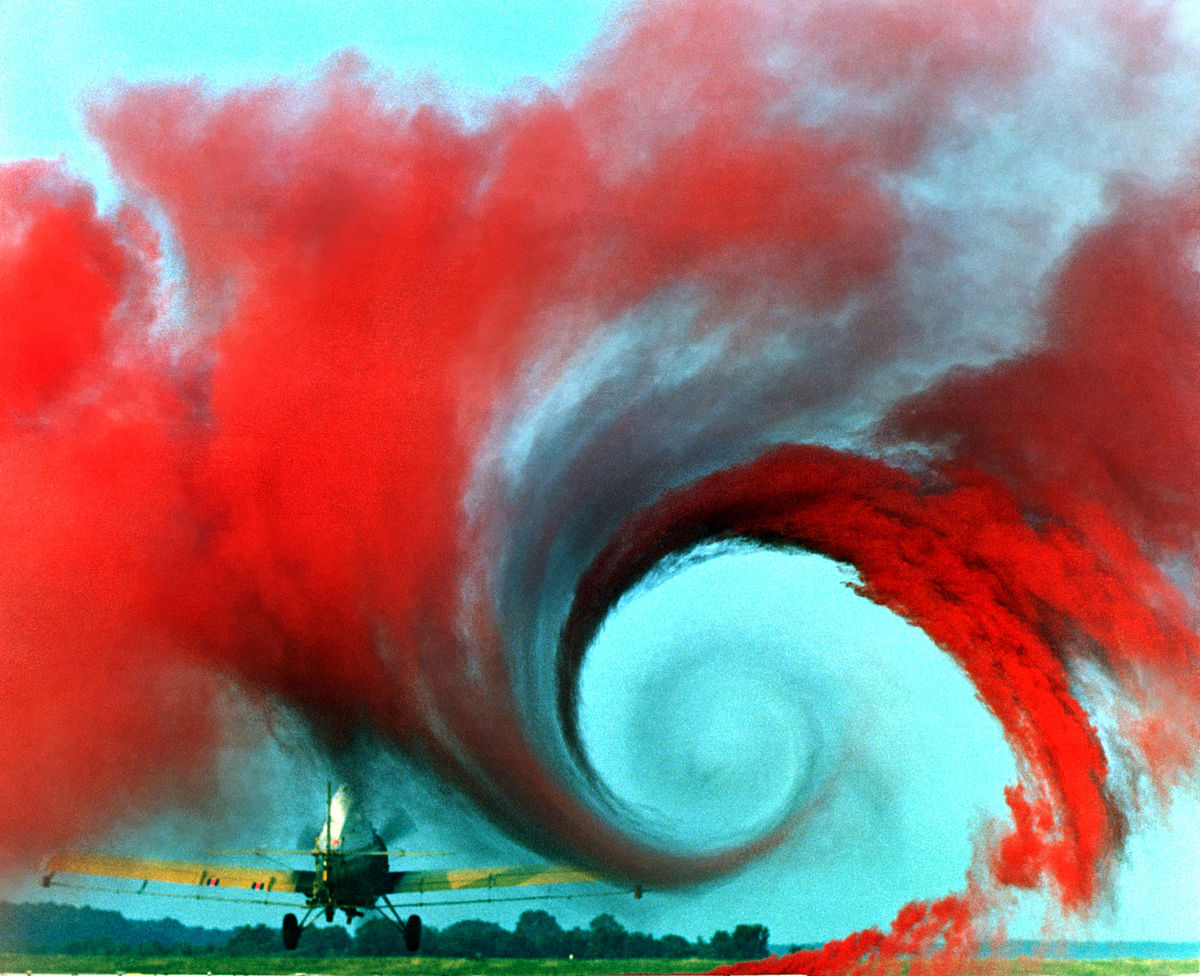 Well, inverse profiles will work IF there is suction, as is clearly shown in one of the pics. Inverse profile expand the airflow in the subsonic regime, preventing Boundary Layer separation. I am not saing whether this is fake or not, but the profile might not be a joke...
Last edited by a moderator: Jul 12, 2019
J

edwest said:
I have a reproduction of a CIC document but not to hand. The Americans were concerned that the Horten Parabola may have been the start of a circular wing aircraft. The British interrogated the Horten brothers on two occasions.
Click to expand...

On May 9, 1945 by the U.S. Strategic Air Forces Intelligence in Europe staff (USSTAF A-2), in May 19-21 by Kenneth Wilkinson of the Royal Aircraft Stablishment (RAE), in September-October 1945 by the RAE Tailless Advisory Committee and during March 1948 by the U.S. 970th Counter Intelligence Command.

In March 1945, the Horten family house in Bonn was inspected by the British-American Combined Objectives Sub-Committee (CIOS) intelligence team.

Firstly, when Reimar designed his twin-jet-powered flying wing fighter, the Ho 229, he knew perfectly well to put the engines close together, so as to allow for the single-engine-out condition. It is beyond belief that he would put them on the wing tips of a rocket plane. This concept is almost certainly a fake, although who knows, he might have doodled it once for other reasons; it is certainly not a serious proposal.

But the aerofoil section may or may not be as mad as some here have suggested.

The one drawn on the wing suggests that it bulged backwards. Such aerofoils were being investigated by both the Allies and Germany for their laminar-flow properties. Although the Allies settled on a bulge at approximately mid-position, types with the bulge further aft were indeed being considered.

But let us assume that it has been drawn backwards in blind ignorance. The forward half then has conventional camber, but its rear half has upwards or reflex camber. This is a standard trick used on many tailless aircraft, for example on the RAF 34 aerofoil used for the later Westland-Hill Pterodactyls. Its purpose is to stabilise the centre of pressure at varying angles of attack, so that the whole aerofoil, and hence also the tailless plane, is stable in pitch. RAF 34 proved to be unexpectedly efficient, and actually made an appearance on many a conventional design as well.
Reimar Horten was well aware of the trick and used it frequently. On at least some of his designs he used it only on the inner wing sections, and thinned the outer sections down to a conventional or symmetrical section - along with significant washout (downward angle of attack) to delay the stall.