Unbuilt variants of the Cessna T-37/A-37

Description: Four seat light transport similiar in appearance/concept to the Morane Saulnier MS 760. Large clamshelll canopy over the two by two seating in the nose section. 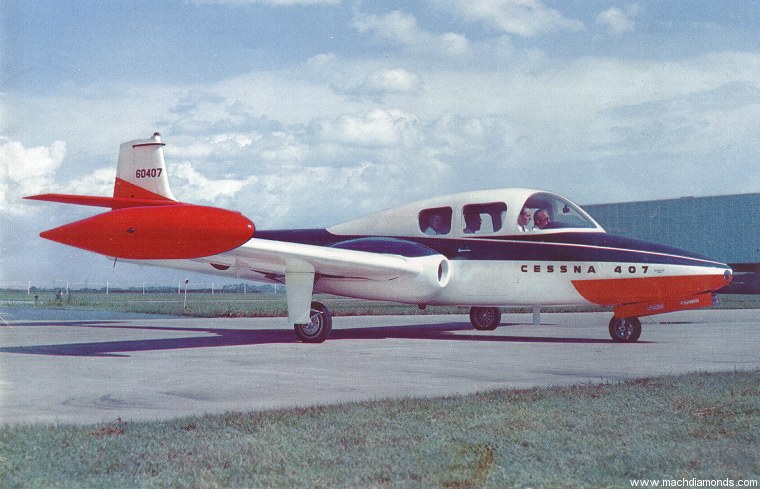 Description: Four place civilian light jet derived from the Cessna 405 design. Some references seem to interchange the 405 and 407 designations. More information on the Cessna 407 here: http://www.machdiamonds.com/cessna407.html

Description: Designed to meet the TNT requirement for the US Navy (for which eventually the North American T-2 Buckeye got selected), Cessna proposed a tandem two seat variant based on the T-37.
E

Description: Four place civilian light jet derived from the Cessna 405 design. Some references seem to interchange the 405 and 407 designations. More information on the Cessna 407 here: http://www.machdiamonds.com/cessna407.html
Click to expand...

And the six-seat derivative, the Model 407A.

Cessna AT-37E/STOL and other strike variants

Description: Based upon the TNT variant of the T-37, Cessna proposed several different models as enhanced strike variants. One version incorporated wingtip lift pods. The AT-37E/STOL incorporated the tandem cockpit, larger engines, bigger flaps, and thrust reversers. The A-37D design was even more strike optimized with a single seat cockpit based on the TNT design, more powerful engines, and a centerline gun pod similar to what the RAF Hawks used.

VTOL trainer based on TNT fuselage (USN and USAF versions)

Naval Instructional Trainer derivative from A-37

No description about type engine on Squadron/Signal

this variant is awesome!, why the pic is identified as Bell?. It was a Bell-Cessna project?
Can you add more info?

Some of my collection of photos are poorly referenced, and I know little of this project, other than Bell was behind the conversion.

Photo does have a web site - bottom right hand corner - www.VSTOL.org which is I suggest you google as a start.

pometablava said:
this variant is awesome!, why the pic is identified as Bell?. It was a Bell-Cessna project?
Click to expand...

Bell apparently fancied the Cessna T-37 as a basis for their projected VTOL projects... as evidenced in the unbuilt X-14C...

I've found some more info on the T-48.
It was to be a T-37B with structural strengthening, new tail, pressurised cockpit and to be powered with two 1,330lb Garrett F109-GA-100 turbofans. It was shelved in favour of the T-37 SLEP with new canopy, tailplane skins, dorsal fin mounts and new front wing spar carry-through structure and upgraded spars.
P

Very interesting and adds to the perspective of the artist impression you also posted!!

A few more pictures from squadron/signal publications Aircraft Number 114 “A-37/T-37 Dragonfly in action” by Terry Love. Certainly not ALL the pictures of T-37 spin offs in this great little monogram. 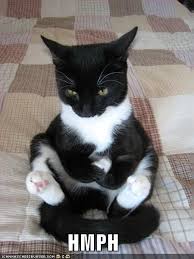 Dear Boys and Girls, here is an article in French about the Cessna 407 light executive/liaison jet "project" and its mock-up......

Hy all,
I found in a box three pics (unfortunately without any date or note written on the back) that I vaguely remember as depicting some Cessna projects dating back to around 1970.
One is surely a Cessna Model 318/T-37 modified from side by side to tandem seating to answer a Navy requirement (perhaps a contender of the Beech T-34C Turbo-Mentor? The timeframe could be the same...).
The second, and weirdest of all, is a V/STOL derivative of the previous airframe, but with USAF markings: perhaps Cessna was answering a requirement for a V/STOL trainer?
The last is a light attack aircraft on the same line of the AT-37D/A-37B Dragonfly but with some redesign, an underfuselage gunpod (perhaps for a 20-mm M61 Vulcan) and more robust warload: could it be a proposal for some iteration of the AX contest?
Nico

I have the cutaway drawing this project in free interpretaton...! for interesting