Design work on the Tu-260, also known as Aircraft 230, began in 1983 with Yu. A. Fazylov as project leader, and A. A. Tupolev and A. L. Pukhov as general managers. Draft design of the aircraft was completed in 1985. The Tu-260 was to be a tailless aircraft with delta wing and four turbojet engines.

Work on a Tu-160 successor began already in the early 1980s, when the bomber was still in the flight test phase. Tupolev produced two designs with different cruise speeds. Tu-260 (Aircraft 230) was designed for Mach 4 and a range of 10,000 km. The Tu-360 was much more ambitious: it was to carry a 10,000 kg offensive load to a distance of 15,000 km at a speed of Mach 6. The design team was led by V. A. Andreyev, who was in charge of aircraft designs powered by natural gas and liquid hydrogen at Tupolev. The Tu-360 was to be powered by six variable-cycle turboramjet engines fuelled with liquid hydrogen. Armament was to be carried in two weapon bays located in the wingroots. According to the draft design, the range requirement could not be achieved, maximum range at Mach 6 being 9,000-10,000 km.

Development of the Tu-360 was closely connected to the Tu-2000 single-stage aerospace plane similar to the American NASP. The prototype Tu-2000A was planned to test technologies for both vehicles, but only some construction work had been carried out before funding for the project stopped in 1992.

Note that the attached model picture seems to feature a different configuration from the three-view with two separate engine pods.

Since pictures of the Tu-360 are few and far between, here are a few "poor man's GCIs".

Ready for takeoff on a cold Siberian morning:

Taking off from Kazan:

Despite I can't read Russian Language It was impossible to resist my desire to own a copy of Bastion Russian Bomber Encyclopedia . The contents had to be fabulous but I enjoy the pics.
On Vol 1 pg 191 there are a couple of drawings depicting advanced bombers. One of it is similar to the "conceptual ATB" apeared in early 80's in the press (which by unconfirmed sources could be based on authentic studies carried by Northrop) and the other it's a 6 engined aircraft.

Can anyone identify this aircraft?. It is any relationship with the Tu-260 program?

The section you refer to is basically "unconfirmed" stuff.

The two illustrations come from an article in "Техника молодежи" ("Technology - Youth?") No.3 1994 "Thus, it was called “Aurora”" and depict, as far as I can understand, possible "Soviet Stealth bomber" configurations. I doubt it is more than speculation.

The following page of the book has a picture of a possible configuration of the Tupolev subsonic stealth bomber, based on the Tu-404 airliner project, and said to use NK-321V engines.

If you have any other areas of the book to query, I have it all scanned and can machine translate individual pages.

Thank you very much Overscan for your help and for the offer.

I would like to give my help too for translations from Spanish, French and Italian to English to everyone in the forum.

That is seems to be in-firm placard of Tupolev SSTO craft, from V.G. Rigmant's 'Aircrafts of Tupolev OKB' (c) 2001 Rusavia

Interesting find. Looks like the Tu-2000 as typically depicted with a Space Shuttle nose. Perhaps this is an earlier concept?
Anyway, I think the Tu-2000 / VKS project deserves its own thread.

Model of Tupolev Tu-360 from the USSR-Russian Aviation and Space Collectibles web site.

Was there ever a specific weapon system named for the 360? Hard to imagine plain old iron dumb bombs "dropping" up from those wing root weapon bays.

One of the (few) neat things about a Mach 6 platform is the potential stand-off range one can get with unpowered guided munitions (ie. high-speed JSOW equivalents). This increases the warhead weight per kg of warload (effectively transferring some of the weapon system's propulsion from the weapon load to the launch platform). At those speeds, standard defensive systems have much smaller zones of no escape - so you can get a bit closer too.

However, supersonic munitions produce much higher drag (so the efficiency is worse than sub-sonic warheads) and the heat signature of the launch platform makes it easy to design higher speed surface-to-air missiles to counter the reduced ZNE). So, it has a limited attraction. However, it would be really interesting to see if any high-speed guided bombs were planned for such platforms.
S

Desktop model of the Aircraft "230" hypersonic long-range strike aircraft of the 1980s:

Are there any views of the rear of the models/images showing the engine exhaust arrangement?

And what is the significance of the blue circle on the undersurface of the model? Any ideas? I realise it's purely speculative but obviously that marking was intended to mean something...

The Tu-144 based bomber stories date mostly to the 1970s and are most likely based on knowledge of actual Tu-144 bomber projects or, possibly, the early Tu-160 configuration.

In the early 1970s, Tupolev was developing the Tu-144R intended to carry and air-launch up to three solid-fueled ICBMs. The launch was to be performed from within Soviet air space, with the aircraft accelerating to its maximum speed before releasing the missiles. The original design was based on the Tu-144S, but later changed to be derived from the Tu-144D. Another version of the design was to carry air-launched long-range cruise missiles similar to the Kh-55. The study of this version envisioned the use of liquid hydrogen for the afterburners.

In the late 1970s Tupolev contemplated the development of a long-range heavy interceptor (DP-2) based on the Tu-144D also able to escort bombers on long-range missions. Later this project evolved into an aircraft for electronic countermeasures (ECM) to suppress enemy radars and facilitate bomber's penetration through enemy air defenses (Tu-144PP). In the early 1980s this functionality was supplanted with theatre and strategic reconnaissance (Tu-144PR).

The dimmer civil prospects for Tu-144 were becoming, the more Tupolev tried to "sell" the aircraft to the military. One of the last attempts to sell a military version of the Tu-144 was the Tu-144MR, a project for a long-range reconnaissance aircraft for the Soviet Navy intended to provide targeting information to the Navy's ships and submarines on sea and oceanic theaters of operations. Another proposed navy version was to have a strike capability (two Kh-45 air-to-surface cruise missiles), along with a reconnaissance function.
Click to expand...

I remember seeing mention of a Tu-144 bomber/cruise missile carrier in several issues of AW&ST in the early - mid '80s. I also recall seeing it mentioned in the '70s as well. Also, is the 230 hypersonic or only Mach 4?

260 and 360 photos are BS from Panchenko model shop.
last one should represent advanced Soviet bomber project (silhouette is made from Paralay's rough drawings based on TsAGI WT model).

Pictures are from poorly written article where author has gathered all the myths of advanced Soviet and Russian projects, mixing mostly BS with bits of real info available from other sources years ago, even without proper attribution.
S

flateric said:
260 and 360 photos are BS from Panchenko model shop.
Click to expand...

Is this to say that these were not actual Tupolev designs, or just that you think the models are of rubbish quality?

thank you my dear Flateric for your explanation.

Skyblazer said:
Is this to say that these were not actual Tupolev designs, or just that you think the models are of rubbish quality?
Click to expand... 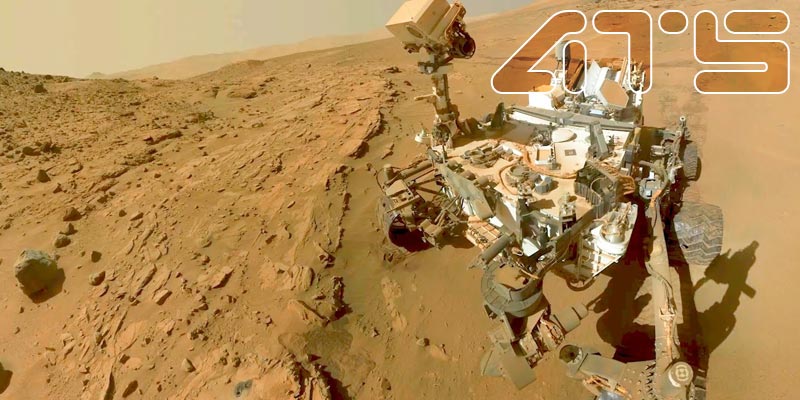 "When the T-4MS was declared the winner Tupolev, who were selected as the OKB that would see the new bomber through to production, recieved all the design data from the Myasischev M-18 as well as the Sukhoi design. Tupolev refused to continue with the T-4MS, as you say, but the Tu-160 was in fact based on the Myasischev M-18, not their own Tu-144 derived proposals, which Tupolev continued to refine right up to the 1980's as a separate venture, one of the last versions I am aware of in this line of development being the Tu-230 of 1983. This was supposed to be capable of Mach 4 and be the replacement for the Blackjack beyond the year 2000 (see pic)."

This Tu-360 model is little different from well known three side view drawing.

"Tu-360
In the 80s, design work was carried out at the Tupolev Design Bureau on the topic of the 360 hypersonic intercontinental strike aircraft, designed for a cruising speed corresponding to M = 6.
V.A. Andreev, who was involved in the development of aircraft projects with power plants operating on LNG and liquid hydrogen, was appointed as the head of the project. The developers were tasked with working out the possibility of creating an aircraft capable of providing a flight range of 15,000 km at a speed corresponding to M = 6 with a combat load of 10,000 kg. The layout of the aircraft project was close to the project "230" and differed from it in size, weight and power plant.
According to the draft design, the power plant of the aircraft was to consist of 6 combined turbojet / ramjet engines; cruising fuel is liquid hydrogen.
The estimated specific fuel consumption of the ramjet engine in cruising mode was 1.04 kg / kgf. For booster turbojet engines, it was supposed to use kerosene.
The selected aerodynamic layout made it possible to obtain the calculated quality values of 5.2 - 5.5. The armament was housed in two large fuselage compartments. The takeoff weight of the aircraft was about 350,000 kg. According to OKB estimates, at a cruising flight speed corresponding to M = 6, the flight range was 8000 km.
Probably in the West, this project was known as the Tu-2000B.

There were six engines in two packs under wings. Drawing and amateur model based on it are completely wrong.

astronautix.com
"Tu-2000
Russian winged orbital launch vehicle. This Soviet equivalent to the US X-30 single-stage-to-orbit scramjet aerospaceplane began development in1986.
Three versions were planned:
(1) A Mach 6 test vehicle, under construction at cancellation of the program in 1992. (Tu-2000A)
The Tu-2000A was to be an experimental design to test the many advanced technologies required.
It would have been 55 to 60 m long, have a 14 m wingspan, and a takeoff mass of 70 to 90 metric tons.
It would have only been capable of Mach 6.
Before work was stopped in 1992, some development work was completed: a wing torque box of nickel alloy had been built, as well as fuselage elements, cryogenic fuel tanks, and composite fuel lines.
The Tu-2000A would have used a variable cycle turboramjet engine using methane or hydrogen fuel.

(3) A single-stage-to-orbit launch vehicle."
"However, to increase efficiency and increase the fuel stock, a variant with a combined power plant of a turbojet engine, ramjet engine, and a liquid rocket engine was soon adopted, which became the prototype of the Tu-2000.

The aircraft was designed as a tailless aircraft, and had an engine and triangular wing low extension located under fuselage. The core of the design was the power plant, which included:
Wikipedia
Last edited: Mar 27, 2021

What are these drawings?

blackkite said:
What are these drawings?
Click to expand...

Damn. Once more - Tu-360 is not "Tu-2000B"
Is it too hard to notice differences starting from drawings and ending with performance data?
Don't start hoax from a phrase from an old site that "possibly, Tu-360 was known on the West as Tu-2000B". This is just plain BS

Thanks a lot flateric-san. It's a very valuable information for me.
According to OKB TUPOLEV, this model is the Tu-2000 aerospaceplane (page 328). Apparently strange explanation.