Do you hav einfo regarding dresden conception, I got some on the emdem thank to the book the last cruise (page 5) but nothing on the dresden beside that the turbine engine was suppose to be aexeprimentation,I also found a drawing showing 12 10,5cm gun but i'm dubious
S

founded the drawing,what do you guy think? 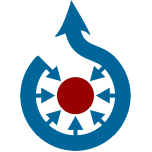 It is a mistake on the label, obviously whoever made the image put 12 instead of 10 in error. The image clearly only shows ten 10.5cm guns (pairs on forecastle, just aft of the bridge, amidships, by the mainmast and on the quarterdeck).

Both ships had Parsons turbines and 3-cyl VTE engines but Dresden had a slightly different arrangement to her engines rooms in having a 2 + 2 layout. Emden (and the previous Bremen class) had 1 + 1. Both had four boiler rooms. So Dresden had a longitudinal bulkhead separate both halves of her turbine and VTE rooms. This layout was then adopted for the following Kolbergs (which of course had a second set of turbines replacing the VTE engines) and all subsequent Great War-era cruisers except for Brummer and Bremse.
I guess the change was done for improved survivability against flooding to ensure one half of the powerplant would continue to function - of course as the RN found out this could be fatal in some circumstances and could encourage the ship to capsize.
S