An attempt from 1937, the Riout 102T "Alérion", not succesful, but still existing
today at the musée régional de l'air d'Angers:
(Drawings from Aviation Francais Magazine N°7, photo from http://www.musee-aviation-angers.fr)

I know that this unsuccessful French ornithopter of 1937 gets a brief mention elsewhere on the forum (http://www.secretprojects.co.uk/forum/index.php/topic,3652.0.html), but the Gérin V-6E Varivol, in the Angers museum, having popped up here today, it seemed opportune to mention the Riout Alérion, which stands alongside it there. It progressed as far as wind tunnel tests but there its wings proved insufficiently robust and broke and, presumably, the project was not pursued further. Below is a photograph of the Alérion, taken at Angers in 2010, showing the bare fuselage frame. Does anyone know if that is all of it that is in the GPPA collection or whether they have the wings, possibly in the storage hangar there?

To save you looking elsewhere, below is a photograph of the Alérion with its wings in place.

Here's a quite recent photograph of the Alerion, which is interesting in that it is 'sans tissu' and shows its internal structure.

This is what we already have on the forum:

Maybe the point has been reached at which the disparate posts concerning this ornithopter should be brought together in the thread specific to the Alérion?

Thanks to all of you ! now I know this plane!
THANKS AGAIN
paul

Thank you, sir. You're a gent!

That's my job !
The Alérion is not a project, but a one-off prototype, well documented and
even still existing today, so it's ok to give it a thread on its own. 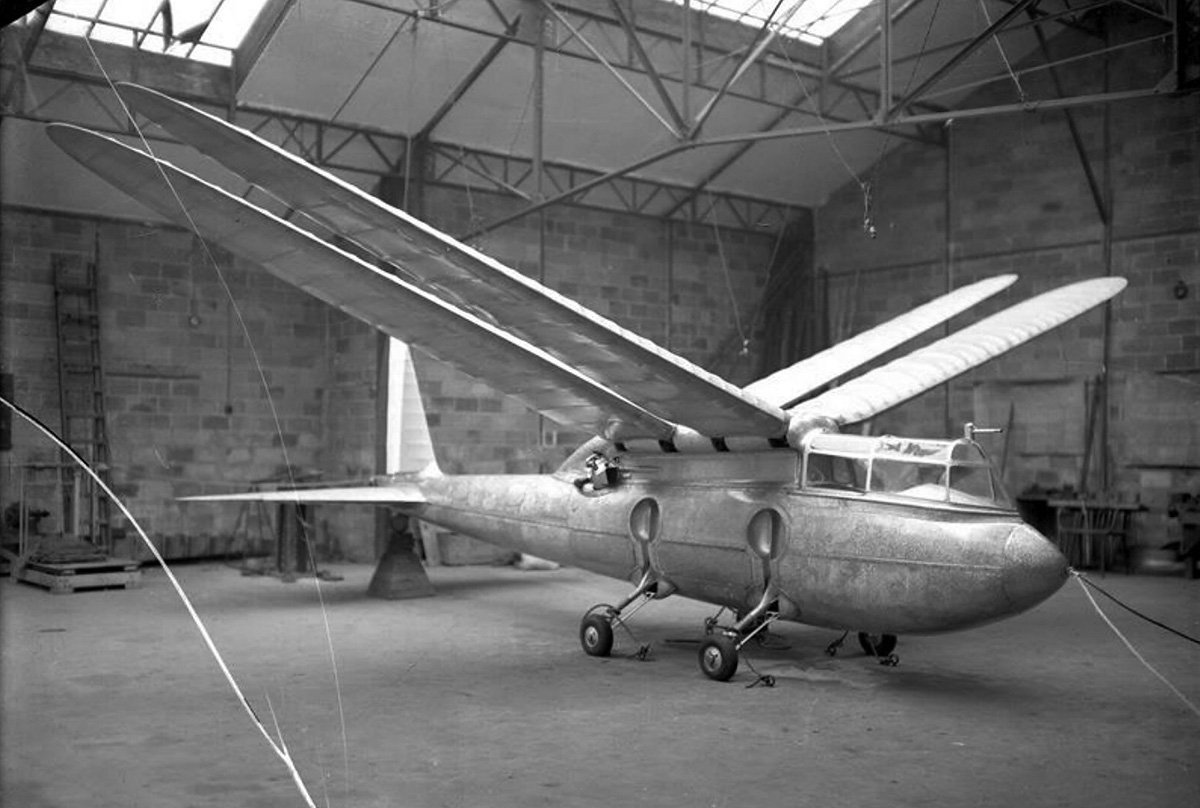