we know very well the Republic XP-47 aircraft drawing,but from NASA;
I found two drawings,Model A and Model B.

are these wind tunnel models? I see no carb and oil cooler inlets.
L

Air intake for the carburettor via a scoop above in the
engine cowling.Later drawings showing cooling air intakes
in the wingroots.
S

are these wind tunnel models? I see no carb and oil cooler inlets.
Click to expand...

From the NASA CRgis site:

Some remarkable images, including, apparently, an annular radiator installation.

Having looked the photos over, I'm struck by the comprehensiveness of the Republic/NACA investigation. They tried out every variation they could think of on radiator and carburetor scoops. Interestingly, for all the variants and refits, there seems to be photos in this set of the "A" type P-47 only. The "B" type is seen in one poorly-reproduced photo in the document that Hesham kicked this thread off with, so there was a mockup of it as well. I screengrabbed a photo from the PDF.

I suppose I should point out, just in case anyone's scratching their heads, that Republic's designation of these designs as "A" and "B" has nothing to do with the eventual P-47B Thunderbolt.

Hesham's drawings are probably the initial Republic AP-10
designs which later bore the designation XP-47 and XP-47A
and of which only mockup's were constructed.

In 1939, Republic Aviation designed the AP-4 demonstrator powered by a Pratt & Whitney R-1830 radial engine with a belly-mounted turbocharger. While the resulting P-43 Lancer was in limited production, Republic had been working on an improved P-44 Rocket with a more powerful engine, as well as on a fighter designated the AP-10. The latter was a lightweight aircraft powered by the Allison V-1710 liquid-cooled V-12 engine and armed with eight .50 in (12.7 mm) M2 Browning machine guns. The United States Army Air Corps (USAAC) backed the project and gave it the designation XP-47.
As the war in Europe escalated in spring 1940, Republic and the USAAC concluded that the XP-44 and the XP-47 were inferior to the German fighters. Republic unsuccessfully attempted to improve the design, proposing the XP-47A. Alexander Kartveli subsequently came up with an all-new and much larger fighter which was offered to the USAAC in June 1940. The Air Corps ordered a prototype in September, to be designated the XP-47B. The XP-47A, which had almost nothing in common with the new design, was abandoned.
Click to expand...

Strange that on the 3 views shown by Hesham the
belly cooling airscoop of the mock up is not visible ..

lark said:
Strange that on the 3 views shown by Hesham the
belly cooling airscoop of the mock up is not visible ..
Click to expand...

The absence of any obvious radiator scoop on the 3-views may indicate that Republic planned to select its final placement/configuration after empirical testing at Langley. As the photos indicate, they tried several intake and exhaust locations and shapes, including the belly scoop.

Here's a P-47N skeleton prior to dorsal fin extension. -SP

from the American Fighter since 1917,here is some Republic
P-47 variants.

Hesham, what's the source for these two pages?

Clioman said:
Hesham, what's the source for these two pages?
Click to expand...

it's the book; Republic's P-47 Thunderbolt From Seversky to Victory 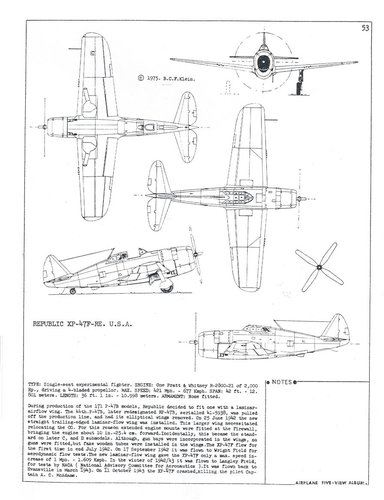 As you can see, there are substantial differences between the two drawings regarding wing planform and skin panels. Do you know which one is correct?
Lower one came from a russian site and has a longer chord in the wing root. Flaps and ailerons are substantially bigger, also.
R

Ok, got one for everyone. I've seen a picture of a P-47 with what was labled as a "supersonic" propeller. It was a four-blade setup with "scimitar" shaped blades similar but larger diameter than the later Un-Ducted Fan high speed blades. Anyone have information or links to such a thing?

It was curtis wright experimenting with swept props. 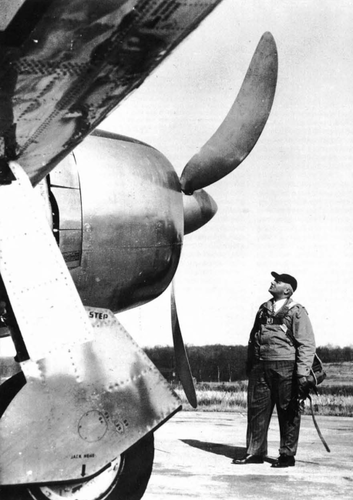 Here's the only NACA report I could find on the XP-47F, but there's doubtlessly at least a couple more. The document provides a planview drawing of the aircraft, though rough. Additionally, here are some photos of the aircraft that I was able to find crawling around online, plus one photo I cut from the provided document.

Thanks for sharing very rare images, Justo-san. Thunderbolt with sweep back wing and AP-47 are new for me!!
J

Has anyone more information on the P-47 "Double Twister"? An interesting contra-rotating prop design, though there seems to be only one known image of it. Sadly the vertical stabilizer is obscured so I can't confirm the tail number, but "15942" seems to check out based on what little I've gleamed from around the corners of the internet. Using Jeremy K.'s serial number search (http://users.rcn.com/jeremy.k/serialSearch.html), it gives a P-47B, though stated as having been written off in early 1944 at Clymer, PA.
This image seems to appear in Warren Bodie's 1995 "Republic's P-47 Thunderbolt: From Seversky to Victory" along with a little coverage of the type. I'm assuming that means it's copyrighted, and so sadly I can't post it here.
J 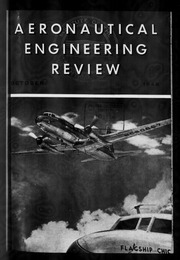