For what it's worth, what appears to read "S.C.J.M" is actually SCIM. This isn't a model name, it's the abbreviation for the Société Générale des Constructions Industrielles et Mécaniques (as Gabriel Borel's firm was named after its re-establishment in 1922).

The acronym should read SGCIM but, for some reason, the "Générale" usually got dropped. Other company names were Societe Anonyme des Aeroplanes Borel or plain Établissements Borel.

although I can ID more than about 20 types of aircraft for Borel,but that aircraft
may be the project of 1924 for two seat flying boat which design by the new
Borel company.
V

After the Wibault-Boccacio, now a Borel-Boccacio... Never heard that name before! Perhaps the engineer/designer who worked on both airplanes?

Here is a Borel-Odier twin-engine seaplane. Another type that is totally unknown to me, though Borel is probably the same as in the Borel-Boccacio.

from "le Fana " and "aviation magazine

Here's another view of a Borel biplane (probably also the Type 3000):

Stargazer2006 said:
And after the Wibault-Boccacio, now a Borel-Boccacio... Never heard that name before! Perhaps the engineer/designer who worked on both airplanes?
Click to expand...

You are right : the designer of the aircraft was Boccaccio . E is for Entwiklung (Taschenbuch der Luftflotten 1924 and 1926)

Stargazer2006 said:
Here is a Borel-Odier twin-engine seaplane. Another type that is totally unknown to me, though Borel is probably the same as in the Borel-Boccacio.
Click to expand...


after Borel built a small group of aircraft,he started his sequence by Bo.1 and
almost ended by Bo.19,before opened the new firm; SCIM.

Stargazer2006 said:
After the Wibault-Boccacio, now a Borel-Boccacio... Never heard that name before! Perhaps the engineer/designer who worked on both airplanes?
Click to expand...

That should read Boccaccio not Boccacio. Paul Boccaccio trained with Michel Wibault in 1917 but had already been working on aircraft designs.

There is a (to me) cryptic comment in L'Aéronautique, 2 Jul 1923 which reads as follows:

So a 1916 project for a twin-engined bomber. I presume that "étages" refers to compressor stages. But what of "accouplés"? Am I right in thinking that the two Hispano engines were to be 'coupled' in some way?

Thanks a lot for the information, folks!

I believe this should read "étagés", as in "placed one above the other." As for "accouplés", it can mean "coupled", "paired" or "connected." I'm suggesting this translation:

"These two aircraft were developed by Mr. Paul Boccaccio, a former student at the Ecole supérieure des Mines who studied, as early as 1916, a bomber with two staggered and coupled engines. He is currently studying an all-metal two-seat pursuit with a turbocharger."

Ooo, that sounds like an even more interesting arrangement! Thanks Stéphane
S

Hi,
From the Spanish magazine Aérea, Apr. 1924, here is a three-engine monoplane transport project by Borel.


the Borel or SCIM designed in 1922 a transport triplane project,but I haven't
no more Info about it ?.
Click to expand...


and Borel also designed a triplane transport in 1922,I hope to get its drawing.

In 1918,Borel had a uncompleted three-seat float seaplane,powered by two 400 hp
Liberty engines,maybe new design or developed from Borel-Odier floatplane,and had
an estimated speed of 150 km/h.
T

Thank you my dear Toura,

and in 1918,the French Navy issue a request for a large,multi-engine flying
boat compared to Britsih Felixstowe series,Borel submitted a three seat
design with two 75-mm cannon, and powered by three 400 hp Lorraine
or Liberty engines,remained a Project only.
Last edited: Dec 13, 2020

Borel was one of the very early aircraft designer
Some Borel Hydros were racing in the first contests and Italy operated some of them during the first world war
http://celticowboy.com/CMV%20Drwgs/Borel%20Hydroaeroplane%20Drwgr.JPG

ermeio said:
Borel was one of the very early aircraft designer
Some Borel Hydros were racing in the first contests and Italy operated some of them during the first world war
http://celticowboy.com/CMV%20Drwgs/Borel%20Hydroaeroplane%20Drwgr.JPG
Click to expand...

was that an airplane for Borel ?.

hesham said:
was that an airplane for Borel ?.

Here is the translating of the text,but I don't know if it was an aircraft,flying bomb or what,who can help? ;

c460 said:
From the Spanish magazine Aérea, Apr. 1924, here is a three-engine monoplane transport project by Borel.
Click to expand... 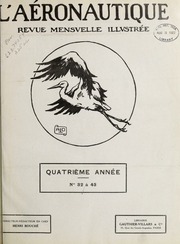 Type Gordon - Bennett: To participate in the Gordon-Bennett Cup
1920, Gabriel Borel and his collaborators imagined a machine
directly derived from the C2 type mentioned above. This machine
taking over the fuselage and the empennages of the hunter and associated
a biplane wing with a bearing surface reduced to 13 m2 in two planes
of 7.10m x 0O, 90m in one piece. As on the C2, only the wing
upper has a dihedral of 2 °.

Bearing the N ° 7, the Borel device was completed on the site of the
competition and he was ready just before the close of the test.
However the windshield was broken upon departure and it was
replaced by a piece of aluminum sheet which made the
poor visibility and explains the pilot's course errors Barault,
errors which did not allow classification of the apparatus. The
circuit was however achieved in an excellent time despite the
absence total initial focus of the camera.

hesham said:
was that an airplane for Borel ?.

Here is the translating of the text,but I don't know if it was an aircraft,flying bomb or what,who can help? ;

Borel exhibits a fast reconnaissance device, completely metallic skeleton,
300 hp engine with turbo-compressor Rateau which should allow him a
ceiling of 10,000 m.
Click to expand...

It was airplane for CAN/CAP 2;

Borel type CAN / CAP 2: Under the 1922/2 contract, SCIM produced
two copies of a combat and reconnaissance biplane equipped with a
Hispano 300 hp engine fitted with a Rateau turbocharger intended to
give it good performance in altitude. Exhibited at the 1922 Salon, the
device is a sesquiplan of duralumin structure and canvas.
The upper wing has a 2 ° dihedron while the two wings have a 4 °
deflection. From a theoretical ceiling of 10,000m, it would have
reached 248 km / h at 5,000m (calculated Performance).
The apparatus was without tomorrow. The armament included a pair
of rear turret machine guns and probably two synchronized forward
firing weapons. Lamblin radiators were installed between the legs of
the landing gear, attached to the bottom fuselage.

From TU 162,this Project was called T-10,and in total three Projects;

T-10 and T-12: In 1923 a project for a transport device for 30 passengers
was imagined. Called T-10, it was a monoplane equipped with 3 Lorraine
12 Da engines of 370 hp. A heavier model, called T-12, was also planned
in a hulled seaplane. These machines remained at the stage of the drawing board.

- The same is true of a two-seater hull monoplane Seaplane intended for
the transport of the post office imagined in 1924. It should have received
two Hispano-Suiza 8 Aa engines.