Quite something to see how small these were. Amazing they did so much with the footprint they had.
T

Michel Liébert varied books on the prototypes and unbuild Mirages shed some light about why the Mirage F1M53 never found its way onto French carriers. Basically the wings was a little too small and the M53 not powerful enough. The French Navy had very precise requirements, notably time to climb to 50 000 ft, patrolling 100 miles from the carrier, loaded with Magic or Super 530, those kinds of things. Well the basic F1M53 fell short of the OR. Would have needed a slightly larger wing or a M53P2 (9700 kgp of thrust, but not before the late 80's).
Still by 1971-73 it came an hairbreadth from entering service with the Aeronavale. Things went as far as the prototype making approaches and go-around (but no touchdowns, of course) on the Foch or Clemenceau.
What is really a shame is that the Iraqis managed to load an Atar Mirage F1 with two Exocets and a large drop tank - and got honorable performances out of it, in very high temperatures probably diminishing performances even further. Admittedly, this was no carrier ops by any mean, but makes one think about an Aeronavale F1... plus the Super Etendard that had an Atar without a reheat.

Thks for these infos.
I also remember reading that Fr Navy staff was very "US Navy" minded. In that i mean that what ever you presented them as a fighter , it wasn't good enough if it wasn't used by the US Navy. Problem with that is that it kept delaying the Crusader replacement...
Last edited: Aug 12, 2019
A

All this is a little sad, because (as I said many times since, what, 2006 ?) the Mirage F1E-M53 could have pulled a Rafale three decades before, in the sense of a versatile, multirole type for both Aeronavale and Armée de l'Air.

I once calculated it could have replaced everything but the kitchen sink - Etendard IV, Super Etendard, Crusader on one side, Mirage F1-Atar, Mirage V, Mirage IIIC/E, Jaguar, Mirage 2000 on the other (mixing obsolete, present, and future types, altogether).

One major combat aircraft for everyone but the Mirage IV role, there it was too short ranged.
Although a Mirage F-1B is relatively close from a 2000B/D/N... which replaced the Mirage IV in our universe. I'm left wondering if an ASMP would fit a Mirage F1M53; then again, even the Super Etendard carried one, and dissymetrically with that, with a fuel tank on the opposite side to balance it. Plus the 2000D delta wing was not optimal for low level flight, the F-1 might have a small advantage there, kind of miniature TSR-2.

What's more, while the Mirage F1 was made deliberately as small as possible because of its anemic Atar, it was actually a 0.8 scaled Mirage F3, itself a single-seat, smaller F2, both with the large TF306. Now imagine if the slightly larger F3 had gotten a M53P2 circa 1975-80... the right spot between a F1 and a Phantom, somewhat a Viggen in size and thrust. And better armed against the F-16 in the deal of the century, available right from 1971 with a turbofan.

Pretty fun when you think about it: had the F3 not been scrapped in 1967, it would have been pretty close from a F1M53 some years in advance. What surprised me when I red Liébert book was something subtle, not easy to grasp at first glance.

That in the 1967-70 era the M53 was NOT a successor to the TF306E, because the difference in thrust was too large - 8200 kgp for the early M53 against 10 000 kg+ for the TF306E. Obviously the Aeronavale and Armée de l'air badly needed the TF-306E huge thrust. Except that engine was far larger, heavier, expansive to procure...(Uncle Sam, meh) and also its reputation was abysmal, thanks to the F-111.
what is remarquable is that the difference in size and weight and thrust between M53 and TF306E was such, the engines were not interchangeable between aircraft. For example, the F3 with a M53 ? forget it. The TF306E had made the airframe too heavy for the diminutive M53.
In the end all the above is even more stupid when one realize that the M53P2 of the late 80's had a leap in thrust (9700 kgp) enough it could have matched a TF306E... but it was 15 years too late.
It says a lot about how the Atar monoculture damaged SNECMA, to the despair of Dassault...

It's odd how the Spey didn't figure in the early years of the F1 F2 F3....considering how it did figure in IV offerings and not just to the UK.
Perhaps if there had been a alternative from Bristol? SNECMA did work with them on the M45....
A

zen said:
It's odd how the Spey didn't figure in the early years of the F1 F2 F3....considering how it did figure in IV offerings and not just to the UK.
Perhaps if there had been a alternative from Bristol? SNECMA did work with them on the M45....
Click to expand...

According to Libéert, it WAS considered, as was the J79. The Mirage F1, since it was too small for the TF306E, got subvariants, not only with the M53, but also with the Spey and J79. They remained paper projects. The Spey was probably a far better engine than the TF306E, smaller, less expensive, more reliable - and finally, closer from the future M53.
SNECMA pre-M53 high power jet engines (1959-1974) is somewhat a lot of missed opportunities. Had the Medway (or Spey) been considered from 1958 to power the Mirage IVB (= France very own B-58 Hustler) things might have been vry different. It actually happened in the civilian world, with Concorde and the Olympus; would have made more sense.
1959: Mirage IVB with Medway, or 1964: Mirage IV* with Spey. Concorde cement cooperation, then from 1963 onwards the Mirage III-T, F2, F3, G, fly with the Spey. No need for the Mirage F1 in this case, France take a spey licence and derives the M53 out of it. 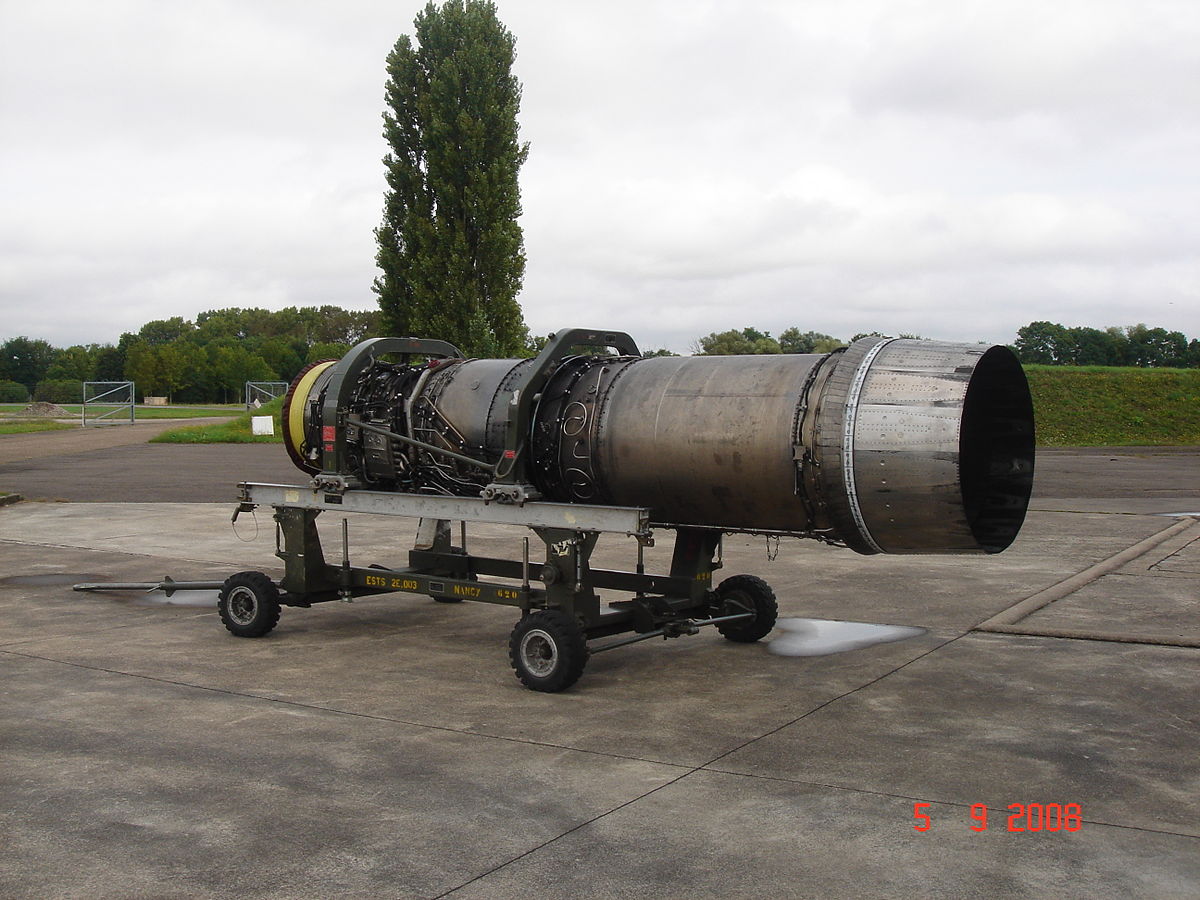 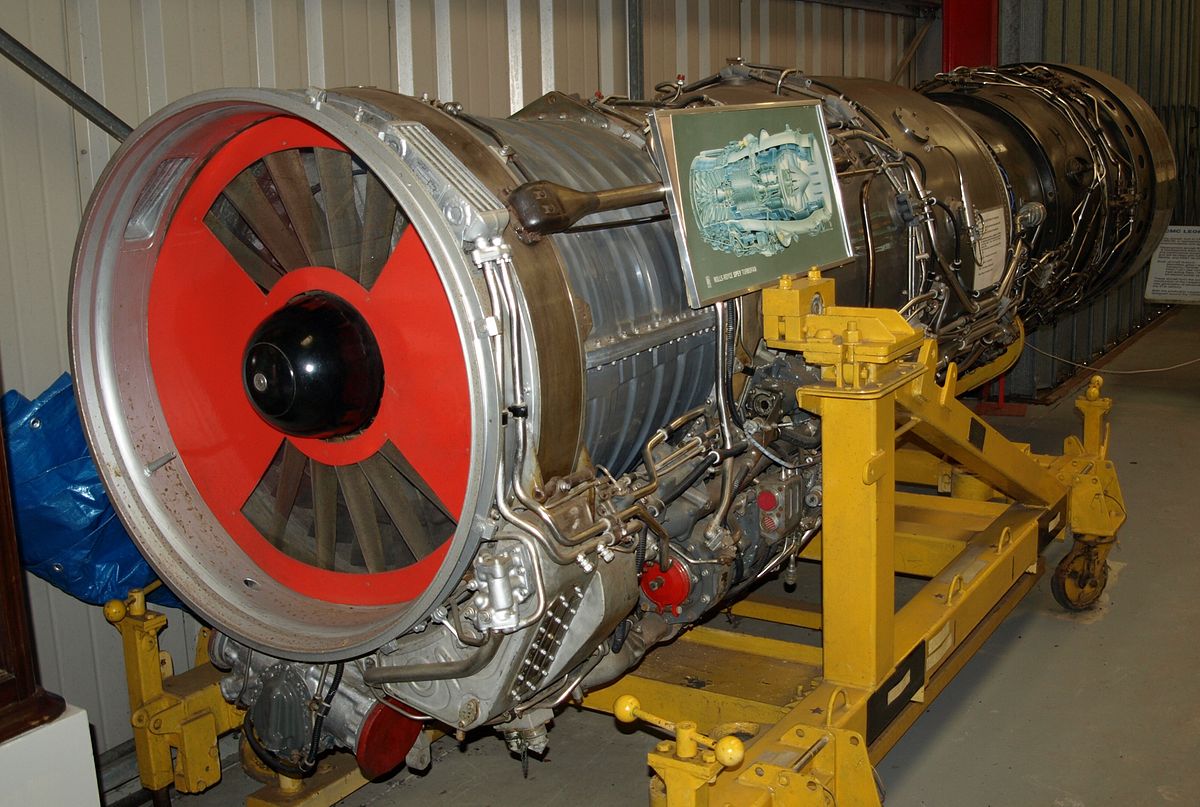 Good points I'd either forgotten or didn't know so thank you for the response!
The diameter of the M53 intrigues me, this is not far from RB.153 territory or indeed the earlier BE.30....
It's as if there is a strongly rational reason to get decent power engines of around 30 inches diameter. Something I've come to when pondering ideal aircraft for the RN.

However the earlier RB.153 rather suggests a technical limit of the times for turbofans.

I really do think the F1 is a far better MRI delivery system than the Jaguar and had politics been less idiotic, then some Franco-British F3 type system hits a sweet spot and could have swept up a lot of orders.
Though the times would likely prefer the Mirage G.
N

It's cool to know that a good number of Mirage F1s are close by at Fort Worth Alliance Airport with ATAC. I'm sure they'll be on display at the Alliance Air Show in a couple months.

Arguably my favorite French jet fighter. It strikes me as the quintessential jet fighter: pointy nose, small cockpit, proportioned intakes, solid wings, solid tail and elevators, one big nozzle at the back.
T

The Airborne Tactical Advantage Company has put the first of its 63 second-hand Mirage F-1s into the air for the first time.

Of 720 Mirage F1 build, 63+22 = 85 are now agressor aircraft. Which mean 12% of the fleet is now in the United States. Pretty fascinating when you think about it. Mirage F1, Draken, Tiger II, Kfir, Hunter, Skyhawk: hell of a private air force they created. Shame the Viggen could not be present at the party.

It is a topic made for technothriller books. USN / USMC agressor squadrons are already pretty cool (A-4 / F-5 / F-16 / F-15 in soviet livery and roundels !) but a private air force joining them with such exotic aircraft, is even better. Iron Eagle, here we go !

imagine, the sight of a pack of bomb-laden Hunters and Skyhawk with a close escort of F-5Es, Drakens and Cheetahs. That whole low-flying attack force is essentially cannon fodder of obsolete machines, sure. Yet lurking above are Mirage F1s and Kfirs at medium height with F-15s (in Su-27 camo, of course) flying cover at high altitude.

The whole "red" force described above is then attacked by "blue / friendly" F-16s, F-18s. Chaos and mayhem follow in the skies of Nevada.

You can hardly beat 25m$ for 80 planes. Fr président Macron should be urgently capped as the next CEO of Tati (French long time retail store).
A

Hmmm, I think employees of Whirlpool may strongly disagree with your statement.

TomcatViP said:
You can hardly beat 25m$ for 80 planes. Fr président Macron should be urgently capped as the next CEO of Tati (French long time retail store).
Click to expand...

I saw one of the Mirages back in November 2019 at Ft. Worth Alliance Airport. Loved seeing it and they now have one in a digital camo scheme. Hope to see more later this year.

Following on from the A4 French naval thread, I looked through this thread again on the topic of the F1M.
Was the plan to increase wing area, or have a blown wing/flaps system in place?
N

TomcatViP said:
You can hardly beat 25m$ for 80 planes. Fr président Macron should be urgently capped as the next CEO of Tati (French long time retail store).
Click to expand...

I saw one of the Mirages back in November 2019 at Ft. Worth Alliance Airport. Loved seeing it and they now have one in a digital camo scheme. Hope to see more later this year.

Makes me wish I had continued on with my A&P instead of being a straight up welder. Don't live too far from Alliance.
A

kaiserbill said:
Following on from the A4 French naval thread, I looked through this thread again on the topic of the F1M.
Was the plan to increase wing area, or have a blown wing/flaps system in place?
Click to expand...

Larger win area, just like the Jaguar M - same year, 1971. Problem was, the aéronavale very limited budget allocated to renew the attack wing of the fast-jet force, would never allow for it.
There are good reasons why the Super Etendard option was picked up above much better aircraft: Dassault knew how to get the lowest possible price, and deliver accordingly (and fast).