I think, it once was on http://www.mapica.org/, that I've found the following
picture, that, apart from the well known types Broussard and Super Broussard
shows a drawing of an a/c (in the red ring), which seems to be smaller than the
Super Broussard and slightly bigger than the MH 350 light transport. Obviously
fitted with a rear loading ramp, it could have carried a car, but so far I couldn't
find any information. Anybody who knows more about this version,
which, that's for certain, strictly remained a project ?

Could it be a twin-boom cargo? ;D

Cool idea, but looking at the fin, I'm afraid not, because a twin-boom probably
would have twin fins of smaller size. Honestly, the longer I look at this picture,
I think I was wrong, saying this aircraft would have been smaller than the MH.250
Super Broussard. Perhaps it is a transport version of the MH.250 with a loading
ramp ?

The Max Holste MH-280 was a project to alternative powerplanet
to the Bastan as Lycoming T53 fitted with MH-260.

Sorry for reviving this old thread, but browsing through the Cuny book,
it just came to my mind, that the aircraft I asked for more than a year ago,
may be the MH.261, mentioned as contender for the "Avions de coopèration"
contest.
Beg your pardon for the lousy quality of the picture, it's just a blow-up from
the one posted below.
And as we now have a lot of members more, than at the end of 2006, maybe
one of them can shed new light on this theme ...

I think you're on to something there, Jens.

The drawing is hard to read but looks a lot like an MH 260 with a ramp.

From what I can make out, I'm guessing clamshell rear doors and a slightly shorter front fuselage to balance weight of the doors/ramp. The boom section of the rear fuselage has obviously been raised and the tail fin/fillet looks different as well.

Thank you, what puzzled me, was the impression, that it is shorter, than
the MH.260, but you may have found an explanation. I'll try to find other
examples for such a conversion.

In your image, the nose cone looks shorter as well. I've assumed that was from foreshortening. But perhaps the nose profile was more like the MH 350 than the MH 260?

I was thinking about the MH.350, too, but I think, this type would
have been too small for carrying a jeep. But you're right, the nose
really seems to be shorter, than that of the MH.260. Maybe the MH.250 ?

Jens, the MH 350 nose looks right but now I'm wondering about an MH 250 base. Based on your side views, the MH 250 nose looks less pointed (as compared with the MH 261). But the MH 250 fuselage length (fore and aft) and window type/positions (which were hard to 'read' on the original) look spot on.

So ... a revised drawing which basically puts the raised tail/clamshell doors onto an MN 350 fuselage but with Bastans instead of R-1340s. The vertical tail is a bit of a mishmash (the MH 350 tailcone is a better fit but the overall shape of the MH 260 tailfin looks closer).

Of course, it is also possible that I am mistaken on the engines altogether. They looked 'pointy' to me and I read that as turboprops. A simpler answer than my MH 250/'260 mélange is the engines are still radials (perhaps with spinners?).

You're probably right with the turbo-props, I think. I have no informations
about the competition for the light transport/"Avions de coopèration", other
than the Cuny book, but all contenders I know, are turbo-prop powered
(Br.945, HD.150, Super Communaute, Sipa 271, Potez 870, don't know the
Nord 3500 and the MS.915 ).
I think, we can rule out the MH.350 as the base for the shown aircraft, as long
as the vehicle, which is unloaded isn't just a motor bike. Fuselage width would
have been under 2 meters.

the Max Holse MH-270 projected as a version of MH-250
with turboprop engines.

Hello ,Jemiba
I'm sure you already know it :
I have a 3 views of the M.H 261 military version of the Super Broussard with 2xBastan-V ,but it looks bigger than the type your pic shows .

"Your type seems to be more related to the Broussard-Major "

Well, I had the same thoughts about this type, too, but some measurement
on the 3-view of the MH.350 shows, that the fuselage width would have been
about 1.5 m (about 5 ft ), so loading a jeep probably wasn't realistic, only
loading a motorbike ...

From Les Ailes April 1960, the Max Holste contender for the
"programme d'avion STOL de coopération", the military version
of the MH.260:

This is part of a larger article about the contenders for a 1960 Armée de l'Air competition for an army co-operation light transport and the other contenders were:-

In "L'Air et l'espace", February 1962, I've found a proposal by Nord Aviation to fit a RR RB 162 liftengine to each
nacelle for the Bastan engines, probably improving STOL performance dramatically, although no data was given
in the article.

If you detect any similarity between this design and the early Embraer Banderainte, there is a logical reason. Consulting engineer on the project was...Frenchman Max Holste! Here is Banderainte prototype no. 4: 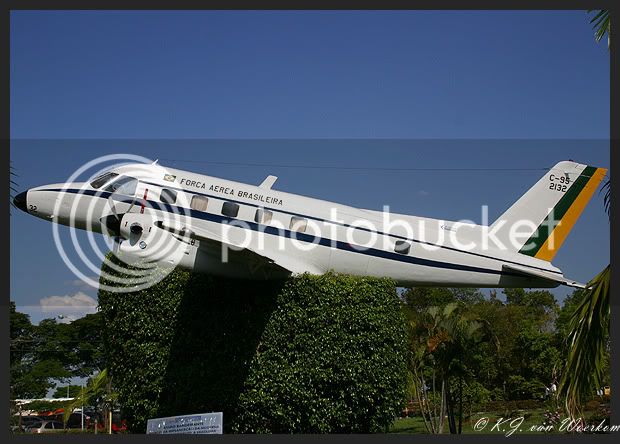 Jemiba said:
From Les Ailes April 1960, the Max Holste contender for the
"programme d'avion STOL de coopération", the military version
of the MH.260:
Click to expand...


hesham said:
the Max Holse MH-270 projected as a version of MH-250
with turboprop engines.
Click to expand...

Interesting, can you tell me the source for the MH.270 designation? It does not appear in the book Les avions Max Holste.
The MH.250 with turboprops was really built as the MH.260.


hesham said:
The Max Holste MH-280 was a project to alternative powerplanet
to the Bastan as Lycoming T53 fitted with MH-260.
Click to expand...

Same question, the book mentions a project of MH.260 with T-53 but does not give the name, can you tell me the source for this name?

You are right my dear Skyblazer,

The MH.260 was a derivative with turboprop engines. The single prototype had Turbomeca Bastan III and later Bastan IV.
Variants with other turboprop engines were planned: MH.270 with Bristol Siddeley P.182 and MH.280 with Lycoming T-53:
http://www.flightglobal.com/pdfarchive/view/1959/1959%20-%200880.html?search=MH.270

The MH.262 was a pressurized derivative. Its development was taken over by Nord Aviation, and it was built under a modified form as the N.262.

The MH.261 was a military version of the MH.260. Various configurations were studied: with two half-doors, with pivoting rear fuselage or with an articulated cargo ramp. A partial mock-up with cargo ramp was built by modifying the mock-up for the civilian model.

The the question I asked here http://www.secretprojects.co.uk/forum/index.php/topic,778.msg5951.html#msg5951
is answered, I think !
C

The version with RB-162 auxiliary engines was developed by Nord-Aviation in late 1960 and called MH.261 B.
Source: Les avions Max Holste by Delarue.
Adrien
C

Comparison of MH.262 and Nord 262, from Les avions Max Holste by Delarue.

Dear Colleagues; I hope that my question is appropriate in this topic: Would anybody know, why Max Holste went to Brasil and joined EMBRAER?

What I found in "Die Flugzeuge von Embraer und anderer lateinamerikanischer Flugzeugbauer
ab 1945" is, that Max Holste was on a journey through South America and was invited by Ozires
Silva, then leader of the design team of the IPD and tasked with the develpment of a successor to
the Beech 18, still in service with the FAB. After nightlong discussions about this project, Holste agreed
to join this highly motivated design team.
K

Thanks, Jemiba. I have seen this statement as well when I was browsing the net for information today. At another place it was written that he returned to France in his late years after he had emigrated to Brasil. That sounds as if Max Holste had left France (and his company) for good and leaves me with the question if he had lost all influnence/control on his own company in France in these days...

Avions Max Holste merged, or better was taken over by Cessna after running into financial
difficulties and later became Reims Aviation AFAIK a French subsidiary of Cessna, producing
Cessna aircraft only, until the company gained orders for production of aircraft components
by Dassault. Maynot have been an environment for an ambitioned designer ... :-\
K

A good point, the one with the "ambitioned engineer". Thank you.
C

Hi Kuno,
In the book by Jacques Delarue, who was a close associate of Max Holste, the reason is not given in detail. But it is clear that the hesitations about the configuration of the MH.250 / 260 / 262 (about the type of engines and the pressurized cabin), complicated by the negotiations with Nord Aviation and with the government, resulted in financial difficulties and disagreements among the officials of the Max Holste company.
On 18 May 1960, Cessna acquired 49 percent shares in the Max Holste company and started to press the designer to accept any agreement.
On 31 January 1961, Max Holste abandoned all the rights of the MH.260 design and derivatives to Nord Aviation, who made preseries examples of the MH.260 and developed the N.262. At about the same time, the designer was elaborating the MH.300 Broussard Major project with 390 hp engines. Cessna pressed for a different twin-engine aircraft with 260 hp powerplants taken from the Cessna 310, but Max Holste was reluctant and proposed the MH.350 instead. There was a project to build this one in Morocco.
Jacques Delarue only says that the Moroccan project was supported by Holste and Clostermann for "fundamentally different" reasons, but does not elaborate. Soon after, the two men clashed, and Max Holste had to resign at a shareholder meeting on 9 August 1961. He sold his shares in the company against the rights on the MH.350 design, and the company had to change name, becoming Reims Aviation.

After that, Max Holste directed a design team in Cagnes-sur-Mer, with some former employees, who worked on the MH.500 autogyro. In 1964, Max Holste went to Morocco, hoping to create an aircraft industry there building the MH.350. Delarue hints that people at Reims Aviation used their connections with Moroccan authorities to make this fail.

After that, he went to Brazil. It is said that he had former connections with South Africa and Brazil, and opted for the latter. His hope was to create an aircraft industry and build the MH.360 (derivative from the MH.350). He was received by Ozires Silva at the CTA at Sao José dos Campos, and started the study PAR-6504 that would become the EMB-100 Bandeirante.

Reading the book, it seems clear that Max Holste was very independent-minded, and was unhappy when someone else wanted to modify his own projects. When Embraer was created and started to build a design team to make modifications to the EMB-100, which would become the series production EMB-110, Max Holste left the company and worked as an independent consultant on other projects.

It obviously was a difficult time for designers like Max Holste, who probably still were used to
have more or less absolute power in their companies. But companies had to merge or just vanished.
And that other companies, often from the US fought hard to increase their market shares, more wealthy,
than most European ones and maybe even with political support, made matters not easier.
Another example may be W.E.W. Petter, who eventually left the aviation industry completely.
K

Merci & Dankeschoen for your both explanations.
It seems as if Max Holste was also not the "easiest" person.
S