@Runick @RocketJavelin @Caiella : welcome aboard guys.
Rocket, as far as I can tell defectors haven't walked the plank for some time here. But a little entertainment might help

@Caiella: amazing CV and thanks for the link! Welcome onboard.

@TomcatViP I still remember that ad on TV!!
M

Hello everyone, and greetings from Argentina!

I am a hobbyist and passionate about aeronautics from an early age. From the age of 7 I build and fly model airplanes, and from the age of 14 I learned to design some RC planes.

I have been following your forum for years, which I love! I have always been very struck by the "Lost Projects", or the unknown ones. So I also always liked the ¨What if ..? ¨

Well, I am also MODDER of various PC games and air combat simulators.
In recent times with several friends we have created, for the Strike Fighters 2 simulator, the IAe.27 Pulqui and IAe.33 Pulqui II aircraft, of Argentine origin and the end of the 1940s and the beginning of the 1950s.

Well, without further ado and at your complete disposal, I hope I can contribute something valuable to this forum.

Hello All, i am 40 years old and a great fan of aviation, especially prototypes from the 40's till 60's and modern secret projects.

I live in France, where Leduc, this genius came from and i apologize for my poor english.

Hello everyone! I have been lurking on this forum for some time as I have do like to study the many projects of countries, mainly those from WWII. I am really excited to contribute to discussions on here now, and expand my knowledge further!
A

Hi I'm Anthony from California. I am obsessed with technology, planes, trains, rockets and all things that go boom!. In short I love to read about things that are and could have been.
B

Thankyou for letting me join. I'm drooling. Main interest is early aviation and engine development of all types. I'm a CAD designer of exothermic molds (welding) and busbar. Living in the US.
M

I'm fathur from indonesia. i study in university technology malaysia. and currently take bachelor of naval architecture and offshore engineering in faculty of mechanical engineering. my purpose to join for get extra knowledge about techonology then how to build it. so, in future we can modify and make it with a correct step and also procedure.
S

Hello,
I am an aviation enthusiast and former pilot. I like military tech and engineering.
N

My name is Nathaniel. I'm a 19 year old from Pennsylvania. I'm not smart, but I've gotten pretty good at pretending that I am.

Hi everyone.
I'm french and I'm passionate about aviation (dogfight techniques and technologies).
I mostly appreciate french, german and russian aircrafts (props, rocket powered aicrafts or jets), my favourite aircrafts are the Espadon SO. 6025, Mirage (with delta wings), the Ho 229, the Su-37, also the Spitfire.

I'm also passionate about secret projects, especially the ones during the WW2.
Last edited: Jul 5, 2020
A

I suggest you get in touch with this forum member.
https://www.secretprojects.co.uk/members/blackstar.2126/
(hint: https://en.wikipedia.org/wiki/Dwayne_A._Day)
R

I am a communications engineer with a passion for radar.

I'm an Electrical Engineer, working as a technology analyst in a Defense company. I really like the quality of the topics here, I hope to contribute to the forum knowledge

Hi, my name is Israel. I am 44 years old. Mechanical Engineer. Venezuela.
T

Hi, my name is Simon. I'm 22 years old from Liverpool and I'm an Animator and 3D modeller.

Late to the party but nice to be here.
I've got a lot of catching up to do.

Welcome to all recent arrivals. Please settle in and consume, and hopefully contribute if and when you can.

Hi, I'm Anthony I am a hobbyist and very passionate about aviation especially prototypes.
L

Hi. My name is Laurent, I'm a 48yo frenchman and I work in a telecom company. I'm sort of a scale modeller but nowadays I'm more interested in contributing to scale model kits development.
C

Hi, Mech eng. / product designer. I keep finding myself here when looking up aero/astro stuff so thought I'd sign up. I might get round to knocking some models up in 3D (Modo - need to practice as I only really use it for rendering CAD models).
M

Hello. My name is Christophe. I am 50.
I am just trying to build a coaxial drone...
L

Hy my name is roel, i am from the Netherlands and i am 38 years old and admin of the alternate-timelines.com, and fascinated about designs that never where, so i hoop i can lurk and post a lot and learn more about stuff i never have heard of before.
T

Welcome in Roel.
A

My name is David and I am from the USA. I enjoy aviation and like to read the threads here.
R

Hello,
I am French and I tell the story of French planes, mainly from the 1930s, which are not very well known.
I also offer them as paper models to download for free on my website: criquetaero.fr
A way for me to contribute to the fact that these planes that made the history of our aeronautics don't fall too quickly into oblivion.
Best regards
T

RENNESSON said:
Hello,
I am French and I tell the story of French planes, mainly from the 1930s, which are not very well known.
I also offer them as paper models to download for free on my website: criquetaero.fr
A way for me to contribute to the fact that these planes that made the history of our aeronautics don't fall too quickly into oblivion.
Best regards
Click to expand... 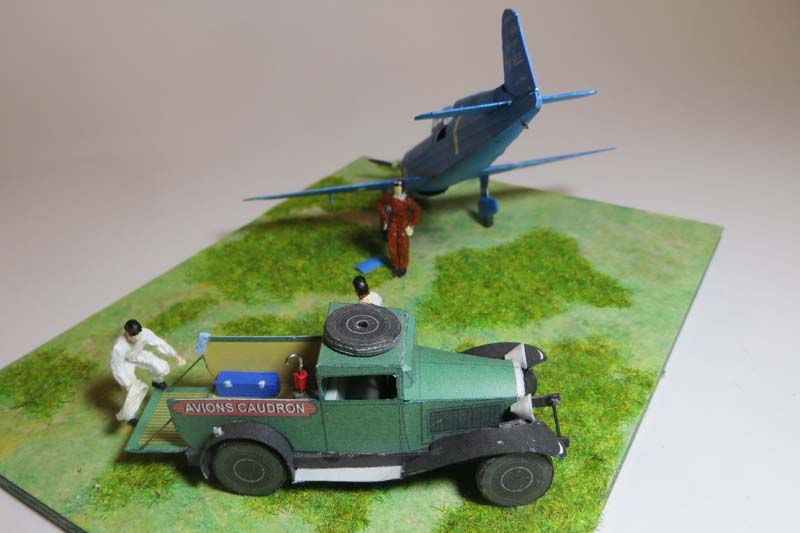 Greetings everyone, I'm from Indonesia!.
I'm a firearm enthusiast and a gun designer for fun (though i'm actually looking for an opportunity to get into the industry). I've many portofolios and have designed many guns (8 finished CAD projects at least). My first interest in joining this forum was from when i discover the Dover Devil MG projects post, which is rignt now became an important design concept choice of the dual feed MG i'm currently designed. Thanks and have a good day!
K

Hello. everyone.
My name is Krzysiek (Christoph) and I am from Poland.
I like little-known, prototypes and unusual aircraft (mainly from 1910 to1945).
On a daily basis I design paper models.

Have a nice day.
S

Hi and greetings from Uruguay !!!
I am a 21 years old AMT, currently studying to become an Aeronautical Engineering Technologist.
I have been passionate about flying machines since i can remember. Currently i am interested in those aerospace projects that never left the drawing board.
I hope to learn and share wathever i can with everybody. Cheers !!!

Howdy. I'm a telecom technician from NC in my mid 20s. Currently focusing on the pacific theatre of wwii but anything odd is interesting to me. I'm also working on a near-future setting for a TTRPG so I might post some designs from that for input if there's a place for that. Have a good one.

Piel from France, I am graphic designer and illustrator for cosmetics but passionate about aviation from more than 40 years, I also make some cutaway drawings of general aviation planes.
1

I'm Ed. I'm in my 60's. I'm a recovering aerospace engineer who now teaches physics in an urban high school in Connecticut.

When I was an aerospace engineer, I worked at Lycoming-Stratford, where I was a test engineer on the ALF-502 and QCGAT turbofans. Later, I was at Sikorsky, where I started as a test engineer and meandered, via work in LO, to aerodynamics, thence to Hamilton Standard, where I did prop aero for a few years. Since then, I worked as a software developer in the defense industry, and later, in the market research business (where the perqs were much better) until a restructuring resulted in my being laid off about the same week my father passed on (it was not a good January...)

I'm here to follow my interests into the details of aviation history and of almost-, never-, and thank-God-they-didn't do that-weres.

Welcome aboard @1635yankee
There were some bad days in 2020, indeed. Thanks God, we still have some places like this forum to relax and learn the thousands and many things no-one has ever told.
E

Hey, I am Bartek from Poland
T

Hello, my name is Matthew. I'm an American college student studying History and Creative Writing. I have always been a lover of aviation history, especially that of the 2nd World War, although my focus lies primarily in European history, with a specialization in Renaissance/Baroque Europe as well as Ukrainian history, but WWII aviation was my introduction to history.

I love the developments and could have beens of the lesser-known powers, Avia's, Rogozarski's, Fokker's etc.