FLIGHTS OF FANTASY: What if the F-20 Tigershark went into production? 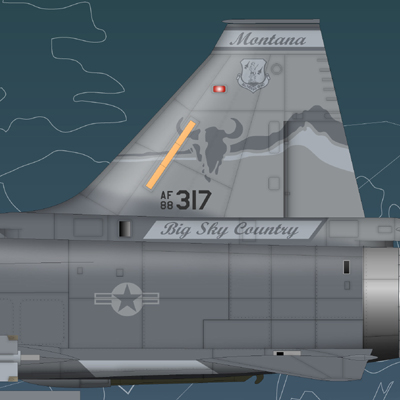 A good job!
I get return here by searching gg.
Why there is no two-seater version F-20?

New Tools...... "for Oil Industry"
Interesting topic, and fantasy alternative with great potential planes as the Northrop F-20 Tigershark.
When the wars in this century have a strong economic accent, could be glimpsed to speculate on the possibilities of corporate departments devoted to support political and military some "corporate interests"

These squads should have an appropriate camo for their operations, Unlike corporate colors of every day.
Saludos
MC72

I have one big problem with the F-20 as a radar-equipped, BVR missile-carrying air-defence fighter - when you run out of missiles and go to guns to finish off a crippled enemy bird, or to put a few warning shots across the nose of a smuggler before you nail him, your night vision is going to suffer rather badly, surely?

Deino said:
Just found that diagram on a tread at the ARC ... seems as if the proposed twin-seater was different to a simple F-5F + F-20A.

This would have worked..I think F-20 was tail heavy !

Bill Ro presented us with the details of the Two Seat F-20 Here.

Hi everyone, any idea how would be painted a Greek, Tunisian, Brasilian, or Mexican F-20 ??
Cheers and thanks !

737Aviator said:
Hi everyone, any idea how would be painted a Greek, Tunisian, Brasilian, or Mexican F-20 ??
Cheers !
Click to expand...

And Egypt,Northrop made a displaying in my country during early 1980s and offer this aircraft,before we
decided to purchase F-16.

737Aviator said:
Hi everyone, any idea how would be painted a Greek, Tunisian, Brasilian, or Mexican F-20 ??
Cheers !
Click to expand...

For Greek, I'd use the Aegean Ghost scheme. 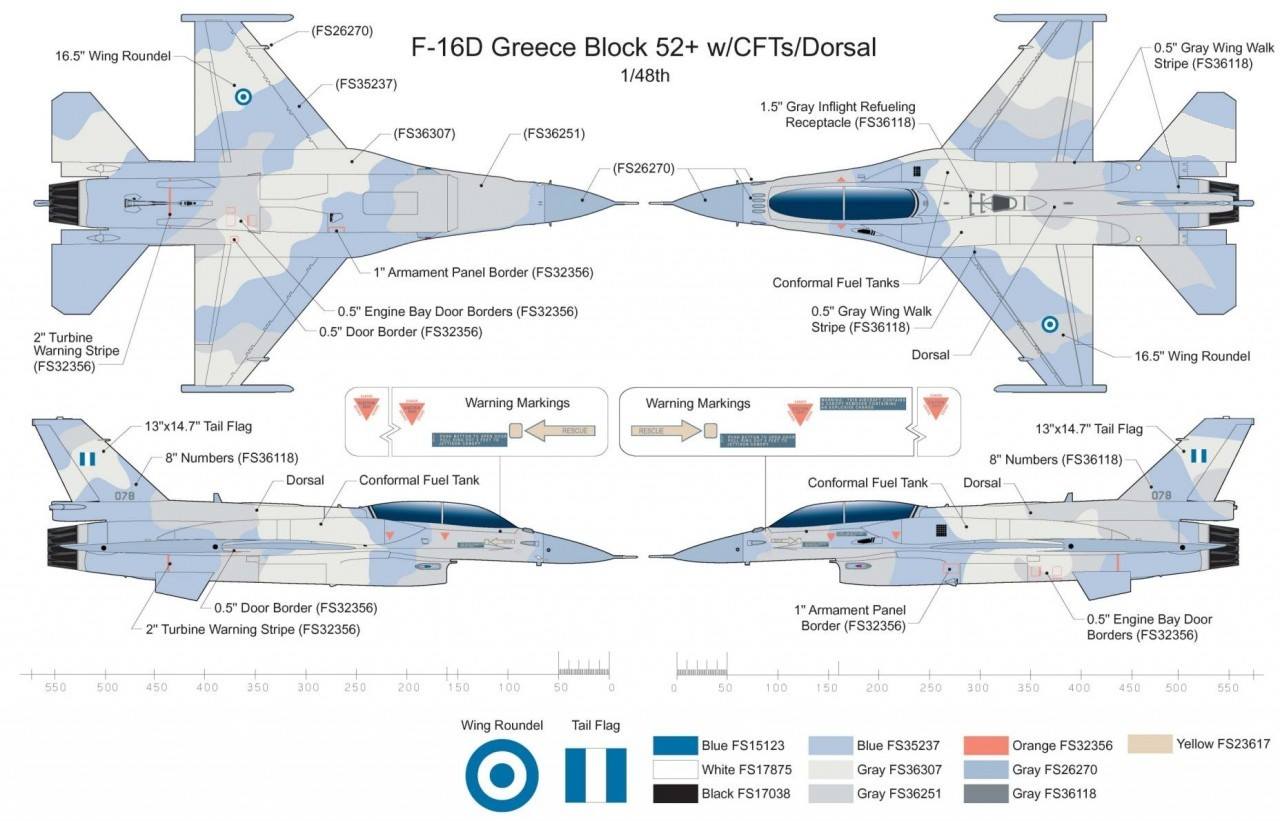 hesham said:
And Egypt,Northrop made a displaying in my country during early 1980s and offer this aircraft,before we
decided to purchase F-16.
Click to expand... 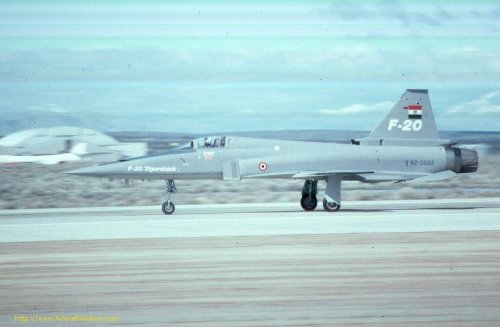 also when this aircraft was here,I don't remember if it was painted by our flag or not ?,I have the
pictures in Egyptian magazine,but where ?.

The picture above is of the F-20 at Edwards. You can see the B-1 in the background and the Egyptian markings are obviously photo-shopped onto the picture.

I don't know the source of this image. Mine came from aircraftslides.com but one can find it in Arabic-language forums too.
82-0062 is the 1st prototype F-20. The Egyptian markings are obviously only Northrop's marketing activity.

But by that time (mid-1980s), Reagan had reversed Carter's policy about exports of front line fighters, so Egypt, Bahrain and all other prospects got access to F-16s instead. Then 2 of the 3 prototype F-20s crashed, and that was the end of it.

Sundog said:
The picture above is of the F-20 at Edwards. You can see the B-1 in the background and the Egyptian markings are obviously photo-shopped onto the picture.
Click to expand...

But the aircraft was tested in our bases actually,I will search about the pictures during the next days.
N

Just to add to the speculation around this aircraft in service with different air forces, as has been revealed in those stunning profiles, the RNZAF took an interest in the F-20 as its A-4 replacement in the early 80s before the decision was made to refurbish the A-4s under Project Kahu. At a transport museum, MoTaT in Auckland I saw this model tucked away, somewhat randomly among displays of toys. The plaque at its base reads that it was presented to the Prime Minister Robert Muldoon, who was known for an interest in aviation, having a rather large collection of presentation models on display in his office in New Zealand's parliament building the Beehive. His collection is now kept in store at MoTaT and occasionally some of its oddities are put on display.

nuuumannn said:
Robert Muldoon, who was known for an interest in aviation
Click to expand...

Who said they are not?! With the RNZAF being devoid of any jet strike fighter type aircraft with the disbandment of its fast jet units in the early noughties, that possibility is kicked even further out of reach, beyond the cost issue. With its small budget, the RNZAF selection committee is more inclined to go for tried and tested and cheap.
A