Dornier WW I projects and prototypes

Looked for an existing thread to add the following project, but perhaps it should
be at least a specific one for Dornier.
From Luftfahrt International Nr.12, Nov./Dec. 1975 a Dornier project for a single-seat
fighter with pusher prop and engine in the nose and what must have been quite long
twin-booms (Hello Tophe ! )
The caption says, the drawing was made by R.Otte using the drawings for patent
nr.404 406. Unfortunately no other data or explanations.

Hmmmmm.....
The true length of the tail booms isn't shown, and the main
undercarriage looks much too far forwards to allow the tail
to come up on take-off.
Also, unless there's something fancy going on, the propellor
shaft appears to pass *through* the pilot.
Is that fish I can smell??

I've to say very little information is available about all the dornier designs for zeppelin-lindau, for example:
Dornier v1 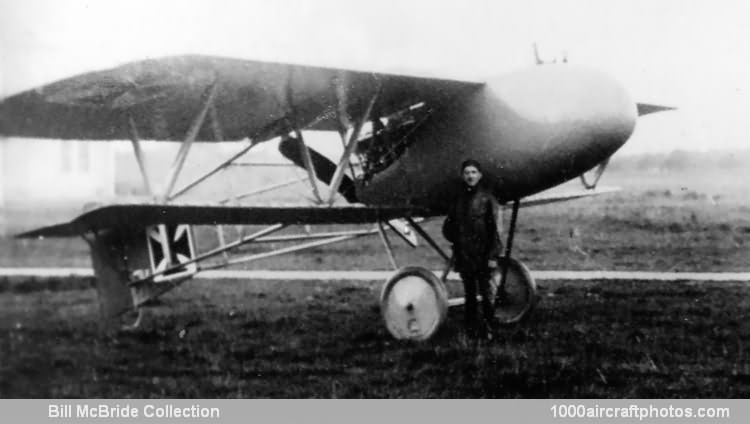 and I'd love to see a 3d view of the Dornier/Zeppelin Cs.I 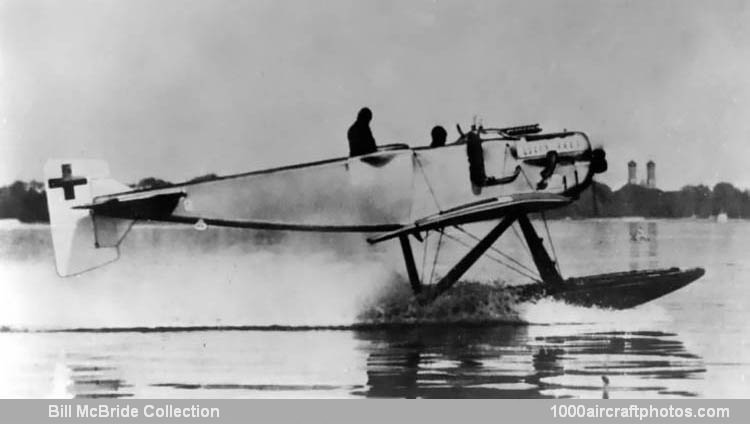 the only with a lot of documentation and information seems to be the Dornier D.I

The mentioned article is about the use of thick airfoil cantilever wings with relatively broad
chord, which were explored especially by the "Aerodynamische Versuchsanstalt Göttingen"
(AVA Göttingen) during the end of WW I. Tried already to find the filed patent, but still yet
without success. Robins objections are valid, my scepticism centers mainly on the reconstruc-
tion. Could imagine, that the proportions of wing, booms and tailplane in the patent
were just taken too literally. Tried to complete the "puzzle" by elongating the broken lines in
the drawing. The position of the prop shaft puzzled me, too, but with a low positioned crank
shaft and probably a reduction gear, the pilot could fit into the cockpit.

Jemiba said:
Looked for an existing thread to add the following project, but perhaps it should
be at least a specific one for Dornier.
From Luftfahrt International Nr.12, Nov./Dec. 1975 a Dornier project for a single-seat
fighter with pusher prop and engine in the nose and what must have been quite long
twin-booms (Hello Tophe ! )
The caption says, the drawing was made by R.Otte using the drawings for patent
nr.404 406. Unfortunately no other data or explanations.
Click to expand...

you must see this,and thank you my dear Jemiba.

Found some information abot the V 1 (posted by Alcides in #2)in Flieger Kalender 2011:
Construction of this single seat pusher engine fighter started in summer 1916 under the designation "V 1",
sometimes referred to as "V I" or "V-1". Powered by a 160 hp Mercedes engine (some sources state it was a 165 hp
Mercedes-Maybach it was a full-metal construction with a length of 7,075m and a span of the upper wing of 10,55m.
Noticeable was the small width of the lower wing of just 0,56 m, compared to 2,20 m of the upper wing. Why still the
pusher layout was chosen, is uncertain, gun synchronizing gear already was common, but maybe Claude Dornier
was more used to design pusher prop aircraft . Flight testing started on 14. October 1916, but the test pilot was
experienced on large flying boats, not on small land planes. This and the need for several modifications led to problems
and a number of "headstands" (see photo _05). The testpilot was changed, the well known Helmut Hirth had agreed to
make the first real maiden flight, which was planned to take place on 13. November 1916 in the presence of a great
number of workers and invited guests. Unfortunately, Helmut Hirth wasn't there in time, so a young officer, Freiherr
v. Haller von Jallerstein volunteered to fly the aircraft. After a very short take-off (as witnesses said), he obviously
encountered sever problems with the height control, the aircraft "pumping" (steeply climbing, until diving nearly vertically)
violently, until the tail hit the ground. The aircraft was totally smashed, instantly killing the pilot. After this tragic event,
the top brass of the army showed no more interest and further development was halted.


and here is the Dornier G I Greif,it was high-wing twin engined 8-10 seat
airliner project,powered by two BMW engines.

Jen great find!!! Fantastic to have information and pictures on one of few pushers from Germany on WWI.

hesham that project is one very interesting for me but I've struggled to find more information than the one on histaviation site.

A little bit more and another 3-view can be found on http://airliner.narod.ru/1project/dornier-g1.htm.
As a summary it is said, that the G-1 was a project for Dorniers first landbased passenger aircraft.
It was a full-metal construction, the engines were placed as near to the centerline, as possible, to
avoid problems with asymmetric thrust in the case of an engine failure.
Data : 2 BMW IIIa engines with 185 hp each, length 12,20 m, span 21,00 m, wing area 80 sqm,
height 3,30 m, take-off weight 3.450 kg, empty weight 2.350 kg, max. speed 180 km/h, cruising
speed 120 km/h, 8 to 10 passengers.
The project wasn't realised, just a model was built.


and here is the Dornier G I Greif,it was high-wing twin engined 8-10 seat
airliner project,powered by two BMW engines.


here is a Model for Dornier Do G.1 Greif,from Aerophile 1921

Apologies if this type has been mentioned elsewhere, I searched under Zeppelin and Dornier but could but find an entry.

The Zeppelin-Lindau (Dornier) Rs I Riesenflugboat (Giant Flying boat) was Claude Dornier's first flying boat design. Construction on the Rs I was started in January 1915. At the time, it was the world largest aircraft. It was almost entirely made of metal, although it did have fabric covered wings, tail and boat deck. The aircraft was completed and launched onto Lake Constance (Bodensee) in October 1915 but it was destroyed before its first flight following a storm on 21st December 1915.

The Dornier Museum in Friedrichschafen, Germany has a model and information board from which the above information was taken.

here is early drawing and drawing to D.I.