Hi, all. I would like to learn more about the Shavrov Sh-2 amphibian, especially details of its cockpit and landing gear. Does anyone have any articles, photos or drawings that the could share? I can read English, French and Spanish but would certainly welcome something in Russian if there were lots of pretty pictures. ;-) Here's a little clip I found for fun. Thanks and regards, Matthew

I have about 50 pix of Sha-2
If you need, contact directly

While waiting for ucon's pics, I did turn up a few Sh-2 cockpit shots on Google. Clearly, raising and lowering the landing gear was a hand-cranked operation! There is also, apparently, a fully-restored Sh-2 in, of all places, St. Louis, Missouri! See http://www.warbirdinformationexchange.org/phpBB3/viewtopic.php?f=3&t=29245 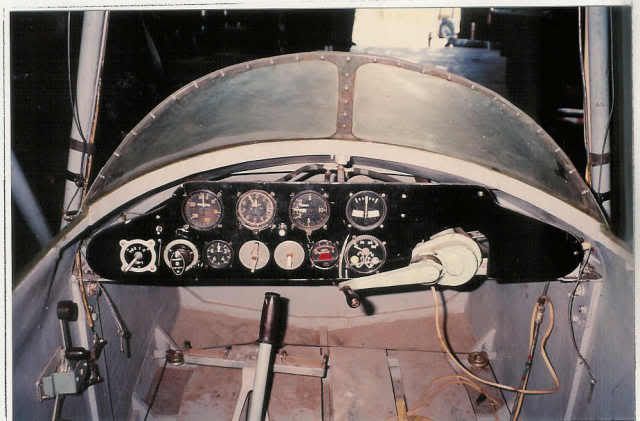 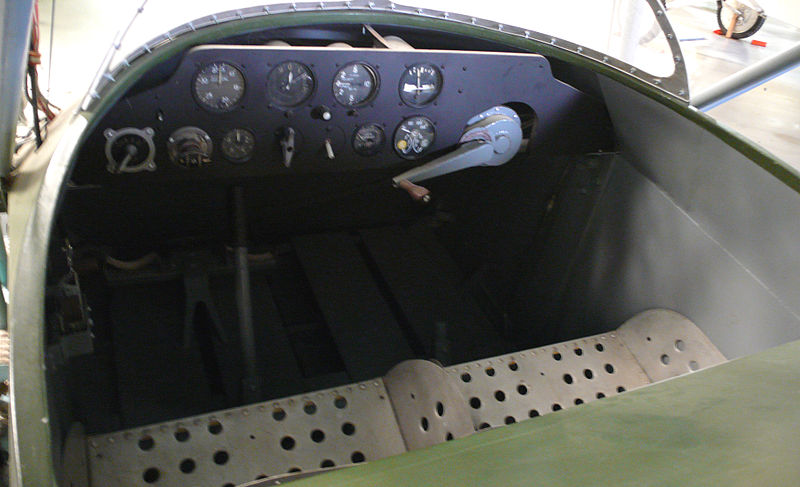 And more...I found these pics on a modeling site, apparently scanned from a Russian source. In any case, the retraction mechanism is even simpler than I imagined--just cables, drums, pulleys and a crank! I don't see any locking mechanism other than the friction in the cable system.

Yes indeed there is one here in St. Louis at the Historic Aircraft Restoration Museum at Creve Coeur Airport. I remember when it arrived in a shipping container that looked like an old wood sided train box car minus the trucks! I have some general shots of it but would be happy to shoot a thorough walk around if it for you. Send me a PM and I'll tackle it when I have the chance.

Mole beat me to it... These plans are from Russian magazine Modelist-Konstruktor.

Here are more pictures from the same publication plus a few more from various sources:

Here's another twist on the Shavrov, the original one-off Sh-1 which had a quite different (and to my eye, much more pleasing) strut arrangement with cantilever outer wing panels.

Three-seater sesquiplane flying boat of unique layout. Aircraft had no struts between wings, lower wing was integrated with balance floats. Landing gear could be raised for water surface operations.
Another interest aspect of Sh-1 story: It was a homebuilt aircraft! V.B.Shavrov, V.L.Korvin and mechanic N.N.Funtikov manufactured all parts in the city apartment. Aircraft was assembled at one of Leningrad airfields.
First taxi on water was carried out on June 4, 1929 (L.I.Giksa). After minor modifications (floats shape) aircraft was flown on June 21. During one week (July 1-8) pilot B.V.Glagolev fulfilled trials program in harsh weather conditions (wind up to 7.5m/sec and waves up to 0.6m).
After those trials landing gear and tail skid were installed. Few dozens of flights were performed as an amphibian - landings and takeoffs were performed on the ground airfield and water surface. For State Trials Sh-1 was flown from Leningrad to Moscow Central (Khodynka) Airfield.
During September 20-28, 1929 aircraft was carried through complete trials program (pilots B.V.Glagolev, M.A.Korovkin, A.V.Chekarev). Conclusions was that with its 85hp engine Sh-1 may serve only for sport/training goals. It was also noted that proper engine cowling could improve the performance.
Sh-1 was transferred to Leningrad Osoaviakhim for propaganda flights. On February 26, 1930 it was crashed by V.P.Chkalov, who hit the railroad signal pole while flying along the October Railroad (Moscow-Leningrad) in heavy snowstorm/icing conditions. Pilot and mechanic Ivanov were unharmed, but aircraft was found unrepairable.
Click to expand...

More Sh-1, this from http://www.aviastar.org/air/russia/shavrov-1.php

Vladimir B. Shavrov had worked as a member of the OMOS design bureau from 1925, and after two years there set out to design and build a light general-purpose amphibian flying-boat, the Shavrov Sh-1. A sesquiplane, the Sh-1 had its main wing strut-mounted above the single-step hull and stabilising floats were incorporated into the lower stub-wing. The main wheels of the landing gear were retracted manually. Flown for the first time on 21 June 1929, the Sh-1 performed well, attaining a maximum speed of 126km/h on its 63kW Walter radial engine. The Sh-1 remained a prototype, being developed into the slightly larger and refined Sh-2.
Click to expand...

Here are some pictures I made, to compare Sh-1 and Sh-2 to each other. Both are represented in the same scale.

Interestingly, two Russians from Tyumen named Markushin and Lastovsky built in 1989 a 75%-scale replica of the Shavrov Sh-2, which was therefore more or less the size of the Sh-1. I'm attaching some pics of it.

Thanks, guys. Those comparison images are great and confirm the fact that I actually like the original Sh-1 configuration better. I am also definitely interested in learning more about that 75% scale Sh-2 replica.
S

Mole said:
I am also definitely interested in learning more about that 75% scale Sh-2 replica.
Click to expand...

The idea of ​​recreating past aircraft is gaining more and more supporters among amateur aircraft designers. There are many such machines in our country. One of the latest works is the revival of V. B. Shavrov's Sh-2 famous amphibian by a group of modelers from Tyumen in the Urai region. It is interesting that none of the enthusiasts in this group had any special aviation education, no ties with the aviation industry, and the nearest aircraft plant was located more than 1,000 kilometers away. But they were motivated by a huge desire to see this historic aircraft of wood and metal come alive.

To realize this dream took them only a year of hard work. Unfortunately they couldn't get their hands on an M-11 engine as the one that powered the original VB Shavrov amphibian. However, they were able to get an old "Prague" four-cylinder engine with a capacity of 74 l. A full-size Sh-2 could not be built with this engine, but for these modelers who previously created quite a few flying models, it was easy to manufacture a real aircraft in 3/4 scale. In other countries, such smaller versions are called "replicas." The Sh-2 from Tyumen took part in competitions at the SLA-89 air meet, being one of the first domestic entries.

It was the excitement and anticipation for the money prize which brought the Sh-2 to Riga for the SLA-89. The Technical Commission did not make a single comment (you can't make any comments when you are faced with such a great job.) Test pilot Yuri Sheffer performed the Sh-2's first flight and gave the aircraft a perfect score. Then there were a lot more flights both taking off from the ground, from the Spilva airfrield, and from the water hydrodrome at Kish-Lake. Passengers on these flights were also members of the Technical Committee, aviation veterans, aviation writers, Sergey Markushin, Alexander Lastovkin and others. The Tyumen modelers' work was awarded one of the main prizes of SLA-89.

The Tyumen Sh-2 has a solid wood construction, nearly the same as the 1930s plane, except for the chassis, equipped with hydraulic shock absorbers. The chassis is installed or removed when preparing the aircraft for flight from land or water. Of course, the aerodynamics, design and layout of the Sh-2 are now only of historical interest. Yet the economy is, in my opinion, in need of light airplanes and amphibians today. The Sh-2, even in its original form, could still be of great benefit. As the aviation industry has not developed such aircraft, it provides a wide opportunity for enthusiasts. The Tyumen modelers decided to build two full-size Sh-2 aircraft by next summer. The full-size Sh-2 would be built in Moscow by former test pilot Vladimir Vinitsky.

Designers S. Markushin and H. Lastovsky from the city of Tyumen in the Urai region showed a high level of technical performance in their replica. The 75-liter air-cooled "Prague" engine provides a 60 km/h take-off speed and maximum speed at twice that. It is a good engine, which is to be put to the credit of its designer, V. Rebenchuka. The Tyumen builders were awarded a prize of 5000 rubles, which was all used for... airframe repairs: sadly, on one flight from the Spilva the airport it suffered a crash, though from a low altitude.
Click to expand...

from 1962 article by Shavrov

And here's another, even better, clip of the Shavrov Sh-2 in action.

Very poor quality but this has dimensions:

Nice, thanks! Now where is my Russian dictionary....

Hi all!
Here you can download the original Sh-2 technical manual, written by Shavrov himself and published in 1933:
http://libgen.info/view.php?id=363646 (DJVU file)

Thanks very much, redstar72. I was not able to view the djvu file and when I converted it to pdf via an online service I only got the first page. Would anyone be able to convert the entire document to .pdf and send it to me? Thanks much! Matthew


It will view the file fine.

Here's a few photos of the Sh-2 in the St. Louis area out at Creve Coeur Airport. If you need detail shots of specific parts of the aircraft, just let me know and I'll stop by and get them.

1) The Sh-2 from Arctic & Antarctic Museum in St.Petersburg. This is an original Sh-2, and it's proclaimed that it was boarded on the legendary Chelyuskin. But unfortunately it isn't well restored (for example you can see very schematic "mockup" instead of M-11 engine). The photos are taken by Sergei Galyshev:
http://www.dishmodels.ru/wshow.htm?p=304

2) A newbuilt Sh-2 with Walter engine , photographed at UralExpoArms'2009 exhibition in Nizhny Tagil. The photos are taken by Pavel Permyakov:
http://scalemodels.ru/modules/photo/viewcat_cid_431.html

But I am not part of the evil Wintel empire, I use Mac! In fact, I figured out that my initial download of the djvu file was incomplete--only the first page--so once I downloaded it again I was able to run it through a free .pdf converter for Mac. And thanks, all, for the additional photos and links!

It will view the file fine.
Click to expand...

Did you miss the link to MacDjvu? Conversions normally look quite ropey.


Also, on Mac you are part of the *other* evil empire. Linux, like the server that runs this website, is the Rebel Alliance in this scenario.