Hi!
Large low resolution image.
We can see non turbocharged(?) inline engine, main landing gear and some equipment in the fuselage. Circular radiator and cooling fan?
Or turbocharger was located front of the engine nacelle? :-\

Small remark : the XP-71 was not a high-altitude interceptor
but a long range fighter escort and concurently a bomber destroyer
to spec.26-Z-51...

No Tornado engines mentioned in relation to this design
but Pratt & Whitney..

Thanks a lot my dear lark-san.
Please confirm following explanation about XP-71. XP-71 was planned to have a pressurized cabin. I can see only one seat.
Source : same net book

I think the large circular thing is a heat exchanger.

I don't know of the reason. One would expect water to be easier to pipe between the nacelle and fuselage, than air. The straight wing makes it easier though.

It also looks like it transitioned into a high wing design and there's space for the landing gear in the nacelle. Maybe it was easier that way.

Interesting design decisions. I wish writers would expose that kind of stuff, though it's probably hard to extract that from the engineering process.

In a previous job I heard a story from a manager that his first job when he had started at the company was to try to create a document of a product development history right after the release of a certain product. It was hard, the people told very different stories why certain technological decisions were done. And this is maybe months after, nevermind 70 years...
L

I have no specific info about a single seat variant of the XP-71 Blackkite
but by December 3,1942 the concept had still life in it an the
AAF planners were speculating as to wheter or not the aircraft might be usefull
as a photo reconnaissence type.
They reasoned that it could easily accomodate three K.17 camera's...

(allong with the planned nose armament !)

Perhaps the single seater shown in Bill Norton book
was a variant of the recce plane.
The last and definitive variant again had framed cockpit glazing.

info: p.336 from the above mentioned book about Curtiss Fighters / Schiffer.
V

Thanks a lot big 3. Cool!!!
I think that later model did not have a heat exchanger for engine cooling beacuse the engine was air cooling wasp major.
When we have turbocharger in the fuselage, engine nacelle become small which brings light weight and low drag.
High temperature turbocharger is apart from dangerous fuel tanks and engine oil system.
And moment of inertia for roll direction become small, roll rate become large. 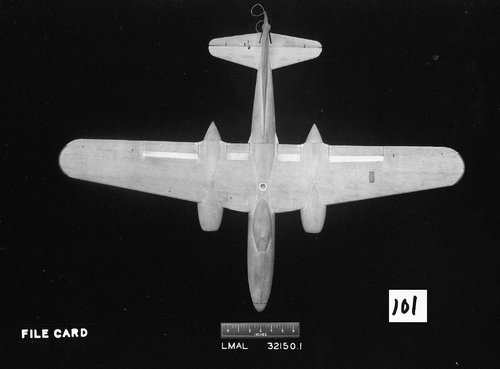 Curtiss XP-77 no info from e/bay 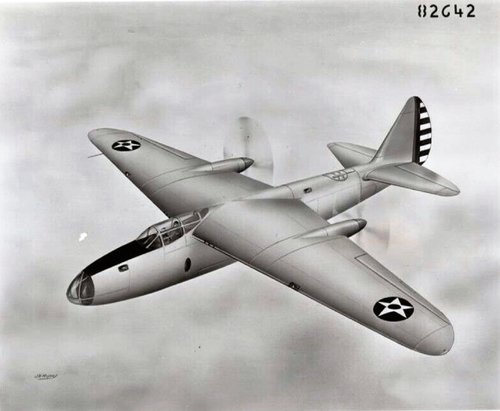 If I recall correctly (I'm not near my files), the above-pictured aircraft isn't anything at all. It was part of a series of drawings (originally in color) of what were considered cutting edge designs put out by a section of the Materiel Division. There are a number of aircraft images that have subsequently been mislabeled as some sort of project by one manufacturer or another. In all cases those identifications are incorrect, although there is some mild resemblance in several cases.

Not strictly relevant to the topic, but answers the immediate question.

Thanks, Orion! That saved me having to dig through my archives to find the right file. I may do that anyway at some point as the color renditions are quite nice.

ACResearcher said:
Thanks, Orion! That saved me having to dig through my archives to find the right file.
Click to expand...

It would seem that there should be more than two. I have some vague recollection of seeing these elsewhere, with a total of four. But these two were what's on ebay *right* *now.* And color would indeed be nice.