The other day I was looking at some space proposals from the past and I stumbled upon this beautiful SSTO. I have only been able to find one source that gave some details about it and I'm very much hoping that you guys can help get more details/drawings on this proposal. 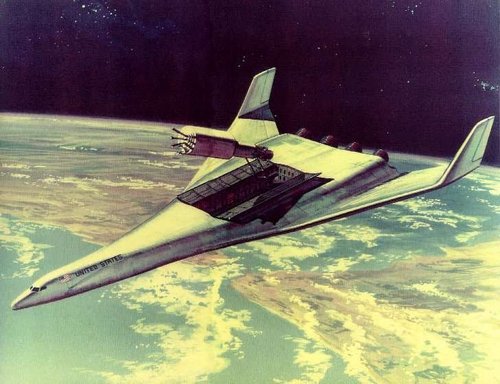 Marcus Lindroos old website. I spend six months hooked to it back in 2002...

Windjammer was Len Cormier's baby. It had six ISINGLASS XLR-129 engines and was sled-lauched.
It led to SAMSO Boeing RASV five years later. Also Langley / Gene Love studies with Martin Marietta and Boeing. Many iterations of RASV lost to NASP and DC-X.

7Daniel13 said:
The other day I was looking at some space proposals from the past and I stumbled upon this beautiful SSTO. I have only been able to find one source that gave some details about it and I'm very much hoping that you guys can help get more details/drawings on this proposal.

Looks like Scott Lowther covers it in US Launch Vehicle Projects #5:

The story of Boeing RASV is extremely long and complex and span nearly two decades 1972 - 1982 - 1972.
The basics have been told in that thread first post.

The rest of the story has been told by Dennis Jenkins, Roger Launius and Andrew Butrica in many books about RLVs.

And then it continued, at NASA Langley.

The impact of dual-mode propulsion on cost-effective technology requirements for advanced earth-orbital transportation systems is considered. Additional objectives were to determine the advantages of the best dual mode concept relative to the LO2/LH2 concept of the basic study. Normal technology...

So that extended family of rocketplanes had a long and varied existence...
A

Before he passed away in 2008 Len Cormier posted at the old spacebanter forum.
Quick Google search with his name and "Windjammer" brought a lot of interesting bits.

In 1972, we (then TranSpace) proposed our Windjammer
assisted SSTO for commercial and/or military development.
USAF / SAMSO took an interest in the concept and had several
companies look at the concept. Boeing followed through the
most, with the result that the Windjammer became the Boeing
RASV. I was head of fighter systems at the LA Division of
North American Rockwell at the time, and I had a conflict-
of-interest agreement with respect to space transportation.
One of my North American friends remarked at the time that,
if Shuttle goes, you're dead. Without Shuttle, there is a
reasonable chance that the RASV, if not Windjammer, might
have proceeded. Even after Shuttle came into being, Boeing
proposed to build the RASV under, if I remember right, an
attractively priced, fixed price contract. This proposal
received careful consideration at the top USAF levels, but
was derailed by fraudulent NASP claims.
Click to expand...

Skylon exploits the low density of its fuel to produce a vehicle with a
> > low ballistic coefficient. This reduces the maximum temperature reached
> > by the aeroshell during reentry - less than 1100C compared with over
> > 1500C for the space shuttle.
>
> That should have been 1100K, or about 825C.
>
> Sylvia.

This is hardly new. Our 1971 Windjammer depended upon this and other
features--as did the follow-on Boeing RASV. It was also a claim in our
TPS patent.

Our newer concepts achieve low planform loading with our TSTO
"kite-plane" approach, even though we now need only LOX/kerosene
propellants.
Click to expand...

My earlier responses on sci.space.tech seems to have vanished.

> Andrew Nowicki > wrote in message
> >...
> John Carmack wrote:
>
> > How is lifting the launcher and payload slowly
> > through the lower atmosphere an advantage?
>
One must distinguish between thrust loads on the
structure and aerodynamic loads on the structure.
There is not likely to be much gain with respect
to thrust loads.

The potential gains of getting to high altitude
"gently" stem from the relief from panel flutter
and from aerodynamic loads and load distribution.
Even VTO ELV's are sensitive to "q x alpha." Lifting
reentry followed by horizontal approach and landing
does not have to involve prohibitive mass penalties.
However, if the lifting provisions have to survive
much higher dynamic pressure during climb and acceleration,
then the aero structure can be quite heavy.

An exception was our 1971 "Windjammer" that became
the Boeing RASV. This type of space transport is
designed for horizontal takeoff, horizontal climb
and horizontal initial acceleration. Initial thrust-
to-system-mass might be only about 0.7--thereby saving
propulsion system mass and avoiding some of the aft
c.g. balancing problems in the empty condition. With
relieving load from LOX in the wings, wing mass might
only be about twice what it would be for LOX tanks
alone. This also results in low planform laoding with
resultant lower peak temperatures--which helps to attain
the required mass ratio and further reduces peak reentry
temperatures--etc.

Each design concept must adhere to a well integrated
design approach. There are different solutions, but
each approach must be well thought out with consistent
design philosophy. Superficial parametric studies--as
distinguished from detail design/analysis studies of
specific concepts--usually lead to misleading conclusions.
For example, some studies of HTOL vehicles have been made
by VTOL advocates who merely turned a VTO vehicle on its
side, added wings and made the system takeoff horizontally.
These studies were entirely misleading by not adjusting
T/W to proper values and by not taking advantage of such
aircraft-design concepts as relieving load, etc.

I have made other recent posts on this thread that seem
to have gotten lost.

tour2space.com - This website is for sale! - tour space Resources and Information.

This website is for sale! tour2space.com is your first and best source for all of the information you’re looking for. From general topics to more of what you would expect to find here, tour2space.com has it all. We hope you find what you are searching for!

7Daniel13 said:
The other day I was looking at some space proposals from the past and I stumbled upon this beautiful SSTO. I have only been able to find one source that gave some details about it and I'm very much hoping that you guys can help get more details/drawings on this proposal.
Click to expand... 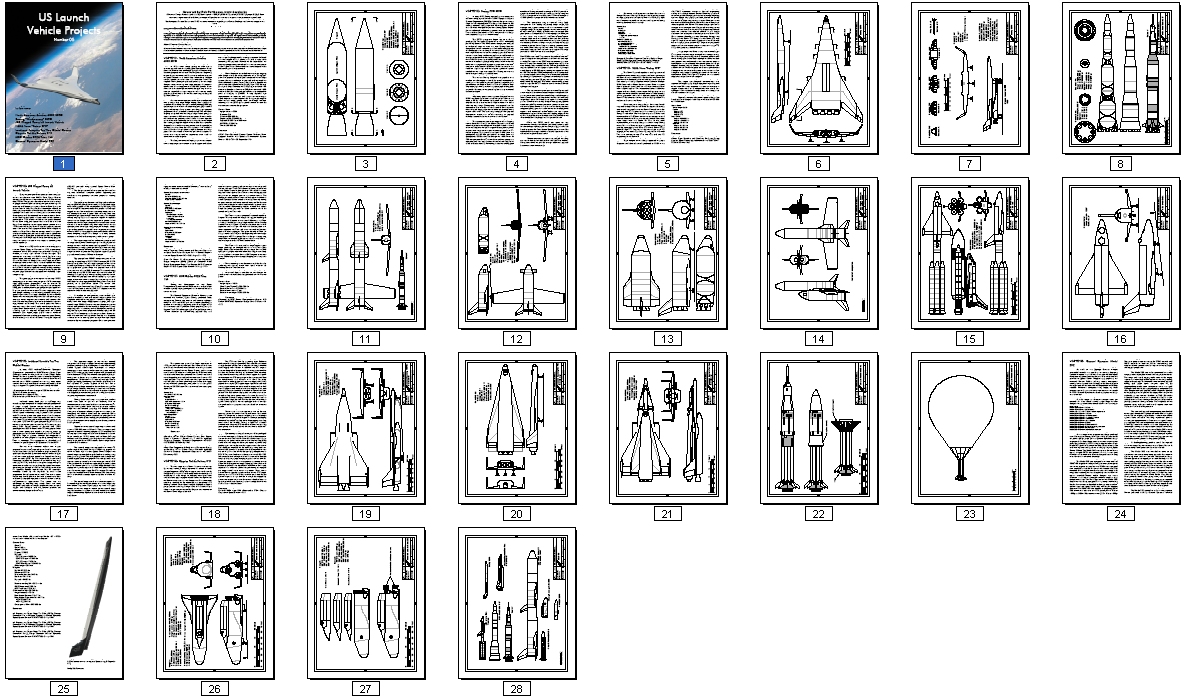