In fact, Indonesia's space ambitions for Biak begin well before Elon Musk entered the scene.
Its Aeronautical and Space Agency (Lapan) has had its eye on the island for decades - and in 1980, even bought up a 100 hectare parcel of land. However, due to various challenges, nothing happened on this front.
The site is an important hunting ground with a fishing spot nearby.
But most importantly, it sits around 2km away from the nearest residential area, Saukobye village - and villagers fear they will be forced to relocate.
Click to expand... 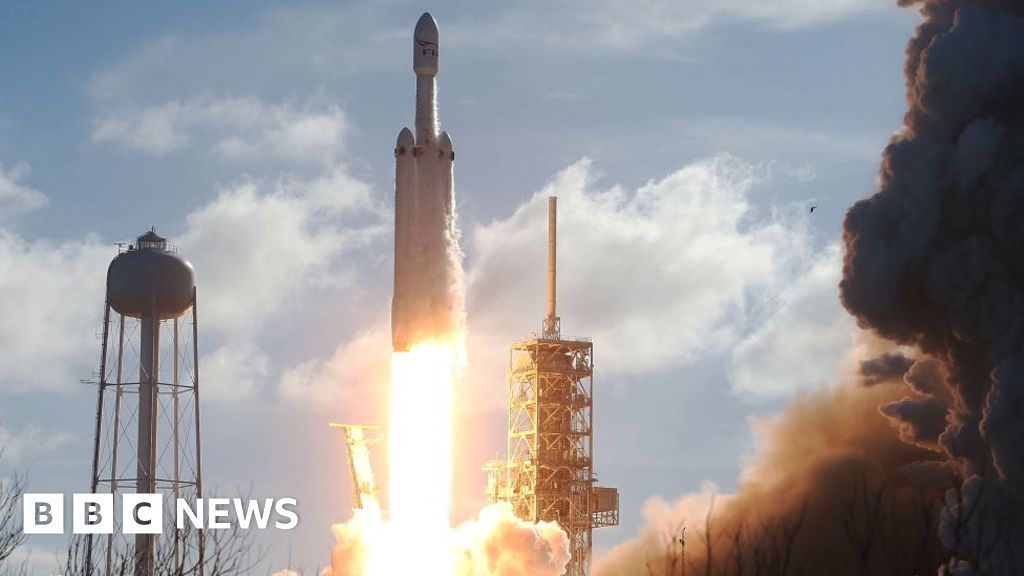 A remote island could host Elon Musk's new Space X project - but its residents are not impressed.
www.bbc.com
Click to expand... 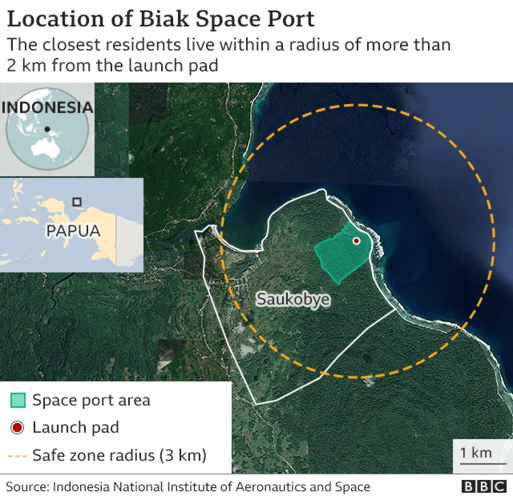 According to Wikipedia there was an attempt to revive the project in the late 2000s (from 2006 onwards, and possibly into the early 2010s) in co-operation with the Russians. Initially at least this version of the plan included an air launch element. It appears to have been at this time when the 'Biak Spaceport' name was adopted. In 2019, Indonesia began again to try to revive the plan (though focusing back on ground launch this time), leading to this year's (2021) attempt to try to get SpaceX onboard.

Since 2006 Indonesia and Russia have been discussing the possibility of launching a satellite from Biak island using Air Launch technology. LAPAN and Russian Federal Space Agency (RKA) have worked on a government-to-government agreement in space cooperation in order to enable such activities in Indonesia. It is planned that Antonov An-124 aircraft will deliver a Polyot space launch vehicle to the new Indonesian spaceport on Biak island (West Papua province). This spaceport is well suited to commercial launches as it sits almost exactly on the equator - any space vehicle launched at the equator has a greater initial velocity imparted to it, making higher velocity or heavier payloads possible. In the spaceport, the launch vehicle will be fuelled and the satellites will be loaded on it. The Antonov An-124 carrying the launch vehicle is to fly at 10 km altitude above the ocean East of Biak island to jettison the launch vehicle [11][12] In 2012, discussions resumed. The main stumbling block is Russian concerns over compliance with the terms of the Missile Technology Control Regime; Russia is a co-signatory, Indonesia is not.[13] In 2019, LAPAN officially confirmed plans of building Biak spaceport, when a first flights are expected in 2024.[14]
Click to expand...

This thread however will concentrate on the original 20th Century plans and associated background.
A

In a quick digression from the goal of this thread; According to the Guardian newspaper back in March, the Russians are still planning to put a launch center on Biak by 2024, presumably as part of the overall spaceport plan. 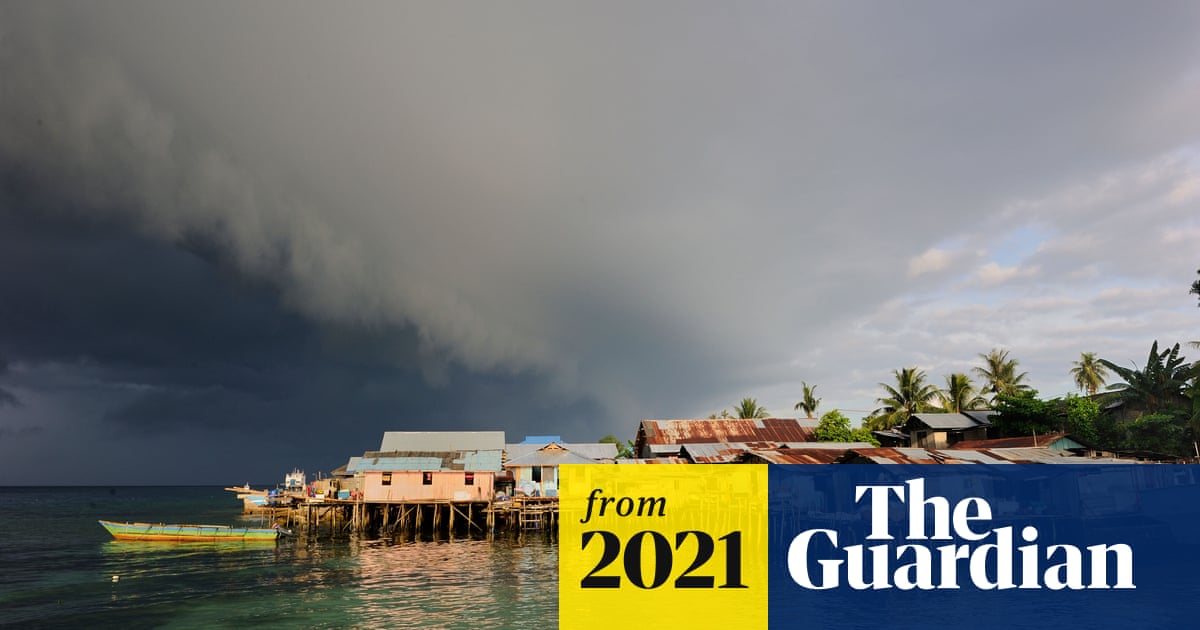 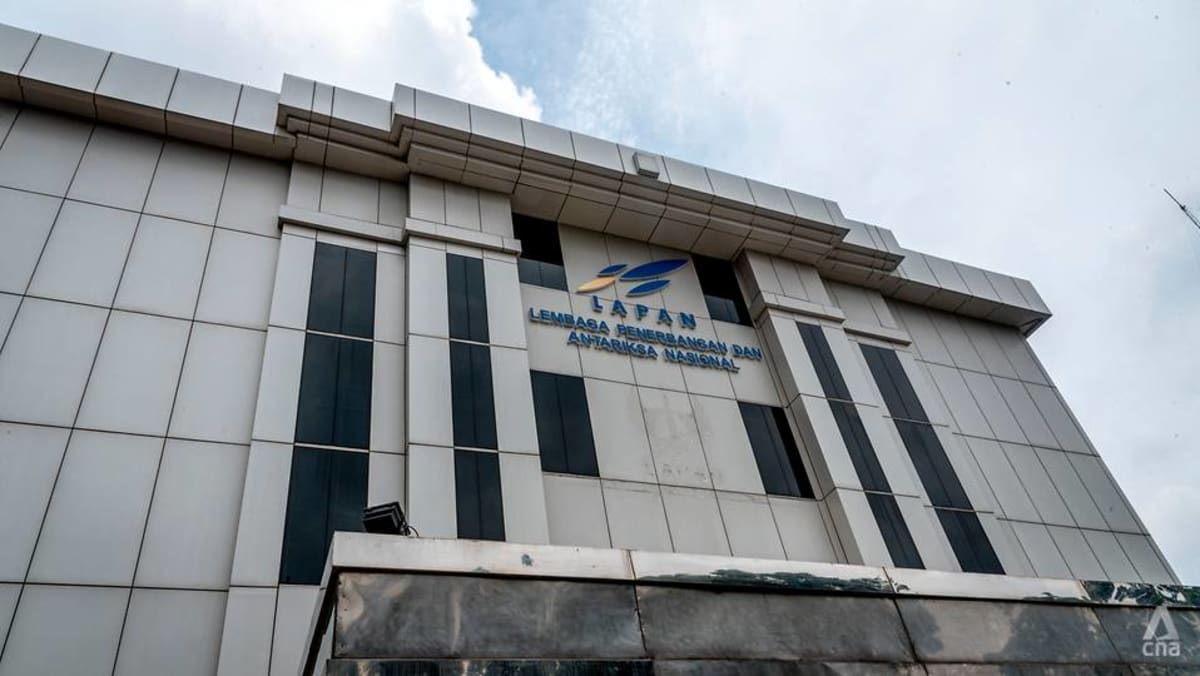 JAKARTA: Indonesia’s National Institute of Aeronautics and Space (LAPAN) said the benefits of the country's first spaceport in Biak, Papua, are greater than the downsides, while locals are divided over the project. The planned rocket launch site will be located on the eastern coast o

Mr Djamaluddin, the LAPAN chief, said there are currently two options on the table - building a large-scale spaceport used by multiple countries or creating a small-scale launch site capable of sending nano and micro satellites under 100kg in weight into orbit.

“We are looking for international partners for the large-scale option. We have offered this project to Japan, Korea, China, India as well as SpaceX. We might end up building a consortium because this will be an international launch site which can provide services to multiple countries,” he said. “There have been interests but they are still general in nature.”

“Existing large-scale launch sites can be around to 10km by 5km in size because we need a buffer zone for safety and security reasons. It will depend on our partners and their needs. During our initial discussions, some say they don’t need that big. But there are other launch sites which are larger than 50sq km,” he said.

Building the 50 sq km spaceport would mean relocating hundreds of people living in the sub-district of Saukobye as well as those living in the nearby town of Korim, both of which would sit inside the spaceport’s exclusion zone.

LAPAN, Mr Djamaluddin added, has so far secured 100 ha of the land needed.

He is hoping that investors would be interested in Biak’s strategic location.

The planned site sits one degree below the equator and directly borders the Pacific Ocean which are ideal for launching spaceships and satellites. The equator has more rotational speed which means rockets will need less fuel to reach orbit, he said.

Mr Djamaluddin added that LAPAN also plans to build a satellite assembly and testing facility in Biak if Indonesia can find investors for the large-scale spaceport project.

The LAPAN chief said the agency is still calculating how much money they will need to build the spaceport. “It all depends on the design. Meanwhile, the design depends on the needs of the investors,” he said.
Click to expand...

Interestingly, he avoided mentioning the fact that Russia is already involved in the project.

India may soon follow in the footsteps of Asian space giants China and India, after the National Institute of Aeronautics and Space (LAPAN) announced a plan to build a spaceport in Papua.

EDIT: Also from that month; Indonesia to build the nation's first spaceport in Papua

Biak is considered ideal because it is close to the equator and its eastern coast faces the Pacific Ocean.