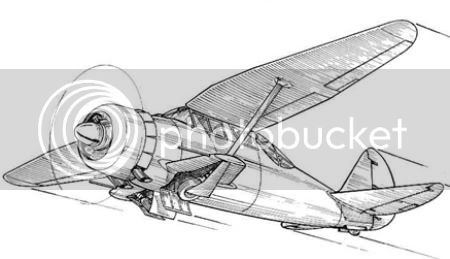 Why are there two very different looking drawings for the J23? Is one an earlier version of the J23? If so, which one is which and what caused the changes? Additionally, does anyone have a drawing of the AFV (AB Flygplanverken) GP 9?

Properly, it was the Götaverken GP 9 as it was a product of the Götaverken Flygavdelning (Götaverken Aircraft Department) in Göteborg. Alas, no drawing ... but the GP 9 probably resembled the FFVS J 22. Both were designed by Bo Lundberg.

According to Urban Fredriksson, "the GV GP 9 was designed to use aluminum". But it influenced Lundburg's later design of the mixed-construction J 22 - "its landing gear where the wheels were rotated as the were retracted back into the fuselage ...".
https://groups.google.com/forum/#!topic/rec.aviation.military/qpXmLEAdFGk

The Götaverken GP 9 fighter design, designated P 9B by the Flygvapnet, was cancelled 1939. The P 9B designation shows that the GP 9 was in competition with the mentioned ASJA L 12 (Saab J 19) which was designated P 9A.

Another unbuilt Götaverken project was the GP 8. This was medium bomber (in competition with the ASJA G.1 which led to the Saab B 18). The GP, designated P 8B by the Flygvapnet was cancelled in 1939 after a mock-up was completed.