here is the Zlin Z-52 project,with some data.

Another Zlin-Moravan project I'm aware of is the Z-400, based on the Russian Technoavia Finist, but with a Canadian Orenda OE600A V-8 600hp engine. There was even a photoshopped picture of a border guard SM-92 Finist with the Orenda engine.
http://www.radio.cz/ru/rubrika/radiogazeta/u-samoleta-zlin-400-russkij-predok
http://www.cs-letectvi.cz/letadla/moravan-zlin-z-400

Could one of our native Russian speakers please translate, or give a short summary
of the text about the Z-52 ? My main questions: Is the canopy really circular, maybe
for better ground observation ? The model seems to show no sign of such a shape.
And is that low wing aircraft a derivative ?


and what about circular canopy.

Absolutely nothing is said.

Many thanks indeed, Granit.
Made a comparison of upper and side view and that circular canopy just seems not actually to be
a part of the Z-52. and in Maverics post, it seems to be more a kind of earmark anyway.

I want to explain the difference between Z-135 and Z-135 Crane drawings.

here is some Zlin Projects. 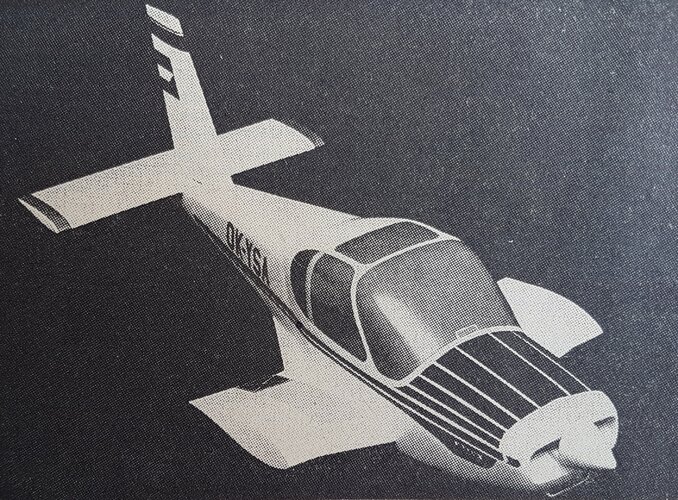 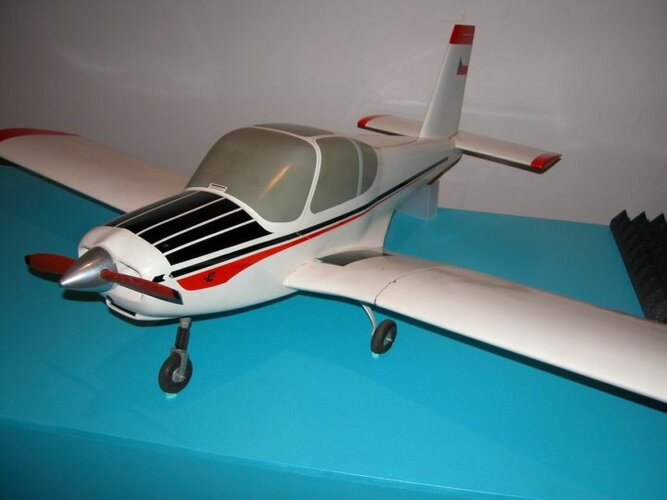 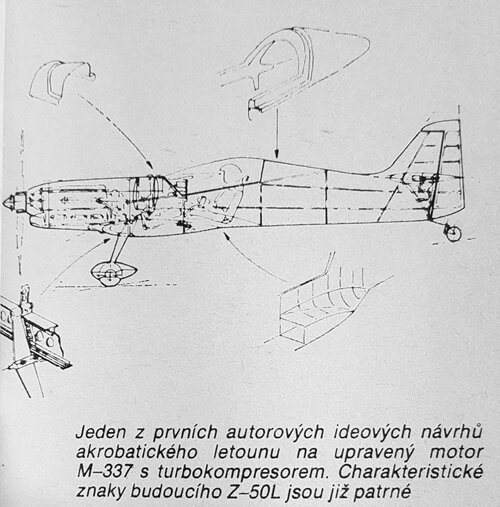 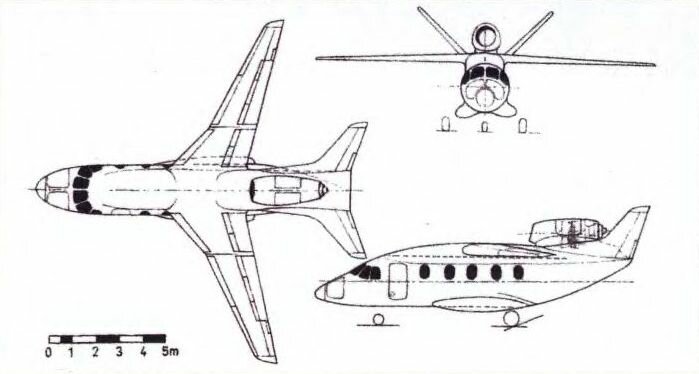 No more information about the Mikula-Project?
S

No, the picture was given without further specification in the L + K magazine in connection with the death of Mr. Mikula.

Interesting how he incorporated several contemporary concepts into a high-wing business jet.
First question: why a high-wing?

Note that the cabin pressure vessel is a simple cylinder with the wing structure completely outside. Then Engineer Mikula added a wing root, streamlined box to fair the wing roots into the fuselage ... common on low-wing passenger jets. We wonder why the entire main-wing trailing-edge is swept when most jet airliners now have flaps perpendicular to airflow ... for better lift at low-speeds.
They still needed landing gear sponsons to install LG outside the pressure cabin.
The V-tail was used on a few other light jets like Vision Jet, Cirrus Jet and Jet Sonex.
The V-tail surfaces look big enough for cruise, but we question if they are large enough for low-speed control, considering the short tail moment arm.
Share:
Facebook Twitter Reddit Pinterest Tumblr WhatsApp Email Share Link