Hi boys,
in one of my last posts I made a brief reference to the FMC XR311 scout car (nicknamed G. I. Hor Rod), in my opinion one of the sexiest military vehicles ever designed. The XR311 impressed the Japanese kitmaker Tamya much more than the US Army and this forerunner of the present day Hummer today is near forgotten, modellers world apart.
I think would be of interest reproduce here the text from Ian V. Hogg and John Weeks 'Military Vehicles' (Hamlyn, 1980):
XR311 Scout Car 1970
This is officially described as a High Mobility Wheeled Vehicle and was privately developed in 1969-1970. It was intended to fill a variety of roles, including scouting, carriage of light antitank weapons or mortar, convoy escort and ambulance. Though extensively tested by the US Army for some years it has not yet been adopted, though a number have been sold to the Israeli Army as scouting vehicle (Nico note: I never saw an R311 in Israeli colours but the Ramta RBY appers to be very like and perhaps is a modified licensed version).
The XR311 uses a steel sheet chassis, augmented by a tubular stiffening frame which passes over the passenger compartment to act as a roll bar. The engine and transmission are at the rear of the body. All wheels are independently sprung and driven, and limited-slip differentials ensure that traction is mantained under all conditions. Puncture-proof tyres are used as standard, and various optional fittings are available, including armoured radiator, armoured fuel tank, stretecher racks, radio kits and extreme climate kits.
The standard vehicle mount a machine-gun on a ring mounting over the passenger(s seat; other armament options include various type of anti-tank missiles, a 106-mm recoilless rifle and a 40-mm grenade launcher.
Specifications are the following:
Length 4,34 m, width 1,93 m, height 1,60 m, weight 2,767 kg, crew 3, power Chrysler V8 petrol, 187 bHP at 4,000 rpm, speed 130 km/hr, range 480 km, maker FMC, San José (Calif.).

According to my research, the armament comprised a choice from a multi-purpose M60 7.62-mm machine-gun, a Colt-Browning M2HB 12.7-mm heavy machine-gun, an M60 106-mm recoilless rifle, a TOW anti-tank missile launcher; was also devised (but not build) an ambulance version.
The engine was a Chrysler 360 o 318cid and possibly with Chrysler A727 Torqueflite transmission, the more powerful version of those engines the car could reach 145 km/hr.
Production ceased in 1978, after prototypes and pre-series vehicles (I have different indications: nine cars or "no more than twenty"). Two years before, in 1976, some engineers from FMC with experience with the XR311 development founded Mobility Technology International and offered a derivative of the XR311 to Italian supercar maker Lamborghini that bought the design and named it LM002 Cheetah; a prototype was built in 1977. "Lambo" intended bid the contest for the Humvee but there rosed a litigation about the ownership of the project. Then there was no Lamborghini Hummer candidate but the Italian maker developed further prototypes and version for the international military and commercial markets.
Picking information here and there on Internet (again about XR311) we found indications of three prototypes for each of three configurations: Anti-Tank Variant with one 6-shot TOW launcher (with 10 reload missile) or one 106 recoilless rifle with six rounds; Armed Reconnaissance Variant with one machine-gun (12.7 or 7.62-mm) or an XM174 automatic grenade launcher; Escort/Security Variant with one or two 7.62 machine-gun or 40-mm grenade launcher.
Anyway the XR311 is a fascinating topic as well the "Rambo Lambo" and the Israeli Ramta.
Nico

There was an all-armored XR311 proposed, presumably intended for convoy escort duty. I've seen a picture of it before, but can't find it now.
S

I'm not particularly into military vehicles, but I must admit this one is quite a beauty!
B

If I'm not mistaken, a fellow found one of the prototypes and restored it to street legal condition and was offering it for sale. The owner had a site up about the project, But for the life of me, I can't find it again. It's been awhile since I've seen anything about that example, but here are some images of it after restoration.

From the Future War Stories blog, the Cheetah: 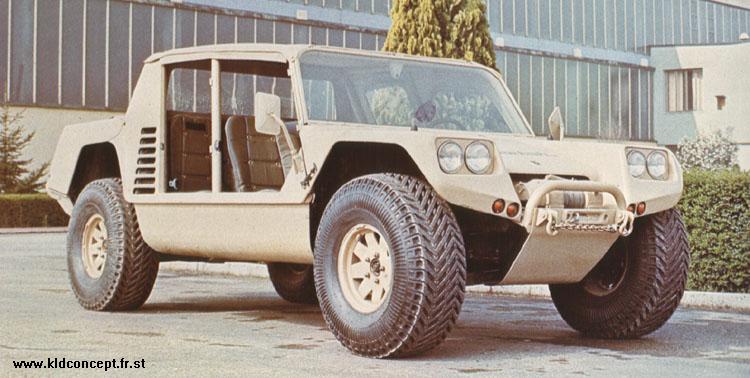