This extraordinary mockup(?) of a Westland WG.33 coaxial helicopter dates from 1979. Looking for more information.

It was a derivative of the WG.25 drone, somewhere on the net I found the
following text :
"Built in 1977 at Yeovil, Somerset and intend to be a 2-seat light reconnaissance
helicopter powered by either a Plessey Meon turboshaft engine or one/two piston
engines. Following on from experience gained during the development of remotely
piloted helicopters Westland started investigations in 1977 into a light two seat
helicopter that could be used for aerial reconnaissance without the need for a skilled
pilot. The two crew sat side-by-side in a circular fuselage giving excellent all round
visibility. Having built a mock-up in 1977 to show prospective customers, the project
soon faltered due to a lack of interest or funding by the UK Ministry ofDefence and in
early 1979 the project was formally abandoned. The mock-up was placed in storage
before eventually being presented to the Museum for preservation in 1980. It is
currently under restoration and reasssembly. "

That's the text from avia.russian.ee

There's more images of the WG.33 at the following links: 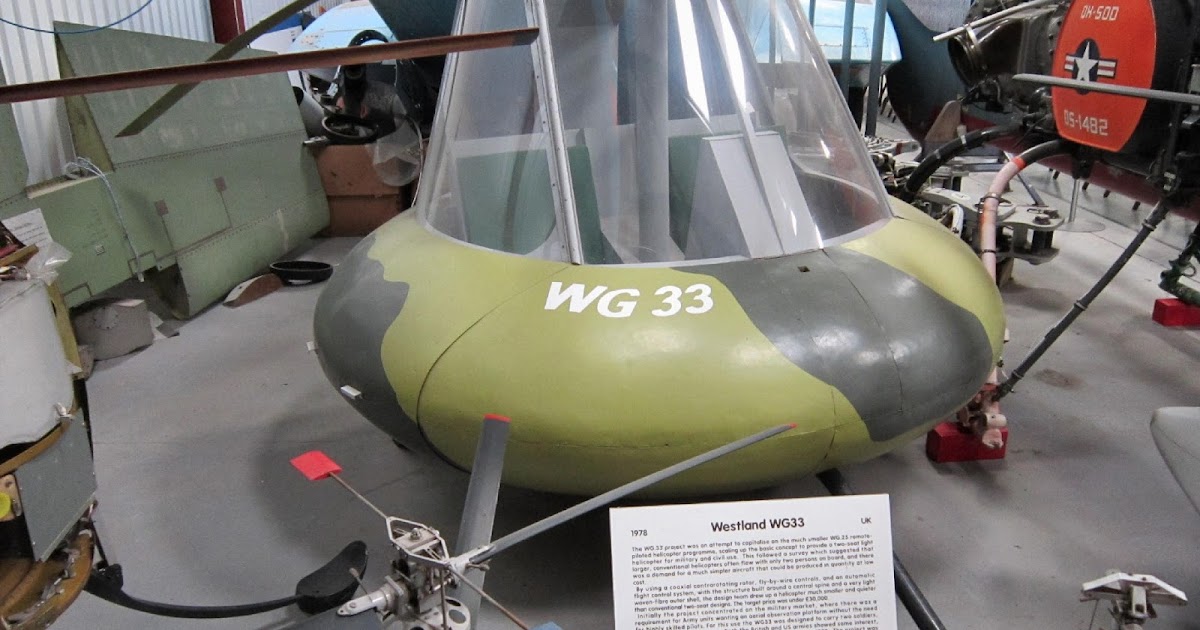 Here are some pictures of an odd little vehicle I saw at the Helicopter Museum in Weston-Super-Mare last week. It struck me as looking like...